One of rugby’s fiercest rivalries gets another chapter in its much-storied history later today, when Jacques Brunel’s France take on England at Twickenham Stadium (Kick-off 3pm GMT).

The 46 players involved are just the latest batch who have contested ‘Le Crunch’ for decades, with some of the Championship’s greatest-ever moments coming in this fixture.

Amazing tries, fearsome tackles and captivating plotlines – here are some of our favourite moments from decades of Anglo-French battles.

On a day that would soon go on to be recognised as Super Saturday, the climax to the 2015 Championship was about as brilliant a piece of drama as sport is capable of delivering.

For the first time in the history of the Championship four sides came into the final day with a chance of claiming the 2015 title.
In Rome, Wales first ran riot to put in a claim on the title, beating Italy 61-20.

Next up Super Saturday moved onto Edinburgh, where Joe Schmidt’s Ireland now knew that only a 20-point margin of victory would be enough to overtake the Welsh – they duly obliged with a 40-10 win.

Old pugilists England and France then put on an exhilarating show in London, sharing 90 points as the hosts prevailed 55-35. 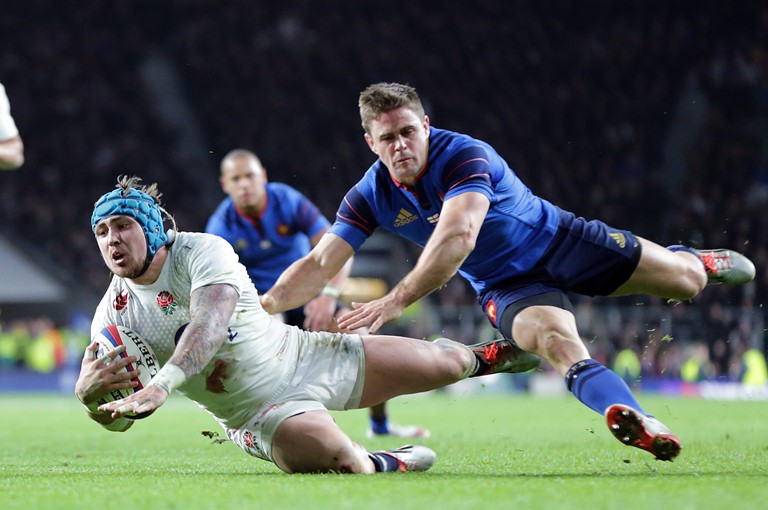 Jack Nowell’s late try left England just a converted score short of their target, and the title, with five minutes left.
Twickenham was now alive as the hosts camped on the French line, all Stuart Lancaster’s side needed was one more converted try, but it wouldn’t come and Ireland were left to celebrate one of the most nerve-wracking titles in history.

A year before and Rugby’s Greatest Championship witnessed another stunning moment, as Gaël Fickou – who starts today – delivered one of the most sensational curtain-raisers to a game.

England got off to the worst possible start in front of 80,000 vociferous supporters in Paris, conceding a try inside 60 seconds when Jules Plisson’s deflected cross-field kick fell to winger Yoann Huget.

The France wing then completed his double before Mike Brown and Luther Burrell touched down, Danny Care and Maxime Machenaud kicking points as England led 21-19 with 12 minutes remaining.

But back came Les Bleus – Brown missed a tackle on Yannick Nyanga down the left and the ball worked its way across the pitch first to Dimitri Szarzewski and second to young back Fickou.

Just 19 at the time, Fickou’s pace took him past Alex Goode wide on the right before he sauntered in under the posts, giving France a beautiful victory but breaking English hearts.

Two years earlier and another of today’s starters – bullocking centre Manu Tuilagi – helped deliver a surprise win for the Red Rose in Paris.

Tuilagi, then just 20, got England off to the perfect start with a 50-metre try that ended up in the corner of the Stade de France – one of the great Championship tries.

His effort was quickly followed by a Ben Foden score, giving England a 14-3 lead after just 20 minutes.

Four French penalties and one English penalty brought the home side back within two points, but a solo score from flanker Tom Croft, scything through Les Bleus’ back division for what would be his final Test try, handed England the ascendancy.

If you’re looking for great tries in the history of Le Crunch – look no further than Dimitri Yachvili’s momentous Grand Slam decider in 2004.

France welcomed England to the Stade de France knowing any sort of victory would grant the Grand Slam, having won all four of their other matches.

The moment of the game came from the ever elusive scrum-half Yachvili and amid a French counter-attack just outside the English 22.

Yachvili ran down the left, chipping the ball past Josh Lewsey before collecting it again and diving over the try line – the 24-21 victory delivering the treasured Grand Slam. 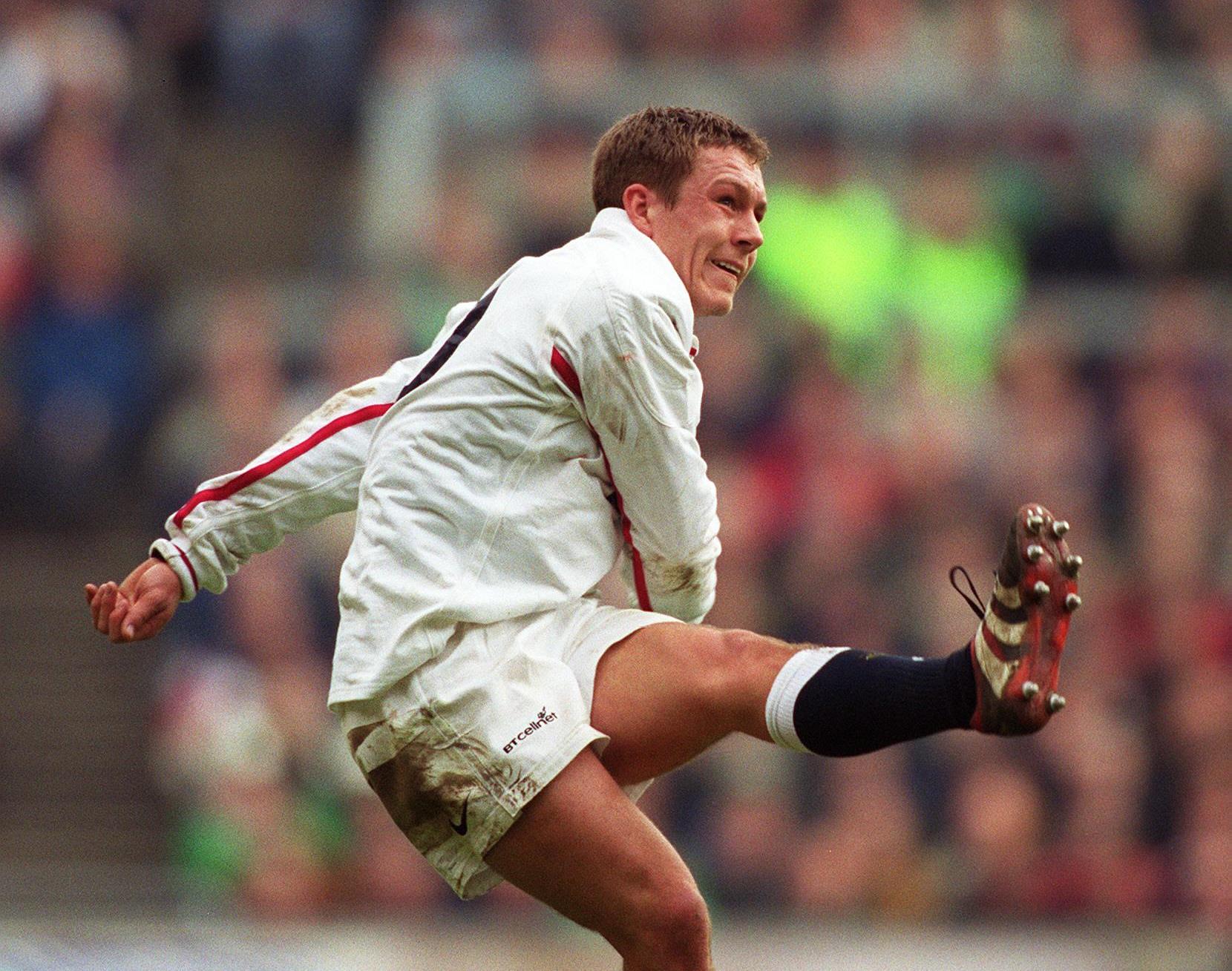 Les Bleus include one Ntamack amongst their replacements today – 19-year-old centre Romain – and 19 years ago his father Emile was on the receiving end of one of the Championship’s most famous tackles.

Back in the year 2000 Clive Woodward was building an uncompromising England side that would go on to lift the World Cup – and fly-half Jonny Wilkinson epitomised their robustness.

France’s matches against England are always intense and Wilkinson’s tackle on Ntamack displayed that perfectly, coming on the stroke of half-time at the Stade de France.

The French wing attempted to go through the midfield but Wilkinson saw it coming – stepping in with his right shoulder with a crunching hit that set the tone perfectly.

What unfolded in 1991 was one of the greatest games the Championship has ever seen, best remembered for Philippe Saint-André’s incredible try – voted by England fans as the try of the century at Twickenham – and England holding on for their first Grand Slam since 1980.

France’s first-half try epitomised the Gallic flair of the era. It started when Pierre Berbizier passed to Serge Blanco inside his own in-goal area from a missed penalty.

Blanco attacked and found Philippe Sella who made the initial break down the right from his own try-line, before fly-half Didier Camberabero overlapped, chipped and regathered.

Camberabero sent an incredible cross-field kick to Saint-André, who streaked in from the left wing and evaded Jeremy Guscott to go under the posts.

The boot of Simon Hodgkinson kept France at bay in the second half, despite further scores from Camberabero and Franck Mesnel – the latter after a scoring pass from Blanco in one of his final acts in the Championship – England holding on for a famous 21-19 win.