Ireland continued their Grand Slam pursuit in the Under-20s Six Nations as they maintained their unbeaten record in this year’s Championship.

They saw off Italy 34-14 at Stadio Centro d’Italia with scrum-half Craig Casey crossing for two tries on their way to win in Round Three.

Battling Wales got the best of England 11-10 at Colwyn Bay thanks to a last-gasp score from replacement Deon Smith.

Finally, France powered past Scotland as they ran in six tries, to Scotland’s five, as they took a 42-27 win in a try-fest at Stade du Hameau.

Here we look back at the key moments in this weekend’s action. 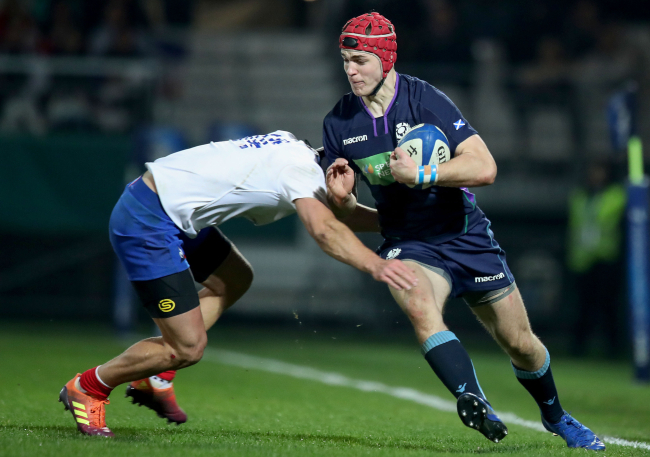 France showed their Championship credentials to hold off a storming Scotland comeback to win on home soil.

The hosts had run up an early 21-0 lead thanks to tries from Vincent Pinto, Eli Eglaine and Jules Favre but Scotland surged back either side of half-time.

Jack Blain scored twice from the wing, once in either half, while Ross Thompson and Robbie McCallum touched down prior to the break – as Scotland left France trailing 22-21.

But France powered back in the final 30 minutes as Jordan Joseph crossed twice and Yoram Moefana added a sixth for the hosts prior to Angus Fraser touching down for a late fifth try for the Scots.

Goalkicking proved a difference between the two sides with a Mathieu Smaïli perfect six from six off the tee while Thompson could only convert one of his efforts.

France now travel to Ireland in Round Four where a win would give them a chance to leapfrog their opponents at the top of table, as they look to retain the Championship.

Smith the hero as Wales win at the last 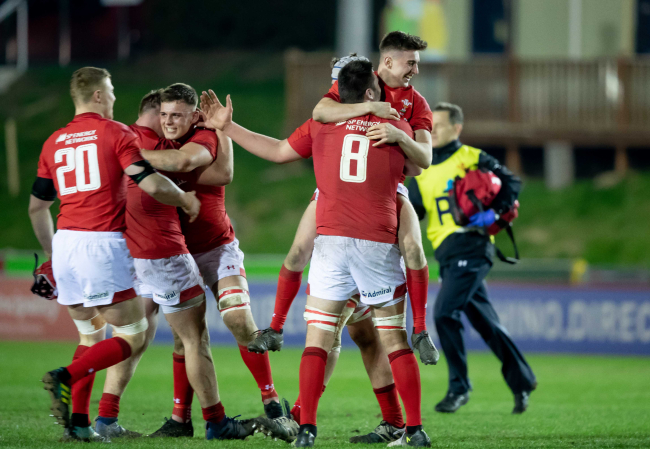 Deon Smith was the match-winner at the last for Wales as he made the most of a late chance out wide to secure their triumph by a solitary point.

Defence ruled the day for the most of the match before the replacement winger touched down as the hosts made the most of an overlap on the left wing.

England had led at half-time thanks to a penalty from Kieran Wilkinson and the visitors continued to look more likely to kick on after half-time.

But Wales made it count on the scoreboard as Cai Evans, perfect from the tee this Championship, grabbed two penalties either side of the hour-mark to put the hosts ahead.

With ten minutes left England looked to have won it when Rus Tuima’s try put them 10-6 up before Smith sent the home fans into raptures as he touched down with the clock in the red.

The result sees Wales move ahead of England in the table, into third with nine points while England have one win from their three games and sit fourth. 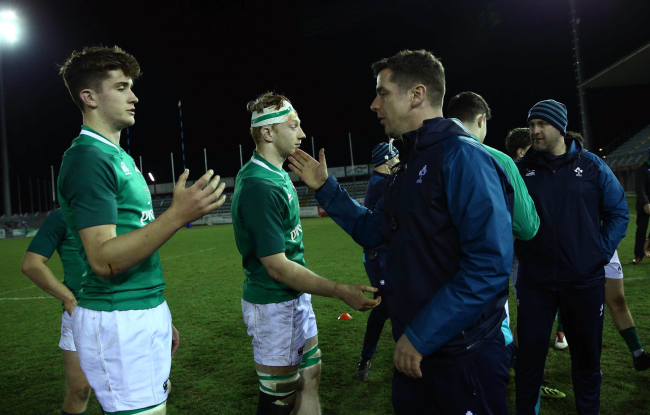 Craig Casey returned from injury after missing out in Round Two and helped his side to a comfortable triumph on Italian soil.

The Irish scrum-half went over once in each half in Rieti to go along with Scott Penny’s try just before the break and one for skipper David Hawkshaw late on.

Harry Byrne kept the scoreboard rolling for the visitors as he notched 12 points on the day.

Ireland are in pole position as they go hunting for their first Under-20 Championship since 2010, with the squad back then including Simon Zebo, Rhys Ruddock and John Cooney.

Italy can take heart from their late resurgence late in the match, with tries from Matteo Nocera and Marco Butturini in the final ten minutes.

They will be looking to continue their form from the closing stages when they travel to England, who are just one point above them in the table, on March 8.