The 2019 Guinness Six Nations is hurtling towards a fascinating climax with Super Saturday set to be one for the ages next weekend.

Round Four set that up perfectly as Wales battled to victory over Scotland in Edinburgh, England’s powerful backs crashed through Italy and Ireland looked back to their very best against France.

England, Wales and Ireland will all head into Round Five with the possibility of winning the Championship title and the stats, powered by AWS, from the weekend tell an intriguing story.

Here are ten of the most interesting nuggets.

At Twickenham, England ran at Italy and ran at them hard en route to a 57-14 victory – maintaining their impeccable Championship record over the Azzurri.

In the build-up, plenty was made of the power of England’s backline with Ben Te’o, Manu Tuilagi and Joe Cokanasiga providing a trio of thumping ball-carriers. 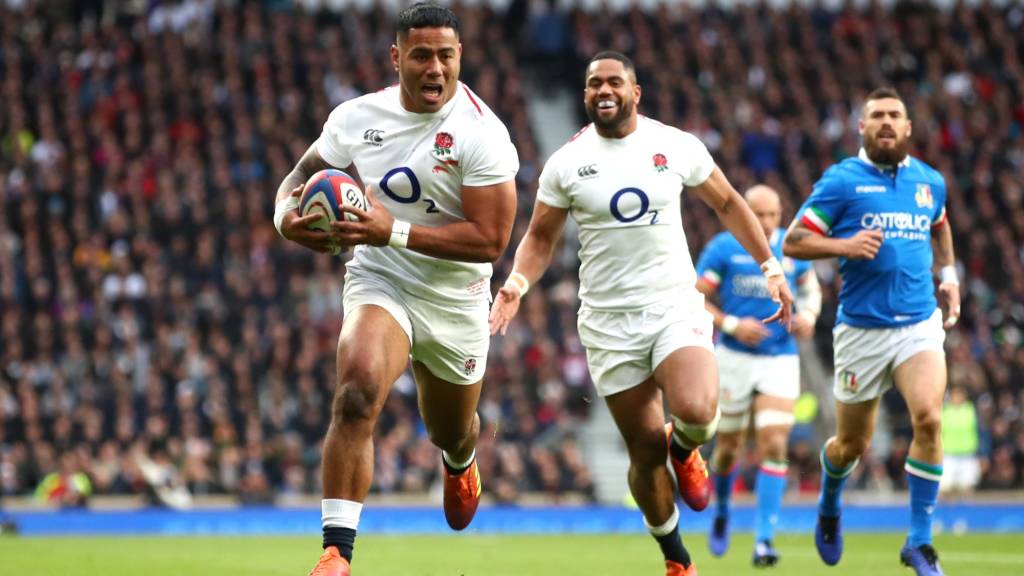 England players might have dominated the metres made chart but in terms of number of carries it was a pair of Irishmen leading the way as they got out to a fast start in Dublin, before a late French surge made the final score 26-14.

No.8 CJ Stander, returning from a facial injury, and lock James Ryan ran at the French defence on 18 occasions, with a pair of Italian back-rowers – Braam Steyn and Seb Negri – having one carry less, as did Vunipola.

One final nugget in terms of carries, Vunipola’s totes for England were arguably the most important of any player in Round Four.

The powerhouse No.8 carried the ball out of his own 22 on four occasions – no other player did so more than once – proving he’s trusted by Eddie Jones in key situations and delivering on that trust.

Italy may have suffered defeat at Twickenham but scrum-half Tito Tebaldi, who impressed so much in his comeback from injury against Ireland in Round 3, was once again on form.

The No.9 was directing the attack for the Azzurri and played 35 more balls (128) than any other player, with his number of general effective passes (112) also being 28 greater than Conor Murray with the second most.

It didn’t lead his team to victory but Tebaldi was superb for the second round running as he continues to impress. 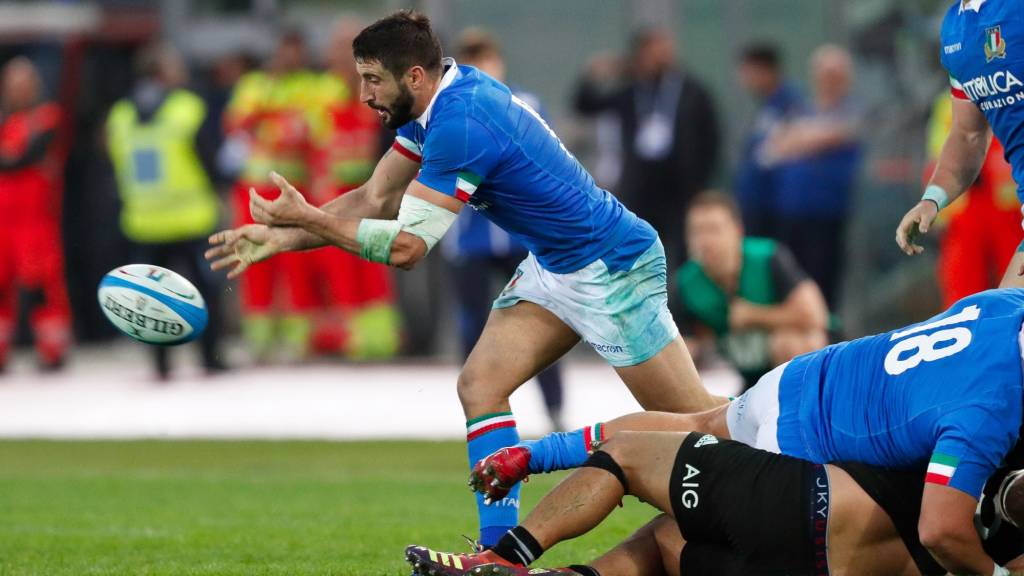 France scrum-half Antoine Dupont has lit up this Championship with his attacking play – and offers a skillset perhaps unique to any No.9 in world rugby.

Making more line-breaks and offloads, the second-most tackle breaks and the fifth-most metres carried of any Guinness Six Nations player, in just 34 minutes of action no less, against England in Round Two will go down as one of the most remarkable statistical performances for a long time.

Throw in the fifth-most kicking metres (167.8) and more kicks out of his own 22 (4) than anyone else and the young French star is developing into an all-round threat.

Renowned for his kicking and game management in the ten jersey, Gareth Anscombe showed a sleight of hand in the 18-11 victory over Scotland that many may not have been aware of.

It was Wales’ relentless defence, perfectly honed by Shaun Edwards, that stood out as they kept their Grand Slam hopes alive by grinding to victory in Edinburgh but Anscombe also demonstrated an attacking flair.

He completed four offloads when no other player in the Championship successfully pulled off more than two. 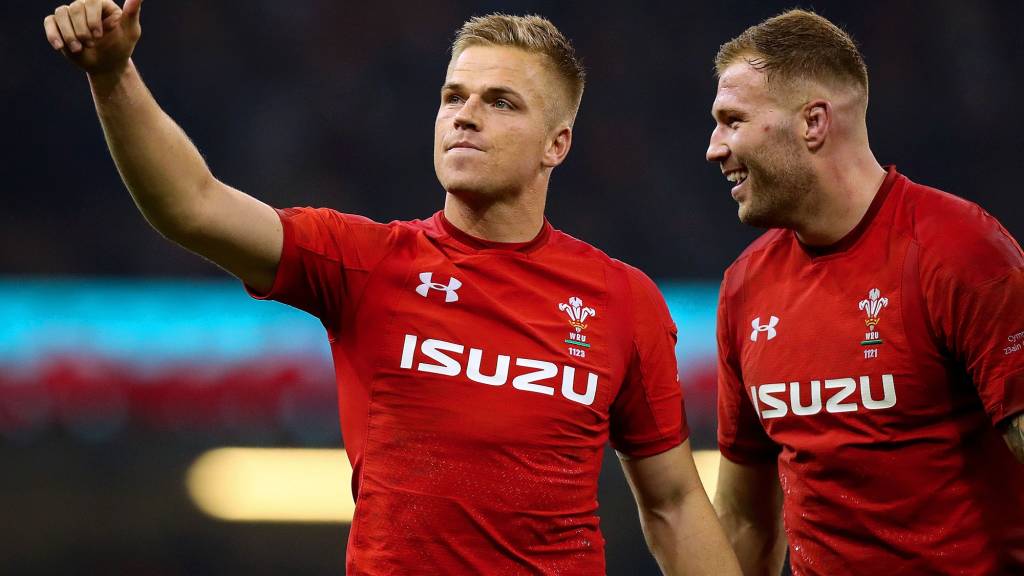 CASE FOR THE DEFENCE

And speaking of that relentless Welsh defence, they were certainly forced to work hard as they completed 228 tackles to Scotland’s 168.

THE SCOTS ARE CLEANING HOUSE

Scotland may not have been able to quite overcome Wales but their forwards put in a huge effort when it came to cleaning out rucks and retaining possession.

Three of the top five players in the cleanout charts were Scots as Stuart McInally (21), Allan Dell (20) and Grant Gilchrist (16) all made the list, along with Welshman Tomas Francis (18) and Andrea Lovotti (14).

Another interesting statistic, powered by AWS, when it comes to rucks is the time of arrival. And in that facet, Ireland impressed.

It took them between zero and three seconds to arrive at a ruck in 72.6% of cases, more than any other team – with Italy second at 68% of the time.

And if they didn’t arrive in the first three seconds, the Irish generally got there before the six-second mark, with only 3.5% of their ruck arrivals being after six seconds – with every other team doing so in at least 11% of instances. 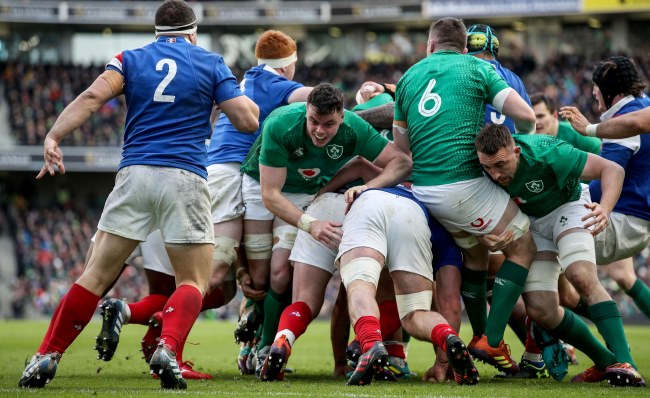 And finally, lineouts proved by far and away the most common origin of tries in Round Four – with 11 scores (57.9%) originating from that method of restart.

Counter-attacks were the second-most common try origin, providing four tries – accounting for 21.1% of five-pointers, with three coming from turnovers and just one from a scrum.

So in Round Five, teams would be well-served to focus their efforts on ensuring successful lineouts.

Share this article:
Previous Story Claffey finds plenty of positives for Ireland despite defeat
Next Story Priso and Galletier called up by France