Scott Hastings in action against Ireland during the 1987 Championship (Inpho)

Scotland have not won at Twickenham since 1983 and the formbook suggests this year’s trip is unlikely to end the barren run.

But Scott Hastings insists Scotland can derail the Auld Enemy’s Championship bid on Saturday – provided they produce the performance of their lives.

Tissot, the official timekeeper of the Guinness Six Nations, has invited some rugby experts and legends to share their views on the games and the teams throughout the Championship.

And ahead of Super Saturday’s Calcutta Cup clash, former Scotland centre Hastings has his say.

CLICK HERE TO VOTE FOR YOUR #TOPMOMENT FROM ROUND FOUR

My first-ever game against England was a bit of a dream come true.

It was back in 1986 in the Five Nations, I scored my first try for my country and we recorded an amazing 33-6 win.

That year the talk was all about a juggernaut England pack that were going to steamroller us.

But we picked five No.8s in the pack and played with a high tempo, shifted that pack around and it worked – maybe Scotland can take note of that this weekend.

Admittedly that game was at BT Murrayfield, and in all my career I never got that win at Twickenham. 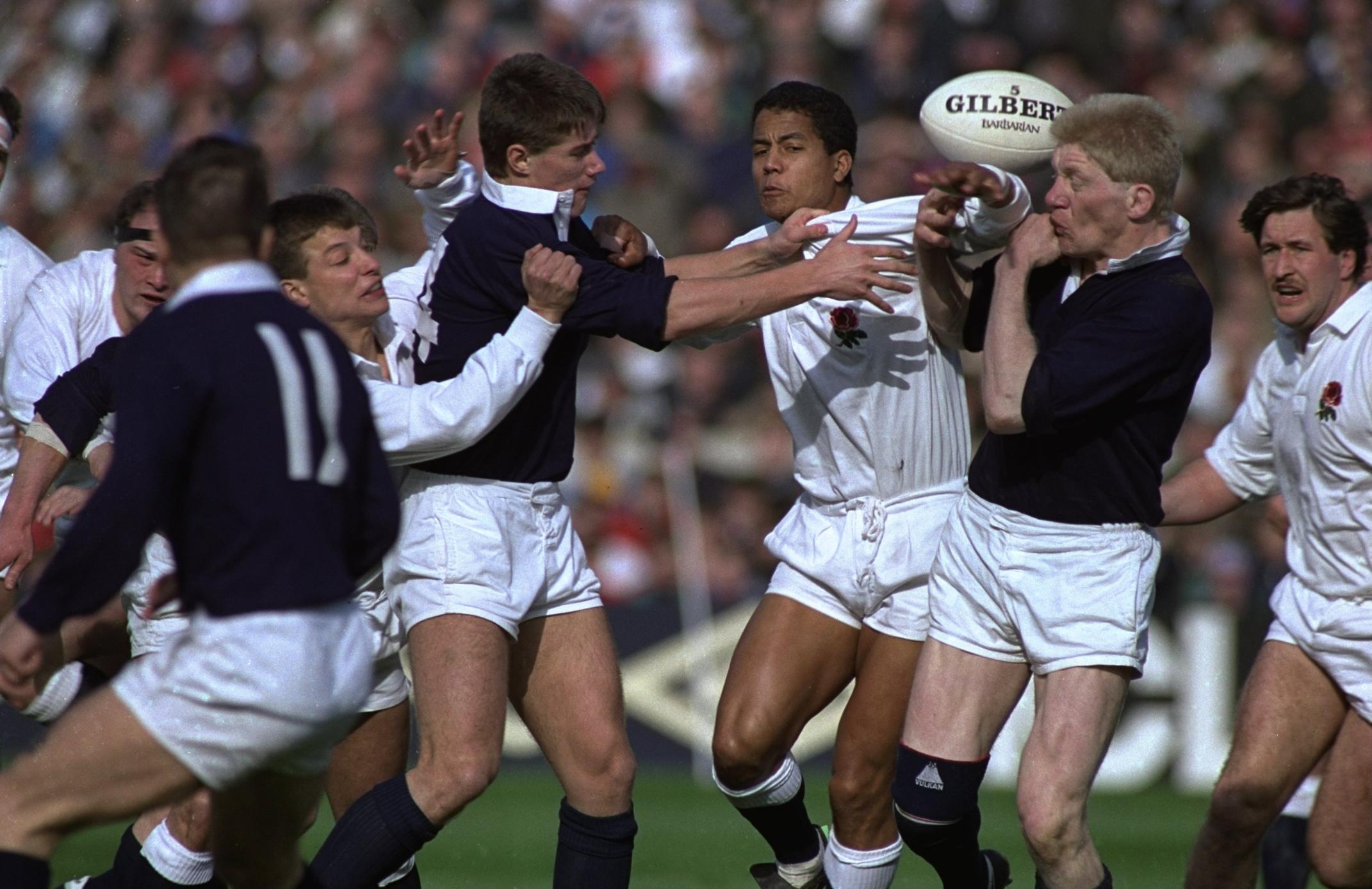 We went there in 1995 chasing a Grand Slam, we had our chances and it was a bitter pill to swallow in the end.

You will get chances, but if you don’t take them, England will suffocate you. So a word of warning.

STARING DOWN THE BARREL

Scotland have not won there since 1983. The best I ever did there was a 9-9 draw and even that was hard-fought.

And on current form, Scotland could be staring down the barrel of another 60-pointer like in 2017.

If they are not on song. That place is an absolute fortress.

It is a huge, huge fixture, with an edge to a game like no other. England away is without a doubt the hardest game of the Six Nations.

Twickenham is an intimidating atmosphere, but if you get it right and play the game of your life you can get a win. 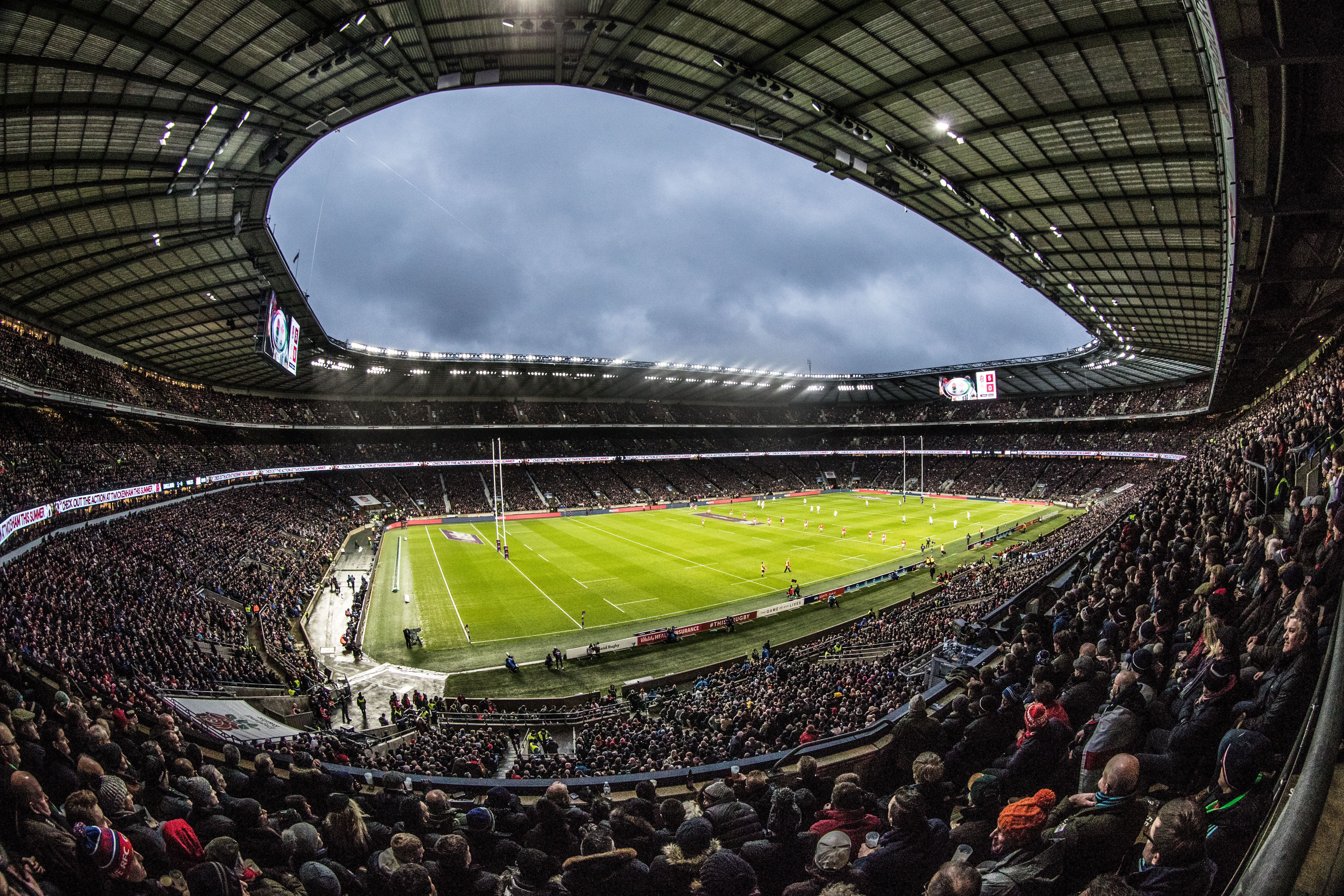 The Calcutta Cup, the oldest fixture in the international game, the rivalry, that record has to go some time.

Even though Scotland go down there having been beaten by Wales, you can throw the formbook out the window.

Scotland can produce. They got stuffed by 60 in 2017, but don’t forget they did score three tries themselves that day so they won’t be afraid to attack England.

There will have to be a couple of changes but Scotland could still turn in a performance.

It is a big ask, but if Scotland are going to win down there they have to play the game of their lives.

Scotland will have to take confidence from the fact that played outstandingly well last year in this game and destroyed England’s defence.

Most importantly, it means that Scotland don’t fear England. They know if they deliver their gameplan. With their high tempo running rugby and, crucially, their accuracy they can do damage.

Last year they showed that and look how it paid off! Yes there was some risky rugby, but it came off and Scotland do have an opportunity again in 2019.

But I am not underestimating the task at hand. It would be a monumental result if they can do it. And a disaster for England, but the great thing about sport is you never say never, especially in this great Guinness Six Nations, and long may that continue.

Overall, this Championship looks like a backward step for Scotland, but at the end of the day it is up to the players and team to respond and see if they can deliver a response that they are capable of.

But ultimately, the error count and the tactical naivety in their game has prevented them from firing on all cylinders.

The word I would use for them is intensity, there is not an intensity to their play at this moment in time.

Compare that to Wales’ magnificent win over England that was full of intensity. That brings all the other building blocks, players performing to international level. And that hasn’t been there for Scotland. 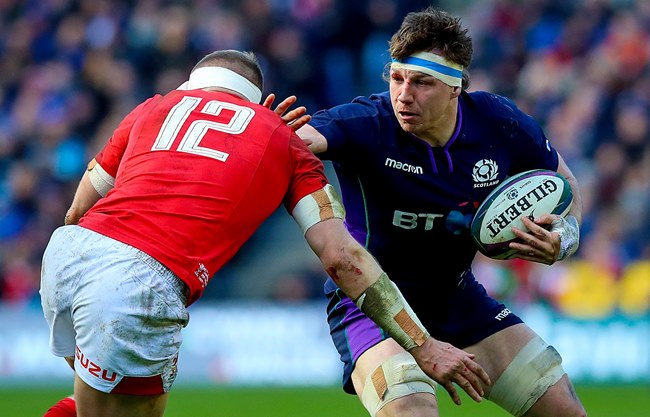 But the return of Hamish Watson to the back row will be huge, if we can get the midfield and back three right then they have a chance. Scotland always have a chance.

CLICK HERE TO VOTE FOR YOUR #TOPMOMENT FROM ROUND FOUR

Share this article:
Previous Story Eight changes as England look to end Under-20s Championship on a high
Next Story Seven changes for Wales as they aim to stop Ireland Grand Slam