The final round of the Guinness Six Nations brought with it all the mouth-watering action we could have hoped for and more as Wales were crowned Grand Slam champions at Principality Stadium.

Given their outstanding display in the 25-7 triumph against Ireland, it comes as no surprise to see former England Women’s star Nolli Waterman include ten Welshmen in her team of the round.

A former full-back herself, Waterman was most impressed with the performance of Gareth Anscombe in that position but insisted that his heroics would not have been possible if it wasn’t for Dan Biggar stepping in at No.10.

Four players from England’s remarkable 38-38 Calcutta Cup draw with Scotland at Twickenham also make the grade, as does one man from France’s 25-14 victory away in Italy.

Here is how Waterman’s full Team of Round Five looks:

1 Rob Evans – Wales
He was incredibly abrasive, stood up at set-pieces when he needed to and he just added a firepower to that Welsh front row against a very aggressive Irish team.

2 Ken Owens – Wales
With their lineout having been under scrutiny heading into the clash, I think he only missed one all game. In those windy, rainy conditions at Principality Stadium it was pretty impressive. His work-rate and work ethic around the field is phenomenal too. 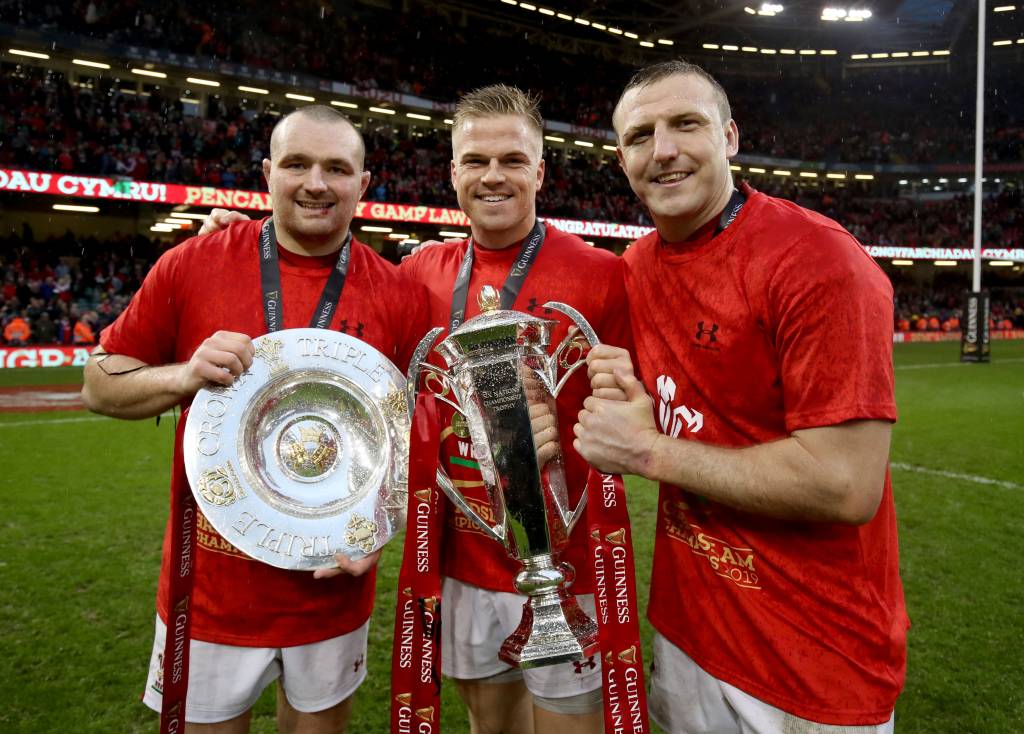 3 Kyle Sinckler – England
He is interesting because he has an aggressive yet very skilful style. He has got really lovely soft skills in terms of pulling the ball out the back and he adds another dynamic. From a defensive perspective, he put so much heat on Scotland and all the other teams during the Championship.

4 Adam Beard – Wales
He produced some incredible lineout defence. I think he turned over one right on the Welsh line and his stats are pretty ridiculous. What he delivered at set-pieces was exactly what his team needed.

5 Alun Wyn Jones – Wales
He is a monumental leader. Out of his 17 tackles, he missed none and at one point he even looked like he had injured his knee but he got up and carried on. Everything about the man is just what any leader should aspire to be on and off the field. He is my tip for Player of the Championship.

6 Josh Navidi – Wales
He’s a total tackling machine. I think he made 25 in total which is ridiculous! He was just like a ninja and created havoc but does the hard work too and does it well. I think he can go down as the unsung hero of the whole Championship.

7 Tom Curry – England
Once again a consistent performance from a player so young and he took his try really well. He got a couple of really key turnovers and although he gave away one of the penalties that led to a try I think he is exactly what you need from a No. 7. 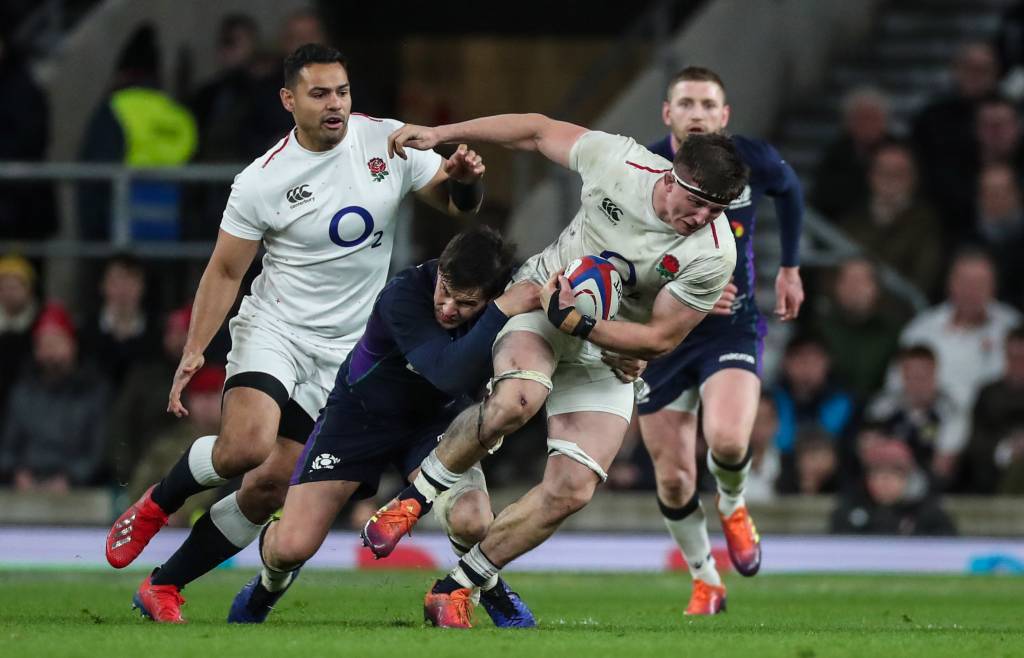 8 Ross Moriarty – Wales
A special mention has to go to Sergio Parisse for his work-rate and then for his 90th game as captain too. But Moriarty was so confrontational – he took his game to a new level. I thought he was really impressive because he could have easily boiled over but kept his cool.

9 Gareth Davies – Wales
I’ve mainly chosen Gareth because he just did his job in a game where you need your decision-makers and distributors to move the ball and in conditions like that it is never easy. A special mention also goes to Ali Price because I think Scotland’s second-half comeback was sparked by him.

10 Finn Russell – Scotland
His pass selection and how he played was immense. He carried out his same attacking style of gameplay even when they were under pressure. He is still young and didn’t crumble which is impressive. 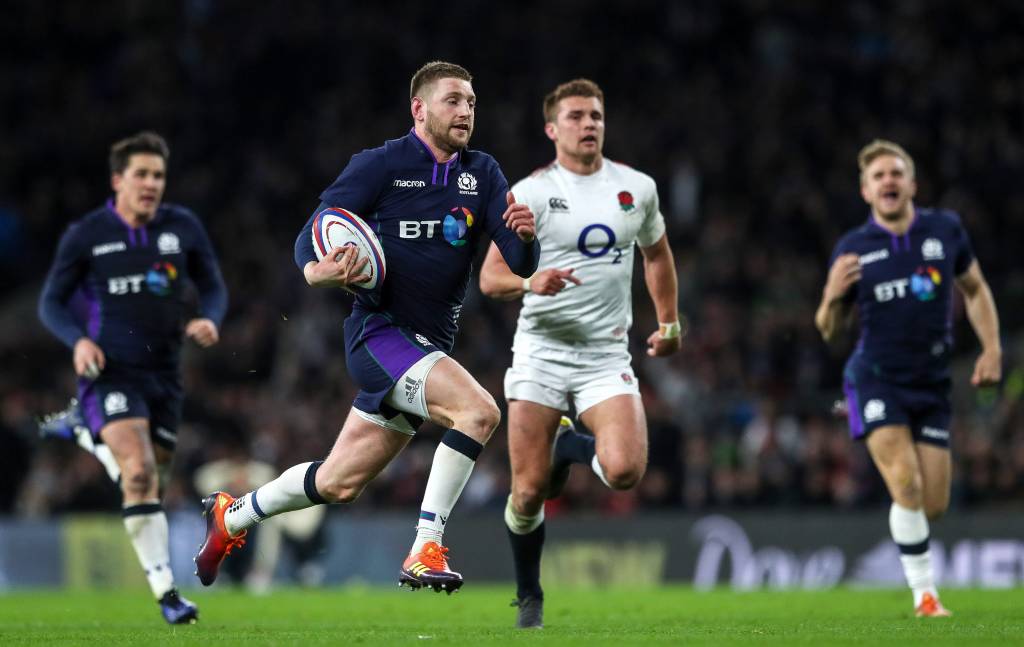 11 Jonny May – England
He put in a consistent kick chase and he was getting under the ball. I think from a team that all went a bit missing in the second half, he was the one who had a really good game. He attracts so many defenders when he gets the ball.

12 Hadleigh Parkes – Wales
He took his try well but you would expect any international centre to do that – for me it was his try-saving tackle on Stockdale that stood out.  To be able to catch him and then bring him down with the scores as they were, I think it gave Wales a massive psychological advantage.

13 Jonathan Davies – Wales
He worked so hard defensively and I think he did everything well. He just never stops going for 80 minutes and gets all the basics right.

14 Damian Penaud – France
He took his try well and set up Antoine Dupont but his tackle on Marco Zanon saved his team. France had been under the cosh but he was really consistent and very exciting. 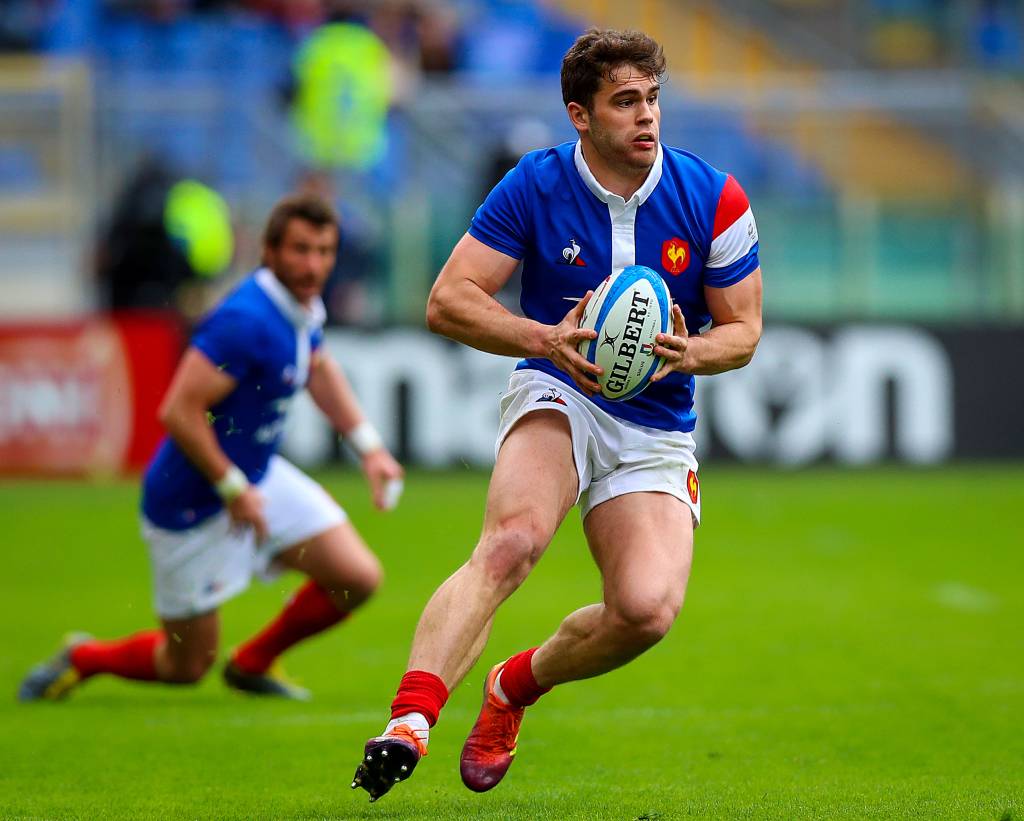 15 Gareth Anscombe – Wales
His clinical goal-kicking obviously won them the game but it is also worth mentioning that after Dan Biggar came on and slipped in at fly-half, it helped take some of the responsibility away from Anscombe. It allowed him to just concentrate on his own game from full-back.