In many ways, England’s second game of this Rugby World Cup is a step into the unknown.

They are in a new city – Kobe – facing the USA for the first time since 2007, with a new-look starting XV and doing it all on just a four-day turnaround after their opening win over Tonga.

But it is not all unfamiliar for Eddie Jones’ side, who have been preparing for this game for years.

Last autumn against Japan they shortened their preparations to replicate the scenario they now face – and the starting XV they have picked is very similar to the side that played Wales back to back last month in their warm-ups.

Throw in the fact that the USA matchday 23 contains eight players who currently ply their domestic trade in England, not includng former Leicester Tiger Blaine Scully who skippers the Eagles, and suddenly it does not appear quite such an unknown.

It gets better still, England’s defence coach John Mitchell was the Eagles head coach until as recently as 2017 so they have some inside knowledge to work with.

George Ford, Billy Vunipola, Tom Curry, Joe Marler and Elliot Daly are the only five starters who back up from Sunday in Sapporo.

But despite the manifold changes, there is still an experienced core to the side.

Joe Launchbury and George Kruis pack down together in the second row, Marler and Cole combined have 154 Tests of experience in the front row.

In the backs Joe Cokanasiga gets the nod on the wing for his first World Cup start while Jonathan Joseph and Piers Francis are the centres.

Launchbury revealed this week that the greasy conditions under the roof at the Kobe Misaki stadium have surprised them in training, and they will need to tighten up after handling errors plagued their opener.

The USA are arguably the most improved side in world rugby over the last four-year cycle and will rip into this clash, their first of the tournament.

But England have won five from five in their history against the USA, and will hope they are prepared for every eventuality

Eddie Jones on facing the USA:

“We are ready for the next match and looking forward to the USA who will be a different proposition, have had two weeks to prepare for the game and we know they have been down in Okinawa training with the Marines and so they will be battle hardened.”

Jones on Dan Cole reaching 91 caps and getting back in the squad:

“I am so pleased for him and it is such a proud moment for him and his family because 12 months ago we were probably thinking he would not be going to the World Cup and he has just worked harder on his general play.

“He is an outstanding scrummager and has got a lot fitter and really made a difference to the scrum. It will be a great night for him.”

Joe Launchbury on his first start of the tournament:

“It is a great opportunity for myself and a number of guys in this squad, we have spoken about a squad effort.

“I am very excited to get out there and try and keep our momentum going.

“It is slightly different compared to back home, pretty early on (in training) it got pretty wet and the ball got a bit greasy as well.

“For us as players we have to try and maybe take the ball a little earlier, rather than catch it on the line.

“We were pleased with large areas of our game four days ago, but one area we really want to improve is our attack, keeping hold of the ball and adjusting to the conditions pretty quick.”

“We have a style of play and areas of strengths that we’re pretty confident we’re quite good at and I think we need to impose that. If we go away from that and try to play a style of play we’re not accustomed to, or we allow England to dictate the terms of the game, then it’s going to be a tough evening for us.”

The man to watch from the Eagles perspective is undoubtedly hooker Joe Taufete’e.

Relatively well-known to English audiences for his club showing with Worcester, it is on the international stage that he has really caught fire.

The hooker has scored a staggering 20 tries in just 23 caps – that try tally is already more than any other player in the history of the game in the tight five. 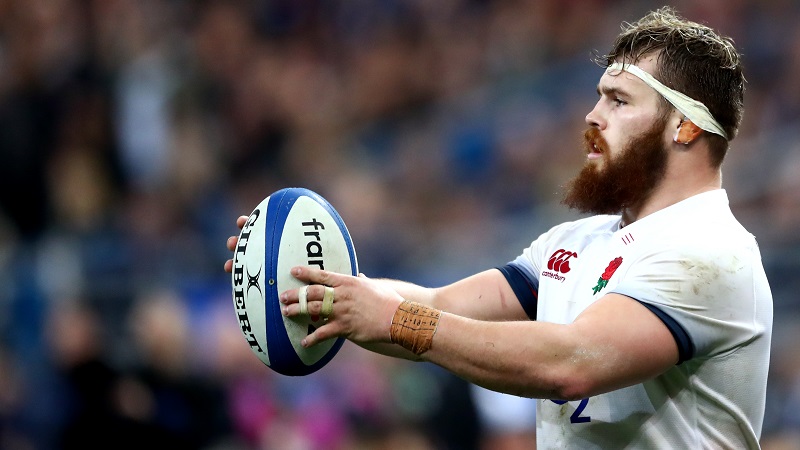 A threat both from rolling mauls but also with his smart footwork near the line, the 26-year-old will take some stopping on Thursday.

But England have their own try-scoring sensation at hooker in Luke Cowan-Dickie.

He might not quite be on Taufete’e’s level but, after going 11 caps without a try for the Red Rose, he has now scored three in his five appearances including the vital bonus point in Sapporo last Sunday.