Scotland have made the knockout rounds of a Rugby World Cup every time except once.

But if they want to avoid repeating that bit of unwanted history from 2011, then they will need to overcome both Mother Nature and an unbeaten Japanese team on Sunday in their Pool A decider.

Gregor Townsend’s side are waiting anxiously as Super Typhoon Hagibis rages across eastern Japan on Saturday.

France and England’s clash in Yokohama 24 hours earlier has already been cancelled, but World Rugby will wait until Sunday morning before deciding if Scotland’s clash with the tournament hosts can go ahead.

It would be cruel if it was the weather that sent Scotland home, but they have their hands full to make it through even if the game does go ahead.

Japan have made light work of Russia, Ireland and Samoa already this tournament and are aiming to making it out of the pool stages for the first time ever.

These are two of the most entertaining sides in world rugby when in full flow, but with the weather it remains to be seen what sort of conditions the game is played in.

Three years ago, the Brave Blossoms claimed three wins from four in pool play – their only defeat coming to Scotland – and yet still missed out on the quarter-finals.

This time around they want to finish the job off in style, Jamie Joseph making four changes to the starting XV that beat Samoa last Saturday.

Hooker Shota Horie returns from the bench last week to the starting line-up. Second-row Luke Thompson returns to replace Wimpie van der Walt who drops out of the 23. Winger Kenki Fukuoka, who scored the winning try against Ireland, replaces Lomano Lemeki on the left and full-back William Tupou comes in for Ryohei Yamanaka.

ICYMI | Your @Scotlandteam to face Japan in our final #RWC2019 Pool A Test this Sunday! 🏴󠁧󠁢󠁳󠁣󠁴󠁿

And for this clash, Townsend has made 12 changes to the team that beat Russia on Wednesday.

Fraser Brown, Darcy Graham and Tommy Seymour are the only players selected for the starting XV who started earlier this week, although Brown moves to hooker from openside as skipper Stuart McInally drops to the bench.

Seven players return to the starting XV having been left out of the 23 altogether in midweek. Allan Dell, Jonny Gray, Blade Thomson, Greig Laidlaw, Finn Russell, Sam Johnson and Stuart Hogg make up that group with Laidlaw taking over the captaincy as well.

Gregor Townsend on dropping captain Stuart McInally for Fraser Brown: “We believe for this game and for the way Fraser has been playing, the balance of Fraser starting and Stuart coming off the bench is the right way to go for a number of tactical reasons, and to reward Fraser’s really good form over the last three games.

“Stuart is not in his best form. He was much better against Samoa compared to the Ireland game.

“Fraser has been excellent since coming back from injury. We have seen Stuart improving in training and believe he can have a big impact in the second half.”

Townsend on the prospects of the game being cancelled: “I am of the belief that game will go ahead. We just have to get through tomorrow and the weather that is coming into this area. The weather for Sunday is very good. We have seen how this country has responded to big weather events and other natural disasters.” 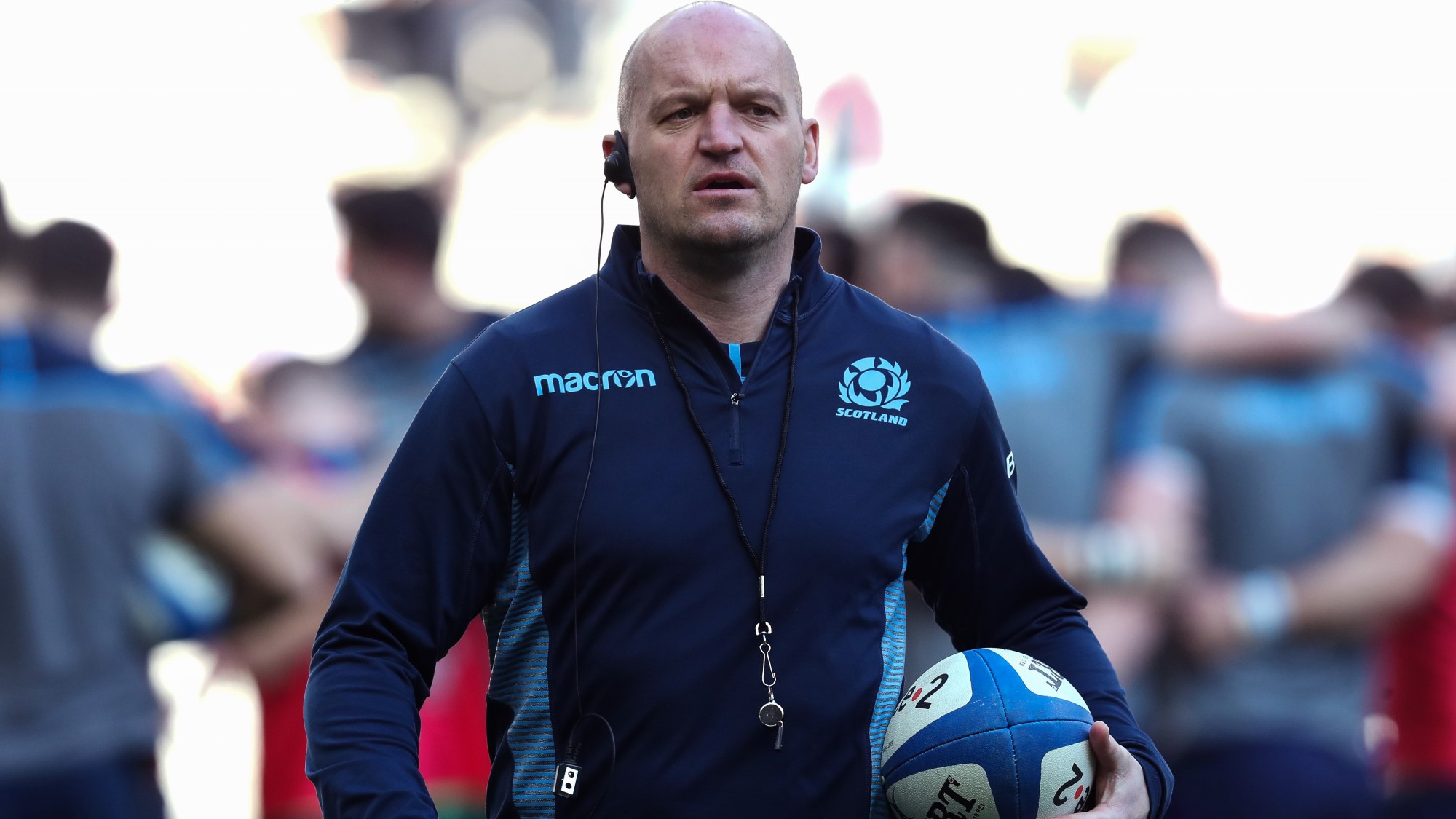 Japan head coach Jamie Joseph: “In the past few days, through the media reports that I’ve read, I feel they undermine the achievements of the Japanese national team. We’ve played and won three Test matches and put us in the best position.

“I’d like to remind everybody it hasn’t been a fluke (but) a lot of hard work. We’ve been in the camp for 240 days this year alone.”

Joseph on the key areas in the match against Scotland: “We know they are a very good rugby team, very experienced, they have got a lot of X-factor. It’s a team that Japan’s never beaten before.

“When you haven’t done something before it becomes hugely motivating, exciting and challenging for the team. How we play the game is going to change now because the typhoon is coming.

“What we’ll be expecting from more-experienced Scottish team is aerial pressure and big physical presence around the maul, those sorts of areas and we’ll probably do the same if we had those sorts of players but we don’t so we have to stick to what we do well, and you’ll have to wait and see it on Sunday what it looks like.”

There are fascinating face-offs everywhere you look on Sunday. Shota Horie against the re-installed Fraser Brown at hooker will be vital.

But the battle for No.10 is the big one. Yu Tamura is the top scorer at this tournament with 40 points to his name, 12 clear of Elton Jantjies.

His kicking from the tee is pivotal to the Brave Blossoms’ chances, but he is also their chief playmaker who directs and organises their efficient multi-phase attacking style. 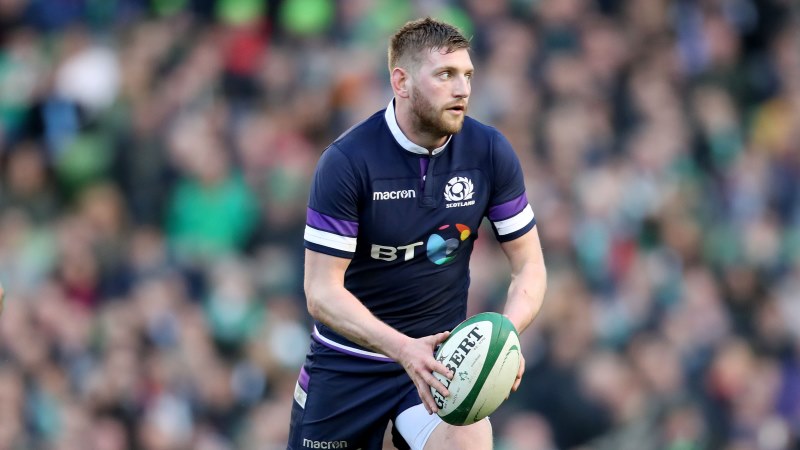 Up against him is the mercurial Finn Russell, the fly-half with every trick in the book who has torn some of the best defences in world rugby to shreds these last four years.

With the calming influence of Greig Laidlaw inside (the duo start together for the sixth time at a Rugby World Cup breaking the record they shared with Gary Armstrong and Craig Chalmers), Russell is free to pick holes and make plays so Japan will have to beware.