England proved to the rest of the world that they are viable World Cup contenders last weekend when they thumped Australia in Oita.

But just as importantly, they also proved to themselves that they can achieve the unthinkable – according to hooker Jamie George.

The mental strength of this side has often been called into question in the last 18 months.

The solid certainty of two all-conquering years that began the Eddie Jones era were replaced by insecurity and doubt.

England threw away leads time after time, most notably in South Africa two summers ago and against Scotland in this year’s Calcutta Cup.

And after seeing a 14-3 lead trimmed to 17-16 at the start of the second half by the Wallabies last weekend, uncertainty could have easily crept back in.

“It’s something we’ve been working on for a long time, it pains me to say it but you rewind to that Scotland game at Twickenham. When games get close we’ve been criticised in the past; that Wales game away too,” said George.

“The most important and impressive thing for me is how we’ve revolutionised that, have been able to talk about it, been in different scenarios, have been challenged a lot in the warm-up games.

“I feel like the mindset and mentality side of things when games get tough, we look like a completely different team from the one that drew to Scotland and lost to Wales in the Six Nations. 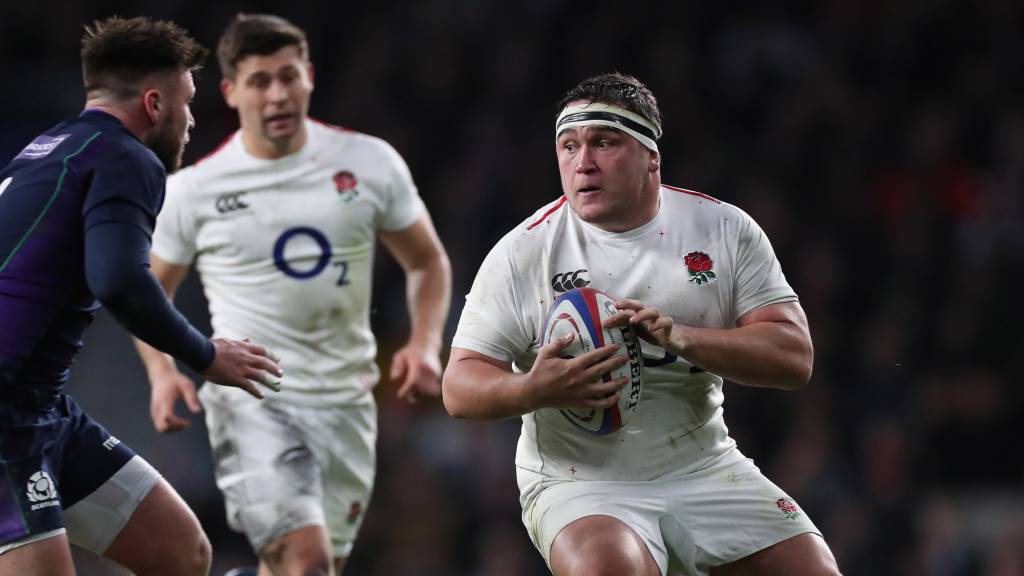 “There’s a lot of things (that changed). We’ve had a lot of meetings, looked back and thought about why it has happened, what we would do if we had that time again.

“The composure we had under the posts when they brought it back to 17-16 was the impressive thing for me.

“It was like “right, what’s next?” There weren’t wandering eyes looking at the screens, wondering what had happened, everyone was very clear, very focused, very calm, and we put them under a lot of pressure off the restarts and tried to get them to play a bit. That was the focus for us – next phase, what do we need to do to get back on task.

“A lot of it has been driven within the group. Psychologists have come in, but all they’re trying to do is to get us talking about it. That has really added to us as a team and why we’ve had some successes recently.”

The leadership of Owen Farrell was vital to the win on Saturday, but it was a defensive dominance that really caught the eye.

England made almost 100 tackles more than their opponents on Saturday, and now will face the All Blacks with confidence in their hearts.

“We don’t ever expect anything, but I think we are putting ourselves in a really good and strong position,” he added.

“There is a sense in the team that we are building towards something pretty special.

“It is an exciting time to be involved. There is no fear, and nothing to lose. We are here regardless but we are very process driven and Owen and the leadership group and Eddie are very good at making sure we don’t lose sight of that.

“We have got every confidence that we can give it a very good go of winning this thing. The foundations have been laid today and in the last few games.”

The most pleasing thing for George however was that they put 40 points and claimed a record win over the Wallabies, and still have room for improvement. 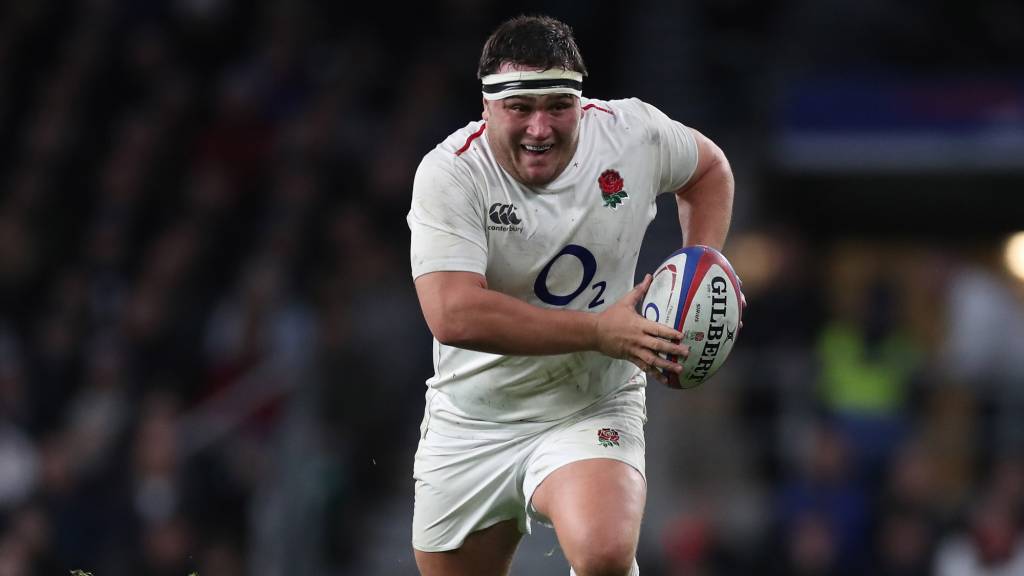 “We were physical against Australia, our intent was very good but I am sure John Mitchell will be talking to us about a few system errors (in defence),” he said.

“I thought potentially we could have had a bit more composure getting out of our 22 maybe. There is always a massive amount to work on but at the same time we do need to appreciate what we did very well and then go and try and replicate that next time.

“The nice thing was that we probably didn’t attack that well. We certainly left some points out there. I think defence was the main threat from us and the reason we scored 40 points.

George and his front row mates Kyle Sinckler and Mako Vunipola got through the lion’s share of the defensive work – combining for 46 tackles on Saturday.

And the battle for supremacy over the rest of the pack when it comes to work rate is ongoing according to George – who felt his side really benefited from their week off in Miyazaki when the Typhoon struck.

“It’s nice for us to be able to bring back Mako who has been out for a long time. He’s such a ridiculously talented rugby player that he can just snap back in to a quarter-final and look so sharp.”

“The game is changing so much, especially the pace so it is a tough ask for us front rowers.

“We are always (competing with the back row) they try and make us run with them in training which is challenging in the fitness.

“But we pride ourselves on our work rate. The set piece is our fundamentals but what we offer around the field is that added bonus.”

Share this article:
Previous Story Analysis: Welsh willpower overwhelms French flair in the end
Next Story Dan Biggar: My wife was so confident she booked flights at half-time