Guilhem Guirado spoke to his teammates after the loss in Oita. @FFR

Guilhem Guirado knew the end would come in Japan, he just did not know when.

The France captain had decided months ago that he would be calling time on his international career at the end of the tournament.

That came after a heartbreaking loss to Wales in the quarter-finals, Les Bleus beaten 20-19 despite leading for the vast majority of the game.

It was a cruel way to go out for a man who has always held his head up high, even when things have gone against his team.

And after sharing a quick word with Warren Gatland and some of his opponents on the day, Guirado and fellow retiree Louis Picamoles were treated to a standing ovation as they returned to the changing rooms.

In a moving speech to his teammates, Guirado urged the next generation, many of whom started this quarter-final, to learn from the mistakes of their predecessors.

“There are little things that seem inconsequential, but at international level you pay dearly. It’s being a metre too tight, a ball you try to turn over, a scrum with seven men when you need to be eight.

“All you young guys, look at me. We’ve gone through hard times, but now it’s over. I will be your number one supporter. You have to correct those little errors. You know how to play rugby, you have the talent.”

Guirado reflected in the post-match press conference how he had tried to make this France team welcoming for young players coming into the squad.

He told his team the same thing, encouraging them to look beyond what happens on the pitch. 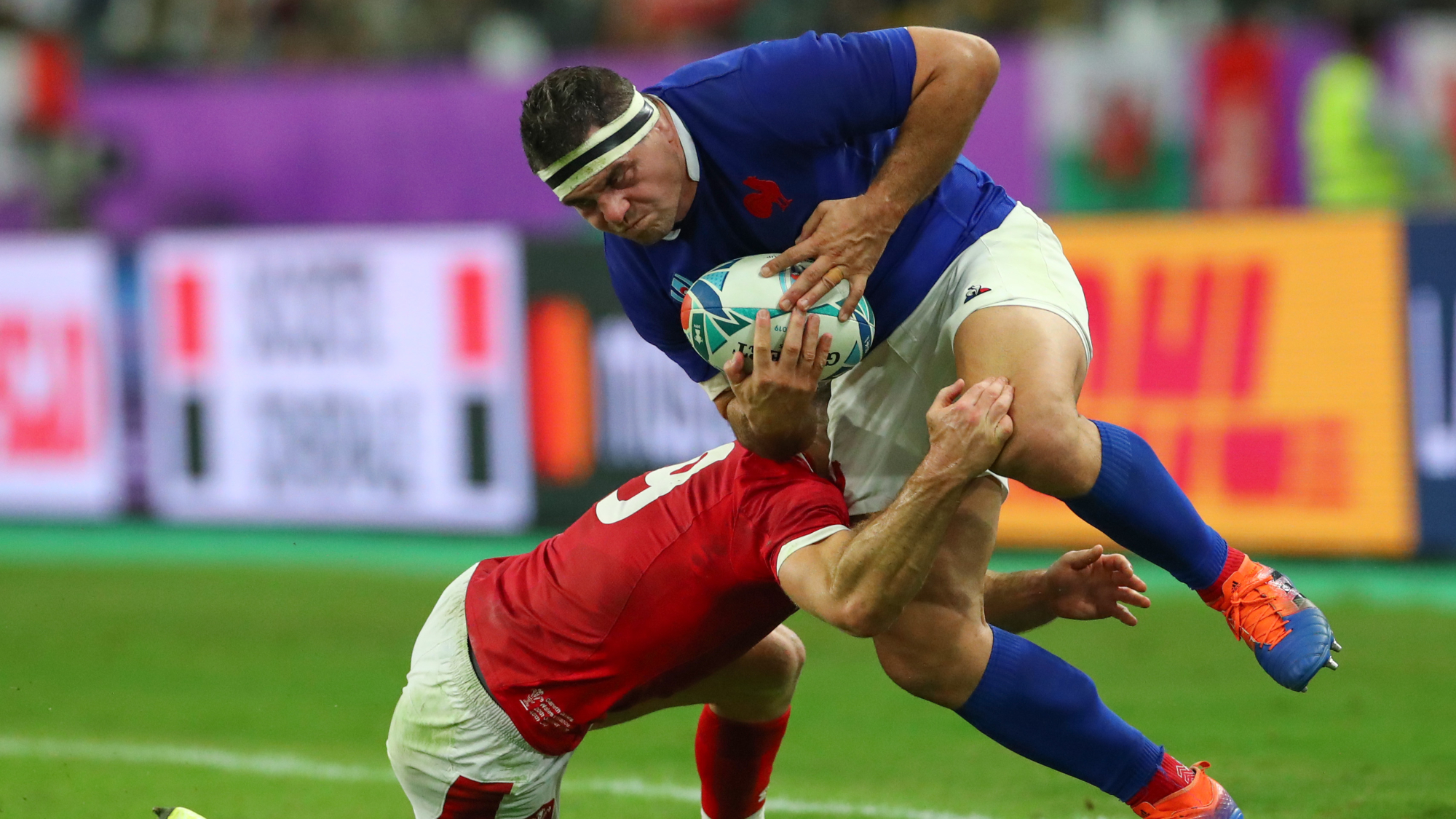 Guilhem Guirado carries in the defeat to Wales. ©INPHO/James Crombie

He added: “Make the effort to approach others, talk about real things. It is in those moments that you will really get to know people. Rugby is not just about the pitch, it’s about what is behind the people on it.

“Playing for France means giving for 11 months. You give, you give, you have a little holiday but then you are always giving.

Share this article:
Previous Story Dan Biggar: My wife was so confident she booked flights at half-time
Next Story Schmidt: The trophies are the visible things but you want to try to help people get better