Henry Pyrgos will start for Edinburgh away to Glasgow. ©Inpho

European rugby has been put on the backburner as domestic matters take centre stage ahead of Christmas, with derby encounters in the Guinness PRO14 dominating the weekend.

Whether it is the 1872 Cup in Glasgow, the inter-pros in Ireland or the regional derbies in Wales, there is a lot on the line with just over a month until the start of the Guinness Six Nations.

The big news this week was Greig Laidlaw’s decision to call it a day for Scotland, with the country’s most-capped skipper of all-time leaving some huge boots to fill.

Gregor Townsend is not short of options when it comes to replacing Laidlaw, who followed in the footsteps of John Barclay and Tommy Seymour in ending his Test career after the World Cup.

This weekend George Horne and Henry Pyrgos will face off in the 1872 Cup for Glasgow and Edinburgh respectively, with Ali Price waiting in the wings for the Warriors.

That trio all played a part for Scotland at the World Cup, and will be eyeing up that starting role for the Championship opener against Ireland in Dublin.

The game also provides Darcy Graham with another chance to stake a claim as Seymour’s long-term successor, and his head-to-head battle with Kyle Steyn, called up but not capped by Townsend last year, will be worth watching.

Similarly, Hamish Watson and Magnus Bradbury will be looking to get the better of their Warriors counterparts after getting the nod on the Edinburgh flanks.

It has been a remarkable year for Wales with a Grand Slam in the spring followed by a World Cup semi-final appearance.

A number of those Wales players will make their returns to club action this weekend with Ken Owens and Hadleigh Parkes returning for the Scarlets to take on the Dragons. 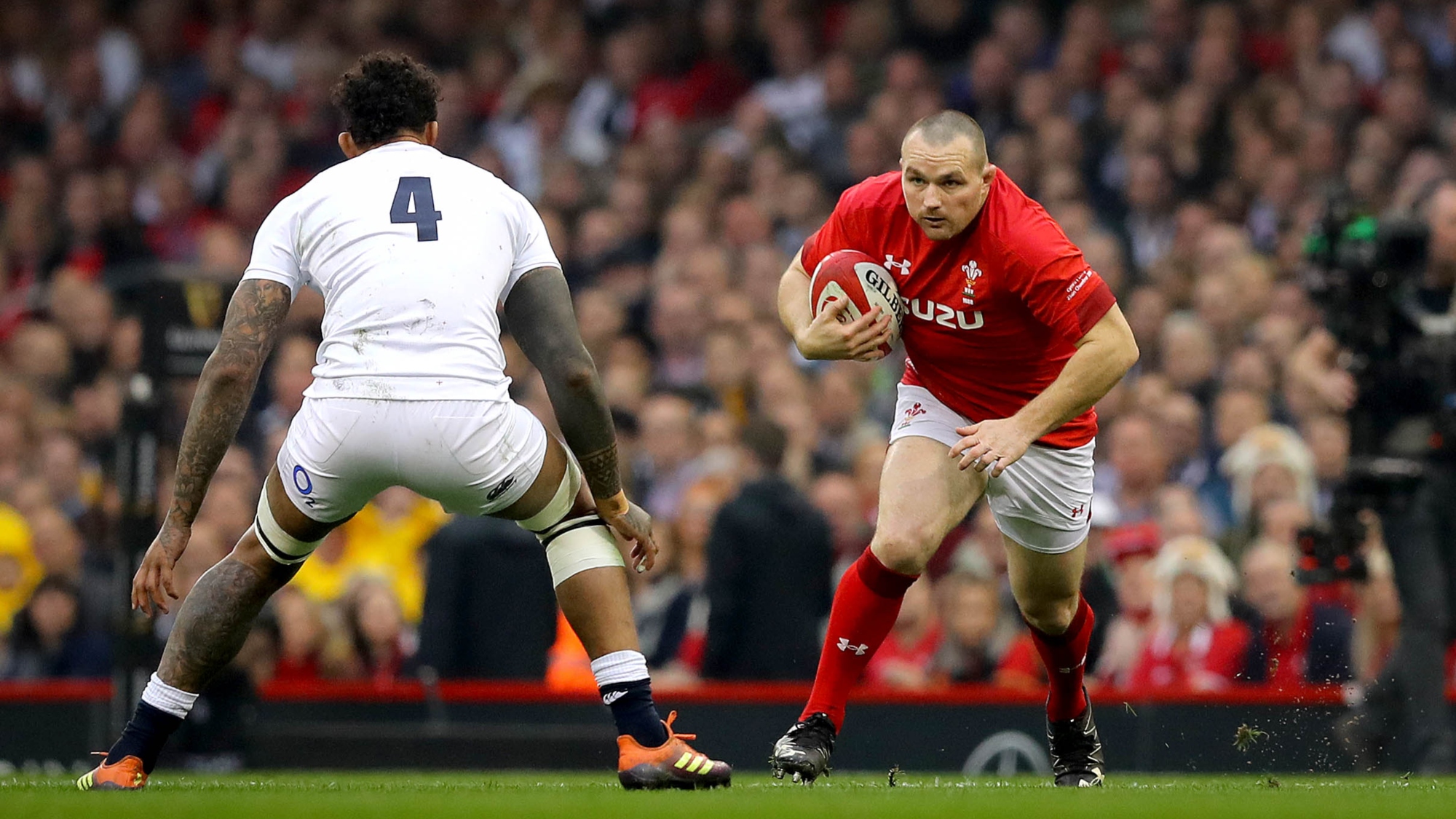 Ken Owens will start for the Scarlets against the Dragons. ©Inpho

Owens will go up against his number two for the Wales No.2 shirt, Elliot Dee, while Ross Moriarty has to settle for a place on the bench for the Dragons, with Wales international pair Cory Hill and Aaron Wainwright both starting in the back row, alongside flanker Taine Basham who was called up by Wayne Pivac to the squad for the recent clash with the Barbarians.

The other derby sees Justin Tipuric return for the Ospreys as they take on the Cardiff Blues. The Liberty Stadium side have struggled so far this season, but will be looking for Tipuric to inspire a turnaround in form.

The Blues, meanwhile, can call on a pair of in-form wingers, Josh Adams and Owen Lane both starting after European hat-tricks over the last fortnight.

Another team who have had a tricky start to the season are the Leicester Tigers, who sit 11th in the English Premiership ahead of their clash with Exeter Chiefs.

Geordan Murphy will be able to call on five players who featured in the World Cup final as Ben Youngs and George Ford start in the half-backs, while Jonny May and Manu Tuilagi are also named in the backline. 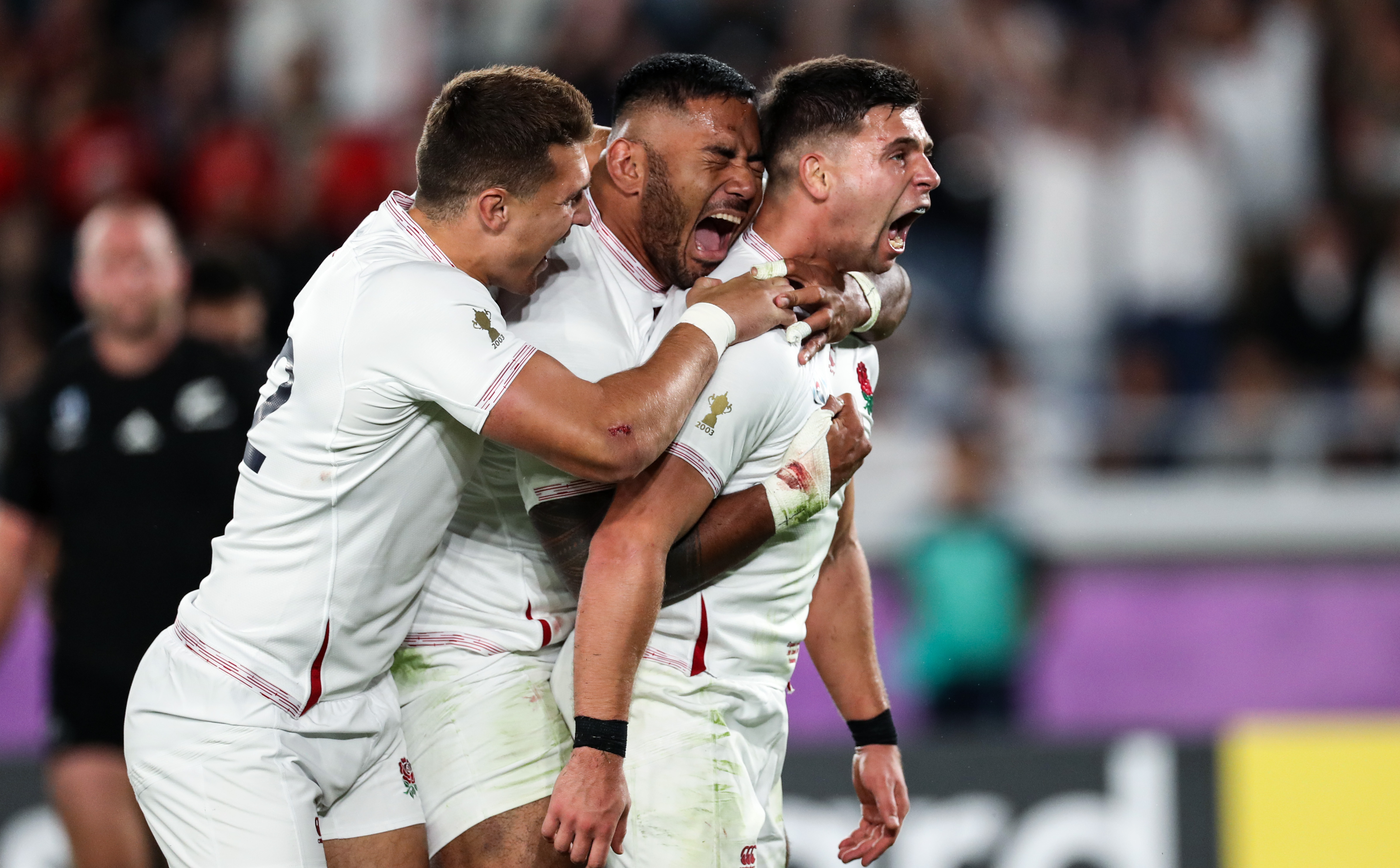 Ben Youngs and Manu Tuilagi will both start for Leicester. ©Inpho

Elsewhere Saracens welcome back Maro Itoje in their pack, while Ben Spencer will be looking to build on his late World Cup call-up at scrum-half against Bristol Bears.

Finally Wasps have Joe Launchbury back available for their home clash with Harlequins.

YOUNG PROPS GIVEN THEIR SHOT

The front row is supposed to be the preserve of the grizzled campaigners, but across Europe a host of young props are bucking the trend.

That will be the case in both Italy and Ireland this weekend. When Benetton take on Zebre in Parma, young tighthead Marco Riccioni will get the chance to test himself against Danilo Fischetti.

Riccioni was a standout performer for Benetton last season, earning his first Test caps as a result in the World Cup warm-ups, only for injury to cut his tournament short.

His replacement was Fischetti, who did not end up getting cap due to Italy’s clash with the All Blacks being cancelled, but he may get his first opportunity in the Guinness Six Nations. 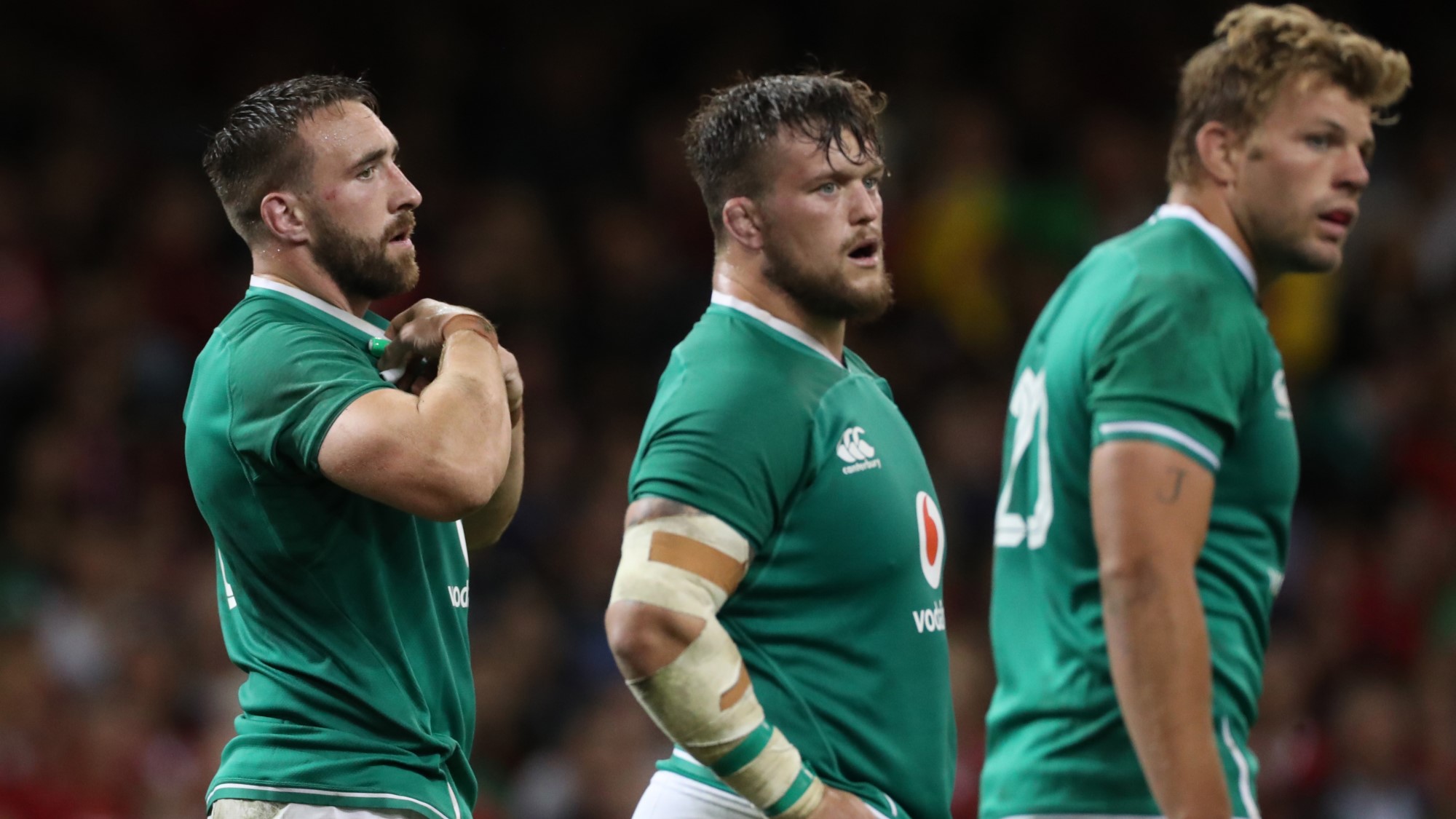 Andrew Porter was named in Andy Farrell’s stocktake ahead of the Guinness Six Nations. ©Inpho

They are not the only young props squaring off. Andrew Porter is still only 23, but he will be the senior tighthead on the pitch when Leinster host Ulster in Dublin this evening.

His opposite number Tom O’Toole got his first senior call-up in Andy Farrell’s stocktake this week, and will be looking to make an impression against the unbeaten side from the capital.

The other inter-pro sees Munster travel to Connacht, and while Johann van Graan is missing a number of his internationals, Chris Farrell will start in the midfield.

He has been in and around the Ireland squad for the last couple of seasons, and while he faces stiff competition from Leinster pair Robbie Henshaw and Garry Ringrose, this weekend he goes up against another one of his rivals for the jersey in Connacht’s Bundee Aki.

And there will be another intriguing midfield battle in France where Virimi Vakatawa, so impressive for France in the World Cup, will look to continue his fine form for Racing 92 against Montpellier, for whom young duo Yvan Reilhac and Arthur Vincent – the latter having captained France to Under-20s World Cup success this year – will be hoping to force their way into Fabien Galthié’s plans. 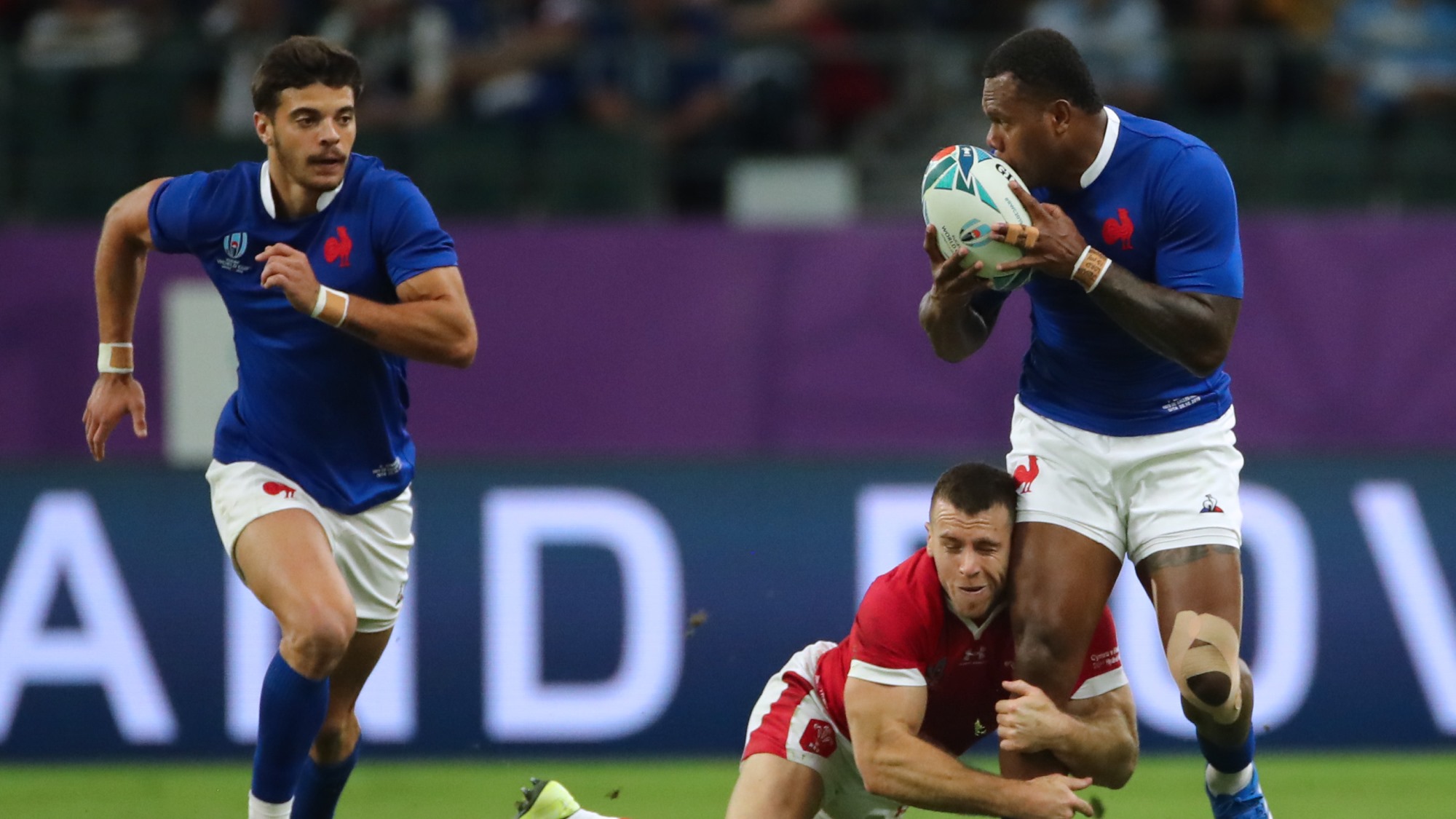 Elsewhere in France, on Sunday Toulon host Clermont in a match that will feature a number of players who should be part of the France squad in February including Toulon flanker Charles Ollivon and Clermont winger Damian Penaud who could be used in the centres for the second week running.

Share this article:
Previous Story Selfless Laidlaw was born to lead
Next Story Turner delivers for Glasgow while Sinckler returns with a bang