James Hook had all the tools needed to be the perfect fly-half – rare vision and distribution, an incisive running game and the sort of kicking that could control a match.

And yet as he announced this week that this season will be his last, even Hook himself feels that he could have done more with his career.

That is remarkable when you consider he won 81 caps for his country, was part of two Grand Slam campaigns and went on a British & Irish Lions Tour.

But it does also make sense. This was a man who looked destined to be the next great Welsh fly-half, the successor to Stephen Jones.

Instead, of his 50 Test starts, only 21 came in the No.10 jersey, the rest came in the centres and even at full-back.

In many ways, that was a mark of just how varied a skillset Hook possessed. His passing and kicking made him a great fly-half, but also meant that he was perfectly capable of filling in elsewhere, and at 6ft 1in and more than 15st, he had the size to cope in the midfield where other tens might struggle.

And yet it was at fly-half that he thrived.

Having broken into the Wales team at the tail end of 2006, Hook spent the 2007 Championship in the midfield as they lost their first four games.

The prospect of a whitewash loomed as England came to Cardiff in Round 5, with their rivals from across the Severn Bridge still mathematically chasing the title, albeit trailing a long way behind France and Ireland on points difference.

It was then that Hook was shifted to the No.10 jersey, his second Test start in the position. He seized his opportunity, going over for a try after just three minutes, adding a conversion, four penalties and a drop goal to complete a full house and orchestrate a 27-18 victory.

Hook had truly announced himself on the world stage and was still only 21. 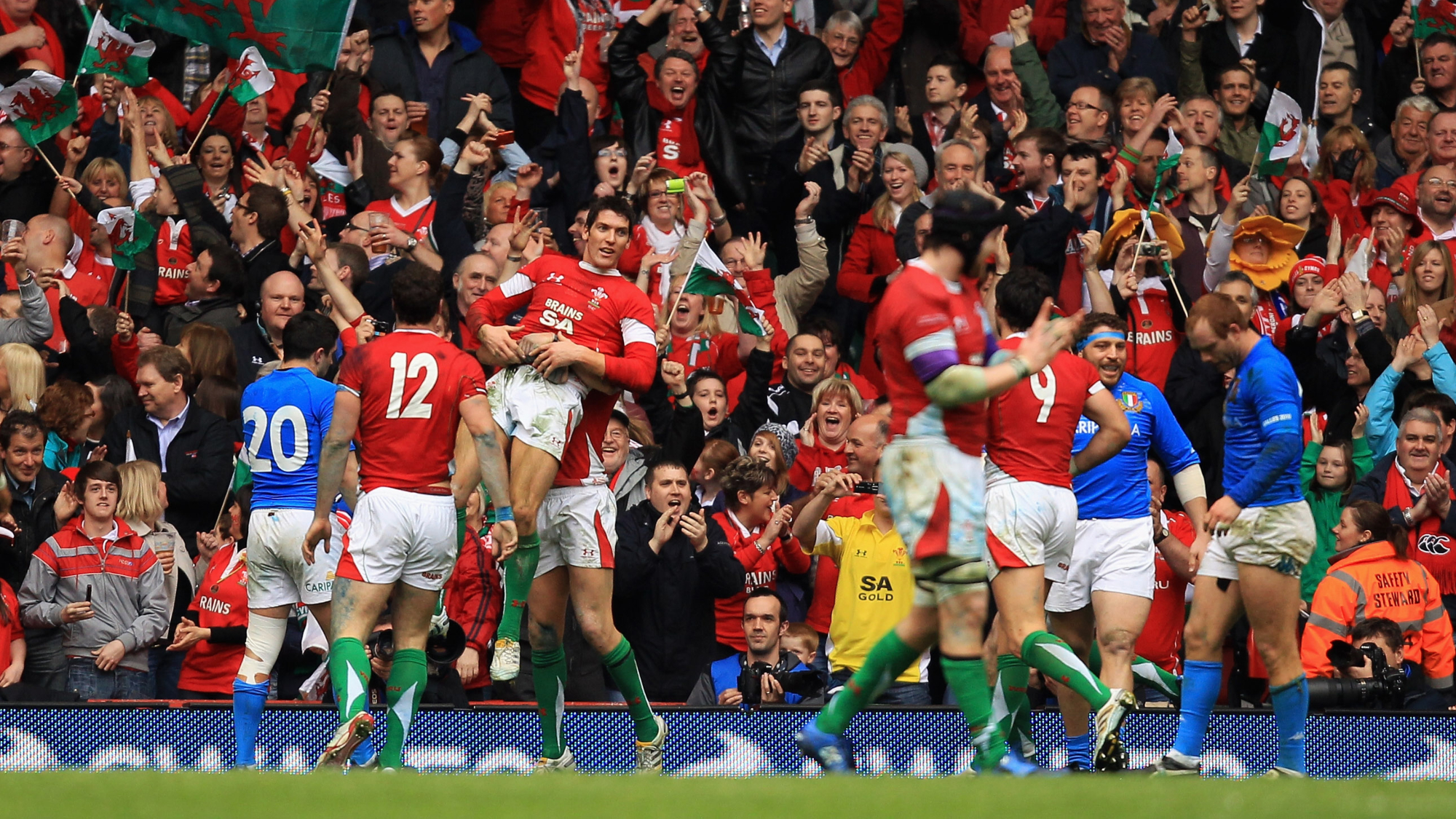 A year later, with Warren Gatland now at the helm, Hook and Jones shared the fly-half responsibilities. Hook started the first two wins, against England and Scotland before coming off the bench in victories over Italy and in Ireland.

He was promoted back into the starting line-up for the Grand Slam decider against France scoring nine points as Wales wrapped up one of the more unlikely Slams of recent times.

That felt like it should have been the point that marked Hook out as Wales’ fly-half for the foreseeable future.

Instead, he never started three successive matches at fly-half in the remainder of his Test career, shifting from centre to full-back, before eventually finding a role as the perfect bench option to cover anywhere in the backline.

A year after that Grand Slam, Hook was called up by the Lions in South Africa as injury cover for Leigh Halfpenny, and although he did not feature in the Test series – the closest he came was being an unused replacement in the third Test – he did kick the Lions to two narrow tour wins over the Free State Cheetahs and Western Province.

Even though he never turned into the fly-half many envisioned when he first broke through, Hook still enjoyed further great moments over a ten-year international career.

He featured off the bench in wins over Ireland, Scotland and Italy in the 2012 Grand Slam, and was again a valuable replacement in the 2013 Championship success.

He sits fifth all time in terms of points scored for Wales, and of those ahead of him, only Leigh Halfpenny scored more than his 13 tries.

Overwhelmed by all of your messages the last day or so, really appreciate every single one of them. Thanks a lot guys 👍

But Hook’s influence cannot be measured in numbers or titles – however many of each he accrued.

The majority of his success came in the first half of his career, a point he acknowledges and admits brings the more recent struggles into sharper focus.

As a player though, he never lost that insouciance that marked him out in the early years. As he put it in an interview with Wales Online, whether it was playing for Wales, or playing in the Under-8s in Port Talbot, Hook never changed his approach.

He may have taken some unnecessary risks but Hook would always play with his head up.

That was what made him such an exciting player. It is why a man who won 81 caps and two Grand Slams looks back on his career and feels he did not fulfil his potential.

He may well be right, and yet Hook’s contributions to the rugby landscape have been immense.