As the Women’s Six Nations gets underway on Sunday, all eyes will be on Pau as France and England lock horns for the third time in three months in a mouth-watering opening fixture.

These two have dominated the Championship throughout its history, and the winner of these clashes usually goes on to top the table after five matches, so both sides will be going all out for victory in this one.

The Red Roses have held the upper hand in recent times, winning the last four meetings between the two sides, including a 20-10 win in November to give them their first victory on French soil since 2012.

Neither side will be giving an inch in the Championship’s curtain-raiser, but here are a few players to watch out for who could make all the difference on Sunday.

The barraging runs of Shaunagh Brown have filled many a defence full of dread in the last few years, with the Harlequins prop one of the most powerful players in the game.

The 29-year-old came off the bench in each of the 2019 Six Nations matches but has now earned her place in the starting XV and will be looking to make her mark this weekend.

Brown is always among the leaders in carries and tackles on both the domestic and international stage, with her inexhaustible performances often the catalyst for a strong team performance with and without the ball.

If England can dominate the ball and gain early territory they will be in good stead to claim a precious opening weekend victory, and Brown will be crucial to that.

There have been too many times to count when Emily Scarratt has produced some magic in an England jersey, with the 29-year-old always delivering the goods on the international stage.

Her elusive, weaving runs from either centre or full-back have been a regular sight ever since she made her debut for the Red Roses back in 2008, with the Loughborough Lightning star also adding points from the kicking tee.

After a solitary try against Scotland in the 2019 Women’s Six Nations Championship, Scarratt went on to impress in the Super Series later in the year, finishing top try-scorer in the process.

She then ended the year with some crucial contributions to England’s successful autumn international series and will be a good bet to continue that form into this one. 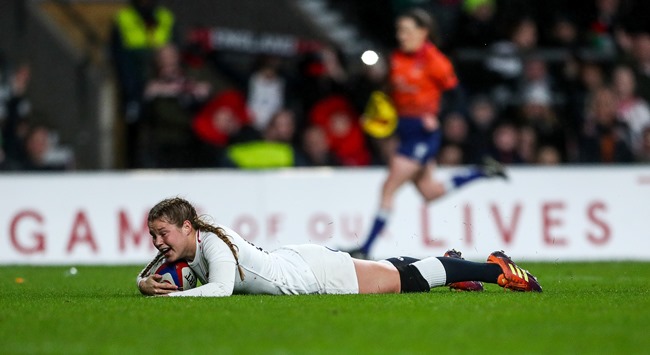 Ever since Jess Breach emerged on the international scene she has been one of the most clinical try scorers in the global game, with an incredible six tries on her debut against Canada in November 2017.

The Harlequins wing has the sort of speed on the wing that leaves defences helpless as she scampers into the open space in front of her. Even when she is confronted by defenders, her fleet-footedness leaves many a would-be tackler in her wake.

The 22-year-old has already left her mark on the Six Nations Championship, with an astonishing nine tries in last year’s competition, as the Red Roses stormed to Grand Slam victory.

Everybody knows the threat she poses, but stopping her is another matter, and the hosts will have to be at their best to keep the twinkle-toed star away from the try line in Pau. 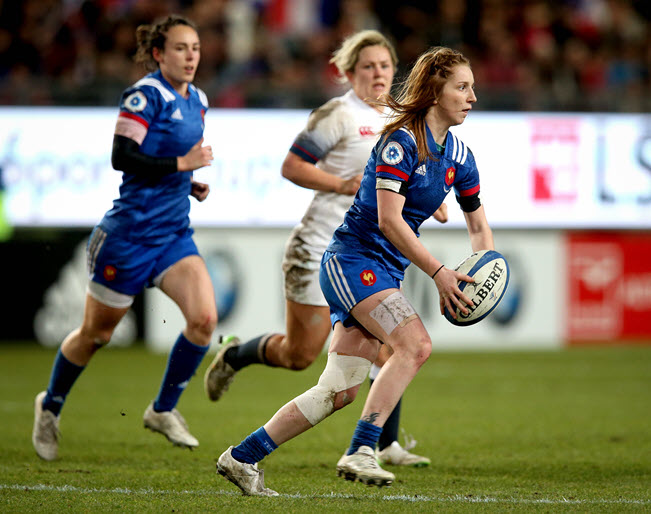 This will be a big test for Bourdon, who will be operating at fly-half in Pau instead of her usual scrum-half position, but the 24-year-old has the ability to make an impression on the game from almost any position.

The AS Bayonnaise star was nominated for World Rugby Women’s 15s Player of the Year in 2019 after a series of dominant performances, with her pinpoint cross-field kicking among the best in the game at the moment, while also putting in the hard yards in defence.

With the ability to wrongfoot a whole defence with a trademark feint or sidestep, Simon Middleton’s side will need to keep her in check if they have any chance of emerging victorious.

She may only be 23 years of age, but Romane Ménager already has 33 international appearances to her name, which is testament to just how much quality the Montpellier flanker possesses.

Nominated for 2017 World Rugby Women’s Player of the year, Ménager has been ripping apart defences at will for her whole career and will have every intention of doing the same on Sunday.

The young talent scored twice in last year’s Championship before being sent off against Ireland for leading with the arm, and she will be keen to make amends this time around as France aim to regain the title. 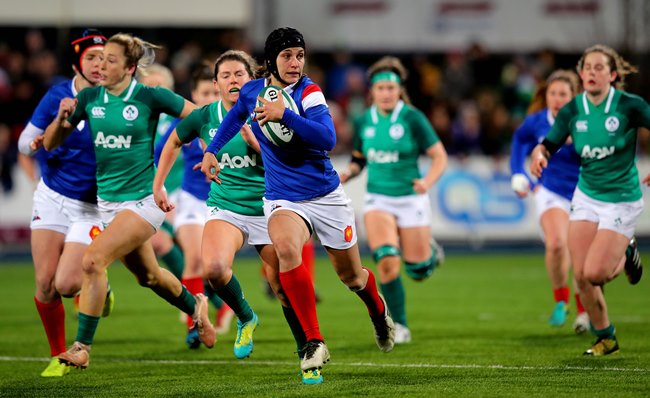 Boujard was a key component in France’s 2018 Women’s Six Nations Grand Slam winning team with her devastating pace on the wing, and has continued to impress both internationally and domestically since.

The 26-year-old has numerous league titles under her belt with Montpellier, and has the ability to change a game in an instant. She will pose a constant threat when France spread the ball wide.

Share this article:
Previous Story Analysis: How Wales and Italy are tackling their centre conundrums
Next Story Fantasy Rugby: Captains and coaches have their say