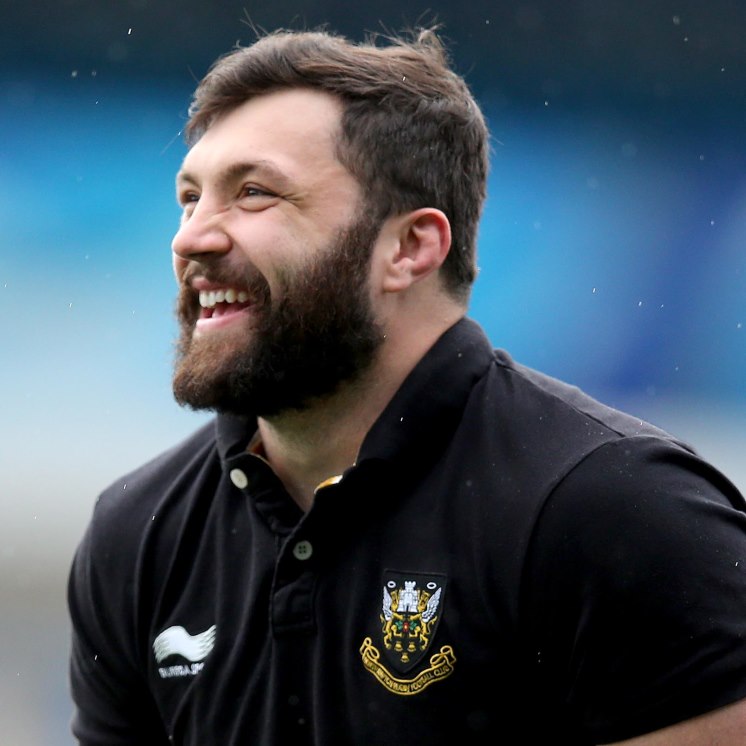 Round Two of the Guinness Six Nations is in the books with Ireland and France leading the way with two wins from two.

England also opened their account as they battled past Scotland at BT Murrayfield to get their campaign back on track.

Former England prop Alex Corbisiero, who covers the Championship on NBC, kept a close eye on all three games this weekend and gave his thoughts on where they were won and lost.

I was impressed with Ireland, who produced an improved performance and a spike in intensity to see off Wales. For 20 odd minutes, Wales defended pretty valiantly but they gave the ball back to Ireland too often in the end and the dam burst eventually.

I really liked the way Robbie Henshaw played in the 13 channel. They looked to play out of the back with Johnny Sexton and then, rather than going out to the edge each time, Henshaw looked to bring it up to the line and straightened. His ball-carrying was the key to getting behind the Welsh defence. It gave Ireland the momentum out wide and that made the difference.

The pack was very good as well, and Tadhg Furlong was outstanding, his scrummaging and his ball-carrying.

And yet, as well as Ireland played, it was still very close, probably closer than the final scoreline suggested. Even though Wales defended a lot in the first 20 minutes, they had a few key turnovers to keep themselves in the game and that is what they do as a team.

They really hung in there, and had it not been for Tomos Williams’ knock-on in his 22 and then a missed lineout in the second half from Ken Owens, it could have been a completely different game.

Small margins really define these games. I have been impressed with Ireland under Andy Farrell though. It’s not a case of making huge differences to the previous team, but they play with greater accuracy and intensity and that can really swing a game.

I think it has to be Ireland scoring through Tadhg Furlong almost immediately after Wales had scored. They had just got the ball back in their 22 and Tomos Williams knocked the ball on. From that scrum they got the momentum, went through a phase with Bundee Aki and then Furlong got over. 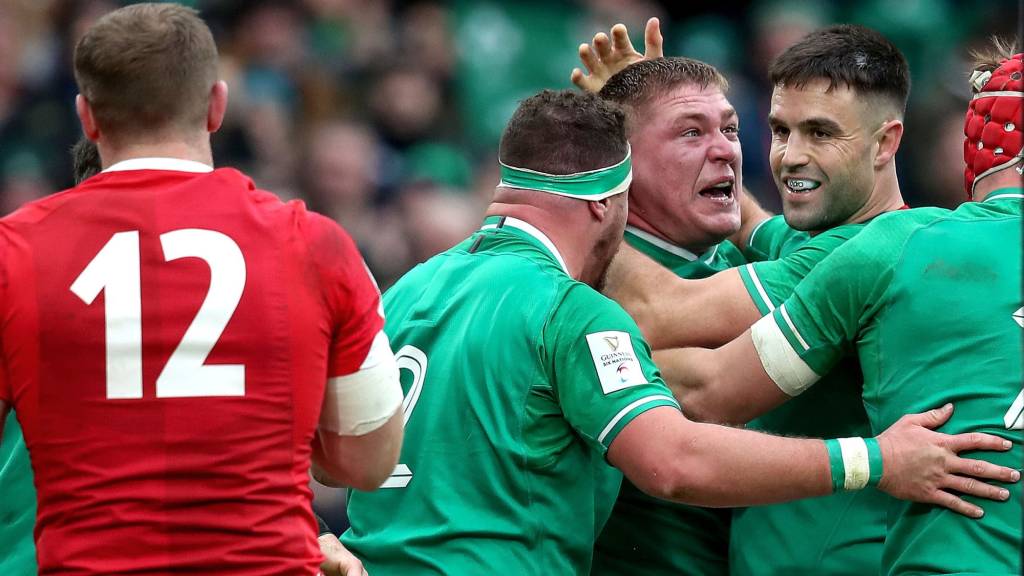 I played a few games in tough conditions but I’m not sure if I ever played in anything quite like that at the highest level. It really was a back-and-forth game and no team was really able to get on top.

England defended very well playing into the wind in the first half. The conditions allowed the back row, along with guys like Kyle Sinckler, Maro Itoje and others to put in huge work and nullify Scotland’s momentum.

At half-time I thought England were the better team but had missed a couple of chances with the tee. In the second half with the wind, they didn’t quite figure out how to use it for the first 20 minutes. Scotland played well and it was the inaccuracy with the kicking that hurt England. That gave Scotland chances and it was only when England started kicking in-field that they were able to put the pressure on and eventually win the game.

It set up the Ellis Genge try and got another penalty so that tactical change really seemed to be the key shift in the game.

England’s pack was probably more dominant in a tight game and in those conditions the forwards were outstanding. The backs were only OK, but the pack really fronted up and won it for England.

In terms of Genge, I thought his performance off the bench was world class. The biggest improvement is that he has a set-piece that you can trust at international level now. He’s got that consistency and is turning into an aggressive, dominant scrummager. As time goes on, I think he’ll be trusted as a starter. I see him really becoming the complete article. It’s a great battle between him and Mako Vunipola to be the starter.

With Genge, you have seen his X-factor around the park from minute one. The big hurdle is the set-piece. Whether that is reps with the team, getting comfortable with them because as an eight, every team scrummages differently, but it’s also the confidence and the discipline to understand it. You also need to learn a few lessons. It needs to go wrong a couple of times for you to be used to dealing with the adversity.

It has to be Ellis Genge’s try. Getting over the line there was the difference maker for England. It was on a knife edge before that point. It was a really good carry from Genge. When you pick and go, there is always the first chop that tries to take your momentum away. He’s very strong but he’s also very fast and that ability to get a little bit wider allowed him to ride that first hit and have his legs under him. Then his teammates were able to force him over. Without that little step, he would not have got over. 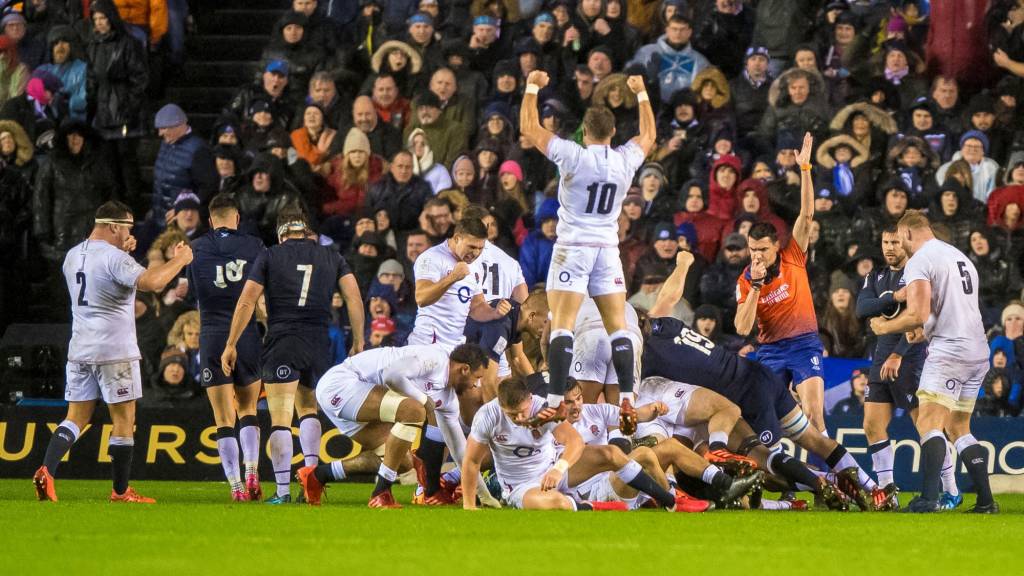 France have got a really exciting mix of youth and danger men and even without Virimi Vakatawa in the centres, when they were in the right areas, they looked very dangerous. Antoine Dupont and Romain Ntamack were fantastic and Grégory Alldritt had another good game, but I think there was a difference between the team that blew England away and this one which wasn’t as accurate and defensively wasn’t quite as on their game as the week before. They scored a lot of points but I didn’t quite see the same level this time.

I thought Italy deserved the points they scored, they got some really good tries. Jake Polledri’s carrying was exceptional. When they get him, Braam Steyn and Seb Negri carrying, it’s maybe not the savvy breakdown back row but they get you serious go-forward. Then you have Matteo Minozzi out wide and Tommaso Allan on the front foot, so it was good after the Cardiff game to see them threaten and score some good tries.

France’s ability to score the tries when they did get their chances was the difference-maker. Dupont, in particular, was brilliant and he and Ntamack are turning into a very good half-back partnership which is really impressive considering how young they are. It will be a real test for France now to see how they play away from home and away in Cardiff next.

It would have been tempting to go with Baptiste Serin’s very good try, but you have to go with a moment that involved Antoine Dupont. His ball over the top for Grégory Alldritt’s try was brilliant at an important moment in the game. It was a good offload from Cyril Baille to him and then a perfect wide pass. He had so many moments, he was big in the build-up to the Charles Ollivon try and the way they play, Dupont is involved in everything. 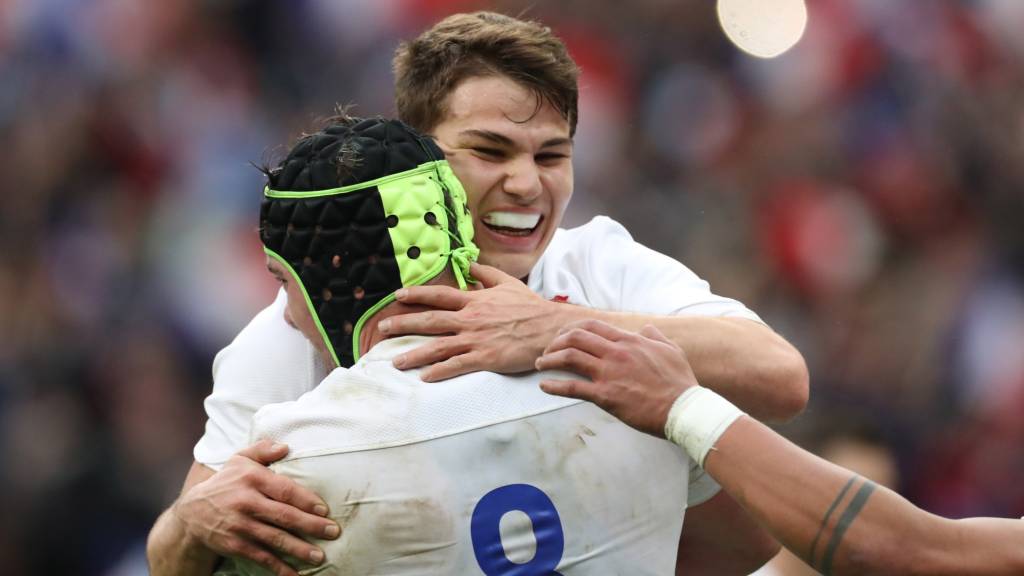 Share this article:
Previous Story Guinness Six Nations Fantasy Rugby: Team of Round 2
Next Story Ireland players picked as the Dove Men+Care #ChampionsofCare for Round Two