France winger Vincent Rattez has announced on social media that he will miss the remainder of the 2020 Guinness Six Nations, after fracturing his leg in Sunday’s 35-22 win over Italy.

The 27-year-old had played a significant part in the 2010 Grand Slam champions’ 100 per cent start to this year’s Championship, having been drafted into the side in place of the injured Damian Penaud.

After being named in the XV for Les Bleus’ opener against England, Rattez contributed the game’s opening try in the fifth minute, setting the tone for an impressive 24-17 France win.

Having retained his place for Round 2, the La Rochelle star left the field after 77 minutes against Italy, with head coach Fabien Galthié initially suggesting he had sustained a sprained ankle. 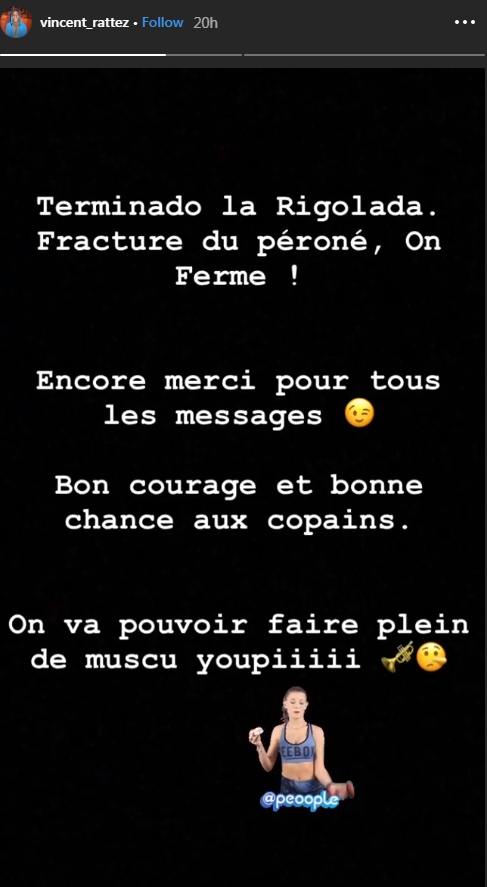 But subsequent tests showed Rattez had in fact fractured his fibula, and he revealed his campaign was over with an Instagram post on Monday afternoon. “Fracture of the fibula, finished,” he said.

Rattez made his international debut for France last summer and his two appearances in the Guinness Six Nations will have him geared to add to his five Test caps upon his return.

As the statistics currently stand, he leaves the Championship as its joint second-highest try assist maker (2), while he also made 119 metres and 12 carries in 156 minutes of action.

France currently sit at the top of the Guinness Six Nations table with wins in their opening two fixtures, and travel to defending Grand Slam champions Wales next on February 22.