Italy fly-half Tommaso Allan is convinced his side’s Guinness Six Nations fortunes will turn around soon if they keep working as hard as they have been.

The Azzurri are without a win after the opening two rounds after losing 42-0 to Wales in the Championship curtain-raiser before slipping to a 35-22 defeat in Paris.

But there were clear signs of improvement against Les Bleus and Allan insists that performance was a sign that his team are heading in the right direction.

He said: “In Paris we understood without a shadow of a doubt that if we work hard in the field, all together, we have a structure that can work.

“We’re working with a new system and that takes time and patience. It’s clear that there’s still a lot of work to be done but the important thing is that we all believe in it.

“There was a marked improvement against France compared to the previous week. It was positive, the first stages went quite well and the job without the ball was much better than in Cardiff. 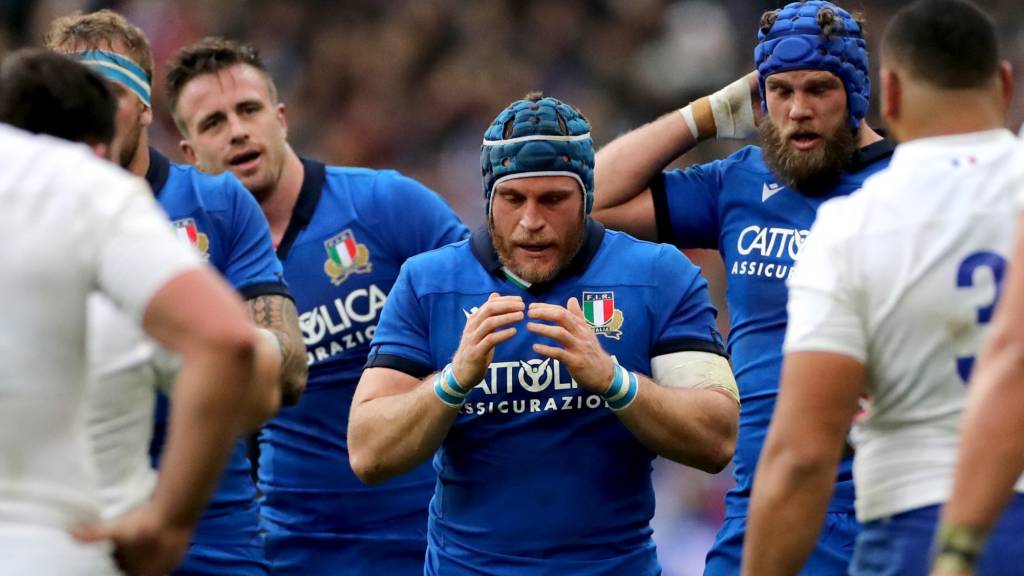 “We’re obviously not satisfied and there are still many aspects to improve.

“But I think that the Paris game has served us as players to understand that if we continue to believe and work hard on everything that is proposed to us, as we did this month, the results will not fail to arrive.

“There are three games left. We will have more time to understand the game plan to be put into practice on the field, we will have more opportunities to get used to the new structures.”

Looking ahead to those games, Allan is under no illusions as to the challenge his side will face, particularly as they still have to travel to Dublin.

The Azzurri will also be looking to get off the mark when they face Scotland in Rome.

Allan said: “It’s useless to go around the fact that we do not face easy challenges. Perhaps Scotland are in a little bit of trouble at the moment because they’ve lost two games.

“I’m convinced however, that for precisely this reason the Scots will want to give an excellent performance against us to try to snatch a victory in Rome. I’m expecting a tight game.

“But I expect to get even more in tune with the game and I say it once again: if we continue to work hard as done to date, the results will also come.”

Meanwhile, Giulio Bisegni, Antonio Rizzi and Federico Zani have been added to the Italy squad for a training camp ahead of their clash against Scotland.