Antoine Dupont is one of the most in-form players in the world according to Wales scrum-half Gareth Davies and he believes keeping the France No.9 quiet is the key to success next weekend.

A young France side have lit up the 2020 Guinness Six Nations, with their exciting attacking rugby allied to disciplined defensive displays in home victories over England and Italy.

Those wins have left them top of the table after two rounds ahead of a trip to face reigning Grand Slam champions Wales in Cardiff in Round 3.

Dupont has been a key cog for Les Bleus, with a game-breaking attacking skillset rarely seen in scrum-halves helping him rack up 138 metres with ball in hand and complete six offloads – both more than any other No.9 in the Championship so far.

Davies is in a selection battle with Tomos Williams and Rhys Webb to don the Wales scrum-half jersey against France but the 29-year-old claims that whoever gets the nod will need to focus on limiting their 23-year-old counterpart.

“Antoine Dupont is probably one of the most in-form players in the world,” said Davies.

“He’s playing with a lot of confidence and seems to be making the right decisions all the time, which is an important area for a scrum-half.

“Whoever plays – whether it’s me, Webby or Tomos – I’m sure we’ll have to be at the top of our game to keep him quiet.” 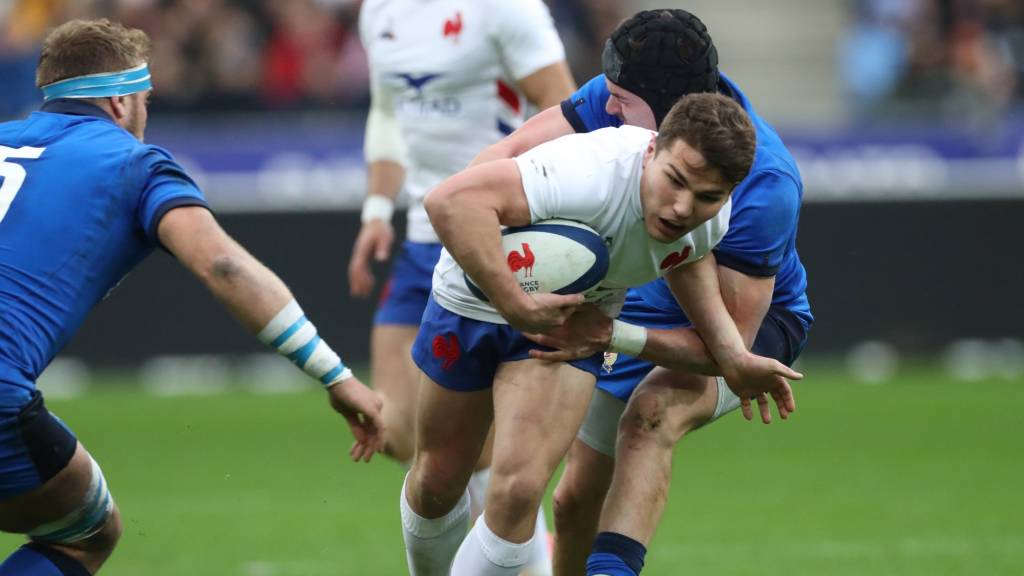 Wales will come up against a familiar face in Cardiff in the form of Shaun Edwards – who is in his first Guinness Six Nations as France’s defence coach, having held the same role with Wales from 2008 to 2019.

Edwards has received plenty of credit for the impressive Les Bleus defence in this year’s Championship but Davies is keen to use some of his old coach’s tricks against him at Principality Stadium.

“It was doing a lot of analysis work, seeing how different teams play,” Davies said of Edwards’ approach.

“I’d have a couple of chats with him and he’d tell me what he’d expect the opposition to throw at us, so I could pop into the front line every now and again and try and pick a few passes off.

“He was right quite a lot of the time. I’ve had a couple of intercepts from the analysis work I used to do with him. I do a lot of that stuff myself now, so hopefully I can pick one off against the French!”

Share this article:
Previous Story Tim Visser: My Greatest XV
Next Story Fagerson: Italy match is a must-win for Scotland