The Fabien Galthié era has got off to a flying start for France, with a pair of wins over England and Italy.

Those wins have inspired hope of a return to the glory days for Les Bleus, who have won three Grand Slams in the Six Nations era, a return only bettered by Wales.

The last of those came a decade ago, but France have enjoyed their fair share of entertaining encounters over the last two decades.

We have picked out five of the best:

Imanol Harinordoquy scored a try on his home debut, while Gérald Merceron pulled the strings for France on their way to a Grand Slam, but this win over Sir Clive Woodward’s England was all about one man.

Flanker Serge Betsen was tasked with shutting down Jonny Wilkinson and that is exactly what he did, hounding the England fly-half all game long on one of the most difficult afternoons of his career.

“He is the only player that I can say was the single-handed reason we lost a match,” Woodward said of Betsen about that game.

England came into the game off the back of three blown Grand Slams in as many years, but on this occasion they were no match for France, who raced into a 17-0 lead.

Merceron finished the first try, well set up by his captain, none other than Galthié, before Harinordoquy crossed for the second out wide.

Jason Robinson’s searing score on the stroke of half-time threatened to spark an England comeback, but with Betsen’s relentless defence, it never happened. 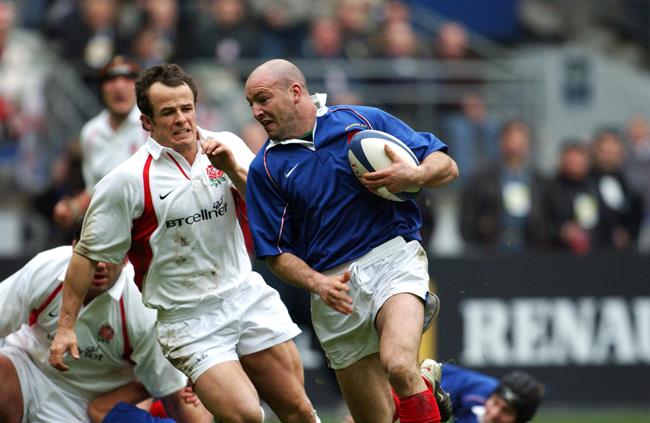 And it was therefore France, not England, who became the first team to win the Grand Slam in the Six Nations era, clinching it in style with a 44-5 win over Ireland.

Two years after that maiden Grand Slam, France did it again, as they overcame the disappointment of a World Cup semi-final exit to England just four months before.

After kicking off their campaign by beating Ireland and Italy in Paris, France travelled to Cardiff to take on Wales.

A tight first half ended with Frédéric Michalak and Vincent Clerc combining to put Harinordoquy over, before Jean-Baptiste Elissalde raced in from 60 metres in the second half.

He scored 24 of France’s 29 points, and despite a late try for Ceri Sweeney, France held on for the win.

They were more convincing in a 31-0 win in Scotland a week later, before clinching the Slam at home to England in Paris.

France won the 2006 Championship in dramatic circumstances thanks to Florian Fritz’s last-gasp try in Cardiff. 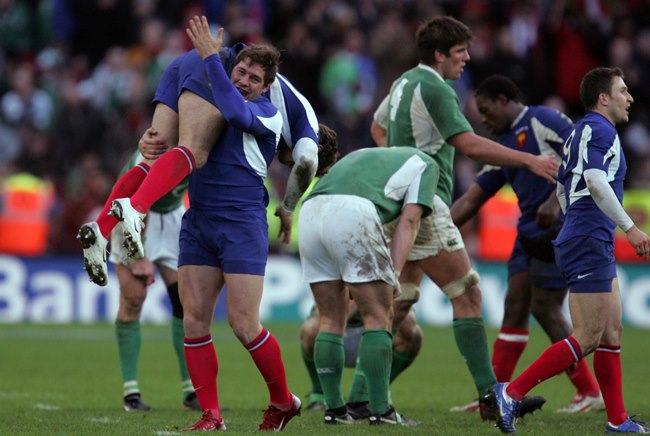 Their 2007 title was even more exhilarating, coming down to a thriller in Dublin. In the first rugby game played at Croke Park, France had opened up an early 13-3 lead with a powerful burst from skipper Raphael Ibanez for their first try.

Ireland responded with a try from Ronan O’Gara just after the half-hour, trailing 13-11 at the break, before two further penalties from the Ireland fly-half gave them a four-point lead with three minutes remaining.

From the restart, France recovered the ball and attacked down the right. As the play came back left, Vincent Clerc spotted a gap, and danced his way over to snatch the victory for France. It was to start an incredible run for Clerc, who scored two more against Ireland in a World Cup pool match later that year, before a hat-trick in Paris in the 2008 Championship.

At Croke Park, Lionel Beauxis slotted the conversion to seal the win, and that proved crucial as France went on to take the title on points difference thanks to a last-second try against Scotland in Round 5.

France’s most recent title came in 2010 under Marc Lièvremont as they swept all before them. The pick of the games again came against Ireland, as Mathieu Bastareaud enjoyed one of his finest moments in a France jersey. The centre caused havoc in the midfield in a dominant success, including holding off Brian O’Driscoll as he set up Clément Poitrenaud for France’s third try.

By that point, Les Bleus were in total control, William Servat having powered over early before Yannick Jauzion crossed after taking François Trinh-Duc’s fizzing pass.

Bastareaud was also on the end of a Trinh-Duc delivery before putting Poitrenaud over, and despite a late David Wallace try, France cruised home. 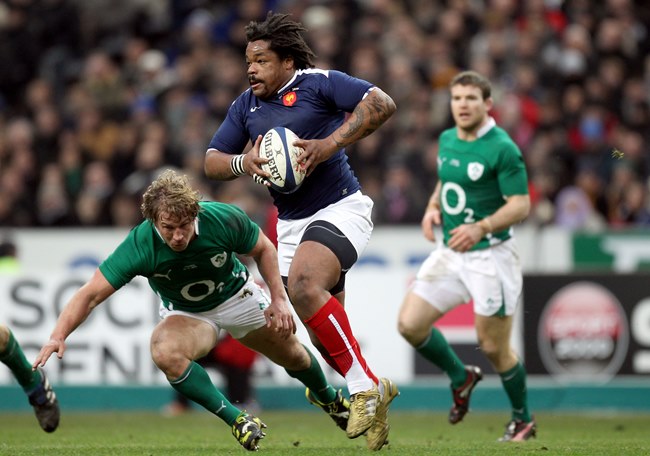 Two weeks later they were victorious in Cardiff against Wales, before finishing off with home wins over Italy and England to seal the Slam.

The only one of these games that did not come in a title-winning year, but France’s opening victory over England in 2014 was one of the more dramatic they have played.

As they did in 2020, France started like a house on fire, Yoann Huget dotting down a first try after just 30 seconds from Jules Plisson’s deflected grubber kick.

He had another from a kind bounce from a Brice Dulin chip over the top and France led 16-3 with half an hour gone.

England responded though, Mike Brown crossing before half-time, and then an Owen Farrell penalty cutting the deficit to five.

When Luther Burrell went over on debut, England led and the tide seemed to have swung their way. 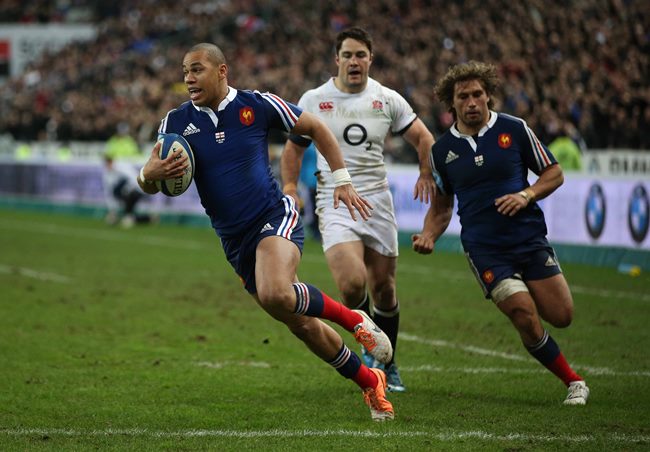 France kept in touch and trailed 24-19 with four minutes to go. And from their own 22 they worked their way up the field before Dimitri Szarzewski put Gaël Fickou into space and the teenager did the rest. Maxime Machenaud converted and France held on for the win.

They could not kick on, with defeats in Wales and at home to Ireland in Round 5 seeing them finish fourth in the table.