Leigh Halfpenny believes Wales can summon the spirit of their 2013 Championship winning side and go on to win this year’s Guinness Six Nations.

That team seven years ago suffered a 30-22 defeat at the hands of Ireland in Round 1 before storming to victory in their next four matches, including a final day 30-3 win over England to claim a dramatic success.

Halfpenny was part of the side that were rampant at Principality Stadium in that final fixture, with the roar of the home crowd that day something that will live long in the memory.

The 2020 Guinness Six Nations has followed a similar path, with an opening day 42-0 win over Italy followed by that pivotal defeat to Ireland last time out, but the full-back is adamant his side will be back in business against France this weekend.

“We have lost one, but it is not all over. We have to win every game now and that is the challenge. We are hugely excited about that,” Halfpenny said.

“We are still in the hunt and have to focus game by game. We did it in 2013 after losing our first game at home to Ireland and then winning the rest.

“We are hurting from losing to Ireland this year and have to put in a performance against France.” 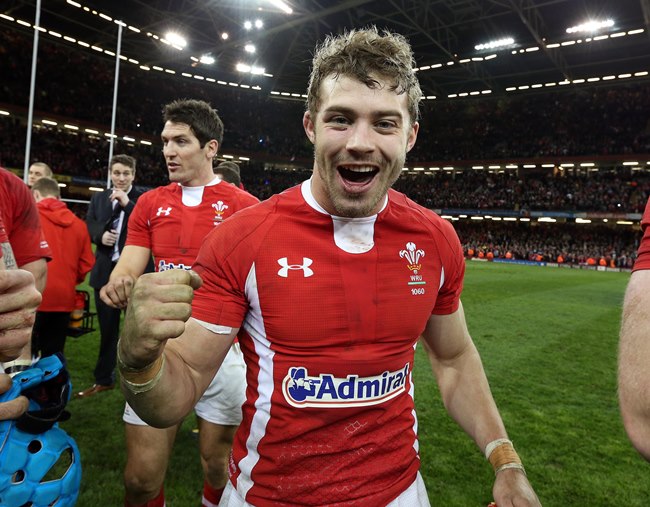 Halfpenny was named Player of the Championship in that momentous year, as well as topping the scoring charts with some crucial kicks, as well as crossing for a try in the Ireland defeat.

The 31-year-old is now one of the experienced heads in the Wales dressing room, and will be looking to use that wisdom to inspire the rest of the squad to Championship success in 2020.

Wayne Pivac’s side face a stern test of their credentials as unbeaten France come to visit on Saturday, and there will be a familiar face in the opposition ranks, with former Wales defence coach Shaun Edwards now part of Fabien Galthié’s coaching staff.

Edwards left the Wales setup after the 2019 World Cup in Japan, bringing an end to 12 years with the national side, and Halfpenny admits he owes a lot to the 53-year-old.

“Shaun is a great coach to work with. What he did for Welsh rugby was fantastic. France will be physical and bring line speed,” said Halfpenny.

“We have two weeks to work on our preparation to put a performance in. Working with Shaun brought my defensive game on immensely.

“He worked with me a lot and taught me a huge amount about the game. I have a lot to thank him for. It is exciting for us to play against his team. It will be weird to be facing him, but that is rugby – time moves on. It is exciting to be going up against his defensive style.

“France are a hugely exciting team across the park. Shaun being there will bring them structure in defence and we know how teams found it difficult to break us down.

“That is the challenge for us – identifying opportunities where we can break down their system and that is what we are working on in training.”