Eddie Jones hailed England’s ability to tough it out after they repelled a dramatic late fightback from Wales with just 13 men to keep their Guinness Six Nations title bid alive.

First-half tries from Anthony Watson and Elliot Daly, and ten points from Owen Farrell’s boot, saw England take a 20-9 lead into the half-time interval at Twickenham.

Wales responded with a superb Justin Tipuric try straight from the restart before England regained control with a couple of Owen Farrell penalties and a third try through Manu Tuilagi.

But England played the last five minutes with 13 men and Wales closed the deficit with further tries from Dan Biggar and Tipuric.

And after watching his side hold on to clinch the Triple Crown with a hard-fought 33-30 win, Jones said England were much improved from the side that reached the Rugby World Cup final.

“We’re a better team now than we were at the World Cup,” he said. “We can play sharp, we can play quick when the occasion allows us to as we did against Ireland and at times against Wales.

“We can also really tough it out and find a way to win, that’s what pleased me today. It’s good [to win the Triple Crown], it’s a prestigious trophy, it’s good to win. We’re grateful for that.

“I think [being the best team] is a goal, you never actually achieve it but that’s what you aspire to and if I look at our results since the last Guinness Six Nations we’ve been winning at a rate of 80 per cent.

“That’s a pretty good team but I want to get better. As I said to the boys after the game, you can feel within the team that everyone wants to get better and we’re making strides.

“It’s not a straight line and you have your ups and downs, but I really enjoyed the toughness we played with today in a difficult situation. We’ve got plenty of options and that’s a good thing.”

Jones was also full of praise for his opposite number Wayne Pivac after England consigned the defending Guinness Six Nations champions to their third consecutive defeat.

“I think it’s a tough period for them. They’ve been through a fantastic period under Warren [Gatland], you look at their side today, 850 caps, so they are a very mature team,” he added.

“When you get to that many caps you know there is some regeneration coming and that’s the difficult part, they’ve had a tough Guinness Six Nations. 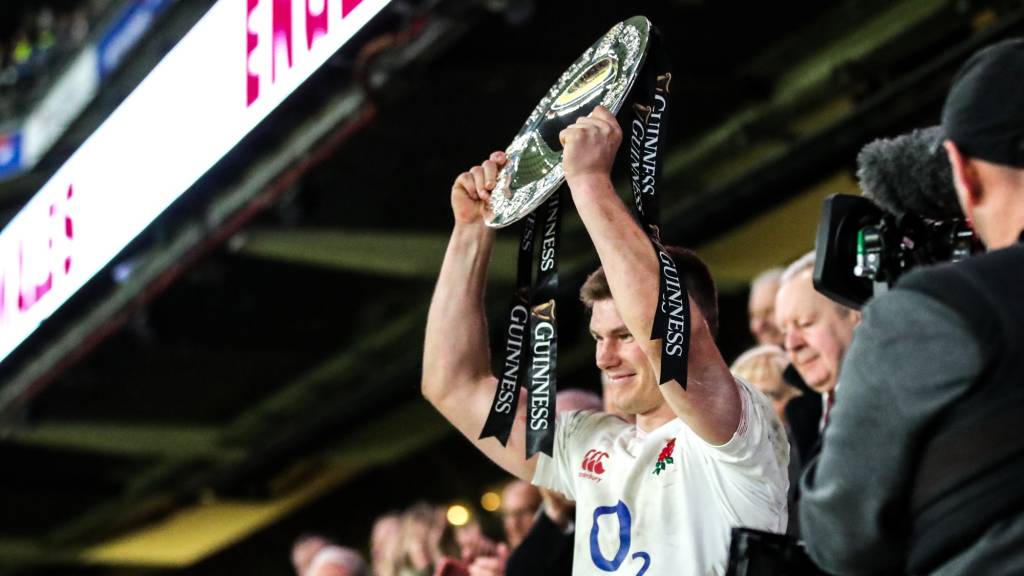 “But goodness me, if you’re a Wales supporter you would be pleased with the spirit they showed. I thought they were outstanding and I think Pivac is doing a really good job.”

Like Jones, Farrell believes England have come along way from the side beaten in France in the opening game of the Championship, emphasising the work that has gone in behind the scenes.

“I thought we’ve grown throughout the campaign, that’s credit to everybody, everybody that’s been in camp, players and staff to make sure that happened – it doesn’t just happen,” he said.

“We worked incredibly hard to make sure that happened and as far as today goes, I thought it was a brilliant fight at the end when we had numbers down.

“Not just that, but when Wales got some ascendancy like we knew they would do because they are a brilliant team, we were very calm and collected under the sticks with what we had to do next.

“For that to happen you’ve got to make sure you’re on every part of your game because it’s all joined up. We’ve been working hard to make sure we do that.

“I think always when you play in these games physicality is a big part of it and that’s two good packs going at it. I thought our boys, as they have done throughout, enjoyed defending.”

Share this article:
Previous Story Pivac: We played a bit too much rugby
Next Story France Women look to pay tribute to Simone Veil