Ireland prop Linda Djougang has represented her country on the rugby pitch and feels she is now doing the same off it, as a student nurse in the ongoing battle against Coronavirus.

Djougang is on a nine-month internship at Tallaght Hospital in Dublin as part of her final-year placement and has recently been moved to one of the building’s COVID-19 positive wards to aid the fight against the escalating global health crisis.

It was a placement she began back in January, just before the start of the 2020 Women’s Six Nations, where she regularly worked 13-hour shifts either side of training sessions.

That didn’t stop the 23-year-old excelling in the green jersey however, as she put in dynamic performances in the home victories over Scotland and Wales – notching one of Ireland’s four tries in the latter contest when she powered through three tacklers to score. 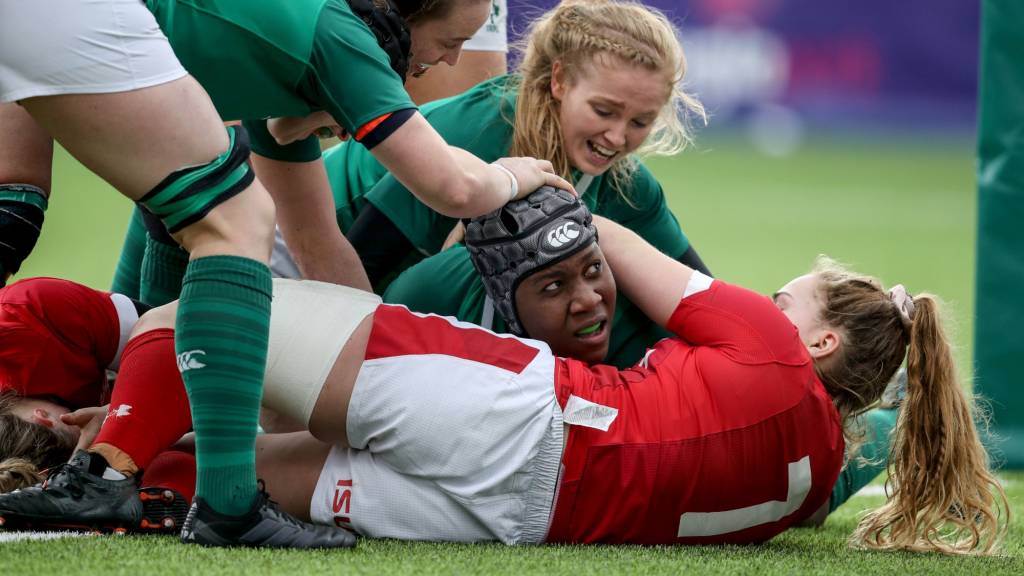 And although she has now gone from the front row to the front-line, Djougang claims the two situations are not as different as you might think.

“It’s the exact same thing as I do on the rugby pitch,” she told the official Irish Rugby website in a fascinating interview. “I’m representing my country.

“I always feel so privileged to be in this position to help and I love doing what I do. I have a duty to answer my country’s call and that’s what I have been doing for the last couple of months.

“I always wanted to be a nurse and right now it’s more important than ever before. The whole country is in crisis and it’s my duty to do my best for Ireland and for my patients.

“It’s a team effort for us and I’ll go in tomorrow and take over from my colleagues who have been there all night. We’re all in this together.”

“I have a duty to represent my country, just like on the pitch.”

From the front row to the frontline, Linda Djougang answers Ireland’s Call ☘️👏

Djougang is only permitted to be in the COVID-19 positive ward for strict 15-minute windows and, either side of entering, she must wash her hands extensively, while also wearing Personal Protective Equipment (PPE) all day.

She isn’t the only Ireland international currently on the front-line of the fight as Claire McLaughlin is on duty in the Accident and Emergency Department at Ulster Hospital in Belfast, while Claire Keohane is preparing to join the effort as a recently-qualified doctor.

As a young nurse at the start of her career, Djougang has been thrust into a daunting situation and admits she is just doing her best to adapt.

“It’s scary because you don’t really know what you’re going to encounter when you arrive for your shift,” added Djougang.

“A week ago, it was a standard medical ward like any other hospital around the world but now it’s a totally different environment.

“We are all doing our best but it’s scary because in some cases, you know there is nothing you can do for that patient.”