Ireland star John Cooney says the simple act of being entrusted with a conversion in the 2020 Guinness Six Nations reminded him just how far he’s come.

The scrum-half made three appearances in the 2020 Championship and was given the kicking tee in the final throes of Ireland’s 24-12 defeat to England in Round 3.

Successfully converting Andrew Porter’s try was proof to Cooney of the upward curve of his career and his resilience to hard knocks.

“Maybe what drove me in my career was proving others wrong,” said Cooney, speaking to Balls as an ambassador for Rugby Players Ireland’s Tackle Your Feelings campaign.

“Different people calling for me to start or giving me praise was something I wasn’t used to. My career has never been one where people have touted me or praised me.

“The same thing happened with my goal kicking. 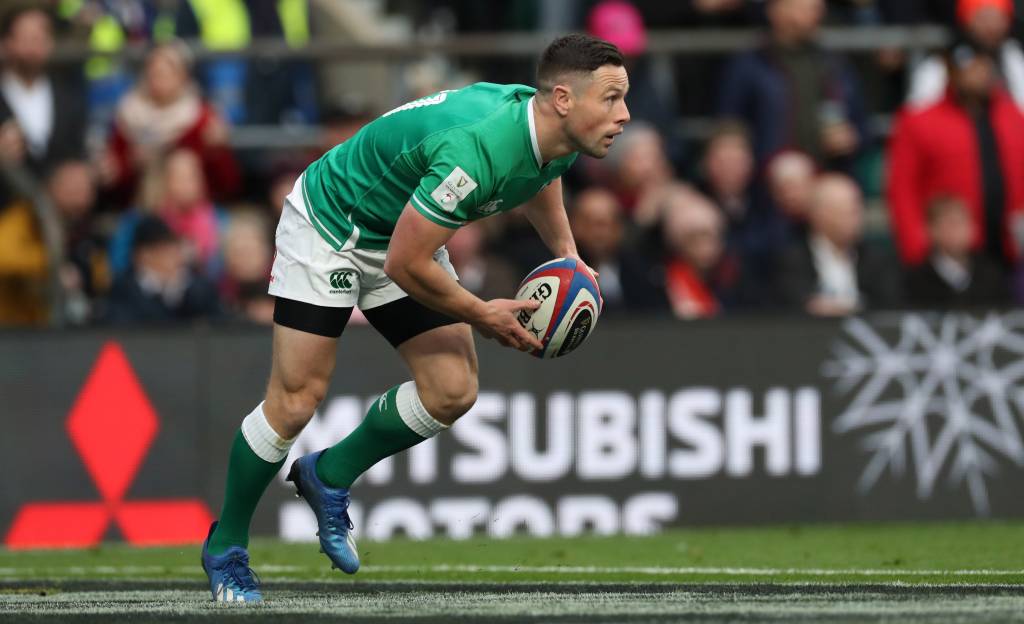 “Even getting that first kick against England for Ireland was huge for me. To think seven or eight years ago I couldn’t even kick for my AIL team at Landsdowne and here I am kicking for Ireland.

“It’s about adapting your mentality, which I had to do and going out to prove people right and play well.”

The 30-year-old was in fine form at provincial and international level before the COVID-19 pandemic led to the suspension of play.

Cooney feels mentally well equipped to deal with the ups and downs – he’s no stranger to adversity, having undergone three shoulder surgeries and missed out on selection for the 2019 World Cup.

The Dublin native released an emotive video on his social media channels this week, sharing his experiences of consulting a counsellor in 2016 to deal with a low point in his career.

In 2016, I decided to go see a councillor. It was something my sister had told me to do but for years I said ‘no, why would I do that’. Eventually I thought ‘why not what do I have to lose’. It was one of the best decisions I’ve made. It’s not just the benefit of speaking to Somebody and getting another perspective of how you’re feeling but also a breakdown of your personality. The better you can understand yourself and the way you are wired the easier it is to deal with problems that you face. Now when I see people struggling I’d always recommend they go see somebody. I now see such strength in somebody identifying they need help and having the courage to make a change. If you want to change something but can’t accept the path you need to take in order to achieve it – that’s weakness. #TakeControl of yourself. ‘People are always blaming their circumstances for what they are. I don’t believe in circumstances. The people who get on in this world are the people who get up and look for the circumstances they want, and, if they can’t find them’ make them’ George Bernard Shaw. You always have a choice, choose the option that betters yourself… #mentalhealthawarenessweek

And in a series of wide-ranging interviews with media outlets, Cooney spoke of the importance of taking control of his mental health and the value of embracing mindfulness.

The scrum-half, who has a corner of his house dedicating to motivation including a Buddha, beanbag, candles and a mirror, now feels in touch with his inner self.

“People say how my career has flown over the last couple of seasons but I’d look back and think that I’m not that much of a better rugby player than I was before,” he said.

“I think I’ve become a lot smarter in understanding myself, taking control of myself. That’s huge.

“I was always a player that prided myself on being the hardest working or the fittest. A lot of injuries come through wear and tear and that’s probably what I was struggling with.

“Now I understand that instead of maybe going for that run and doing the extra gym session, I might just sit back and do a bit of mindfulness, just to get what I want from that day.

“I understand that sometimes less can be more.”