Shane Williams enjoyed a thrilling career in a Wales shirt – but it could have been so different for the former flying winger.

The 43-year-old donned his country’s jersey no fewer than 87 times between 2000 and 2011, terrorising Guinness Six Nations defences with his pace and trickery and helping Wales to memorable Grand Slam triumphs in 2005 and 2008.

And the ex-Wales wizard racked up a brilliant 58 tries across that 11-year period, with 22 coming in Championship action as he marked himself out as one of his country’s true greats.

But it wasn’t always rugby for the menacing wide man, whose journey was shaped by early sporting adversity and a surprising switch to a game of a slightly different kind.

Indeed, while Williams first cradled a ball in primary school he was promptly informed he was too small to excel on the rugby field – and decided to take up football instead.

And he soon became a pivotal part of his Cwmamman United AFC side in Carmarthenshire, where he developed into a ‘superb goalkeeper’ – in the words of former coach Alun Rees – owing to his impressive dexterity between the posts. 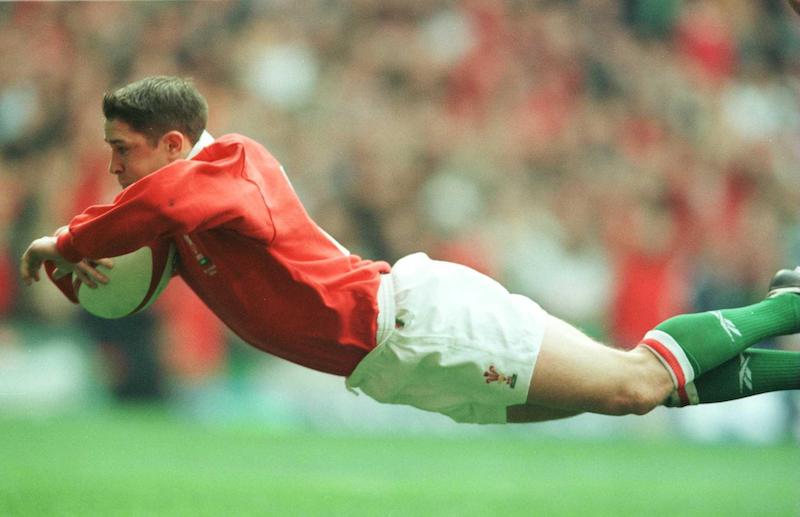 But Williams was a versatile customer, also demonstrating outfield prowess as he progressed through the ranks to senior level and football became his ‘main sport’.

He always had one eye on rugby, however, as he opted to don the colours of Amman United RFC with his friends, rather than those of Cwmamman United, on the day of his football club’s cup final.

And he never looked back after making that decision, running in five tries and immediately showing his ability with a ball in hand – rather than at his feet – to help Amman to an 82-point victory.

Williams rapidly marked himself out as a burgeoning rugby talent, starting out as a scrum-half and moving from Amman to Neath where coach Lyn Jones soon opted to deploy him on the wing.

And that move from Jones proved a masterstroke, as Williams made a name for himself as a brilliant finisher and was awarded his maiden international call-up by Graham Henry during the 2000 Championship.

He came on as a replacement against France as Wales succumbed to a 36-3 defeat in Cardiff, but he soon found his feet in just his second appearance – his first start – as he dotted down in a four-try rout that saw Henry’s team ease past Italy 47-16.

Williams, who turned 23 during that Championship, then went on to score twice more against Scotland, as he embarked on an international career that would see him indelibly ink his name in Welsh rugby folklore.

Williams did not feature in the next three Championships – he was hindered by a series of hamstring injuries – but he roared back into action in 2004 as he scored twice against Italy in Wales’ final game as his team finished fourth in the table. 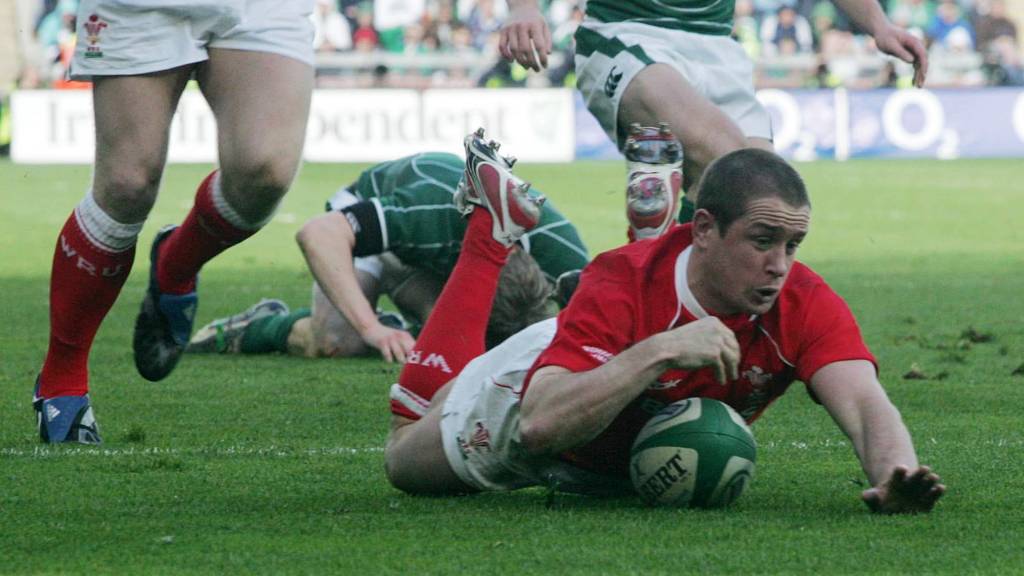 It was the following year where he would really make his mark, however, playing a talismanic role in Mike Ruddock’s Wales squad that seized a historic Grand Slam.

Williams kick-started his campaign with a bang as his try – the only one of the match – helped Wales clinch a hard-fought 11-9 triumph over England in Cardiff.

And that laid the foundations for their Championship hegemony, with Williams also going on to score against Italy and Scotland in victories that teed up a tantalising finale against Ireland back in the Welsh capital.

A 32-20 triumph over Eddie O’Sullivan’s side that day was enough to secure Wales’ first Grand Slam since 1978, as tries from Gethin Jenkins and Kevin Morgan helped to end 27 years of hurt and make the then-28-year-old Williams a Championship winner.

Williams went on to feature in both the 2006 and 2007 editions of the competition – both won by France – before eyeing up a further tilt at Grand Slam glory with Warren Gatland’s Wales side in 2008.

And Williams was once again instrumental in his team’s successful campaign, playing in the win against England before running in two tries against both Scotland and Italy to get Gatland’s men off to the perfect start.

The wide man was finding some of the form of his career as Wales took the 2008 Championship by storm, also scoring against Ireland in a 16-12 win that put his team on the brink of a second Grand Slam victory in four years. 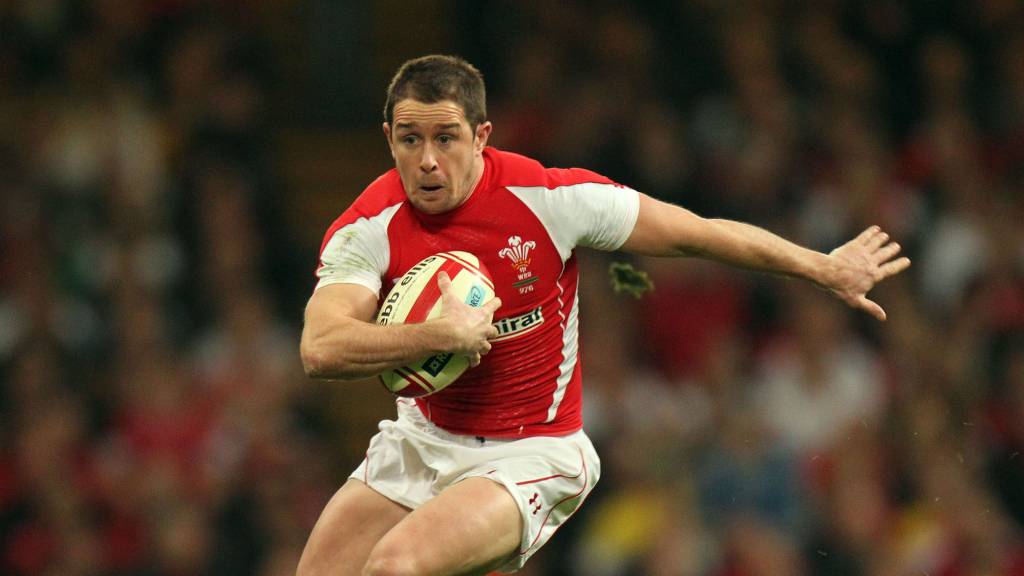 Williams went on to feature in the following three editions of the competition but his side failed to replicate their 2005 and 2008 glories, with Ireland, France and England lifting the trophy to make it four different winners in as many years.

But that change was accompanied by some familiar continuity, as Williams showed no signs of halting his clinical exploits with two tries in 2009, three in 2010 and two more in 2011.

And his effort against France in 2010 made him Wales’ top-scorer in Championship action, marking his 19th try to lift him above Gareth Edwards in the competition’s record books.

The man from south Wales soon bowed out against Australia in Cardiff in 2011, calling an end to a thrilling international career where he notched 58 tries – placing him 18 ahead of George North at the summit of his country’s all-time list.

Now undertaking a range of media work and keeping a close eye on the exploits of his beloved Wales, Williams will always stand tall as an undisputed Guinness Six Nations great.

Is that enough for Williams to make your Six Nations Greatest XV on the wing? Head to the Guinness Six Nations app and put together your line-up.