Greig Laidlaw epitomised what it means to play rugby for Scotland.

Versatile, passionate and tough as old boots, the fiery half-back rose to every challenge thrown his way.

From his debut in 2010 to retirement in 2019, Laidlaw captained Scotland 39 times – in more than half of his 76 caps – and on more occasions than any other Scottish skipper in the history of the game.

A captain, a goalkicking machine, a strategist – Laidlaw was usually found at the heart of all things good for Scotland and also played in two World Cups and toured with the Lions in 2017.

Being a half-back must be part of the Laidlaw DNA as Greig is the nephew of former Scotland scrum-half Roy Laidlaw.

With 76 caps, the Laidlaw family’s current representative surpassed his uncle’s tally and both men are successful products of Jed-Forest RFC.

After his 2010 debut at No.9, Laidlaw’s maiden Championship did not arrive until two years later and the Edinburgh man was used one position out at fly-half. There the youngster raked in the points with a try, a conversion and two penalties in his first start, a 13-27 loss to Wales in 2012.

Scotland finished that Championship bottom of the pile but redemption was swift as he kicked all of Scotland’s points in the historic 9-6 victory over Australia in New South Wales later that year. 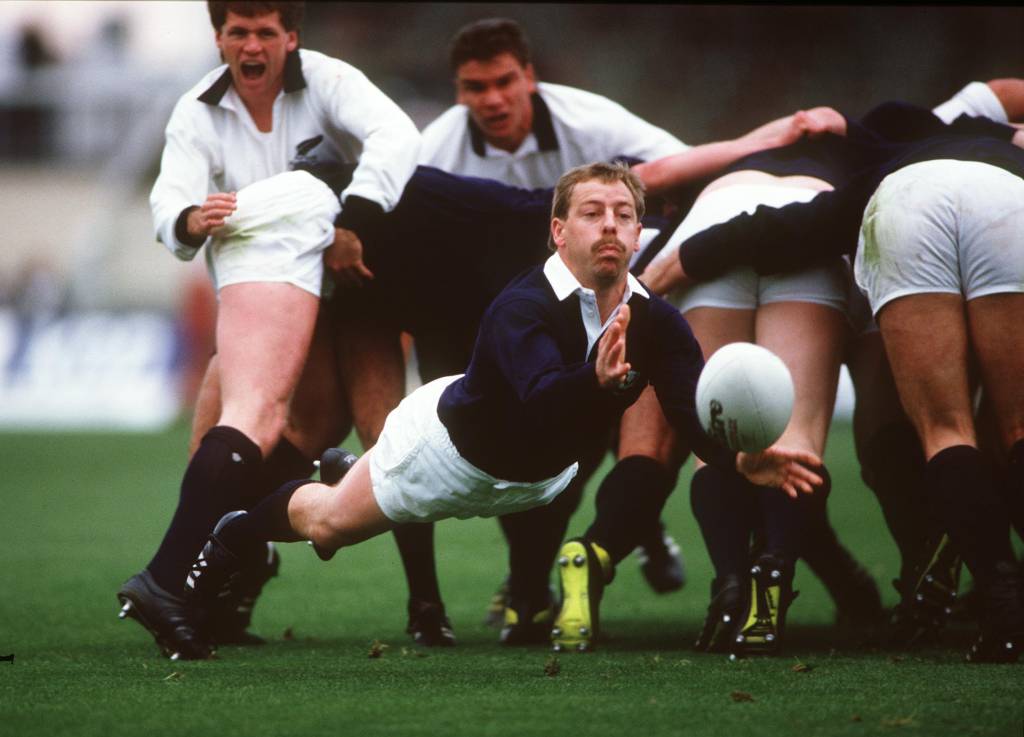 Roy Laidlaw v New Zealand at the World Cup in 1987

MASTER OF ALL TRADES

Laidlaw’s versatility made him a valuable asset to the team, able to play scrum-half and fly-half at a time when other players were in and out of the team and in the 2013 summer tour he became Scotland’s 113th Test match captain.

Meanwhile, his club career had seen him represent his hometown club Edinburgh Rugby since 2007 where he was integral in their 2011-12 run in Europe’s top competition, captaining the side in a narrow loss to Ulster in the semi-final.

But 2014 saw him leave Scottish shores for Gloucester Rugby.

A YEAR TO REMEMBER

In 2015, Laidlaw reached his peak as he led Scotland to a World Cup quarter-final in England and earned himself a nomination for the World Player of the Year award.

Scotland came through a tough pool with wins over Japan and United States setting up a crunch match against Samoa in the final pool game in which Laidlaw scored 26 points including a crucial late try to book his side a place in the next round.

Scotland were drawn Australia in the quarter-final and despite another mammoth contribution from Laidlaw, kicking 19 points, they lost by the narrowest of margins going down 35-34.

Only one other Scottish player has ever earned a nomination for the award, Mike Blair in 2008. 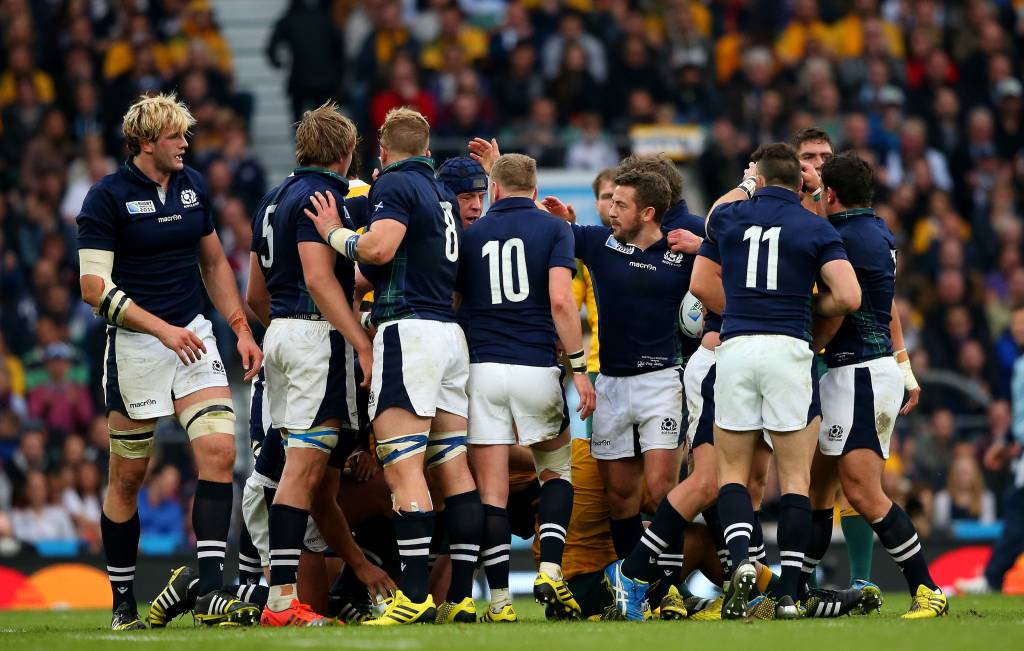 Greig Laidlaw in action against Australia

An injury brought his 2017 Six Nations Championship to a premature end but he managed to recover in time to earn his first selection for The British & Irish Lions tour of New Zealand – again mirroring the feats of his uncle Roy.

And despite moving to France with Clermont, Laidlaw returned to the Scotland fold for the 2018 Six Nations and rolled back the years as he martialled Scotland to a first victory over England for a decade.

The 2019 Championship got off to a promising start as Laidlaw guided Scotland to an opening-day victory against Italy. But injuries quickly crept up on Scotland and they lost their next three matches to Ireland, France and Wales, while Laidlaw was dropped to the bench.

Still, he came off the bench and played a major part in Scotland’s miraculous 38-38 draw with England, where they trailed 31-0 after 30 minutes.

That thrilling draw proved to be the last of his 37 Championship appearances, but there was still the 2019 World Cup to get ready for.

Scotland were drawn in a tough pool with hosts Japan and fellow Six Nations side Ireland. Laidlaw was restored to the first XV but could do little to prevent an early exit, as Scotland finished third in the pool.

He scored his fifth and final Test try against Samoa and called time on his Scotland career after the tournament concluded.

It was an unsatisfactory end to a fine international career.

Is that enough for Laidlaw to make your Six Nations Greatest XV at scrum-half? Head to the Guinness Six Nations app and put together your line-up.