Jones’ England toppled Italy 36-15 at Twickenham in the 2017 Championship but the game is remembered for Italy’s strategy of committing no men to the breakdown beyond the initial tackler, meaning no ruck was formed and rendering the offside law irrelevant.

Conor O’Shea’s strategy – enabled by a law that was abolished by World Rugby later that year – had initially flummoxed the hosts throughout the first period and the Azzurri led 10-5 at the break, before a late onslaught from England eventually secured a convincing victory.

The Red Rose head coach, who recently signed a new deal to take him through to the 2023 World Cup, remembers the occasion well and praised O’Shea for deploying the innovative tactic in London.

Speaking to the former Italy boss on England Rugby’s ‘The Eddie Jones Coaching Podcast’, Jones said: “I think it took a lot of courage from your guys to do it. 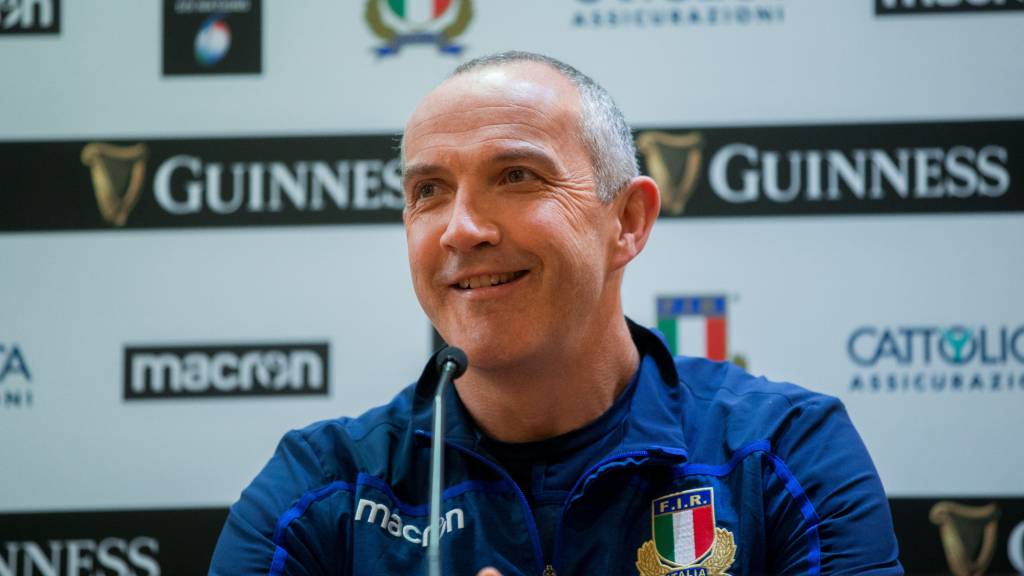 “Any time when you’re the underdog – as you were – and you try to do something at the start of the game that tactically or psychologically surprises the opposition, it’s good coaching.

“It’s great coaching, and secondly it exposed a flaw in the law, which is good because that’s been cleared up now.

“For us, it was a great exercise – when you’re the favourite to win the game you’re thinking ‘what’s the opposition going to bring to try to upset us’.

“But we didn’t, and it took us a while to come to grips with it, so it was a great exercise for us and I was really happy with the way the players went about it.

“It really added to the Six Nations – it takes a lot of courage so I thought it was really good.”

Five months after the Twickenham bout, World Rugby introduced a law change that created a line of offside through the tackle as soon as an attacking player arrived, meaning O’Shea’s tactics would have no longer been legal. 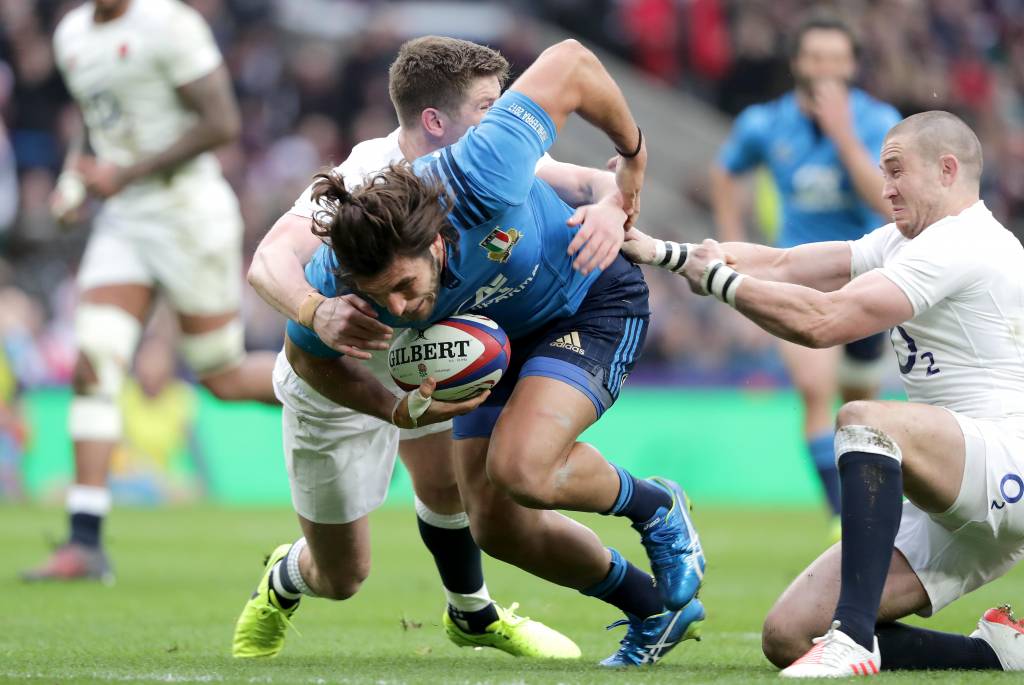 But it was a ‘loophole’ the visitors were able to exploit during the 2017 Championship, with Italy players able to effectively loiter on the side of the breakdown that would usually be classed as offside – if a ruck had been formed.

The strategy meant England were unable to find their desired fluency as a Giovanbattista Venditti try cancelled out Dan Cole’s effort, handing the Azzurri a narrow 10-5 advantage at half-time.

But two quick scores after the break from Danny Care and Elliot Daly overturned the deficit, before a Michele Campagnaro try made it 17-15 to the hosts with just 20 minutes remaining.

The Red Rose soon hit their straps, however as tries from Ben Te’o and two from replacement Jack Nowell were enough to secure an eventually comfortable-looking victory.

But it was far from that as O’Shea’s men made the Red Rose work hard for their triumph, and the former Italy boss has revealed his motivation behind deploying the unorthodox strategy. 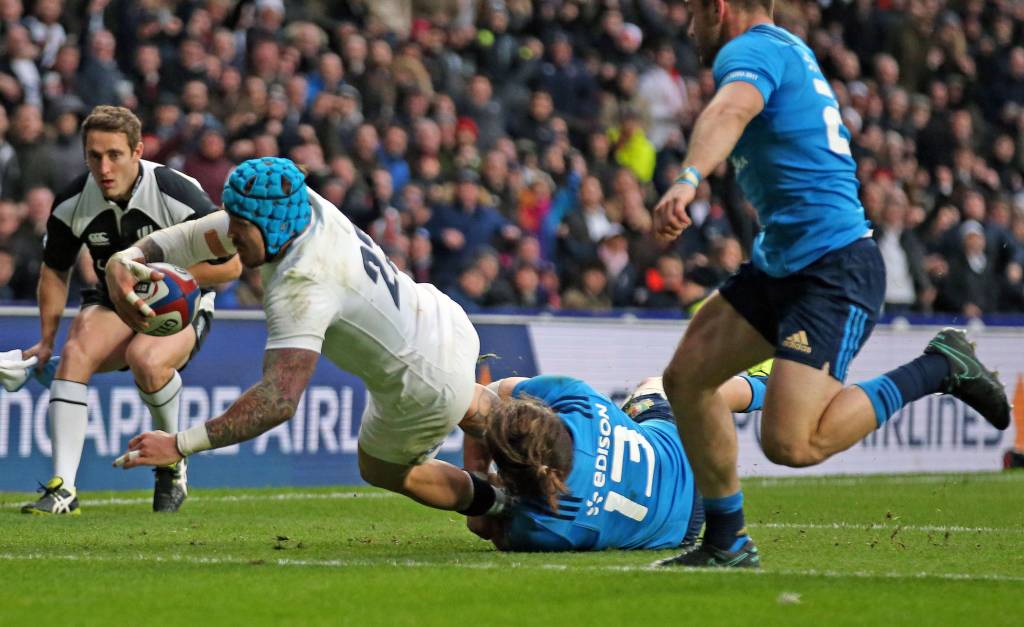 “We’d come off the back of a big loss to Ireland. We rang Sergio [Parisse] and said ‘what about this?’” O’Shea recalled.

“We decided to come up with something to give ourselves something to cling on to – not break the rules, but just try this, because if we play and do exactly what England expect us to do, we’ll be brave, we’ll be bold, and we’ll be beaten.

“And they bought into it – it wasn’t illegal, but we’ll call it a loophole.

“It’s like any underdog – we showed a video that week of a group going to war, and everyone just charging in and getting shot.

“The analogy was like: ‘we can go out with passion and energy and get shot down just like all those people’.

“You cannot just go straight at people, and I think that’s how as a coach you adapt and how you learn from different sports and different ways of thinking to gather the momentum.”