On a dramatic final weekend, Gregor Townsend joined the illustrious – and short – list of people to score a try against every other opponent in the same Championship.

France were downed in Paris, Alan Tait and Martin Leslie also securing doubles, and then they had to watch on Sunday as England went for the Grand Slam at Wembley against Wales.

But Scott Gibbs broke English hearts and Scotland could celebrate.

So where are that famous XV who won Scotland’s last crown now?

Auckland-born, Glenn Metcalfe played all four games for Scotland in that Championship win.

Following his rugby career, Metcalfe returned to his native New Zealand to become a firefighter.

Most famous in a Scotland jersey for the way he matched up with varying degrees of success against Jonah Lomu, Murray is something of a Scottish folk hero.

Since giving up the game, Murray moved into teaching, and works as a PE teacher in the Scottish borders.

A dual-code international who played for both Scotland and the British & Irish Lions, Tait will go down as one of Scotland’s all-time greats.

After hanging up his boots, Tait began coaching and was head coach of Newcastle Falcons up until 2012. 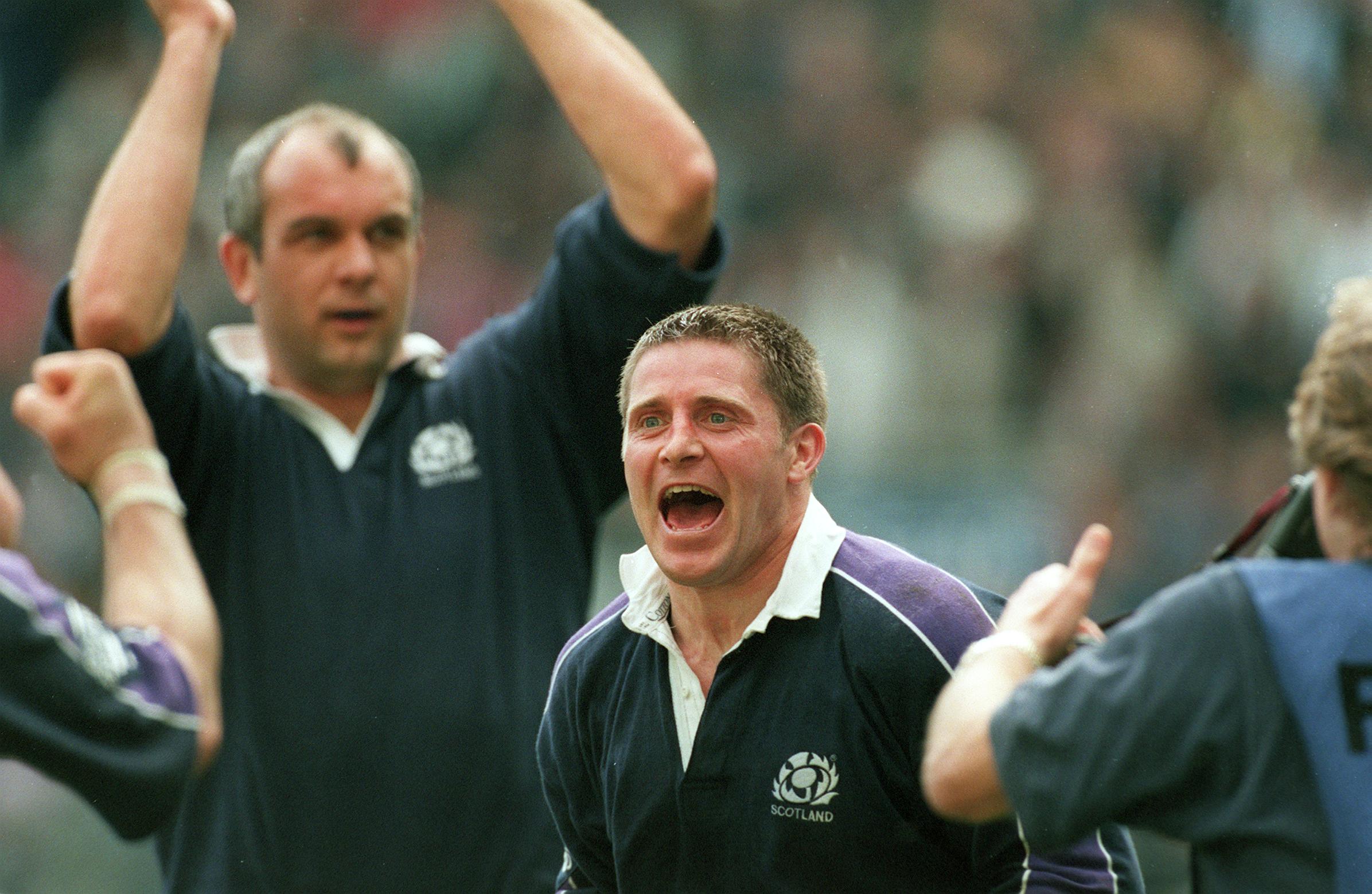 Since then he has enjoyed spells as assistant coach with Yorkshire Carnegie and in the international and age-group set-ups for Scotland.

More recently he has taken up a scouting role as part of broad national restructuring aimed at enhancing player development.

Another Kiwi-born star, John Leslie is perhaps most famous for scoring a try after only ten seconds against Wales during the 1999 Championship.

A centre from Lower Hutt who went on to do great things for both Otago and the Highlanders, Leslie moved to Scotland and became an immediate hit in midfield alongside Tait.

After his playing career he returned to the South Island of New Zealand, coached at the University of Otago and then set up Leslie Rugby Coaching Business.

A great of the game with both Wasps and Scotland, Logan married the TV presenter Gabby Logan (nee Yorath).

He stayed in the public spotlight after his retirement when both he and his wife entered the BBC’s Strictly Come Dancing in 2007.

Logan has remained focused on family life and charity work since his retirement – particularly focused on raising awareness for dyslexia.

Townsend made history in 1999 by scoring a try against every opponent in that year’s Championship.

Since retirement he has forged a hugely successful coaching career – first with Glasgow Warriors and since with Scotland.

Townsend took the Scotland top job back in 2017 and has seen his side claim three wins in the 2018 Championship, reclaim the Calcutta Cup and put 50 points on Australia.

The man they called the Junkyard Dog, and hailed by many as Scotland’s greatest ever player is No.9 Gary Armstrong.

A former lorry driver in the amateur era, Armstrong returned to the lorry business after his rugby career ended while also trying his hand at farming. 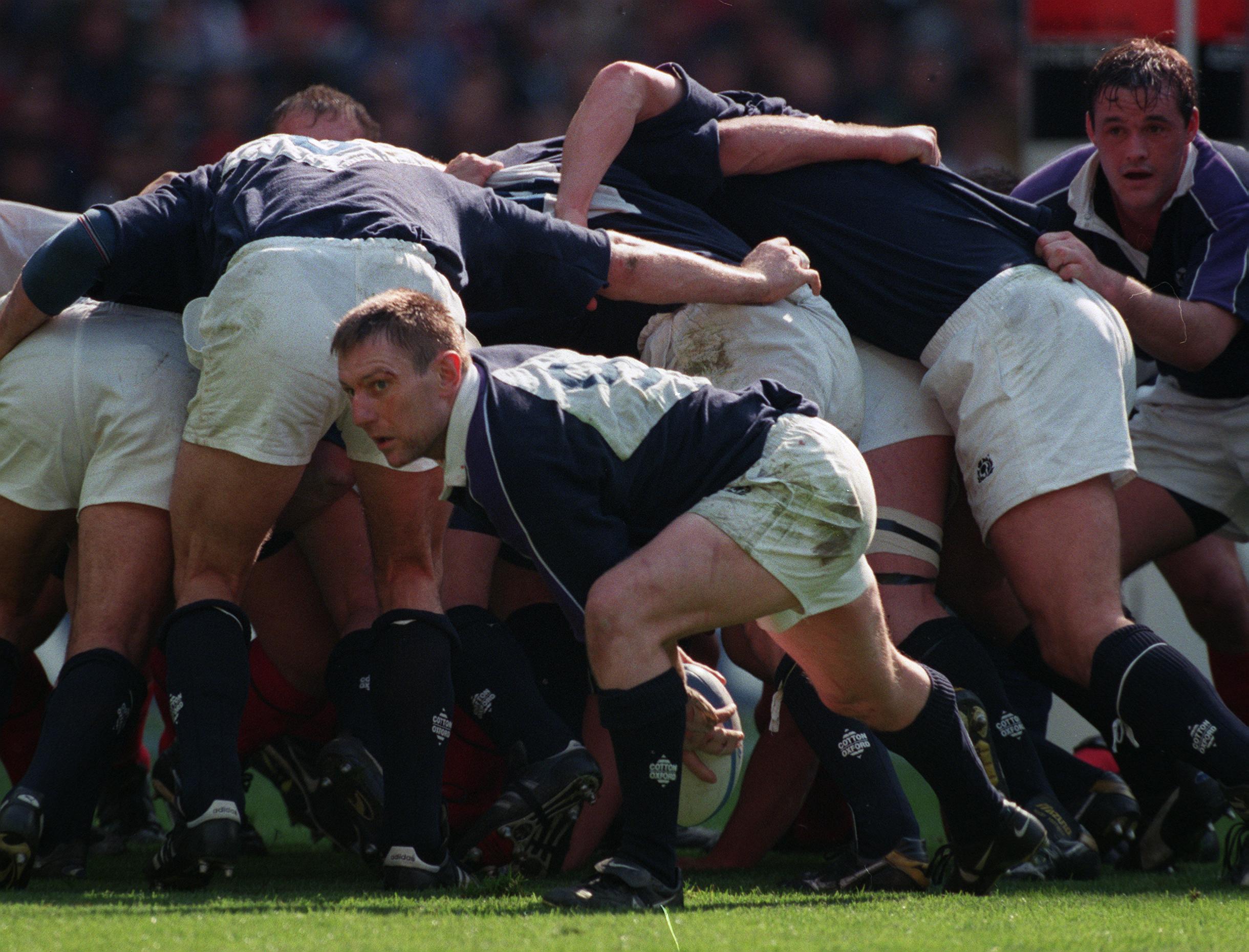 He has since made a successful transition to the grain business and turned out for Stewart Melville’s third XV at the age of 51 as part of his ongoing work to aid the My Name’5 Doddie Weir foundation.

Prop Dave Hilton was a cornerstone of the front row at the turn of the century for Scotland.

Since calling it a day the former Bath prop has moved to coaching and spent time at Moseley, Clifton, Dings Crusaders and more recently Bristol Bears Women in the Premier 15s.

The only Scot to play a Test on the 2005 Lions Tour, Gordon Bulloch studied for a Masters in Business at the University of Strathclyde after retiring.

In 2018, he ran up the 427-metre high Dumgoyne Hill 24 times to match the climbing of Mount Everest – again to help out the My Name’5 Doddie Weir Foundation.

Along with Armstrong, Paul Burnell was part of the Scotland team that won the Grand Slam in 1990 and the Championship nine years later.

After retiring he returned to the City, working initially in Waste Recycling and is now a partner at Redgrave Partners.

He is also involved on the board with London Scottish.

A former basketball player, Murray moved into coaching after his playing days were over.

The lock kicked things off in France, with a successful spell at Mont de Marsan before returning to Scotland to take over Scotland A.

But the former second-rower has now moved out to USA where he continues to coach in Major League Rugby.

The headband-wearing former Newcastle Falcons lock won an impressive 71 caps for his country.

Since retirement he stayed in the north east of England, working as a buyer for Persimmon Homes where he is now Land Director Designate.

Budge Pountney announced his shock retirement from Scotland at the age of just 29.

He played on for another season with Northampton Saints before being parachuted into the coaching hotseat with Paul Grayson at Franklin’s Gardens.

Since then, Pountney went from poacher to gamekeeper as a citing officer before returning to coach schoolboy rugby – first at Marlborough College and now at Regent House.

The younger brother of centre John Leslie, Martin was a tireless flanker for Scotland who managed an impressive ten tries in 37 caps for Scotland. 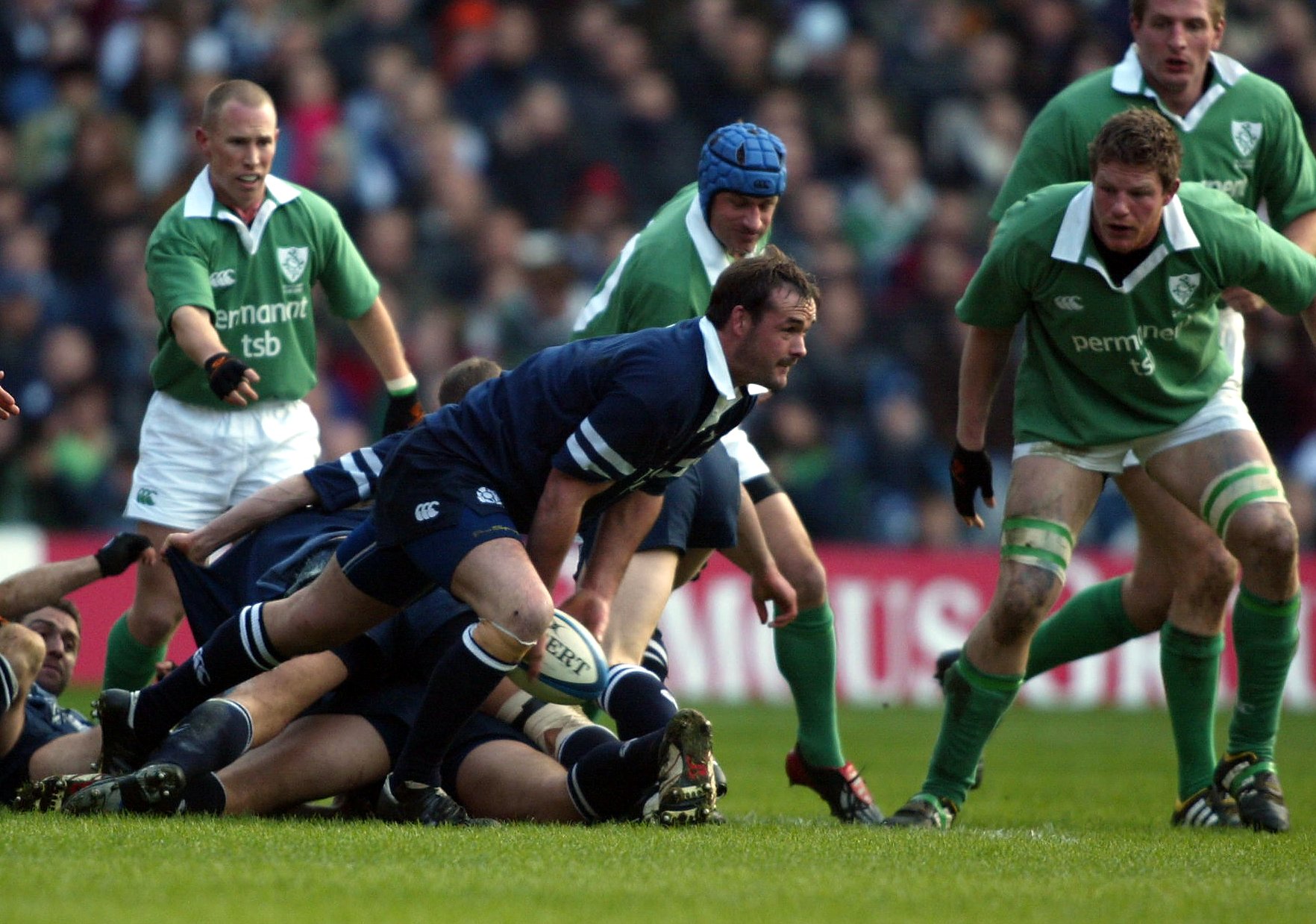 His double against France helped them secure the 1999 Championship but after the 2003 Rugby World Cup he retired and returned home to Lower Hutt.

The Scotland No.8 Stuart Reid played in the same England Schools team as Martin Johnson and went on to captain Narbonne in France.

But after playing on for a few years in the amateur game with Watsonians, Reid returned his focus to his former job as a policeman and is now Chief Inspector in the Scottish Borders.