With 119 Test caps, Martin Castrogiovanni was a cornerstone of Italy’s scrum and one of world rugby’s premier props for 14 years.

The amalgamation of his talent and charisma carried Castrogiovanni to 60 Six Nations appearances for the Azzurri, while a whole city in England fell head over heels in love with him.

Consistency, longevity, fearlessness and leadership sum up Castrogiovanni’s game and he is a modern great who is a leading contender for the tighthead berth in anyone’s Greatest XV.

Despite representing Italy, Castrogiovanni’s journey started south of Buenos Aires in Parana, Argentina where he was born.

While rugby was always in his sights, Castrogiovanni’s mother disapproved of the sport and that led him to play basketball until he was 18.

However, a skirmish with a referee ended his on-court journey and finally led him to take up rugby.

He started out with Atletico Estudiantes before being snapped up by Italian side Calvisano in 2001. 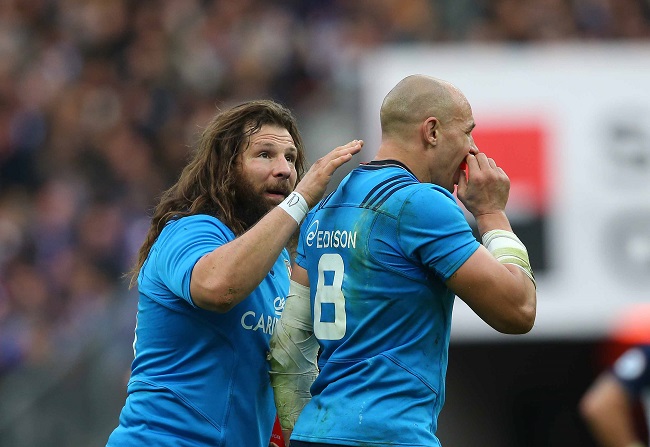 It was during his five years at the club where he gained Italian citizenship through his Sicilian grandfather.

Castrogiovanni made his Test debut in June 2002, away to New Zealand in a 64-10 defeat. Alongside him on the pitch that day were the likes of Marco Bortolami and Sergio Parisse – two other legends of Italian rugby.

The following spring came his first Six Nations campaign, which started with a 30-22 victory against Wales in the Championship’s opening game.

Castrogiovanni started on the bench and he didn’t make his first start until the final round against Ireland, while later that year he scored his first try in the World Cup against Georgia.

His true breakthrough came the following year as he started every game for Italy in the 2004 Championship and was named man-of-the-match for his performance in the 20-14 win against Scotland in Round 3.

Soon, the long-haired tighthead gathered a cult following. His explosive power and caveman image captured the imagination – much like France’s Sebastien Chabal.

Although progress was slow for Italy, their scrum was always one that was not to be messed with and Castrogiovanni was a big part of the reason why.

In 2008, he was in the form of his life and even scored three tries to finish as Italy’s highest scorer – a rare achievement for a prop.

As Italy improved, so did Castrogiovanni and he played a massive part in some of their landmark wins, including successive home matches against France in 2011 and 2013. 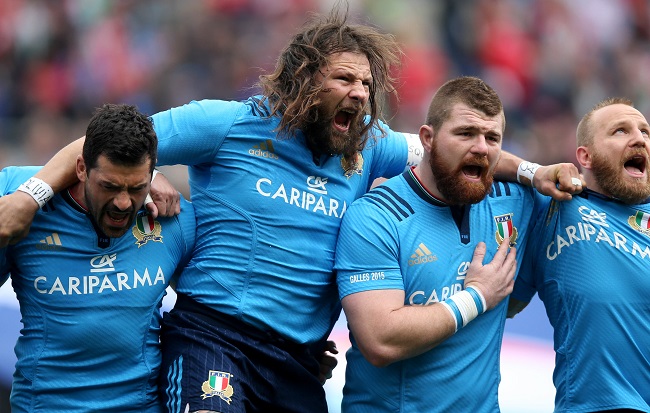 In 2012, he was handed the captain’s armband and led Italy to a 13-6 success against Scotland. He even tweeted he was the only Six Nations captain to be unbeaten.

His international career eventually finished in 2016, typically it was against Wales – the side he made his Championship debut against 14 years before.

Castrogiovanni’s Six Nations performances caught the eye of a number of Premiership clubs and he was snapped up by Leicester Tigers in 2006.

Despite knowing very little English, his time in Leicester could not have got off to a better start as he showed his true potential by winning the Premiership Player of the Season award and the Premiership title.

Castrogiovanni manufactured a cult status at Welford Road and built a reputation of being the league’s most feared prop during his seven-year spell, in which he helped the club win three more titles.

He left for Toulon in 2013, but still owes an Italian restaurant in his adopted city. He retired in 2016 after a short stint with Racing 92.

Is that enough for Castrogiovanni to make your Six Nations Greatest XV at prop? Head to the Guinness Six Nations app and put together your line-up.