Of all the compliments paid to Frédéric Michalak, perhaps the greatest was that he was that rare breed who made children want to play rugby.

Those were the words of L’Equipe journalist Renaud Bourel about France’s all-time record points scorer in the week he announced his retirement in 2017.

There is no doubt that the sight of Michalak in full flow was something to behold.

He was spectacular, extraordinary, certainly unorthodox and gifted with a vision granted to few.

Thrust onto the international scene when still a teenager, Michalak spent most of his career in the limelight and was never afraid to venture outside his comfort zone.

Michalak finished his Test career with 436 points in 77 caps, he won three Grand Slams and four Championship titles in all, as well as three Top 14 titles and a record six European titles.

However, reducing his achievements to statistics removes the essence of what made Michalak so special.

The French have an expression ‘puer le rugby’ (literally ‘to stink of rugby’) to describe someone who seems born to play the game.

Like his predecessors for Les Bleus, Thomas Castaignède, Didier Codorniou and Jo Maso, Michalak had an innate feel to the way he played.

French flair may be a vague, outdated concept but for those trying to explain it, 80 minutes watching Michalak would do the trick.

He goes down as a great for Les Bleus, small in stature and yet with a huge impact on the game in France, both on and off the field.

Happy Birthday to one of the most mercurial players to ever play in our Championship – @FFRugby magician @michalakfred ! pic.twitter.com/gO6FRuE5hC

Michalak was just 19 when he made his Championship bow, starting at scrum-half in a victory over Italy in 2002 already demonstrating his ability to switch between nine and ten.

For many his breakthrough came at the 2003 World Cup when at 21 he led France to the semi-final only to struggle in the rain in Sydney and suffer in comparison to Jonny Wilkinson.

Years later, their close relationship at Toulon indicated a similarity in attitude which was at odds with the dichotomy portrayed at the time.

Michalak the magician was not afraid of the hard graft; Wilkinson the metronome was capable of moments of brilliance.

The youngster also had a cheeky side to him, most memorably in an early interview when he left a translator to reply to a question for which he did not have an answer. 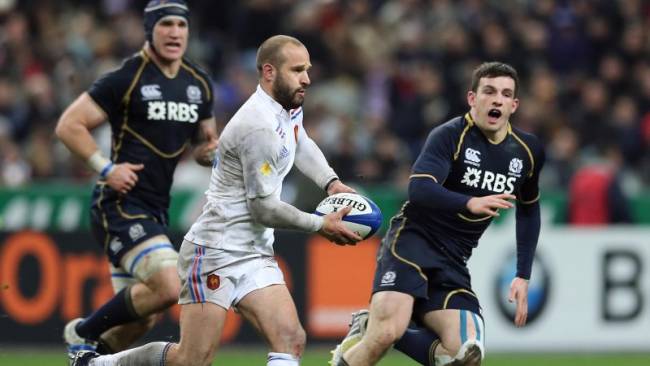 In 2002, Michalak’s involvement in the French Slam was minimal, the same could not be said of 2004.

It was in that Championship that Michalak and Toulouse club colleague Jean-Baptiste Elissalde innovated by constantly switching between scrum-half and fly-half.

The ease with which they could alternate at nine or ten depending on who was closer to the ruck left opposition defences constantly guessing.

When Elissalde was injured in victory over Wales, Michalak adapted just as quickly to a new half-back pairing with Dimitri Yachvili as France travelled to Edinburgh to beat Scotland before wrapping up the Slam in Le Crunch in Paris.

There were those who held Michalak’s versatility against him, some positing that he should only ever have played scrum-half, others that he was a born ten.

The way he approached the game inevitably made him a conflicting figure but even during a more difficult passage in 2006, he was still able to provide the magical chip to set up Florian Fritz and give France a third Championship title in five years.

Despite that, Michalak knew that he needed a change, leaving not only Toulouse, but France altogether, for a first spell in South Africa in Durban, where he won a Currie Cup.

A second stint followed in 2011, where he would lead the Sharks to an improbable Super Rugby final before a second half of his career in France that featured more silverware at Toulon, including three of his record six European titles.

In between those he played a bit-part role in a third Grand Slam, featuring off the bench in three matches in 2010.

However, it was in 2012 that he re-established himself as a force on the Test stage under the stewardship of Philippe Saint-André.

Nominated for World Player of the Year for his efforts, it was arguably the last time we saw Michalak at his very best for Les Bleus, although his Championship finale was an 11-point haul in victory over Scotland the following year. 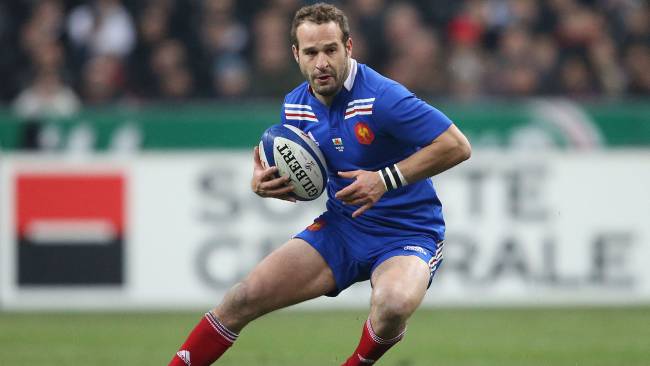 AS ONE DOOR CLOSES

The curtain finally closed on his international career in 2015, at his third Rugby World Cup, but he has continued to play an important role at club level.

As well as working with talented youngster Baptiste Couilloud, Michalak did his coaching badges and invested in Blagnac Rugby, a club in the Toulouse suburbs where family and friends had played over the years.

Michalak’s wish is to remain within rugby and for anyone who saw him at his peak that can only be a good thing.