Scotland hadn’t beaten Wales in Cardiff since 2002 when they headed to the then-Millennium Stadium in Round 2 of the 2010 Six Nations.

But thanks to a swashbuckling first-half performance they were in prime position to end that drought, only for a stirring comeback and one of the most dramatic finales in Championship history to deny them once more.

Trailing 24-14 with just three minutes left but with Scotland down to 13 men, Leigh Halfpenny’s try and Stephen Jones’ penalty levelled the scores before, with the final play of the game, wing wizard Shane Williams surged under the posts to complete a most remarkable 31-24 victory for Wales.

With the help of three of the Welsh protagonists that day – Williams, centre Jamie Roberts and prop Adam Jones, who all recently re-watched the game and provided new commentary to help raise money for Velindre Cancer Centre – here’s the story of a Classic Guinness Six Nations Moment.

“It’s the most dramatic game in this season’s Six Nations, and perhaps in any Six Nations” – BBC commentator Andrew Cotter.

Cotter’s words perfectly encapsulated the disbelief that viewers, fans and even players felt as the frantic finale unfolded but there was no sense of what was to come in the game’s early stages.

It was Wales who seemingly had the greater hangover from their Round 1 defeat as Scotland flew out of the blocks – John Barclay crashing through a pair of weak tackles from James Hook and Gareth Cooper to score the opening try before Dan Parks nailed his first of two drop goals.

When John Beattie sucked in multiple Wales tacklers, Scotland spread left and Parks stabbed through a precise grubber for Max Evans to dot down the visitors’ second score on the 20-minute mark for a 15-3 lead, with Jones’ penalty the lone Wales response. 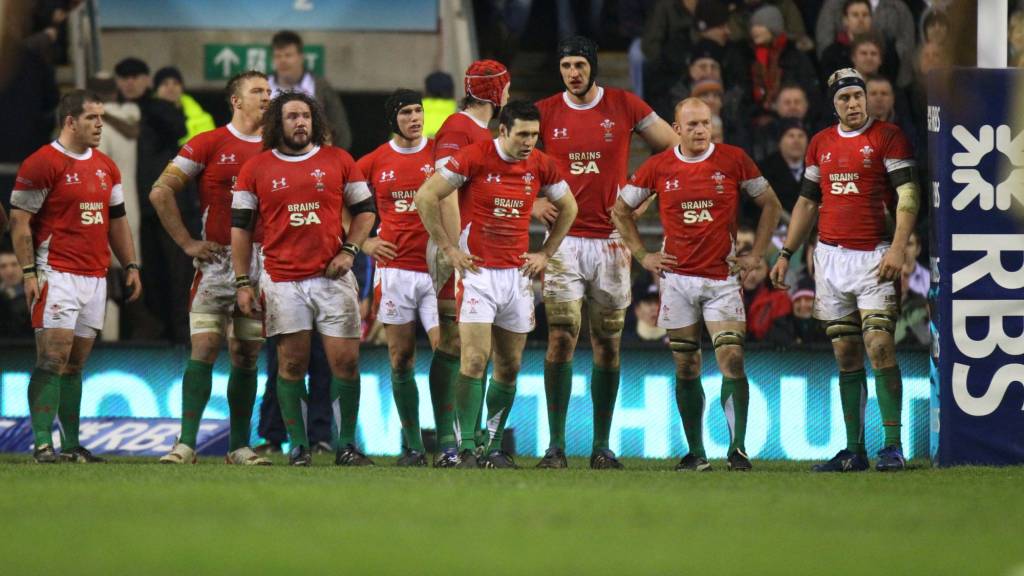 Two more Jones three-pointers, to one from Parks, ensured the deficit was marginally narrowed by half-time but at 18-9, the Scots were still well in control.

“They came at us in the first half and we were rubbish – we made a lot of mistakes and a lot of errors. We played Scotland into the game. We were given a bit of a bollocking at half-time” – Shane Williams.

“We got a death stare off [assistant coach] Shaun Edwards. We then looked like a different team in the second half.” – Jamie Roberts.

Aside from Wales’s disappointing display, the other big news to come out of the first half concerned young Scotland winger Thom Evans, who was stretchered off with a broken neck after an innocuous-looking tackle.

Evans’ cervical vertebrae had been knocked so badly out of alignment that he was a millimetre from paralysis or death but thankfully, although he was forced to retire from rugby without playing another minute, he didn’t suffer any long-term, permanent damage.

“This game was the end of Thom Evans’ career. He broke his neck – I was a medical student at the time and I went to visit him the following week in hospital, a high-dependency unit. He got extremely lucky that he was able to walk again. He had a neck fracture but he didn’t have any nerve damage. He has done some great things in the media since retirement, which is great to see” – Jamie Roberts.

“Seeing what happened to Thom makes you think. As a prop, to come out of the game mostly niggle-free I count myself lucky. Obviously I’ve had the back and neck issues but touch wood, I’ve been very lucky” – Adam Jones.

Back on the field, Parks added another penalty for Scotland early in the second half but Wales finally got a try of their own when Williams surged across the field and linked up with Hook, who sent full-back Lee Byrne over in the corner. 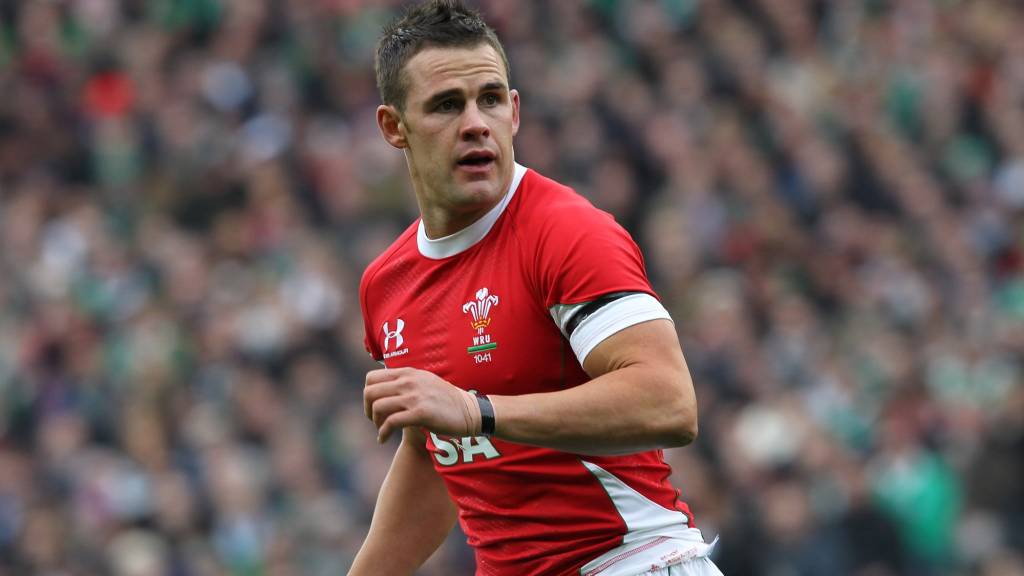 “If you get Shane across the pitch and players running under you, you’re going to get a dent somewhere.” – Jamie Roberts

“It’s no surprise that I produced my best rugby and Wales played good rugby when we played with tempo. When we got quick, clean ball from the breakdown we could get wide like we did for that Byrne try” – Shane Williams.

Williams then produced a brilliant piece of game-saving defensive brilliance as he belied his 5ft 6in stature to out-jump both Kelly Brown and Rory Lamont on his own line to pluck Parks’ cross-field kick out of the air and save a certain try.

Parks did add a second drop goal shortly after to extend the Scottish lead to 24-14 but Wales were handed a lifeline six minutes from time when Scott Lawson was sin-binned to reduce the visitors to 14 men.

And the hosts took advantage on 77 minutes when Halfpenny sped clear down the right wing before cutting in once over the try-line to make Jones’ conversion easier – the fly-half slotting the extras to narrow the deficit to three points at 24-21.

“It was a great finish, although Leigh was close to getting tackled! He was a good winger – I enjoyed playing with Leigh Halfpenny on the wing. I thought he got involved with the game a lot more with ball in hand. He played a good game in this one, he was so busy. He was a real match-winner.” – Shane Williams

With a minute remaining, Byrne looked set to win it for Wales when he raced clear but Scotland replacement Phil Godman tripped the full-back for a clear penalty in front of the posts that also saw him yellow-carded.

With their opponents now down to 13 men and just seconds remaining, Wales captain Ryan Jones opted to grab the guaranteed three points and then take his chances from the restart rather than kicking to the corner to go for the win.

“I placed my privates on the line when I made that decision. You live or die by decisions like that” – Ryan Jones.

Stephen Jones slotted the penalty to remarkably level proceedings at 24-24 but there was still time for one last play as Scotland kicked off and Wales built from their own half. 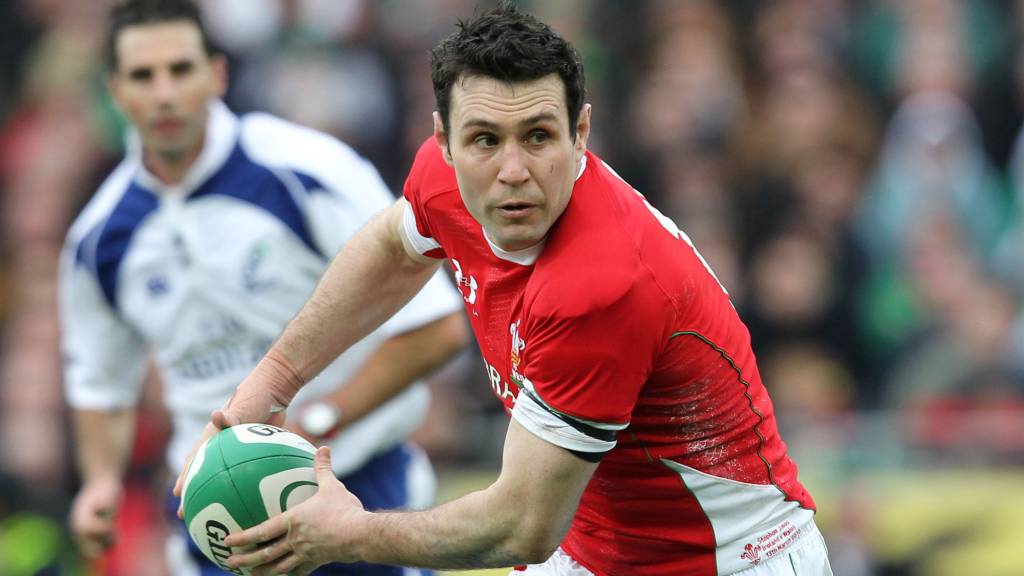 With a two-man advantage, the team looked set to try and run it up the field, only for Jones to choose to send a spiralling kick across the field, into space for Halfpenny to chase.

“I can’t believe Stephen kicked the ball. We were screaming ‘keep the ball, keep the ball’ and he does this!” – Shane Williams.

“We’re only three points behind so you’re thinking ‘right, let’s just keep the ball in hand’ and then he kicks it! 90 per cent of the time, that ball bounces out of the field of play. How this bounces in, I do not know!” – Jamie Roberts.

As Roberts intimates, the ball looked destined to bounce out of play and end the game but instead it spun infield when it hit the ground, throwing off both Halfpenny and the covering Sean Lamont, allowing the supporting Byrne to gather.

Just three phases later, and with men over in abundance, Williams ran between two tired defenders and raised an arm in celebration as he dotted down underneath the posts for the most incredible 31-24 comeback victory.

“I just couldn’t believe it. We could sense that we were going to score though – they were down to 13 men and were out on their feet. Let’s be honest, they were knackered. They’d been defending for the last 25 minutes. We made hard work of it. It was more relief than anything else because looking back on it, we just didn’t play well. We started playing good rugby with ten minutes to go! A bit of me felt sorry for Scotland, it really did but, at the same time, it was a great spectacle for the fans” – Shane Williams.

Wales had completed one of the most improbable comebacks in Championship history and the feeling of disbelief at what had happened spread to the coaching staffs of both teams in the immediate aftermath. 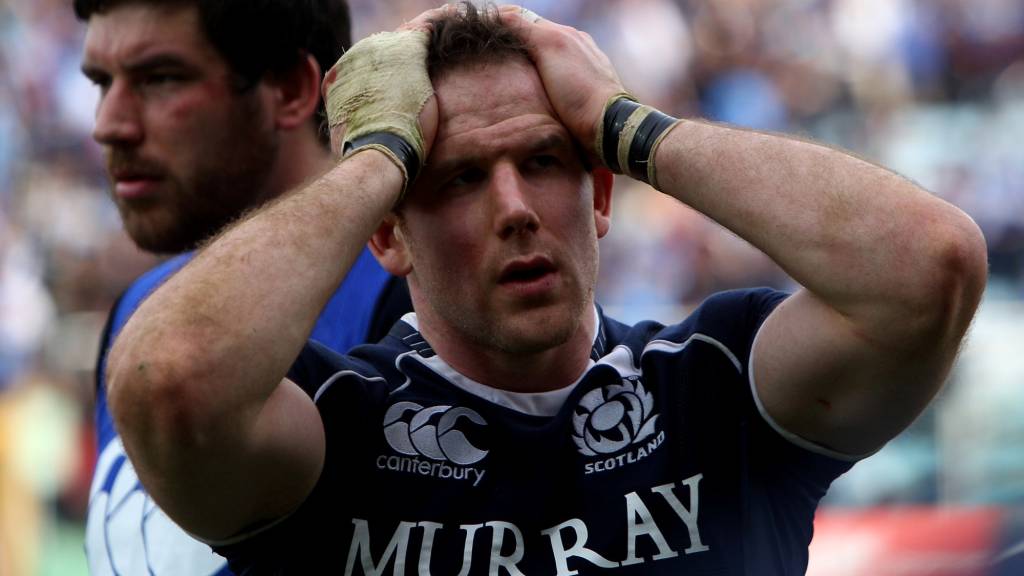 “It was one of the most amazing games I’ve ever been involved in either as a player or a coach” – Wales head coach Warren Gatland.

“It was the most dramatic game of rugby I’ve experienced in my life” – Wales assistant Shaun Edwards.

“I’ve never felt like this after any game I’ve ever been involved with. International rugby is a ruthless business. The last ten minutes were sheer madness. We committed suicide” – Scotland coach Andy Robinson.

While Wales’s triumph will live long in the memory of the players involved that day, as well as the fans who watched the game, it didn’t inspire either side to glory in that year’s Championship.

Wales would lose to France and Ireland before beating Italy in Round 5 to seal fourth spot in the table, while Scotland lost away to Italy in Round 3 for a third consecutive defeat but did draw with England and then beat Ireland in Dublin to avoid coming bottom of the pile.

France would win the Grand Slam but just two years later, Wales clinched a Grand Slam of their own and successfully defended the Championship title in 2013.

“The last five minutes of that game was amazing. It showed the difference with Gats and Shaun [Edwards] coming in – making sure we would keep going and keep going until the ref blows his final whistle. The little things like making sure you were the fittest team in the Six Nations – no-one is working harder than you. That was ingrained into your head, even if it wasn’t true. Because you were working hard in training, you had that feeling that you could go for 80 or 85 minutes.” – Adam Jones. 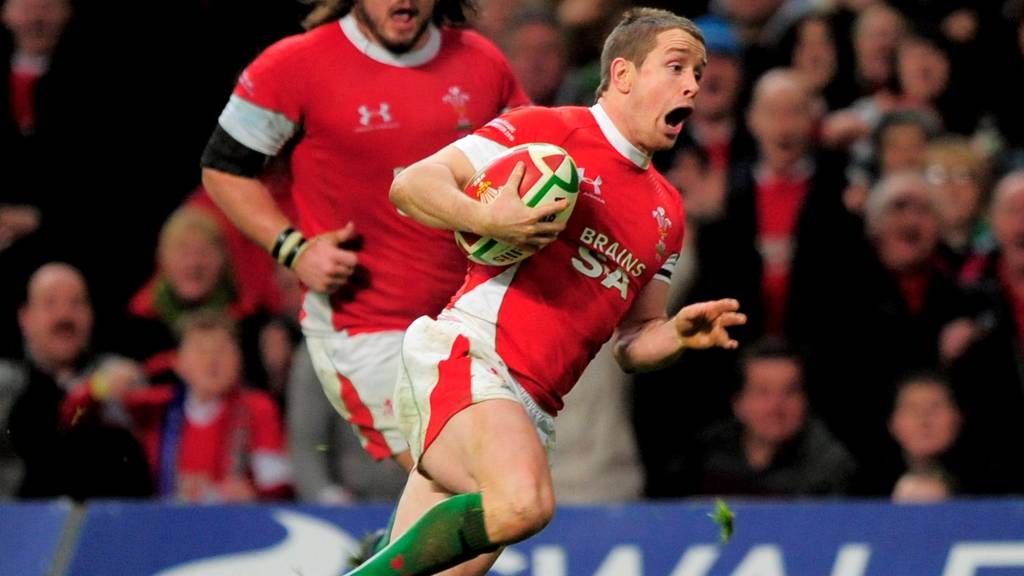 “It’s probably one of the most memorable games I’ve played in. Not one of the most spectacular performances Wales have produced and at the end of the day, we didn’t win that Six Nations, so there were bigger games but the manner in which we won and the pride we showed in our jerseys to finish how we did was incredible. It’s a game I’ll never forget because I loved the way the boys kept fighting.” – Shane Williams.

For Scotland’s part, that is the closest they have come to beating Wales in Cardiff since 2002 – a drought of 18 years that they will be keen to end in the near future.

And while it may not have led to a Championship title in 2010, we’ll leave the last word on that incredible victory to Roberts.

“It was an outrageous moment in our careers and I don’t think we’ll ever forget it. Scotland played really well – it’s a brutal, brutal game to lose. It was one of the most memorable matches in my career because finishes like that in the Six Nations are very few and far between” – Jamie Roberts