Italy celebrate their victory over France in Rome. ©INPHO/Dan Sheridan

In 2011 Italy pulled off one of their most momentous victories since joining the Six Nations when they stunned Championship-chasing France in Rome.

Two years after that dramatic win – their first over Les Bleus in the Championship, they repeated the trick in even more impressive fashion.

With Luciano Orquera producing arguably his greatest-ever performance in an Azzurri shirt, those two great Italian warriors Sergio Parisse and Martin Castrogiovanni went over for tries in a 23-18 success at the Stadio Olimpico.

Under the stewardship of a Frenchman, Jacques Brunel, Italy enjoyed the perfect start to the 2013 Championship, before going on to finish on a high by beating Ireland to claim fourth spot in the table.

While that first success in the Championship over Ireland is an important moment in Italy’s rugby history, it is matches against neighbours France that arguably hold the greatest value for the Azzurri.

Prior to 2011, their only previous win over Les Bleus came in Grenoble in 1997 when they upset the Grand Slam champions.

Since then, the Azzurri had not managed to get within ten points of their Latin rivals, until the 22-21 win in Round 4 of the 2011 campaign when Mirco Bergamasco, below, steered Italy home. 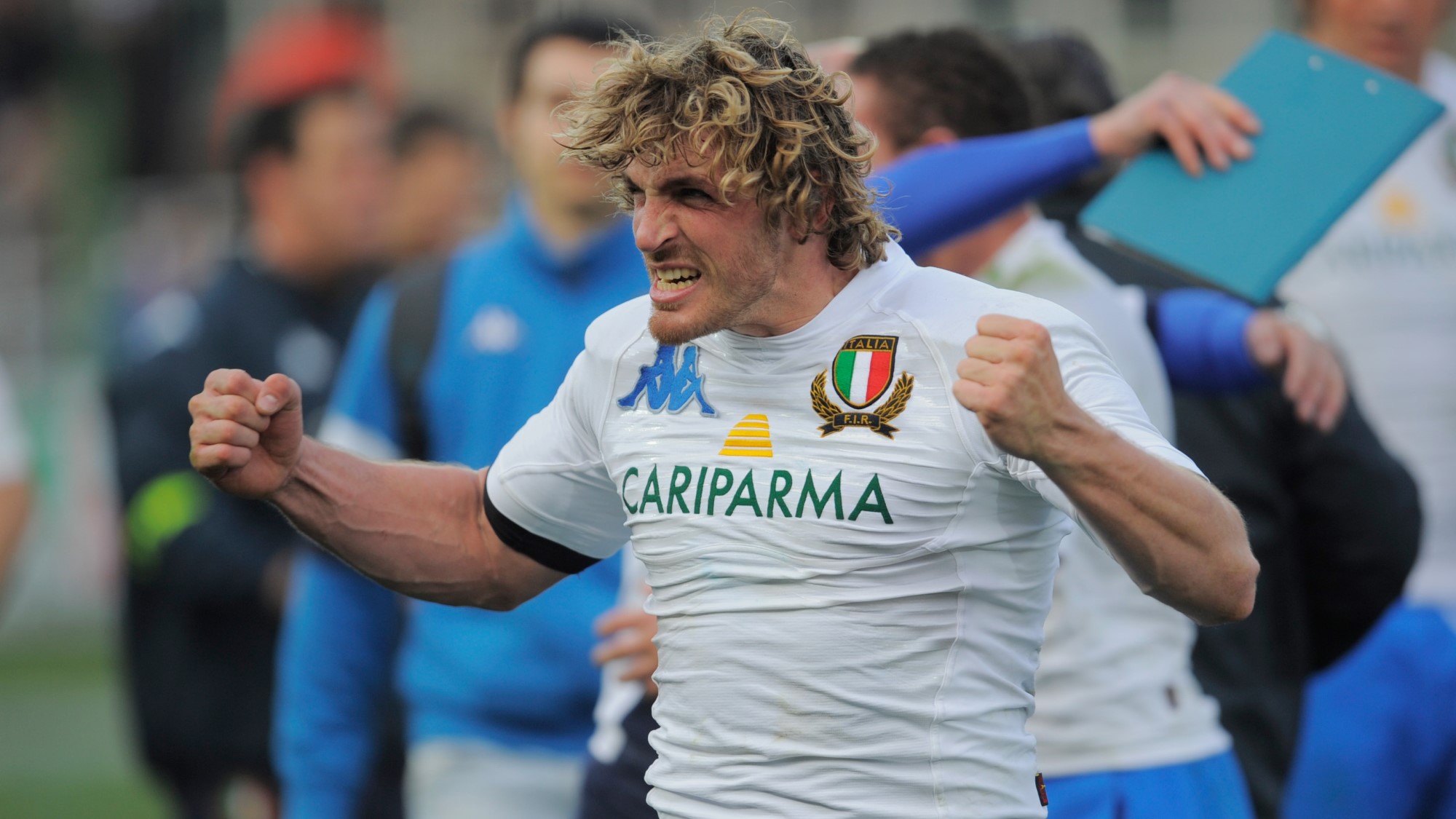 A year later France had earned some measure of revenge in Paris, but Brunel, a former assistant to Bernard Laporte with Les Bleus, and their future head coach, knew just how important the return trip to Rome was for his compatriots.

“Are the French thinking about it still? They have spoken about it more than us because it will be their first match in Rome since that defeat and they will be after revenge.” – Jacques Brunel

“I have never spoken of two years ago. The players experienced that period but since then both France and Italy have changed their squads, their coaching staff and objectives. It will no doubt be an important memory for some players, but we should not think too much about it.”

Italy came into the game with confidence, not just from the 2011 success over Les Bleus, but also having come within three points of upsetting Australia the previous November.

However, France had also enjoyed a fine autumn, knocking off those same Wallabies, as well as Samoa and Argentina.

Brunel made minimal changes from the side that had performed well in November, Orquera continuing at ten, albeit with a new half-back partner in Tobias Botes.

France continued with Frédéric Michalak at fly-half, while Wesley Fofana started on the wing and Yoann Huget at full-back.

The omens were not good for Les Bleus when Michalak put the kick-off out on the full, and within four minutes Italy were in front.

Orquera made the opening try, ghosting between Pascal Papé and Nicolas Mas before playing the two-on-one perfectly to leave Fofana grasping at thin air as Parisse strolled over. 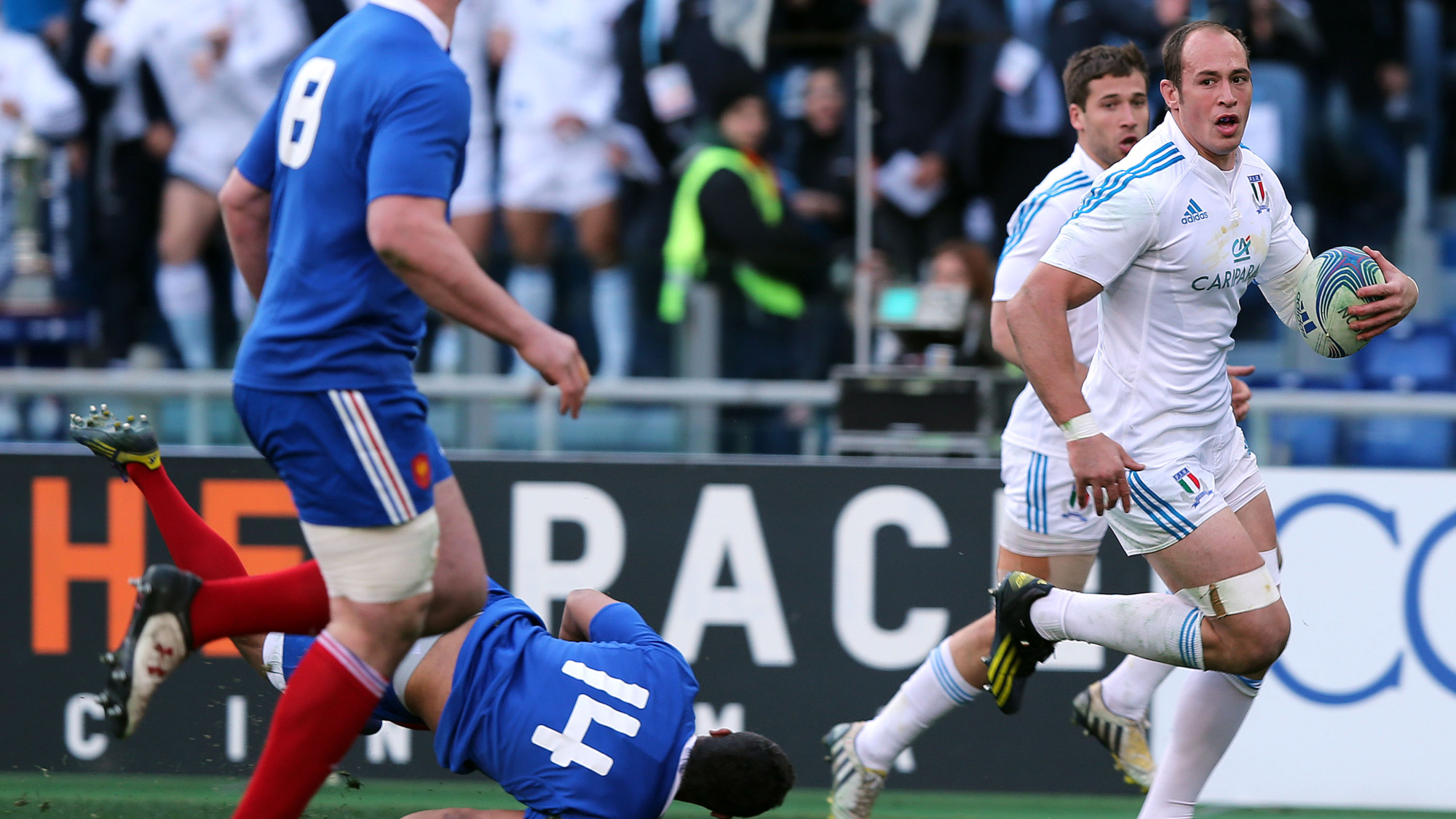 The fly-half added the extras, but France hit straight back. With a top quality No.8 of their own, they used a more direct approach, Louis Picamoles handing off Parisse and Andrea Masi to reach over for the try.

Michalak missed the conversion, while Orquera knocked over a drop goal and a penalty to put Italy 13-5 up after 17 minutes.

Just before the hour the France fly-half pulled back three points, and then Benjamin Fall put France in front for the first time.

It was a wonderful score, with Huget slicing through around halfway, finding Florian Fritz on his inside, and the centre in turn putting Fall into the clear.

Michalak’s conversion gave France a half-time lead, and he added three more points early in the second half.

But just before the hour, Orquera stepped in at scrum-half and darted at a gap next to a ruck. While he was stopped, he was able to free his arms and put Castrogiovanni over. To continue his perfect day, Orquera added the conversion and Italy were back in front 20-18.

Five minutes later he was withdrawn, but not before doing enough to earn player of the match honours.

“I’m really happy for the team and the fans, after two years we’ve beaten France again in Rome. We were mentally extremely strong right from the beginning, we wanted to win at any cost and we were always in the match. We never gave up.” – Luciano Orquera 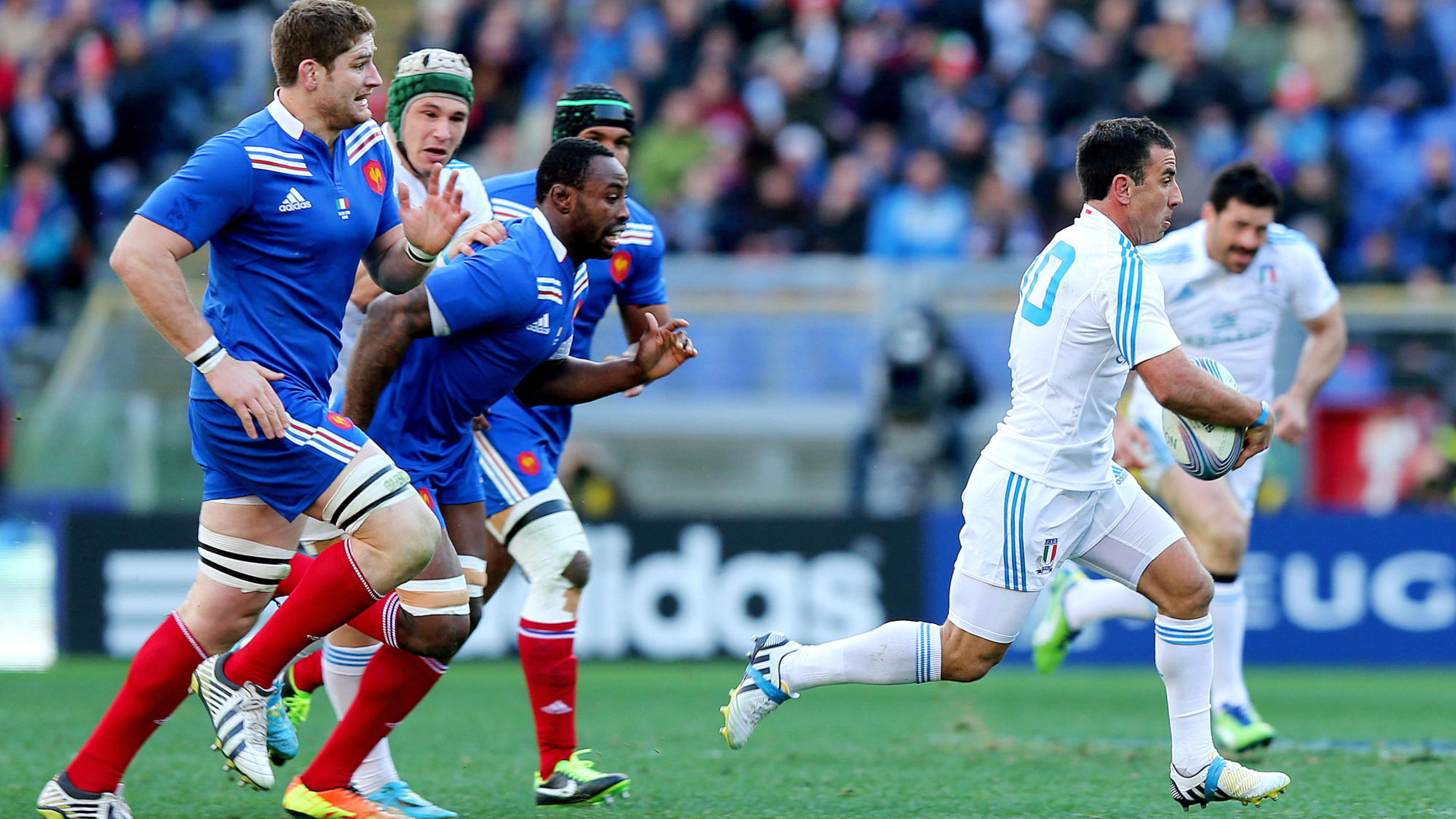 The job was not yet done, but Orquera’s replacement, Kris Burton, copied his teammate by slotting a drop goal to stretch the lead to five points.

That would prove crucial as France tried to fight back. Despite Italy losing Davide Giazzon to the sin-bin in the final minutes, France could not find their way over the line.

Instead, it was the Azzurri who had made it two home wins in a row against Les Bleus, much to Parisse’s delight.

“It was a very important game for us. We talked a lot about our ambitions before the tournament but if you talk and don’t win you don’t have any credibility. I thought we really deserved this victory.” – Sergio Parisse

Brunel, who had taken over from Nick Mallett in 2012, admitted the match was a tough watch before basking in the glory of the success.

“I was in emotional turmoil the whole match. France are a great side and it’s never an easy game. The match could have gone either way as we saw. The team has really grown and today they demonstrated their strength. It’s the right time to manage Italy.” – Jacques Brunel

A week later, Italy struggled in Scotland, with Orquera unable to repeat his performance at the Stadio Olimpico.

However they made strides over the course of the Championship, keeping England try-less in a seven-point defeat at Twickenham before that ground-breaking win over Ireland.

France, meanwhile, would have to wait until Round 5 for their first win of the campaign, beating Scotland in Paris, but it was not enough to avoid bottom spot, finishing below Ireland on points difference.

This day was all about Italy though, showing that when they clicked, they really were a formidable prospect on home soil.