The 2009 Championship will live long in the memory for all Ireland fans as Declan Kidney’s side ended a 61-year wait for a Grand Slam.

In one of the most dramatic finishes in the history of the Championship, Stephen Jones’ last-gasp penalty fell agonisingly short, allowing Ireland to emerge with a 17-15 success in Cardiff to complete the clean sweep.

All but one of the 22 men in the matchday squad have since retired, and while many have remained closely involved with rugby, others have looked further afield after hanging up their boots.

So where are they now? 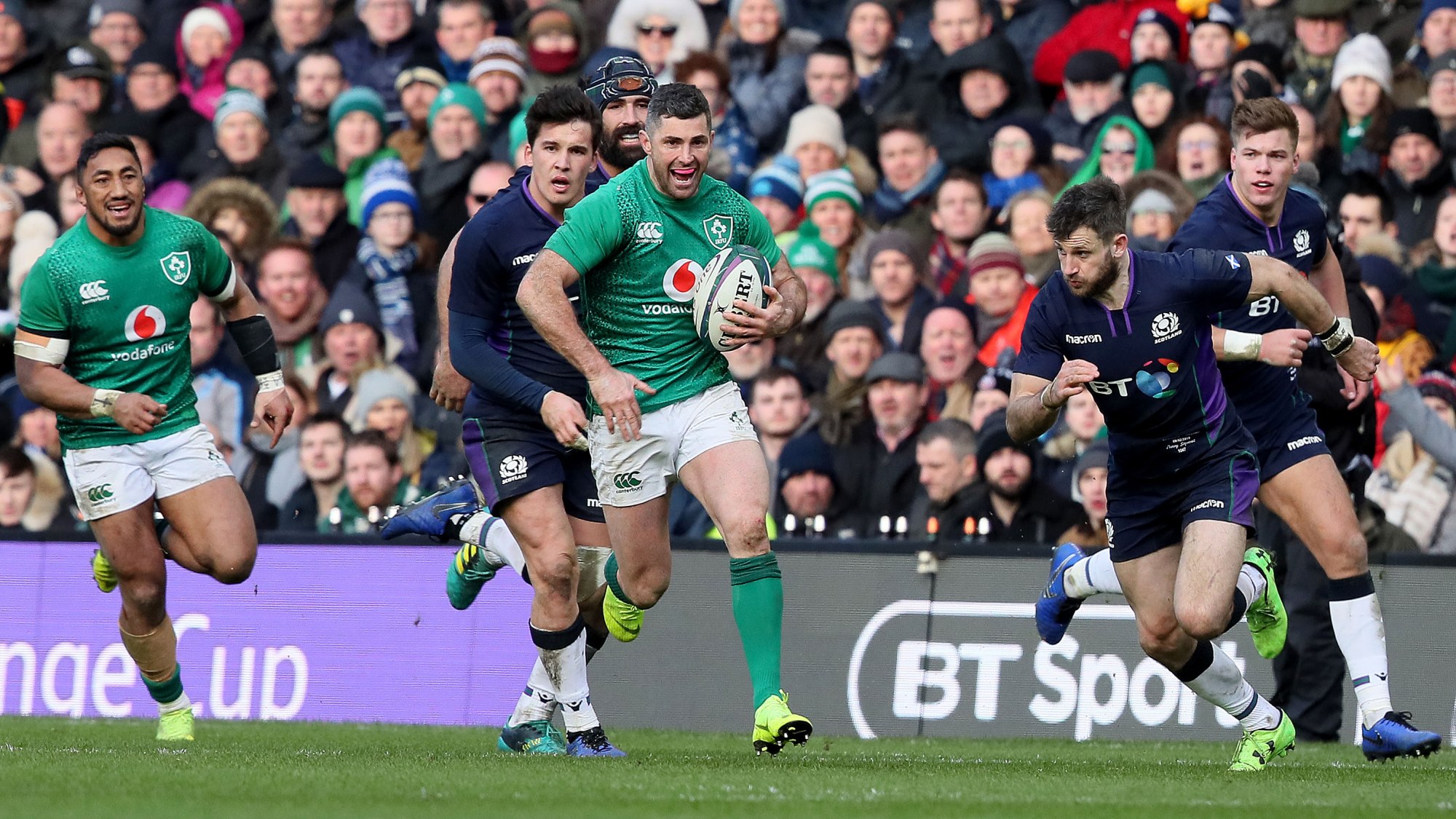 15. Rob Kearney – We start with the one man who is still a professional rugby player. Rob Kearney remains a key figure for Leinster and was part of the Ireland squad that reached the quarter-finals of the 2019 World Cup. While he has not yet featured under new coach Andy Farrell, Kearney is one of just two men who were part of both the 2009 and 2018 Grand Slams.

14. Tommy Bowe – The scorer of one of two second-half Ireland tries against Wales, Tommy Bowe was a key figure in the Grand Slam success. He played for Ireland for 13 years, going on two British & Irish Lions Tours before calling it a day in 2018. Aside from playing, Bowe has worked with footwear brand Lloyd and Price and is now most commonly seen on eirSport on their Guinness PRO14 coverage. 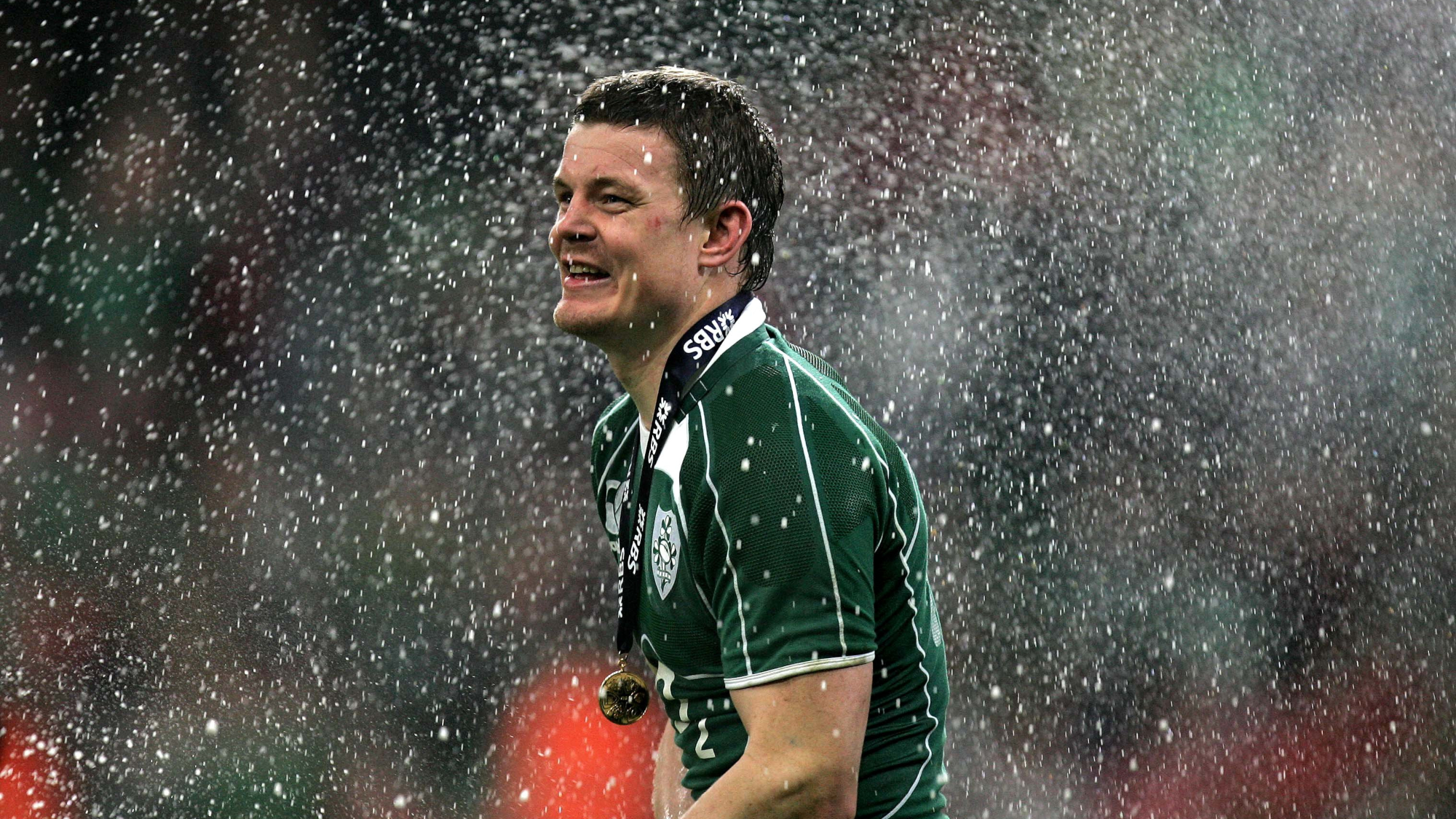 13. Brian O’Driscoll – The Ireland skipper that day and scorer of their first try, Brian O’Driscoll remains a prominent figure in the rugby landscape. Since retiring in 2014, after another Championship success, O’Driscoll has worked as a pundit for BT Sport and Off The Ball, while he is also a HSBC ambassador. During the Guinness Six Nations he works as a pundit for ITV. In 2009 he was named Player of the Championship as well as finishing joint top try-scorer with four tries, level with England centre Riki Flutey.

12. Gordon D’Arcy – Like his centre partner, Gordon D’Arcy has ventured into the media, writing a column for the Irish Times while also working as a pundit on the BBC. He retired from rugby in 2015, and is now also a business partner, along with wife Aoife, in a reformer pilates school.

11. Luke Fitzgerald – The youngest player to feature in Ireland’s Grand Slam run, Luke Fitzgerald was forced to retire at the age of just 28 due to injury. He has since gone into the media, working with the Irish Independent where he hosts a podcast called the Left Wing. Aside from his media work, Fitzgerald is a treasury dealer with Allied Irish Banks. 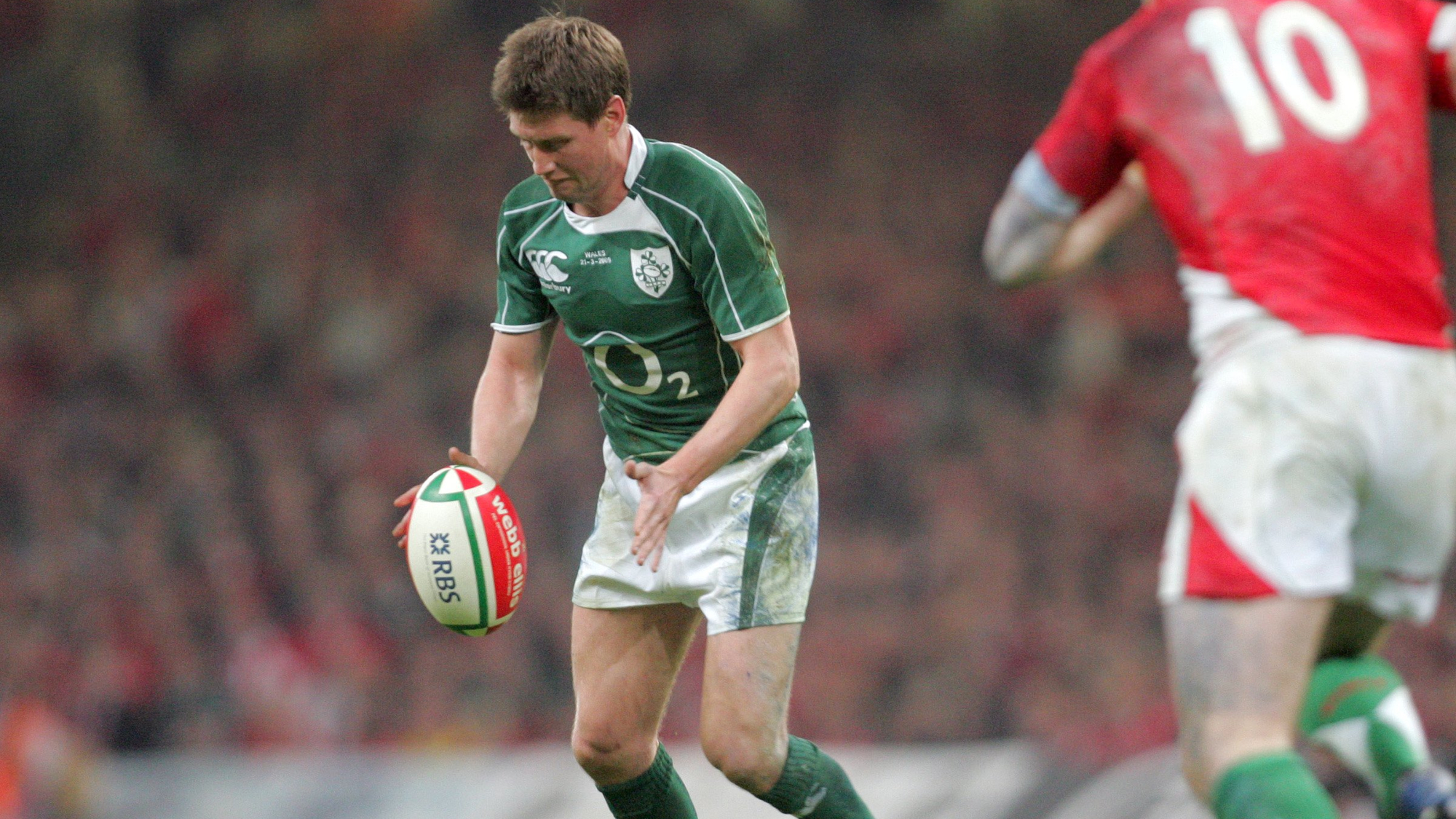 10. Ronan O’Gara – No one will ever forget Ronan O’Gara’s contribution to the Ireland Grand Slam. It was his drop goal two minutes from time that proved the difference in Cardiff. As a player, O’Gara spent his entire career at Munster, but since retirement he has become one of the most-travelled members of this squad, coaching in France and New Zealand. After spells with Racing 92 and the Crusaders, he is now the head coach of La Rochelle in the Top 14 working with former Leinster and Ulster coach Jono Gibbes.

9. Tomas O’Leary – Between Peter Stringer and Conor Murray, Ireland have had two scrum-halves with remarkable longevity, but in between the two, it was Tomas O’Leary who was running the show for the 2009 Grand Slam. Murray’s emergence saw him drop down the pecking order for Ireland and Munster, but O’Leary continued playing until 2017. Since retirement he runs a watch company with wife Julie, and also works as a business development manager for an IT recruitment agency.

1. Marcus Horan – Along with John Hayes, Marcus Horan laid the platform for the Munster and Ireland packs for the best part of a decade, and certainly played his part in the 2009 success. Cian Healy emerged soon after and Horan eventually retired from all rugby in 2013. He is still heavily involved at Munster though, where he works as the player development manager.

2. Jerry Flannery – For many years Jerry Flannery and Rory Best battled for the Ireland starting hooker jersey, with the Munster man often preferred, including in 2009. Injury led to his retirement in 2012, and he has gone into coaching since, spending five years at Munster, first as scrum coach and latterly as forwards coach. After leaving Thomond Park in 2019, he was recently announced as Harlequins’ new lineout coach.

3. John Hayes – The bedrock of Ireland’s scrum and a legendary lineout lifter, John Hayes was a cult hero in Ireland and Munster. It will surprise very few people to know that after retiring from rugby at the end of 2011, Hayes has returned to the family farm in Cappamore where he works full-time.

4. Donncha O’Callaghan – If John Hayes’ return to farming was expected, the same is not necessarily true of second row Donncha O’Callaghan. The joker of the team continued playing until the age of 39, following his time at Munster with a spell at Worcester. And since retiring he has ventured into the world of broadcasting, working with RTE2 on hit children’s TV show Two Talented. As well as his broadcasting, O’Callaghan has also been a UNICEF ambassador since 2009. 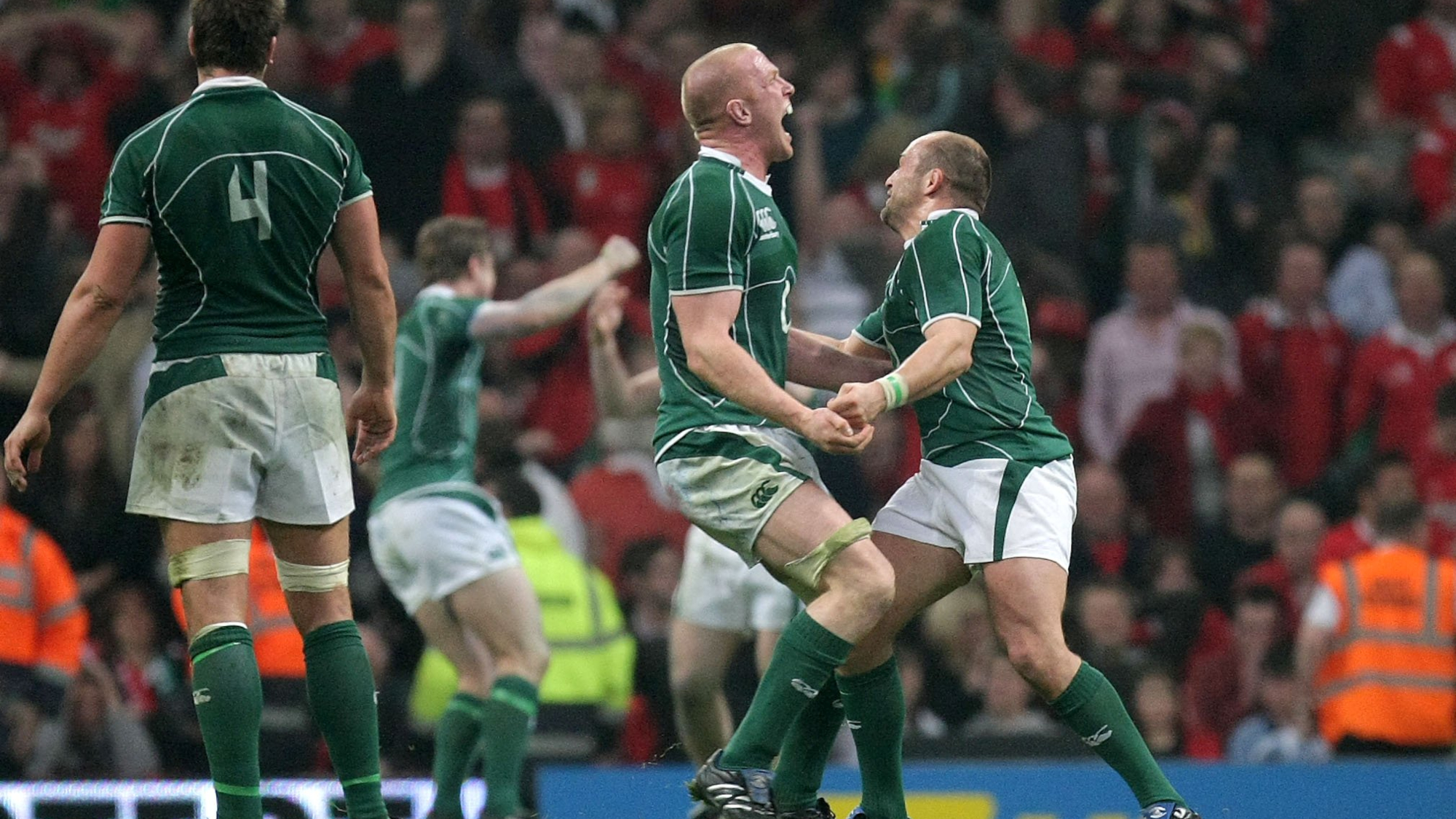 5. Paul O’Connell – Ireland’s third most-capped player of all time, Paul O’Connell was part of a powerful second row partnership with O’Callaghan for both Munster and Ireland. In the year that he was named British & Irish Lions captain, O’Connell helped Ireland to Grand Slam glory, and his Ireland career extended through to the 2015. There he suffered a hamstring injury that forced him to retire, and after initially stepping away from the sport, he worked as a coach at Stade Français for season. Since leaving Paris he has worked as a pundit for the BBC, notably during the Guinness Six Nations.

6. Stephen Ferris – One of the breakthrough players in Ireland’s campaign, Stephen Ferris started every game as he emerged as one of the key figures in the pack. He was part of the Lions squad that toured South Africa later that year, but was denied the chance of a Test spot by injury. That would become a common theme, with Ferris forced to retire altogether in 2014 at just 28. Since then he has gone into punditry, including with the BBC, while he also runs sports business Ferrosity.

7. David Wallace – Part of a famous Irish rugby family, David Wallace followed in the footsteps of brothers Paul and Richard in playing for Ireland and the Lions. He won 72 caps for his country, retiring in 2012 and has since explored a range of different opportunities including opening a sweetshop in Limerick, working for Bank of Ireland and now serving as Chief Commercial Officer for i3PT, an assigned certification firm. 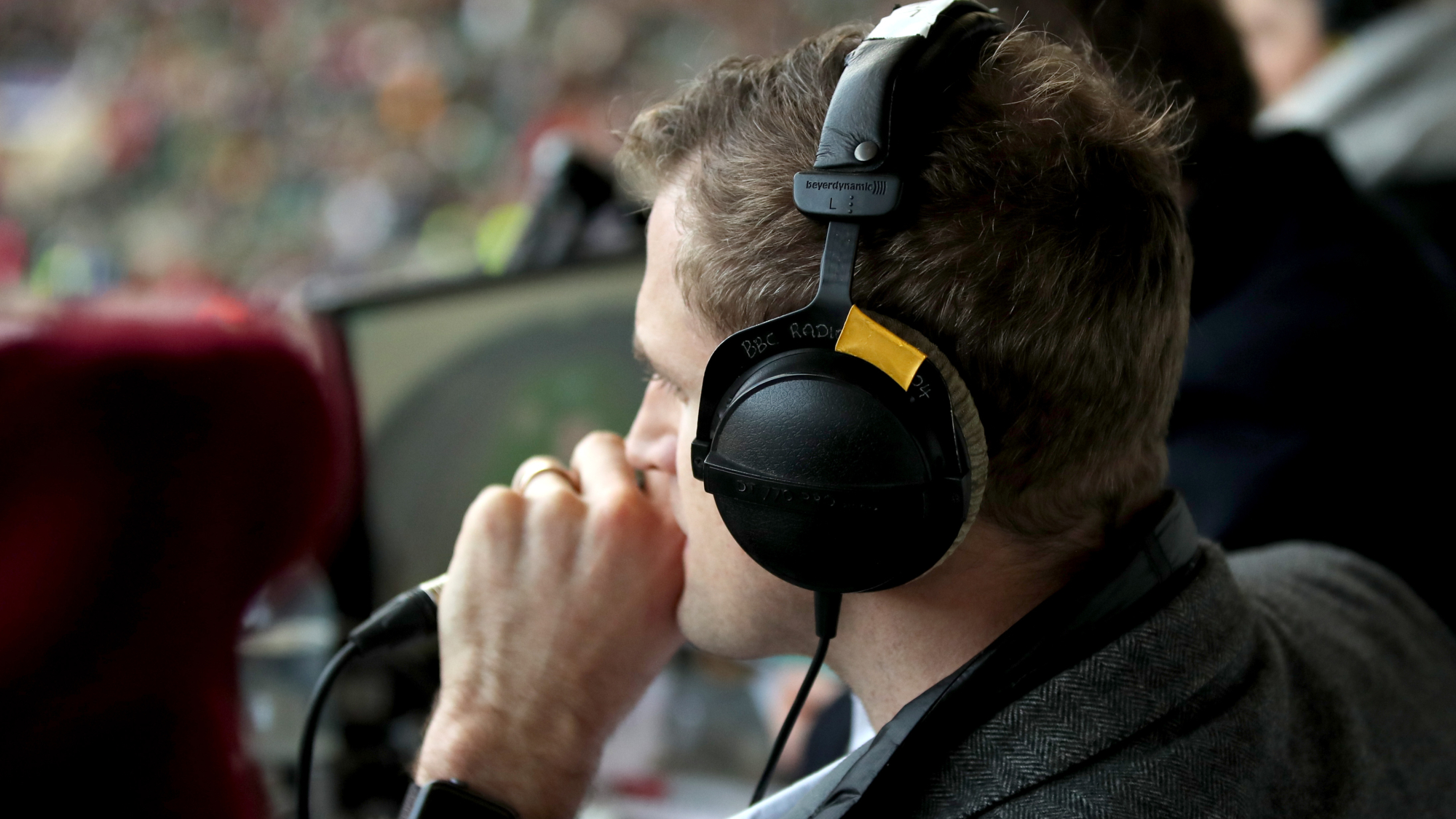 8. Jamie Heaslip – Recalled to the starting lineup for the Grand Slam decider, Jamie Heaslip was in the early stages of his career when Ireland triumphed in Cardiff. He went onto play for Ireland until 2017 and has since become a familiar figure working as a pundit both in Ireland and the UK. Aside from his media work, Heaslip is a keen entrepreneur, working with a number of start-ups including Flender, a digital lending start-up. He has several other business ventures including Sabra Management, his commercial firm, and two pubs he owns with former Leinster teammates Sean O’Brien and Dave and Rob Kearney.

Tom Court – The versatile prop returned to the land of his birth, Australia, after retiring from professional rugby in 2017, and currently works at the University of Queensland.

Rory Best – The captain for Ireland’s most recent Grand Slam in 2018, Best retired from rugby after the 2019 World Cup and has since released his autobiography.

Mick O’Driscoll – An unused replacement in Cardiff, Mick O’Driscoll is the owner of Home Instead Senior Care in North Cork, while he is also the director of Suicide Aware.

Denis Leamy – While he spent his entire playing career at Munster, Leamy is now the Elite Player Development officer at Leinster.

Peter Stringer – Stringer finally called time on his playing career in 2018 at the age of 40, and has since appeared on Dancing with the Stars and remains a gym obsessive.

Paddy Wallace – Wallace can often be heard on RTE radio doing commentary but his day job is as a financial adviser with St James Place. 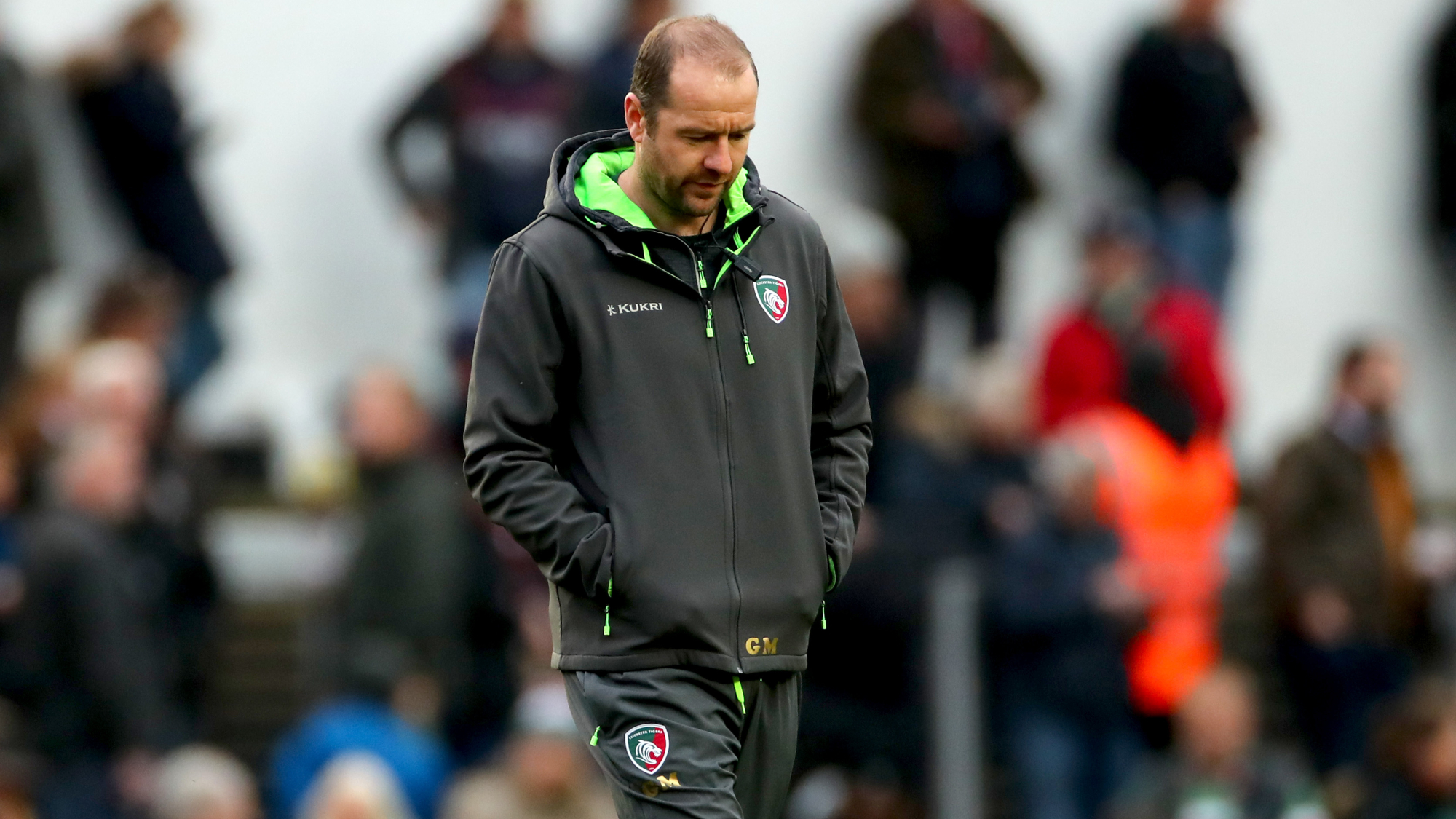 Geordan Murphy – One of just two players in the matchday squad who was plying his trade abroad, Murphy is still at Leicester, where he spent more than a decade and a half as a player, and is now the director of rugby.

Coach Declan Kidney – The mastermind of Ireland’s momentous success, Kidney continued in the role until 2013 when he was succeeded by Joe Schmidt. After the Ireland role he went to University College Cork as the director of sport and physical activity, but since 2018 he has been working with London Irish, initially as a consultant and now as director of rugby.