Simply one of the best rugby players in history – Sergio Parisse is a modern great that is still chronicling his own legend.

The Azzurri No.8 has not finished etching in the record books yet, not by a long way, last week announcing a one-year contract at Top 14 outfit Toulon.

Italian rugby rejoiced and to be frank, so did the rest of the world, more time to bask in the brilliance of perhaps the most talismanic leader a nation could look to.

With 69 appearances, 36-year-old Parisse is the most-capped player in Guinness Six Nations history, in world rugby only Richie McCaw and Alun Wyn Jones have more caps than Parisse’s 142, and the fire is still burning.

Twice nominated as IRB World Player of the Year, the Italian warrior combines first-class technique, determination and leadership to put him firmly in the conversation as the best No.8 the world has ever seen.

Parisse has been there for almost all of Italy’s greatest Guinness Six Nations moments, and there’s no doubt he’ll fight tooth and nail to create a few more. 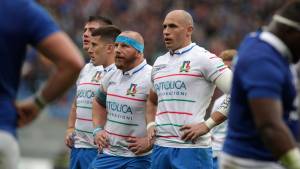 Born in Argentina in 1983, Parisse comes from pedigree Italian rugby stock. His father Sergio won the Italian club championship in 1967 before work took him to Argentina in 1970, Sergio Jr then entering into the world and taking up the oval ball with La Plata.

The young Parisse often travelled to Italy on holiday and it was rugby that would make that switch permanent, joining Benetton Treviso for whom he would play for four years.

His talents by this time evident, then Azzurri coach John Kirwan debuted the 18-year-old against New Zealand in 2002 – almost two decades later and the No.8 is still carrying the flag. 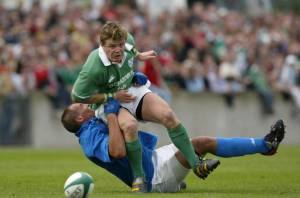 Ireland great Tommy Bowe recently selected Parisse as his all-time Guinness Six Nations No.8: “The likes of Lawrence (Dallaglio) and Jamie Heaslip are also standout No.8s, but I first came up against Sergio at Under-21 level and even back then, you could see he was a real talent.”

The 6ft 5in back-rower progressed rapidly, signing for Stade Francais in 2005 and shooting to 50 Italy caps by the age of 24, also taking on the national side’s captaincy.

The Azzurri steadily progressed with the all-action Parisse at the helm, performances and style of play improving until in 2007, Italy managed two wins in the Championship for the first time, memories for the ages created.

Parisse started those two back-to-back wins in 2007, their maiden away victory coming in scintillating 37-17 style in Edinburgh, quickly followed up by the 23-20 win over Wales – the No.8 man of the match.

He also became Top 14 champion with Stade Francais that year and continued his meteoric rise until a serious knee injury interrupted the flow, but he would fight his way back to inspire Italy’s first Championship win against France in 2011. 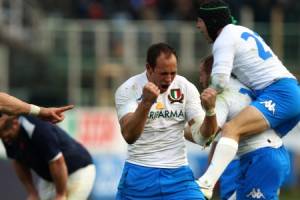 Les Bleus would be thwarted by Parisse and Italy again in 2013, his fourth-minute try helping the Azzurri to a 23-18 victory in Rome – weeks later the Stadio Olimpico deafening as a first win against Ireland was secured, Luciano Orquera’s boot doing much damage and Giovanbattista Venditti scoring the decisive try.

The irrepressible back row continued the battle for both club and country, his powerful running ability, poised offloading and supreme awareness now world famous, helping to deliver another domestic title for Stade Francais in 2015 and the Challenge Cup two years later.

The powerhouse forward kept delivering the big moments for his country, again winning in Edinburgh in 2015 and famously overthrowing the Springboks in Firenze in 2016.

The 36-year-old was planning on retiring from international rugby with a final appearance at last year’s Rugby World Cup – astonishingly his fifth such tournament.

But he was denied a farewell appearance when Italy’s final pool match against New Zealand in Japan was cancelled because of Typhoon Hagibis, eyeing up a final showing in this year’s Championship instead. 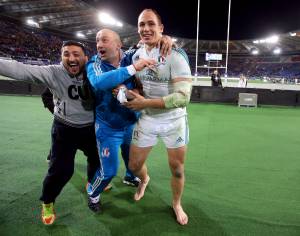 He was hoping to line up for Franco Smith’s side in Italy’s last home game against England, only for his plans to be scuppered once again by the coronavirus pandemic.

However, Parisse enjoyed an impressive start to the 2019/20 season with Toulon following his move from Stade Français, making ten appearances before the season was halted.

And he has now confirmed he will remain at Toulon until at least the end of the 2020/21 campaign, with the back-rower hoping nothing else will get in the way of the most deserved send-off in world rugby.

Share this article:
Previous Story Gatland and Jones to renew rivalries at book awards
Next Story D’Arcy: Ireland ‘spoilt’ for centres and Farrell faces challenge ahead