After a decade of disappointment and having gone agonisingly close to Five Nations glory a year earlier, Geoff Cooke’s exciting England side sealed their first Grand Slam for 11 years with a hard-fought, all-or-nothing final round victory over France in March 1991.

After surrendering the Five Nations Championship to Scotland at Murrayfield in 1990, not even Philippe Saint-André’s wonder try – still acknowledged as one of the best in the Championship’s history – could deny the Red Rose their 19th title and ninth Grand Slam, with a 21-19 win enough to nudge them over the line at Twickenham.

England famously fielded the same XV in each of their four matches that year, but what happened to the members of that star-studded squad, and some of the team’s other key contributors?

Despite only earning 14 Test caps throughout his career, former Nottingham and Moseley star Hodgkinson played a prominent role in England’s 1991 success, and kicked his way to becoming the Championship’s top points scorer with 60.

Having made the 1991 World Cup squad, Hodgkinson slowly fell out of the England frame and injuries then curtailed his career. Since then he has coached rugby at Oundle School alongside fellow 1991 squad member John Olver, and is currently involved in the care industry.

Heslop made four of his five Five Nations appearances during the victorious 1991 campaign, scoring a crucial try from the wing in England’s second round match against defending champions Scotland.

The Hartlepool-born man switched codes in 1992, signing for Oldham’s rugby league side having been granted permission by Merseyside Police, who employed him at the time. He returned to union with old club Orrell three years later before retiring ahead of the turn of the millennium.

Having been named England’s youngest captain since 1931 in 1988, the somewhat surprising decision proved to be an inspired one, with the 1991 success the first of back-to-back Grand Slams, with another one following in 1995.

Since hanging up his boots, Carling has worked as a TV pundit and commentator, as a motivational speaker and in the hospitality industry. More recently, he was drafted into Eddie Jones’ management team as a leadership mentor for the national team. 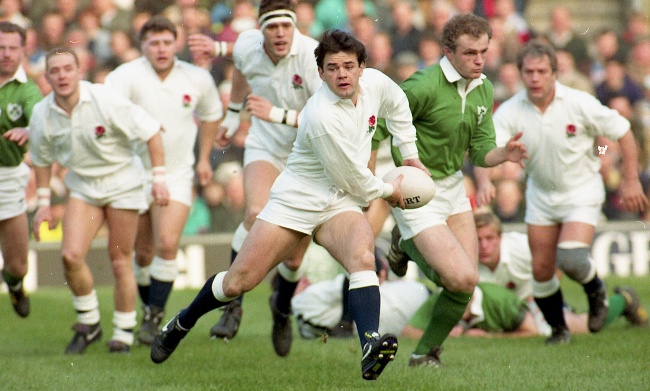 Alongisde Carling in the Red Rose midfield, Guscott played a key part in the 1991 Grand Slam victory and would go on to enjoy a stellar international career, becoming an England and Lions great.

Having moved into broadcasting at the conclusion of his playing career, the Bath legend is now one of the most instantly recognisable voices in the sport thanks to his work on the TV and radio. Guscott has also worked as a model and an after-dinner speaker in recent years.

Former Leicester Tigers wing Underwood notched two crucial scores for England throughout the campaign, including the team’s solitary try in the all-important decider against the French in the fourth and final match.

Alongside his rugby heroics, England’s record try scorer spent 18 years as a pilot in the Royal Air Force, and has since worked as a management consultant and a motivational speaker.

Another hugely talented member of England’s star-studded squad, the Yorkshireman scored an important drop goal against France to help his team to the 1991 title, and went on to make more than 70 Test appearances for his country.

Andrew’s playing career was ended by injury in 1999, at which time he was acting as director of rugby and playing for Newcastle. Since then, he has held senior posts at the RFU, and he is currently the chief executive of Sussex County Cricket Club. 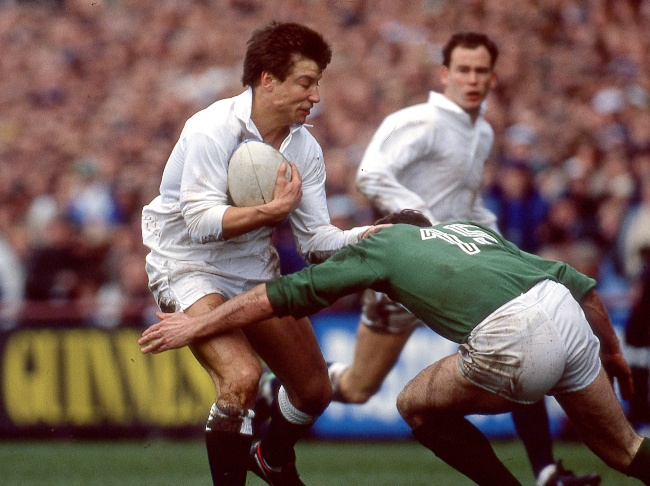 With his final international cap coming later the same year in the World Cup final against Australia, the year’s earlier Five Nations success came towards the end of Hill’s international playing career but the scrum-half’s experience proved invaluable to his team’s efforts.

The former Bath man moved into coaching following retirement, and developed a reputation for being able to develop a competitive side on a small budget. Following spells with Gloucester, Harlequins, Newport, Bristol, Chalon-sur-Saône and Worcester Warriors, Hill is currently the general manager at French side Rouen Normandie Rugby.

Having broken into the England side in 1990, Leonard’s strong showing in the front row during the 1991 Championship was merely a sign of things to come, with the then 22-year-old going on to claim four Grand Slams in total, and the 2003 Rugby World Cup.

Since claiming the last of his record 114 Test appearances – an all-time England record – Leonard has remained highly involved in the game, enjoying a spell as RFU president and last year being appointed as the chairman of the British & Irish Lions.

Another fearsome member of England’s scrum, Moore made 64 appearances for England between 1987-1995 and has since become an integral part of rugby coverage on the TV and radio.

Moore trained as a solicitor and continued to practise law while his media career gradually took off, and he is now well-known for voicing his honest opinions on the game, while he has also released a series of critically-acclaimed books focused around his career. 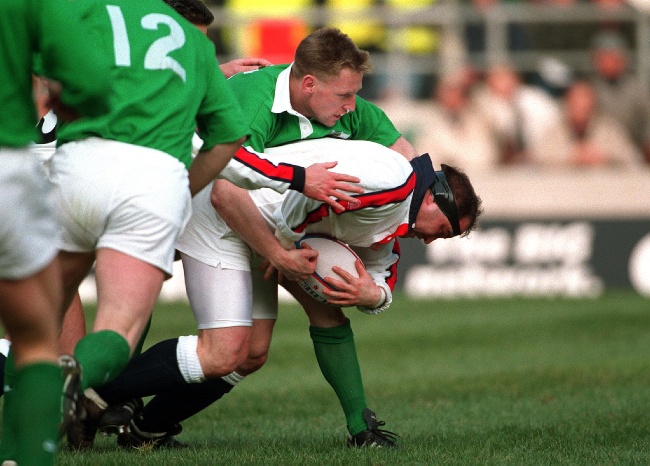 After making his international debut at the relatively late age of 31, Probyn had established himself as a key player by 1991, winning the last of his 37 caps in 1993.

Following retirement, Probyn was a member of Club England – the RFU Committee – and enjoyed a spell in charge of the England U21 team. As well as working as a sports speaker, he is also an honorary president of the rugby charity Wooden Spoon.

Having been born in Germany, Ackford played for England B aged 21 but didn’t make his senior debut until nine years later against Australia, going on to become an important part of the side captained by Carling.

A former policeman, Ackford became The Sunday Telegraph’s rugby correspondent after hanging-up his boots and police uniform, until stepping down from that role a few years ago.

Another former policeman, 6’8 Dooley made the first of his 58 Test appearances against Romania in 1985, having played rugby league for much of his upbringing.

Since retiring, Dooley has served as an RFU citing officer, and has run the Dizzy Ducks Tea Rooms in Wrea Green, near Preston, with his wife Sharon.

Former Gloucester flanker Teague dotted down twice for England during the 1991 Five Nations, scoring the only try in their first game against Wales and going over in their penultimate match against Ireland.

As well as being involved in the property industry, Teague has also opened a rugby-themed pub opposite Kingsholm Stadium, which features a wealth of memorabilia from his playing days. 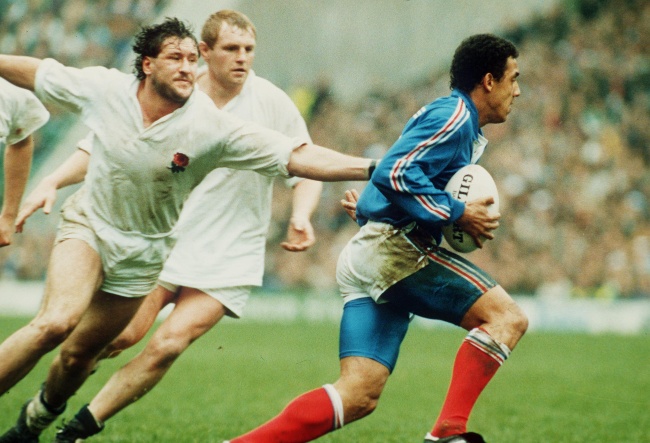 Known for his work rate, durability and hard tackling, Winterbottom was an established international thirsty for success by the time of the 1991 Championship.

After winning the last of his 58 England caps in 1993, the Yorkshireman went on to carve out a career in finance, having become a London stockbroker during his time at Harlequins. He has since launched a marketing company and is currently the director of rugby at Esher.

Current Newcastle Falcons boss Richards enjoyed plenty of success in his playing days, going on to make 48 England appearances after making his debut in 1986.

Success has followed in a coaching capacity, with Richards being appointed director of rugby at Leicester after retiring in 1998, with the Tigers winning the Premiership title in each of his first four seasons in charge, as well as the Heineken Cup in 2001 and 2002. He joined Newcastle in 2012 after spells at FC Grenoble and Harlequins, and recently volunteered for his local police force during the coronavirus pandemic.

Webb won 33 caps between 1987-1993, and has since pursued a career in orthopaedic surgery where he has treated a number of professional rugby players and athletes.

Born in Newcastle-upon-Tyne, former Harlequins and Blackheath flanker Skinner made 21 England appearances during his career. He has since worked as a media pundit and has been vocal in his support of the charity Wooden Spoon.

Wasps legend Rendall won the last of his 28 caps at the 1991 World Cup. He went on to found the Front Row Union Club (FRUC) with Jeff Probyn and Brian Moore. He also had a spell in charge at Slough RFC.

Morris initially retired from rugby after the 1995 World Cup, only to return to play for Sale for a season, helping them to the final of the Pilkington Cup in 1997. After retiring, he has become a well-known TV pundit. 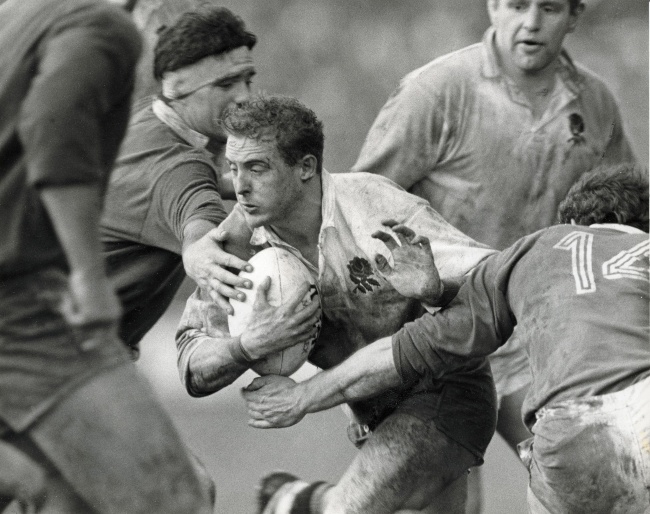 As well as turning out 23 times for England, Halliday also made a string of first-class cricket appearances during his career. Since 2015 he has served as the chairman of European Professional Club Rugby (EPCR).

Olver made his international debut in 1990 and made three Test appearances in total. The former hooker coached rugby at Oundle School in Northamptonshire alongside fellow ex-England player Simon Hodgkinson.