In many ways Gethin Jenkins was a contradiction.

The old school character who came to personify the modern prop.

Nowadays we expect front rowers to play their part around the park, whether it is with ball in hand or at the breakdown, but when Jenkins first appeared on the scene, a prop was judged almost exclusively on what they could do in the set-piece.

Then a young lad from Beddau came along and changed the game.

AN OPENSIDE AT PROP

‘Gethin Jenkins is like having an extra flanker in your team’ has become a cliché simply because of the impact he had over so many years.

It should perhaps come as no surprise that in Wales – a country with enough opensides to fill an entire team – a prop would come along and become a master and a menace at the breakdown.

Opposition coaches who were having to plan how to counter the threat of Martyn Williams, Sam Warburton, Justin Tipuric and the list goes on, also had to factor in a loosehead prop who could turn the ball over with the best of them. 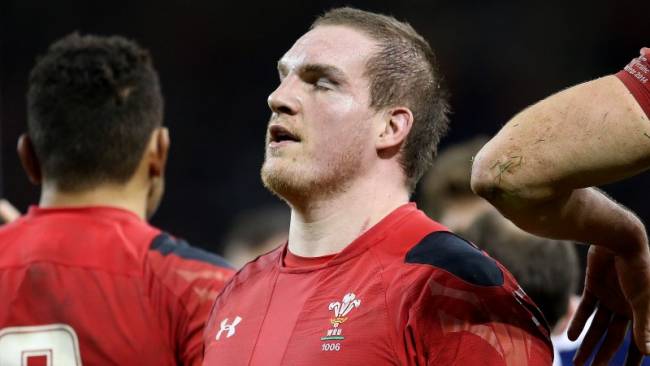 An international career that spanned 15 years and 134 caps – a Wales record only recently surpassed by Alun Wyn Jones – had so many highlights, but it is in the Six Nations that he perhaps had the biggest impact.

As a three-time Grand Slam winner, Jenkins is in a select group of seven Welshmen alongside 70s heroes Gareth Edwards, JPR Williams and Gerald Davies, and teammates Adam, Alun Wyn and Ryan Jones.

And his most famous moment came in that first clean sweep in 2005.

The title and a first Slam in 27 years was the prize on offer to the Welsh in Cardiff when Ireland came to town and the tension was palpable.

With barely quarter of an hour on the clock, Jenkins showed the athleticism that was his trademark to get off the line, charge down Ronan O’Gara and run in the first try of an historic afternoon.

Is this one of the best five pointers from a prop? ?

The Welsh never looked back with Jenkins at the heart of everything that day as he and his teammates wrote their names in Six Nations history.

After the difficult run in the 1990s and the shoots of promise in the early 2000s, it was that March day that signalled the renaissance of Welsh rugby.

Fans and players alike will remember the dancing feet of Shane Williams, Martyn Williams’ support line and of course Adam Jones – one of the great tightheads of his generation.

However Jenkins, perhaps more than any other, epitomised that Welsh team, ferocious at the breakdown, dynamic around the park and the modern front-rower.

Three years later he featured in every game of another Welsh Grand Slam – part of a run of 34 consecutive matches in the Championship from 2003 to 2009.

While injuries affected him over the next couple of years, he was back starting by 2012 as Wales won their third Grand Slam in eight years – taking on a leadership role with a new generation of players. 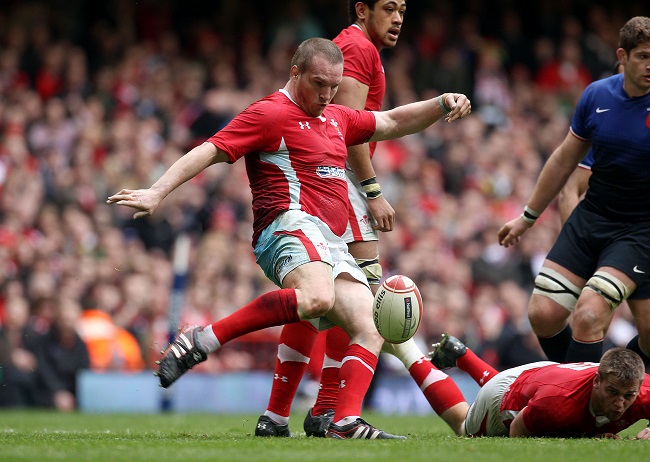 That was even more true in 2013, when Jenkins took the captain’s armband for the final match against England.

With the Red Rose looking for the Grand Slam, Wales produced one of the most memorable performances in Championship history to not only deny their visitors the Slam, but also to pinch the title from under their noses.

Anyone who has played with @gethinjenkins1 can’t ever deny he’s one of the greatest players you could have shared a jersey with. Congratulations on a stunning career. https://t.co/yXNJBCYmRQ

Jenkins’ last cap came in 2016 and two years later he brought the curtain down on his career with one last appearance for Cardiff Blues against Zebre in the PRO14.

In addition to his three Grand Slams, Jenkins was selected for three British & Irish Lions tours, appeared at four World Cups and, at club level, won the European double of Champions and Challenge Cup. There are few with a CV to compare.

Yet the paper achievements do not tell the whole story about a player who had to be seen to be truly appreciated.