It’s why those years in which a team does achieve perfection and complete a clean sweep live so long in the memory.

A Grand Slam is earned, not given, and every team that has sealed those five wins from five has overcome plenty of obstacles and scares along the way.

In a new series on sixnationsrugby.com we’ll be looking at one moment that defined each Grand Slam campaign – the moment when the fans truly believed and thought ‘this is our year’. 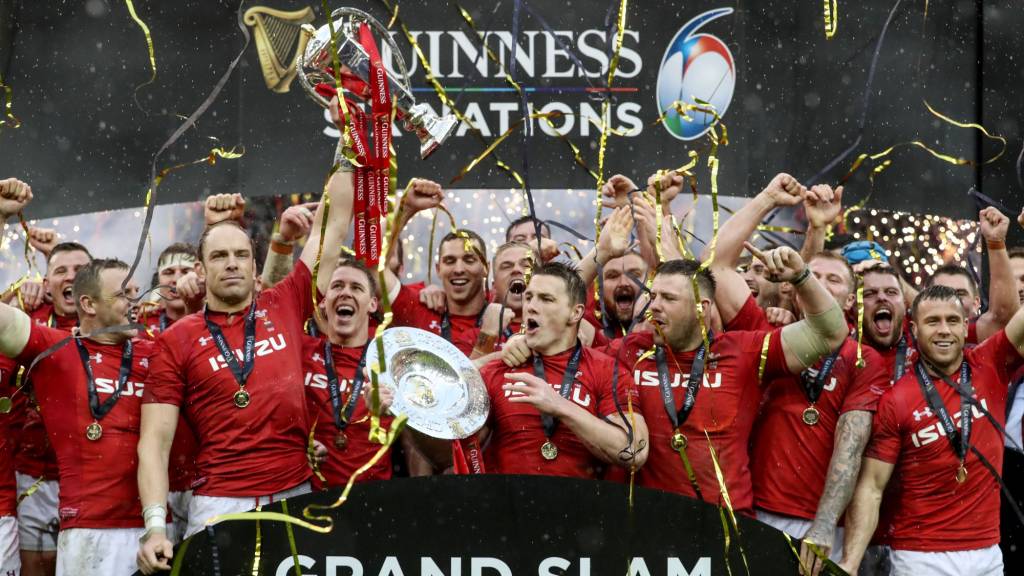 It doesn’t have to be an occurrence in the Grand Slam-sealing game itself, as those unbeaten years are as much about the Round 1 victories as those in Round 5.

We start our lookback with the most recent Guinness Six Nations Grand Slam – Wales’ hegemony in 2019 in Warren Gatland’s final Championship in charge.

And for our maiden Defining Moment, we’ve selected Josh Adams’ 78th-minute try at Principality Stadium in Round 3 to beat Wales’ old rivals England.

By the time Wales welcomed England to Cardiff on February 23, 2019 they had already shown their Houdini-esque escape skills to notch two wins from two.

Forget Grand Slams, Wales were simply dreaming of limiting the damage when they trailed France 16-0 at half-time in the opening match of the Championship.

No team had ever successfully overcome a 16-point half-time deficit in the Six Nations but Wales pulled off the improbable as Tomos Williams’ try and George North’s double somehow saw them leave Paris 24-19 victors – the largest comeback win in their history. 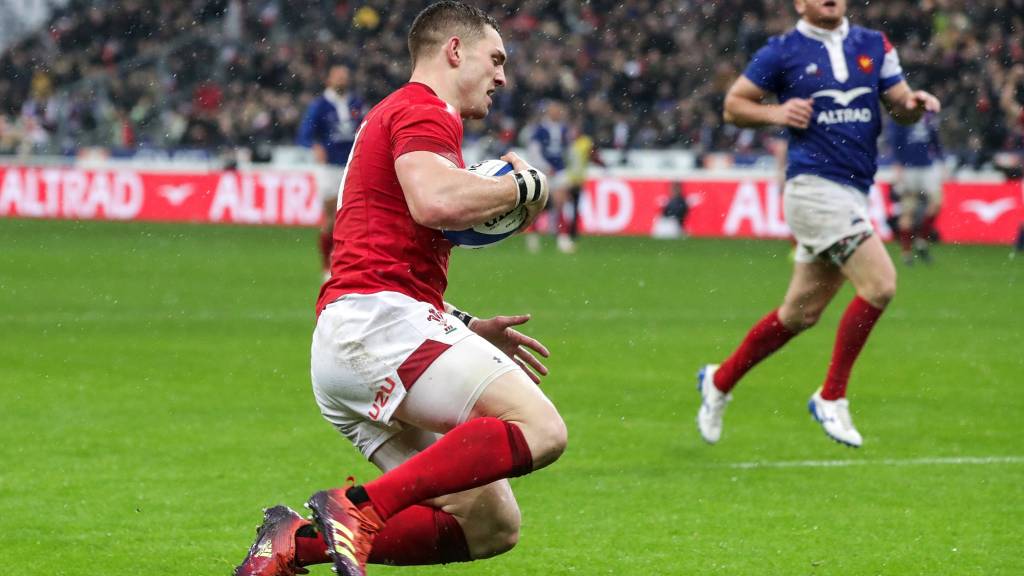 They started similarly slowly in Rome in Round 2 before pulling away after the break to beat Italy 26-15 and made it a trifecta of sluggish beginnings when 10-3 behind at the interval against England.

A pair of Gareth Anscombe penalties hauled them within a point at the hour mark and Cory Hill’s try – the culmination of 35 phases of relentless Welsh pressure – gave them a 16-13 lead with 12 minutes to go.

We’ve analysed Hill’s remarkable score before and that could easily have been chosen at the Grand Slam’s Defining Moment but it didn’t finish England off, trailing by just three points entering the final stages.

That honour was left to Josh Adams. 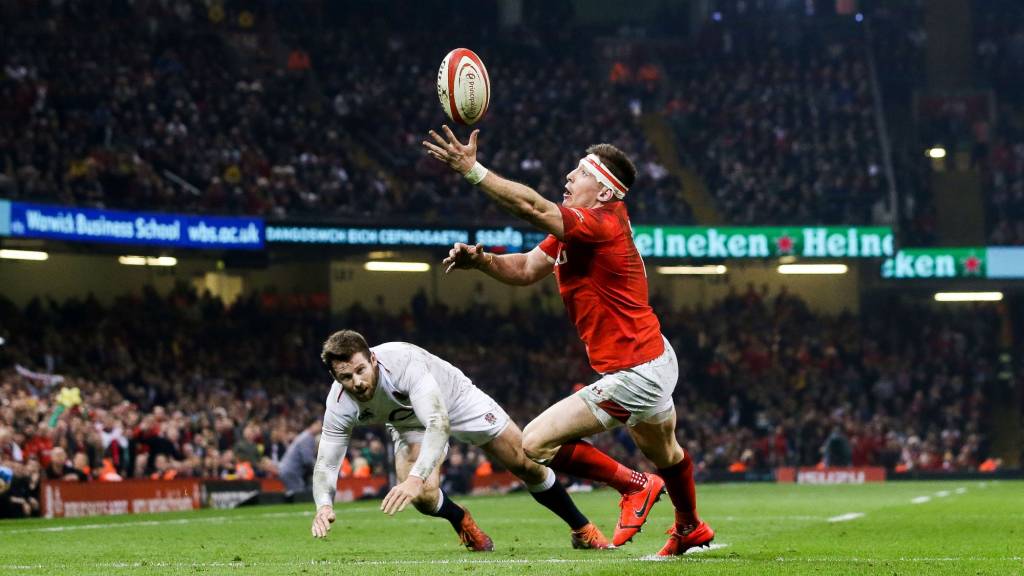 Nursing that three-point advantage, Wales fans were in full voice – serenading their heroes and roaring Gatland’s men on to see out the win.

The hosts were shrewdly maintaining possession during the final ten minutes at Principality Stadium; replacement fly-half Dan Biggar controlling proceedings from the No.10 channel and helping assert dominance in the territory battle.

But England – Championship winners in 2016 and 2017 – weren’t truly vanquished until the 78th minute, when victory was sealed to the unbridled delight of the crowd.

Wales win a scrum on their own feed in the England 22, near the left touchline and scrum-half Aled Davies picks up the ball at the feet of his No.8, holding off a defender to zip a pass into Biggar’s hands.

The fly-half glances up and opts to ping a pinpoint cross-field kick to the right wing, putting the perfect amount of arc on the ball to allow Adams to sprint into position and contest the catch. 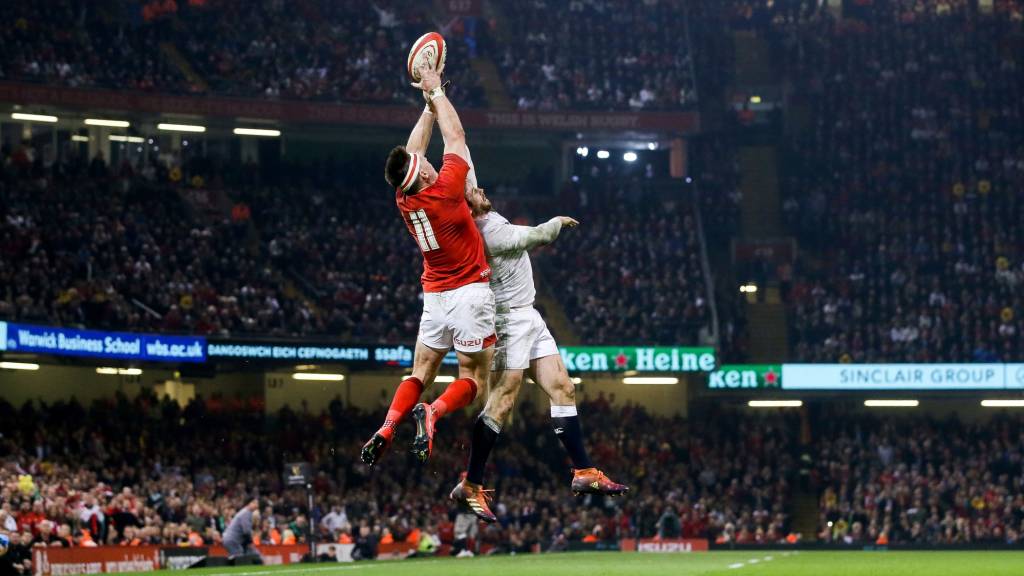 The young winger leaps into the air and out-jumps covering England defender Elliot Daly, high-pointing the ball just above the full-back.

He can’t initially gather cleanly but tips the ball up to himself, pirouettes to complete the catch while falling to his knees and stretches out for the line to dot down just as another defender – Joe Cokanasiga – flies across to try and stop him. 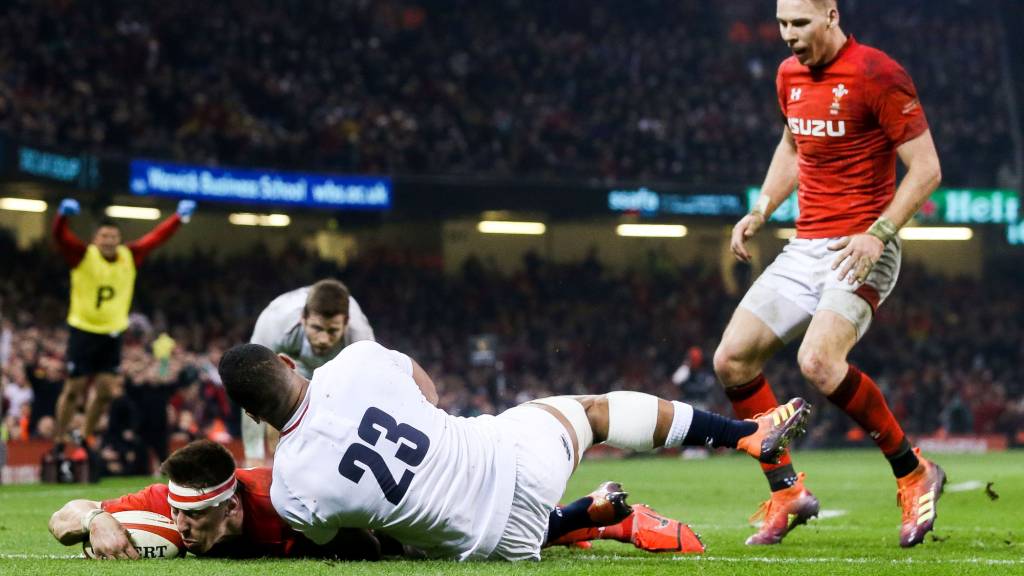 A 12th consecutive victory for Wales is secured – the best run in their history – a third on the trot to start the 2019 Championship and suddenly they are more than halfway to a Grand Slam.

The 21-13 triumph over England really began talk of an unprecedented third Grand Slam of the Gatland era and another tense 18-11 win against Scotland in Edinburgh in Round 4 set up a mouth-watering home decider against Ireland in Round 5.

This time, they got off to the fastest possible start as Hadleigh Parkes crossed for a try on two minutes and Wales controlled proceedings from there.

Six Gareth Anscombe penalties was the least they deserved for an all-round display that starved Ireland of the ball and delighted another full house at Principality Stadium.

Jordan Larmour’s try once the clock had ticked into the red did little to disguise the dominance of Wales’s 25-7 victory, as the Grand Slam was sealed in style. 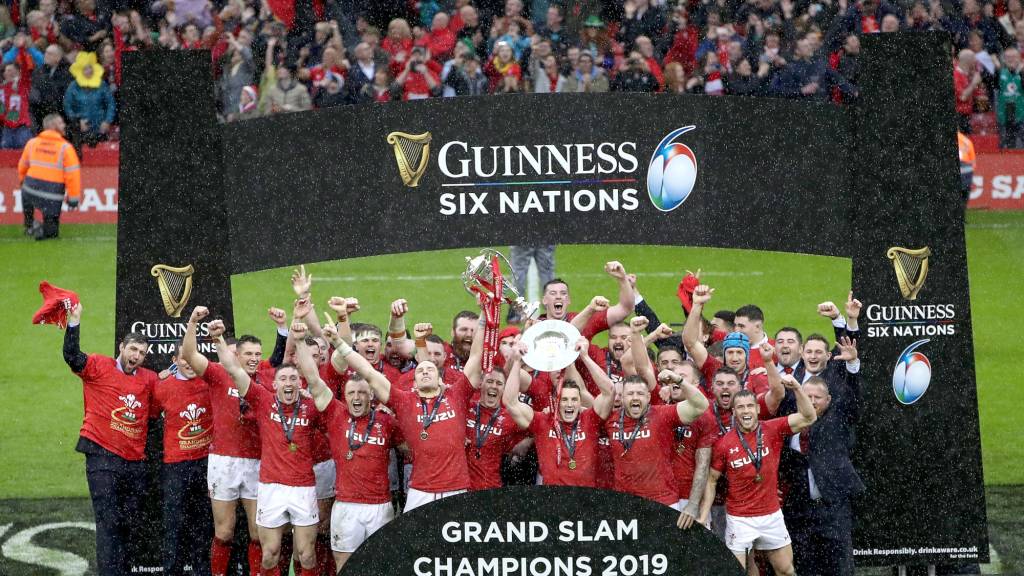 Gatland could hardly have been given a more perfect send-off in his final Guinness Six Nations and Wales’s clean sweep rightfully earned them plaudits around the rugby world.

There were many moments that had been crucial in the campaign but none were more defining than Josh Adams’ leap and stretch to beat England in Cardiff.