The list of players to start an international at flanker, scrum-half and on the wing must be a short one but such was his versatility that Mauro Bergamasco is among that number.

Granted, his sole appearance at No.9 for Italy has gone down in infamy, rather than the annals of excellence, but the fact he was trusted to play a Guinness Six Nations match there at all speaks volumes about his all-round talent.

Bergamasco himself was always adamant the back row was his best position and the fact that the majority of his 106 Azzurri appearances came there, bears that out.

To celebrate the Six Nations’ 20th anniversary, you can form your Greatest XV on the Guinness Six Nations app and choose from more than 150 players, including Mauro Bergamasco.

In a 17-year international career, he cemented himself as an Italy legend – present as they took their tentative first steps into the Six Nations at the turn of the millennium and still there in 2015, playing alongside men who weren’t even five years old when he made his Azzurri debut. 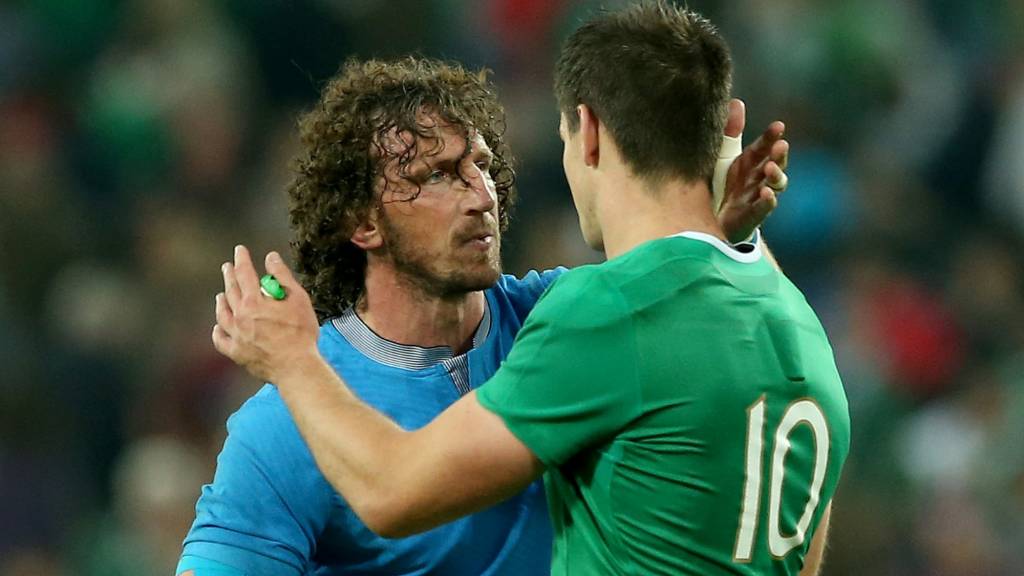 His career may be under-rated by some outsiders but a succession of Italy coaches understood exactly how valuable he was to the cause and he retired as one of the outstanding flankers of his generation.

Rugby in his blood

Born in Padua into a rugby family, the sport was in Bergamasco’s blood – his father Arturo gained a handful of Italy caps in the 1970s and a young Mauro would accompany him to training sessions at Selvazzano Rugby Club, where he coached.

Both of Arturo’s sons would become Azzurri stalwarts during the 2000s as Mirco also went on to make almost 90 appearances for his country, as well as representing them in rugby league.

Mauro began his own playing career at Petrarca Padova before moving to Benetton Treviso in 2000 and then making the switch to Stade Francais – along with his younger brother – three years later.

Bergamasco would win multiple French Top 14 titles during his eight-year spell in the capital, while Stade also finished as runners-up in the 2004-05 Champions Cup, and he marked himself out as one of the northern hemisphere’s most consistent back-rowers. 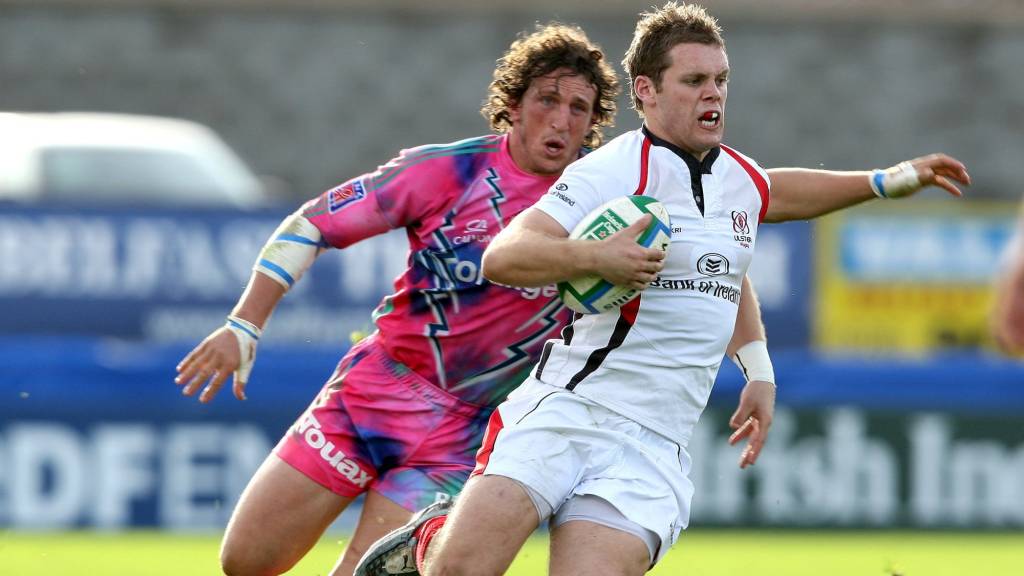 By the time of his move to Stade Francais, the Padovan already had 30-odd Italy caps under his belt on a journey that had started in, of all places, Huddersfield.

The West Yorkshire town – more famous as a rugby league outpost than a union hub – was the site of Bergamasco’s Italy debut in November 1998.

Facing the Netherlands at the then-Galpharm Stadium, the Azzurri ran out 67-7 victors with their 19-year-old debutant flanker crossing for two tries – earning himself a start against England at the same venue four days later. 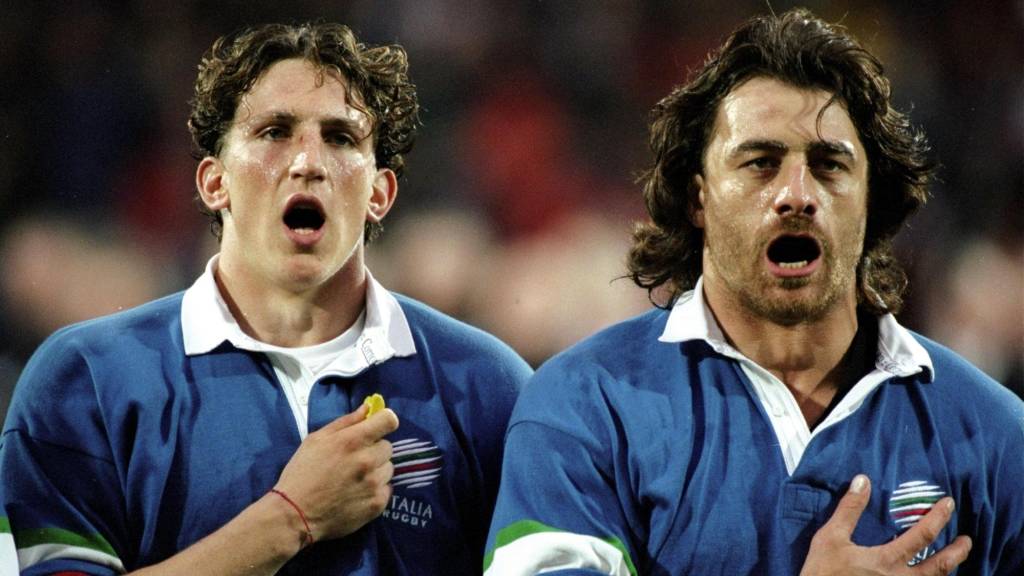 He soon became a key cog in the Italy machine and, having occasionally played as a centre during his schoolboy days, made his first Test start as a winger against South Africa in Durban the following summer.

However, most of his work came on the flank and his fifth appearance was one of the most iconic days in Italian rugby history – February 5, 2000.

It was Italy’s first game in Rugby’s Greatest Championship as Five Nations became Six and the Azzurri shocked reigning champions Scotland with a 34-20 triumph thanks to Giampiero de Carli’s try and the clinical boot of Diego Dominguez.

Bergamasco started all five games in his, and his country’s, maiden Championship, en route to becoming an automatic starter for most of the next decade.

He also lit up the 2001 Championship with a series of strong performances and grabbed two tries – including a scintillating solo score against Scotland at Murrayfield. 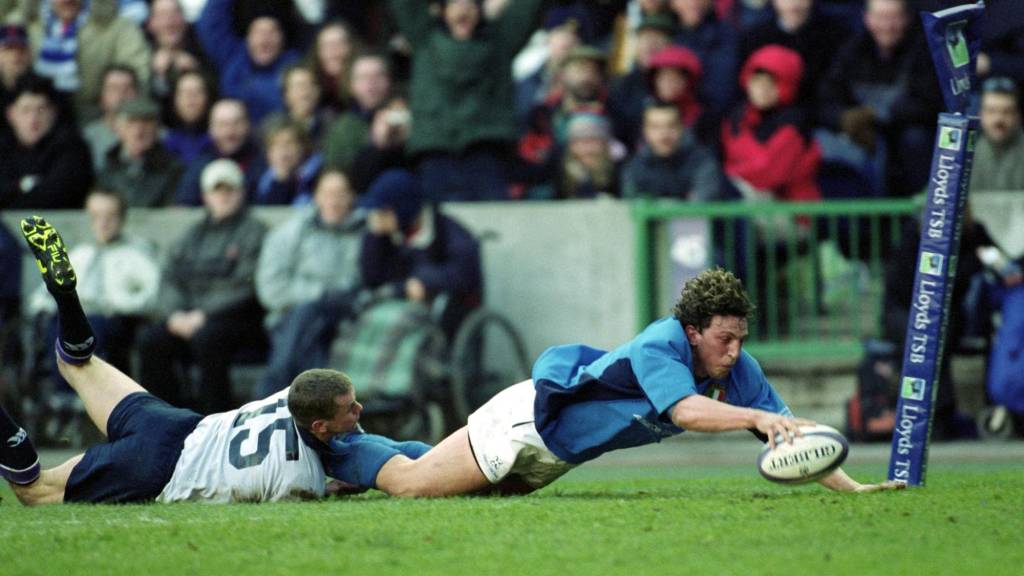 In 2003, then-Italy coach John Kirwan started regularly deploying Bergamasco as a winger and compared both his speed and physical stature to All Blacks great Jonah Lomu.

The memorable 30-22 triumph over Wales during the 2003 Championship was one of Bergamasco’s finest moments on the wing as he kept opposite number Gareth Thomas quiet.

His lone foray as a scrum-half – against England at Twickenham during the 2009 Six Nations – was a less successful experiment however.

With an injury crisis at No.9, as their top three scrum-halves were all out, coach Nick Mallett asked Bergamasco if he was happy to fill in at one of the most specialist positions on the rugby field.

Ever the team player, Bergamasco put aside his ego for the good of the squad and agreed to fill in for the Round 1 match – having had no more than three weeks training at the position.

“One part of me was happy that the coach could ask me something like that,” Bergamasco would say in an interview with The Telegraph years later.

“On the other side I was a bit worried. I thought ‘what can I do playing at scrum-half?’ After the proposal from the staff, I said, ‘yes I can do it. If you believe I can do it then I will try.’ I did try.”

His selflessness was not rewarded and despite his athleticism and rugby intelligence, the 29-year-old struggled in the Twickenham cauldron and was substituted after 40 minutes.

Such was his resilience and strength of character however that he was promptly moved back to flanker the following week and started every other game of the 2009 Championship in the back row – excelling once again at his natural position.

Mobile round the park and always a threat at the breakdown, Bergamasco’s skills in the back row saw him enjoy an incredible 17-year career at international level and he appeared in all but one of Italy’s first 11 Six Nations campaigns. 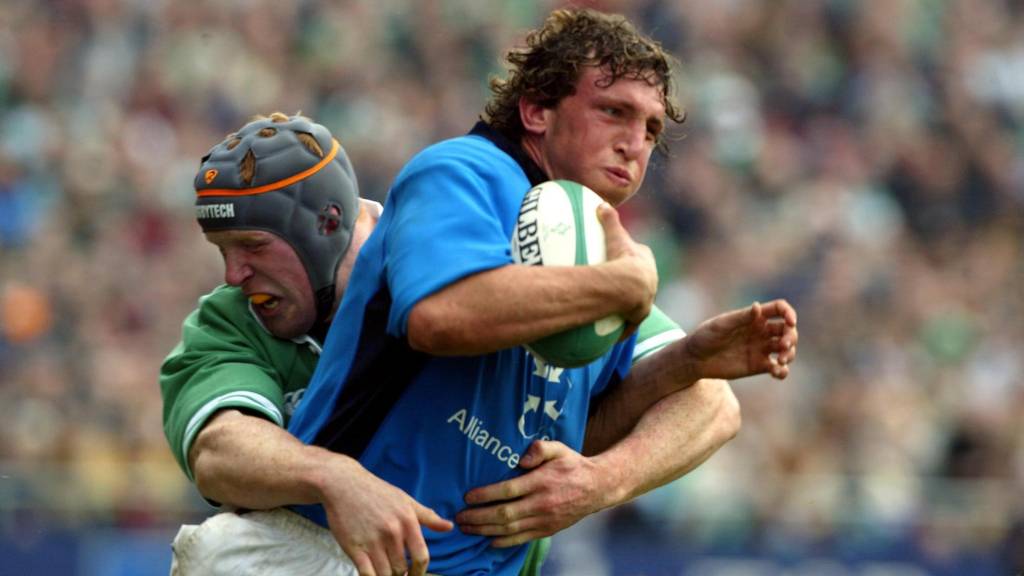 In 2015, he also became just the second player in the history of rugby – after Samoan Brian Lima – to appear at five World Cups and announced his retirement from professional rugby following the tournament.

By that time, he had reached the 100-cap milestone for his country, a landmark he achieved by starting against Japan in Tokyo in June 2014.

Bergamasco will rightly go down as one of the greatest players in his country’s rugby history and, as a staple of the side for so many years, his place in Italy’s sporting folklore is secure.

To celebrate the Six Nations’ 20th anniversary, you can form your Greatest XV on the Guinness Six Nations app and choose from more than 150 players, including Mauro Bergamasco.