Martin Johnson was the name on England fans’ lips in 2003 as he led the Red Rose to their first Grand Slam triumph for eight years on a day to remember in Dublin.

Sir Clive Woodward’s side toppled Ireland 42-6 at Lansdowne Road as England made it a brilliant clean sweep through scores from Lawrence Dallaglio, Dan Luger, Mike Tindall and two from Will Greenwood.

That year secured England’s third Guinness Six Nations triumph in just four years and now 17 years on from that day in the Irish capital, we take a look at what Johnson, and his teammates, have been up to ever since.

Full-back Josh Lewsey donned the Red Rose jersey on 55 occasions and opted to add brain power to brawn while he was still playing, completing a postgraduate diploma in law in 2005. 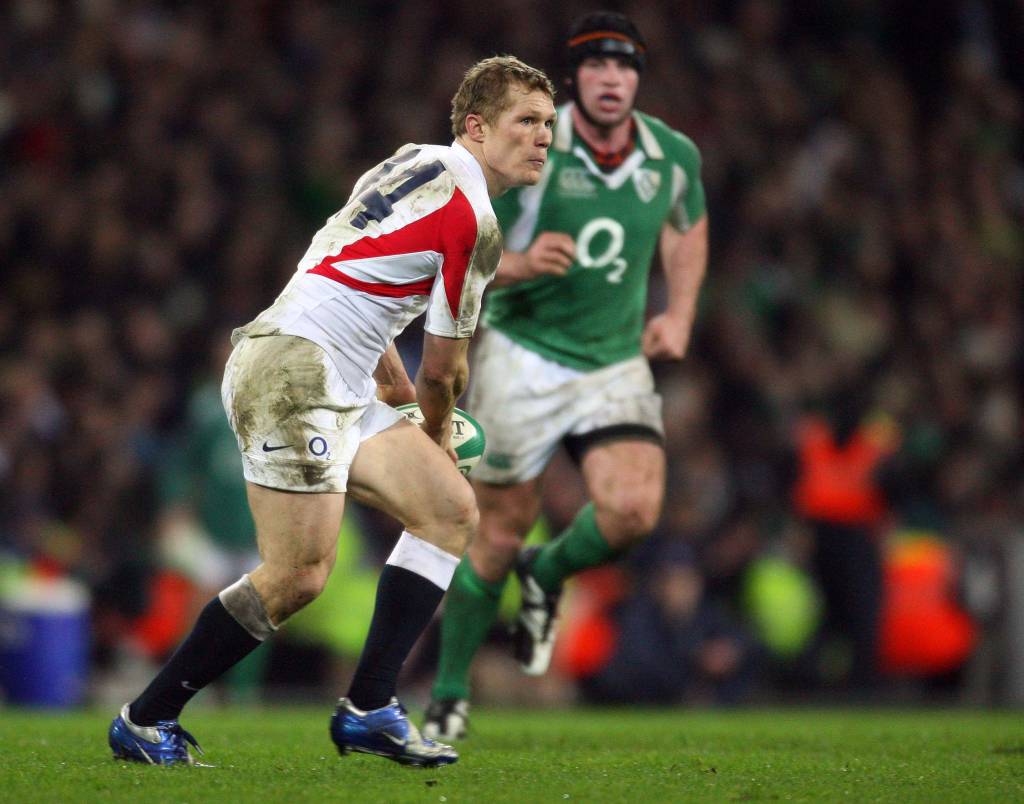 Lewsey played his final game for his country at the 2007 World Cup and has since gone on to broaden his horizons, setting up a leadership development and business consultancy firm and swapping try-scoring for deal broking after a glittering career.

Jason Robinson struck fear into Guinness Six Nations defenders and has since gone on to disseminate his expertise to the next generation.

More recently, he is also an ambassador for Land Rover and has joined forces with the Jamaica Rugby League squad to help further expand the sport he enjoyed a brilliant career in for Wigan Warriors and Great Britain.

A familiar face to rugby fans around the globe, Greenwood’s analysis and expertise has long been ringing in our eardrums since he entered the media world after retiring in 2005.

The former centre worked for ITV during the 2007 World Cup and has gone on to represent one of Sky Sports’ most authoritative pundits, also writing a column in the Daily Telegraph.

The 47-year-old was a staunch opponent of Scottish independence ahead of the 2014 referendum and continues to provide insight and opinion on rugby – and beyond – 15 years on from drawing the curtain on his career.

Tindall’s had a right royal time since retiring and his off-field life has been well-documented, getting engaged to Zara Phillips in 2010 before tying the knot the following year.

The couple have had two children, Mia and Lena, since and Tindall also continues to make media appearances for a number of outlets, as well as being an ambassador for multiple companies and charities including The Midlands Air Ambulance, UFXMarkets and Rugby for Heroes.

Ben Cohen has dabbled in all sorts since retiring and it was the BBC’s Strictly Come Dancing that laid the foundations for some of his future ventures.

Cohen and partner Kristina Rihanoff finished eighth but went on to get married in 2014 – they are now divorced – with the former winger also appearing on reality shows The Jump and And They’re Off!

He has also been a trailblazer in the campaign against bullying, founding the Ben Cohen StandUp Foundation in 2011 that seeks to raise awareness into the psychological impact of abuse such as homophobia.

The 2003 Rugby World Cup hero has gone on to follow in Greenwood’s footsteps in the media world, working most recently at the 2019 World Cup as an ITV studio pundit alongside fellow Guinness Six Nations greats Paul O’Connell and Brian O’Driscoll. 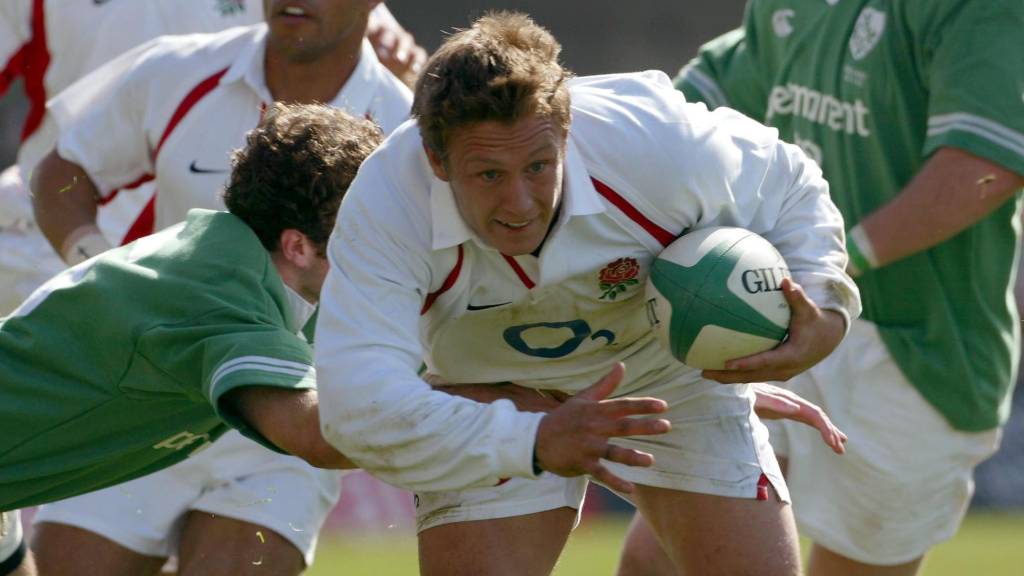 The England legend also launched his own men’s fashion label, Fineside, in 2011 as well as quilling newspaper columns for The Times and releasing a number of books.

The younger generation will indelibly associate Matt Dawson – the man who provided the pinpoint pass to Wilkinson for that immortality-sealing drop goal – with popular BBC sports quiz show A Question of Sport.

The former scrum half has been a team captain in the Sue Barker-presented programme since 2004 but has also dabbled in other areas of the media, appearing on Strictly and Celebrity Masterchef in 2006.

Coaching beckoned for former front-rower Graham Rowntree after retiring from international action back in 2007.

The once formidable prop enjoyed roles at Leicester Tigers and then in the England setup, assuming the position of forwards/scrum coach in the 2008 Championship while also working with The British & Irish Lions for their tour to Australia five years later.

More recently, Rowntree has returned to coaching in the domestic format and has worked as forwards coach at both Harlequins and – currently – Munster.

Two of England’s triumphant 2003 front-rowers have taken markedly different paths since calling an end to their playing days, with hooker Thompson jetsetting off to Dubai. 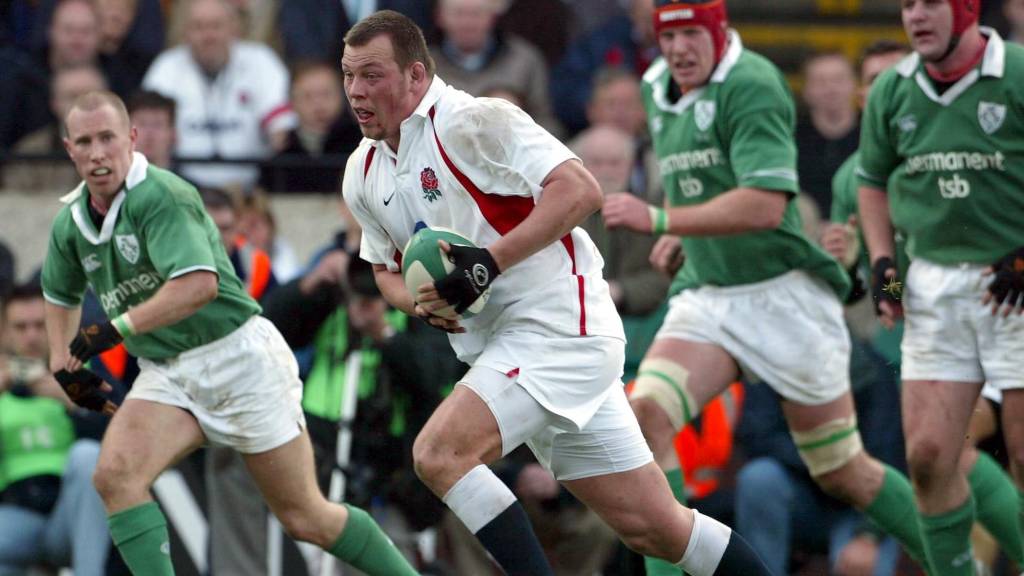 The 42-year-old acted as an ambassador for the Christina Noble Children’s Foundation and has also been appointed as sports ambassador for security and facilities management services company Transguard.

England’s most capped player has also led the way off the field since retiring in 2004, undertaking a considerable raft of charity work through several foundations.

The former prop has been holding annual dinners since 2004 – which have raised more than £2 million for charities and good causes – as well as founding The Atlas Foundation ten years later, which uses the power of rugby to improve the lives of impoverished young people.

Any Guinness Six Nations fan will be acutely aware of Martin Johnson’s path after leading England to that dual 2003 nirvana, having been appointed head coach of the Red Rose in April 2008.

The former second row behemoth, currently 50, led England in the 2009, 2010 and 2011 Guinness Six Nations – and was the man who engineered their first Championship victory since 2003 in his third attempt as boss.

Ben Kay currently undertakes a range of media work for BT Sport, often being found on fans’ screens tuning in to watch the English Premiership. 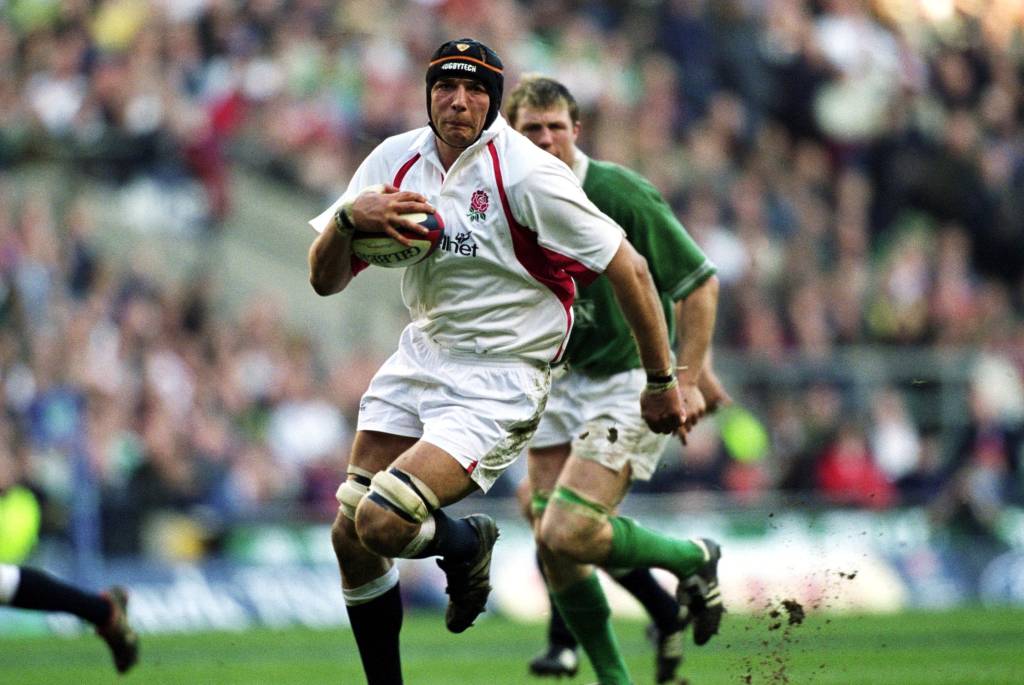 Those television ventures have been supplemented by a range of other media exploits on podcasts and videos, as Kay provides cutting-edge analysis on the English top-flight and beyond.

Former back-rower Richard Hill has been one of the less visible England names since that 2003 crowning glory, having retired from international action in 2008.

He has nevertheless remained an influential presence in the rugby world, however, being appointed as England’s team manager under Eddie Jones back in 2016.

Another star from the class of 2003 to turn their hand to coaching, World Cup-winning flanker Neil Back has coached in both league and union since drawing the curtain on his career in 2005.

Back has held roles at his beloved Leicester Tigers, Leeds Carnegie and Edinburgh Rugby as he continues to disseminate his dynamic back row expertise to the next generation.

Back currently undertakes a public speaking role and is also a director at display expert company, TSP Visual Comms.

A cocktail of charity and media work has characterised Dallaglio’s post-rugby career, having worked for ITV during the 2011 and 2015 Rugby World Cups. 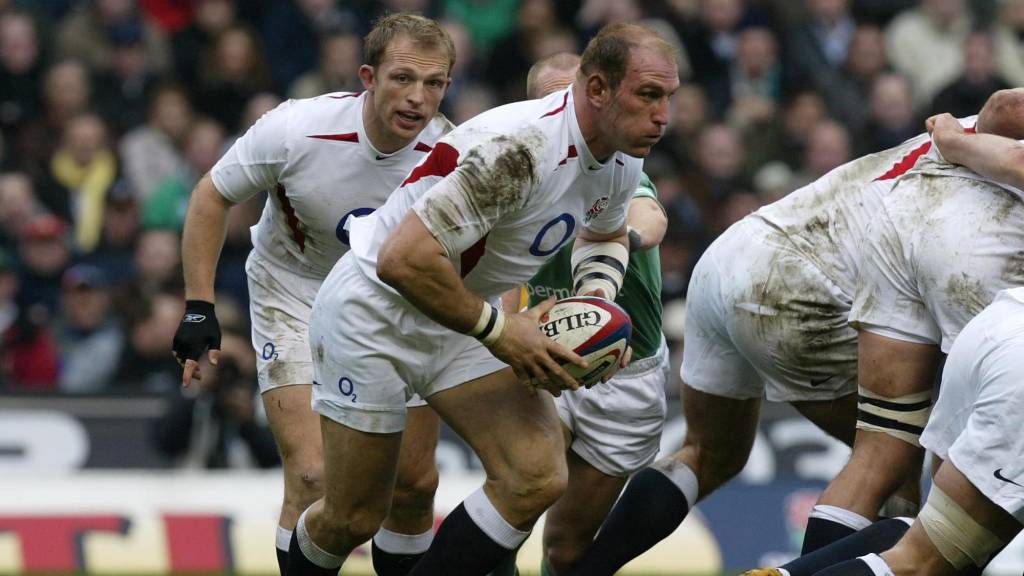 And a plethora of charity cycles have followed, with the ex No.8 totem swapping the back row for bikes alongside fellow sports stars Andrew Flintoff, Lee Dixon and Graeme Le Saux.

Still an authoritative voice in the game since retiring in 2008, Dallaglio’s influence in the sport lives on.

Trevor Woodman – Another front-rower who has sought to pass on his expertise, the 43-year-old has worked at both Wasps and Gloucester as well as with the Australian Rugby Union.

Danny Grewcock – Danny Grewcock’s also not to be messed with, possessing a black belt in karate. He also recently started a new role as high performance manager at Clifton College. 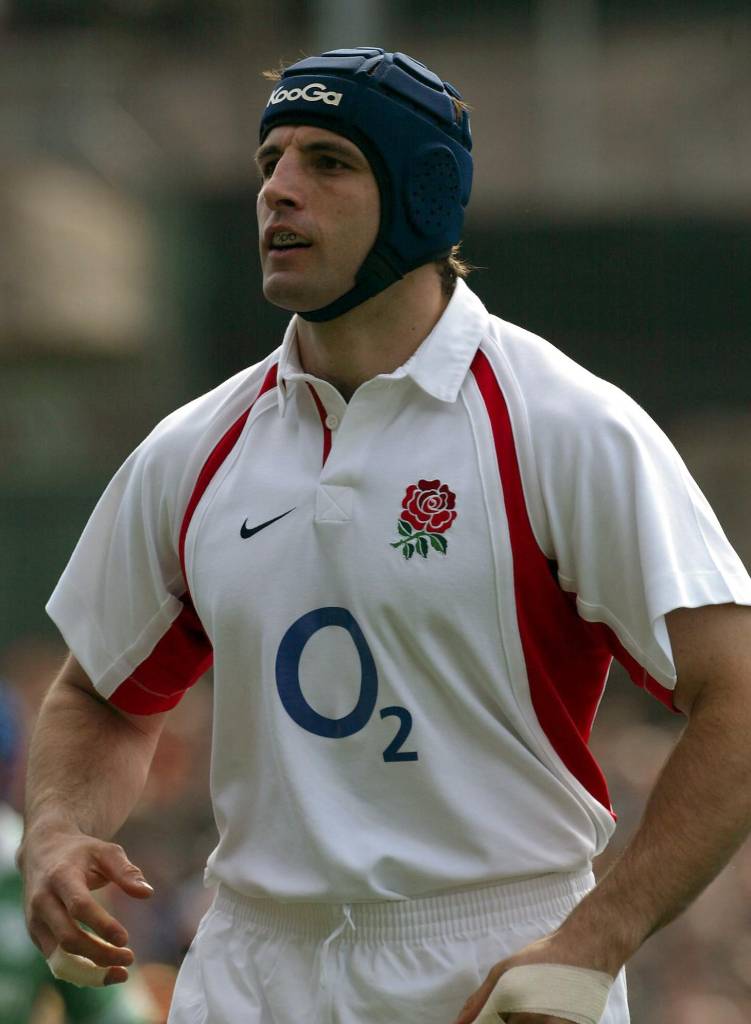 Kyran Bracken – King of the ice. Kyran Bracken reigned supreme in reality TV show Dancing On Ice back in 2007, having received the highest score in the history of the programme in the semi-final.

Paul Grayson – Former fly-half Paul Grayson went on to become assistant head coach at Northampton Saints and has watched sons, James, Joel and Ethan, follow in his rugby footsteps through the club’s academy.

Dan Luger – Luger followed in Bracken’s footsteps on the ice – but on a bobsleigh. Alongside working in financial sales in trading, the World Cup winner competed at the British Bobsleigh Championships alongside Jason Gardener, Craig MacLean and Dean Macey.

Readers of the Daily Mail or voracious consumers of rugby will be well-acquainted with the great Woodward’s views, who has gone on to establish himself as a commanding voice in the sport.

The 2003 coaching hero has released multiple books as well as holding roles with the British Olympic Association, where he was Deputy Chef de Mission for the 2008 Olympic Games in Beijing.

Woodward has also played his part in a range of charity work – he is honorary present of the Wooden Spoon Society – as he continues to leave his mark on the world both in the rugby sphere and beyond.