Today we have John Barclay, the Scotland flanker who made 36 Guinness Six Nations appearances between 2008 and 2018.

Barclay formed one third of the ‘Killer Bs’ back row alongside Kelly Brown and Johnnie Beattie, and captained his country in the 2017 and 2018 Championships, leading Scotland to famous home victories against Ireland, Wales and England.

You can join in too on the Guinness Six Nations app where you can pick your own ultimate team and compare it to Barclay’s Greatest XV below.

Hoggy is well worthy of his place. He keeps getting better and better and has done so throughout his career. He keeps adding different elements to his game, whether it’s kicking out of hand, goal kicking or captaincy.

It is even more impressive when someone keeps their standards so high even after a long period of time playing at that level, which Hoggy has done. People are more aware of who he is now and there is less space for him because of that but he keeps proving so effective. 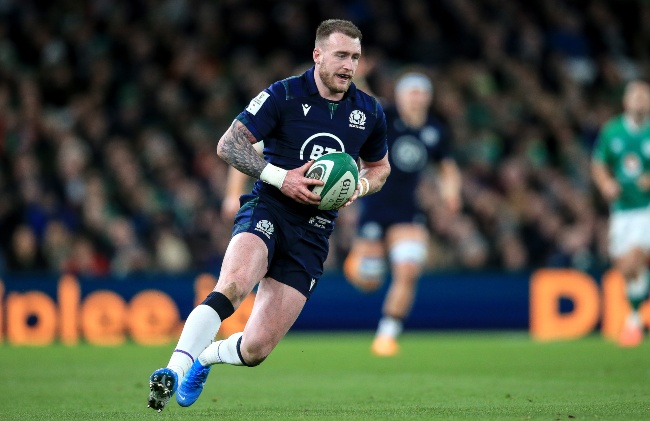 I remember when he joined up with the Scotland squad as a youngster – straight away he looked a special talent. He rocked up with his dyed blonde hair and had something about him but, like a lot of young players, there were a few errors in his game.

He doesn’t make many errors now, which is vital. As much as rugby at that level is about doing the great stuff which separates you from the best, it’s also about doing the basics well and not making big blunders. Hoggy has cut the errors out of his game and is a class act.

I had to get him in the team. Robinson was one of those guys I loved watching when I was younger as he did things with the ball that no-one else could do.

He was an electric player and, let’s not forget, made the switch across codes and was super successful in both.

I don’t think anyone else comes close. He has won the most Guinness Six Nations games in history, scored more tries than anyone else in the competition and he was one of those guys that just did everything. 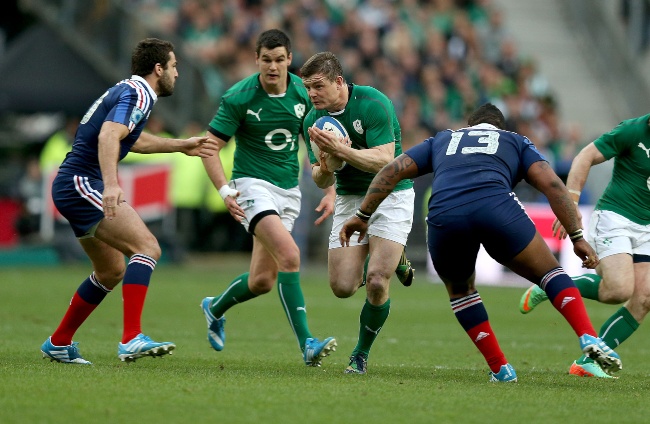 He did everything in the game in terms of accolades but he also did it all on the pitch. He did all the horrible gritty stuff in defence, he was hard and his attacking prowess was phenomenal.

He was world class – four Lions tours, Heineken Cups – it all speaks for itself. Nothing I say can add to that.

I played against Yannick a lot and he was one of those players who just always seemed to have time on the ball.

He had a huge influence on games and it felt like he got man of the match every time France won. He was a big man, he always wanted the ball and he was always involved.

A super exciting player who played the game the right way. He was an embodiment of the fact rugby is a game for all shapes and sizes. 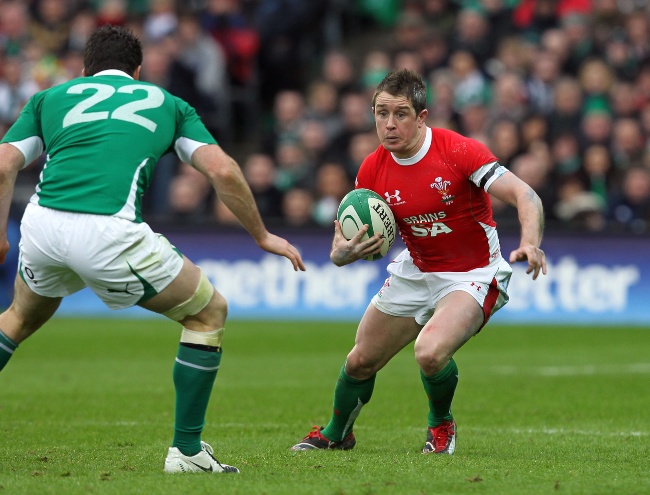 He did it the hard way – he was told he was too small to start with and struggled to get caps. He is a different breed of rugby player and I think someone like Darcy Graham is similar in the modern era.

Shane was a really special player – though I don’t have such fond memories of the 82nd-minute try he scored against us in 2010 when we blew a 10-point lead!

His passing game was exceptional. He played in a Wales team that wanted to run the ball and he was a real driving force behind that.

Stephen coached me when I was at Scarlets and he is one of the most determined, competitive guys you will find. From a purist’s point of view, I loved playing with guys who wanted to be on the front foot all the time and Steven was one of those.

Finn Russell was the other 10 I could have plumped for. He is a bit younger and a lot of the guys I have picked are in 100-cap territory. If we were to have this conversation in five years’ time, Finn may well be in my team.

I have gone with Peel and Stephen Jones as my half-back pairing. For me, they have been two of the best players in the Guinness Six Nations era. 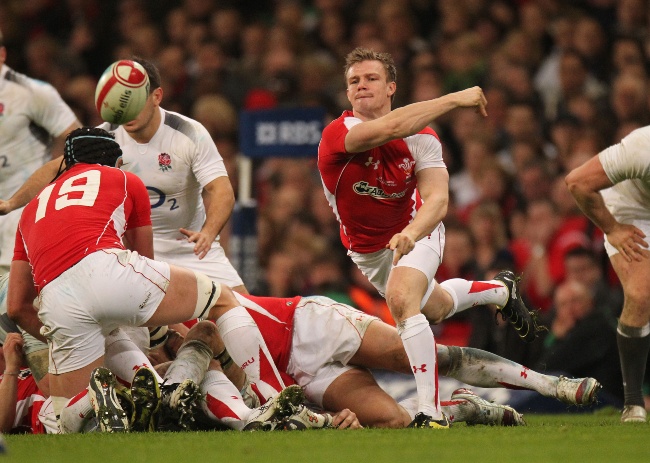 I remember playing against them for Glasgow when they were at Scarlets around 2004 and it was like they were playing a different sport.

I loved the speed and tempo at which they played the game and they both went on to play for the Lions, which was thoroughly deserved.

The perfect modern-day prop. He was as fit as anything, he could carry and he was really good over the ball.

The fact he was injured as much as he was and still earned over 100 caps – he was just a mainstay and would have had many more caps for Wales and the Lions were it not for injury.

I didn’t play against him but he was one of my heroes growing up. I loved the way he played the game – he was all action and full of intensity in every game he played. 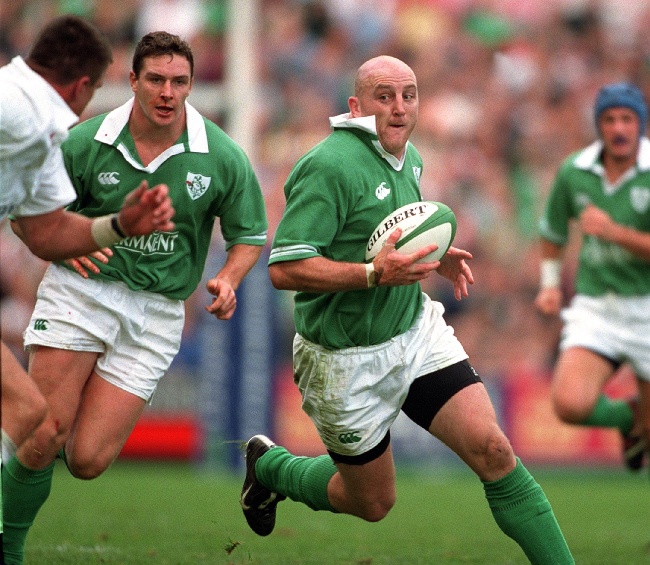 Tight-head is not the most exciting position to talk about but Phil was just always there and proved such a reliable presence with England and the Lions.

He’s a World Cup winner and he achieved everything there was to achieve in the game.

He needs no introduction. Paul was dogged, determined, ridiculously physical and robust. He was a nightmare to play against. He was all arms and legs, holding on – he was a physical beast. 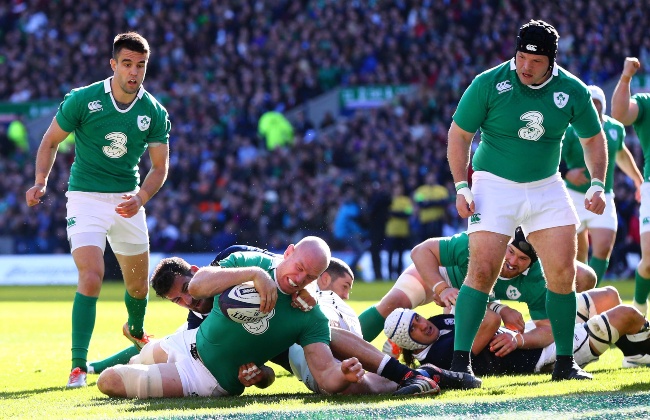 His leadership was quite something to see as well. I never played under him, of course, but it appeared he was the one driving Ireland forwards and was a real catalyst for that team’s success.

I have got to know him better off the field through our BBC work and he is a great guy. He has won everything but still has all the time in the world for you.

Martin is another player I grew up watching at a time when it felt like England won everything. He did it all – captained England, captained the Lions, won the World Cup, won Heineken Cups, won Grand Slams.

He is not a particularly flash guy. Like with Paul O’Connell, I have had the chance to spend a bit of time with him through working on the BBC together and he is a charming guy. When you played against him, though, he was as hard as nails.

I was torn between Serge and Thierry Dusautoir for this one but Serge just edges it. I played against him a number of times and he was a dogged, all-action flanker. Betsen was everywhere and I used to find him really irritating to face. 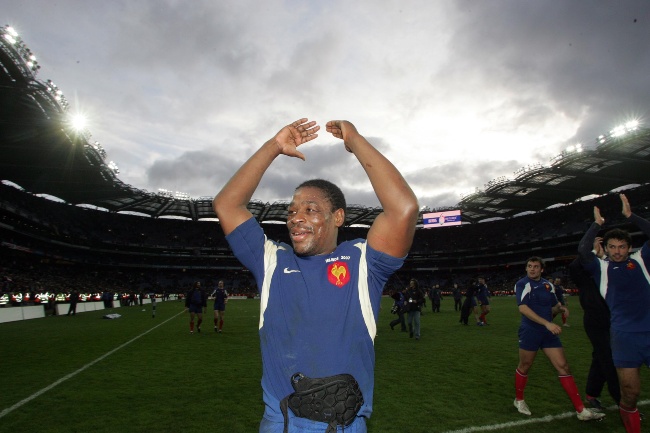 He was niggly and played on those fine margins – sometimes arguably on the wrong side of them! But he was someone who would put his face where other people had their knees and feet and he gave everything for the team.

Richard Hill was my idol growing up. I was able to play against him but unfortunately by that time his knee was gone – he limped when he arrived and could hardly walk after it.

For me, though, he was the embodiment of going about your work in the right way. He was really physical and had a huge presence.

I had to get another Scot in there! Simon Taylor and Jason White were two of my heroes and I was lucky enough to play with both of them. They both did a lot in the game, not just in the Scottish game but everywhere they went, and Simon just pips it. 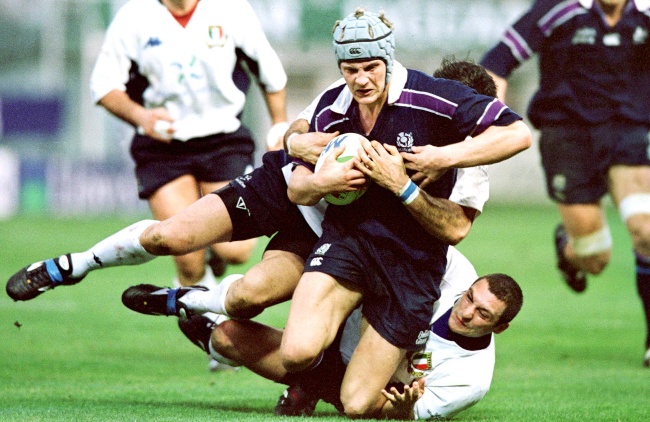 An honourable mention goes to Imanol Harinordoquy, who was everything I wasn’t as a player. He had unbelievable skills under pressure, had the full box of tricks but would also do the gritty work in defence. He was physical, great with ball in hand and in the lineout – and he is a lovely guy as well.