Having won back-to-back Grand Slams towards the end of the Five Nations era in 1997 and 1998, France were plagued by inconsistency around the turn of the millennium.

They went from first to last in 1999, the final year of the Five Nations, before finishing second and fifth in the first two years of the Championship in its current form.

Come 2002, it was France’s time to shine once more. The Championship began with England on the hunt for a hat-trick of titles but Bernard Laporte’s men upset the odds with a string of fine displays.

They announced their intent on the opening weekend, beating Italy 33-12 with 23 of those points coming from the boot of Gerald Merceron. 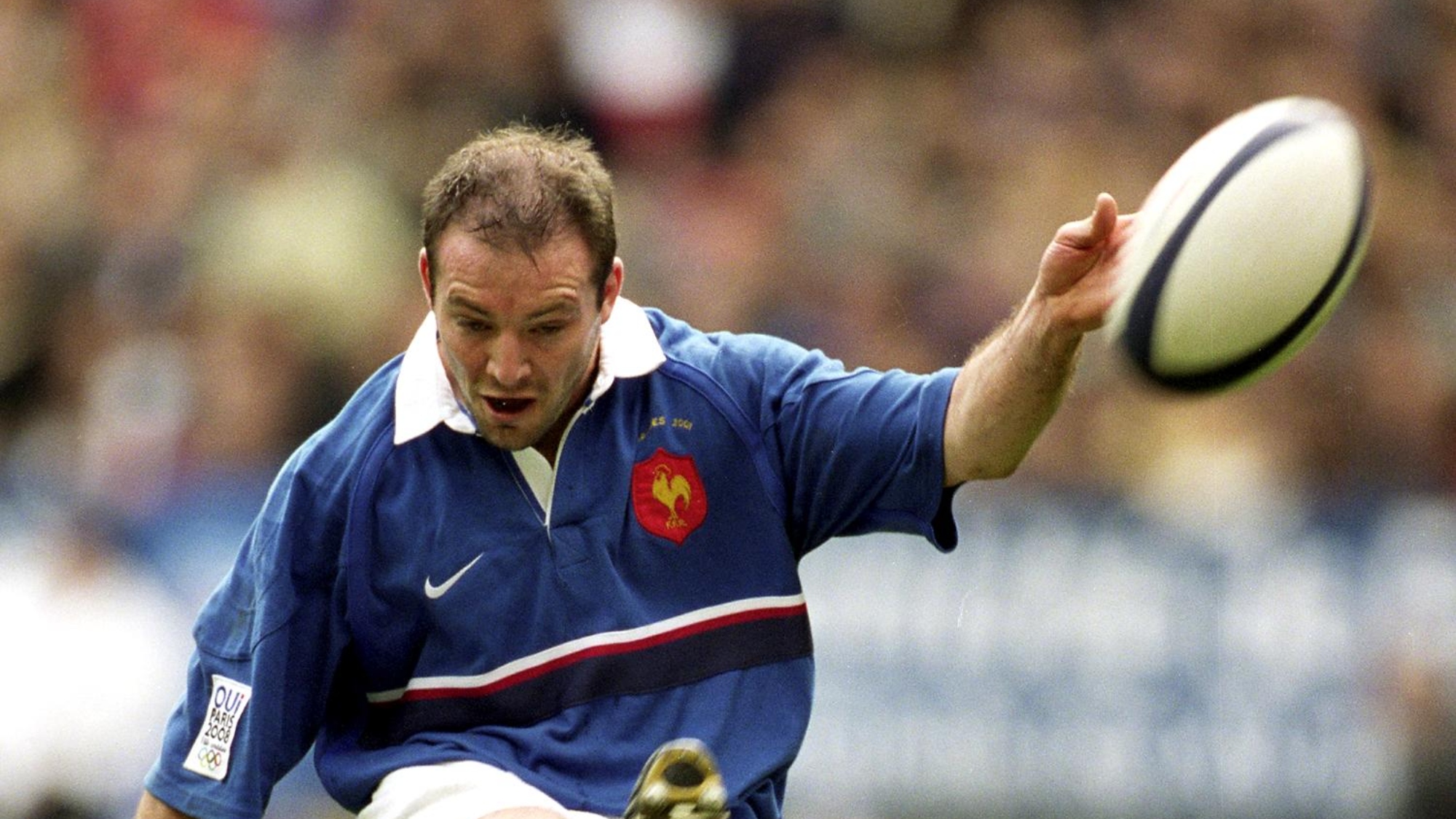 Next up was a tricky trip to Cardiff – and what would prove arguably their toughest test of the Championship.

Wales had endured a disappointing start to their campaign and welcomed France looking to bounce back from a bruising 54-10 defeat against Ireland.

The French were missing several key players through injury and, sensing an opportunity, Wales immediately looked a different side to that which had been put to the sword at Lansdowne Road.

The hosts needed just 95 seconds to take the lead through a Stephen Jones penalty and, although the monster boot of Damien Traille levelled matters, Wales were first to cross the whitewash through Craig Quinnell in the ninth minute.

A Merceron penalty reduced the deficit to 10-6 before a thrilling period of play which had France’s New Zealand-born centre Tony Marsh at the heart of it.

Marsh’s first try arrived on 25 minutes when he applied the finishing touch to a move that had been started by a powerful run from Pieter de Villiers (below) to put France ahead for the first time in the match. 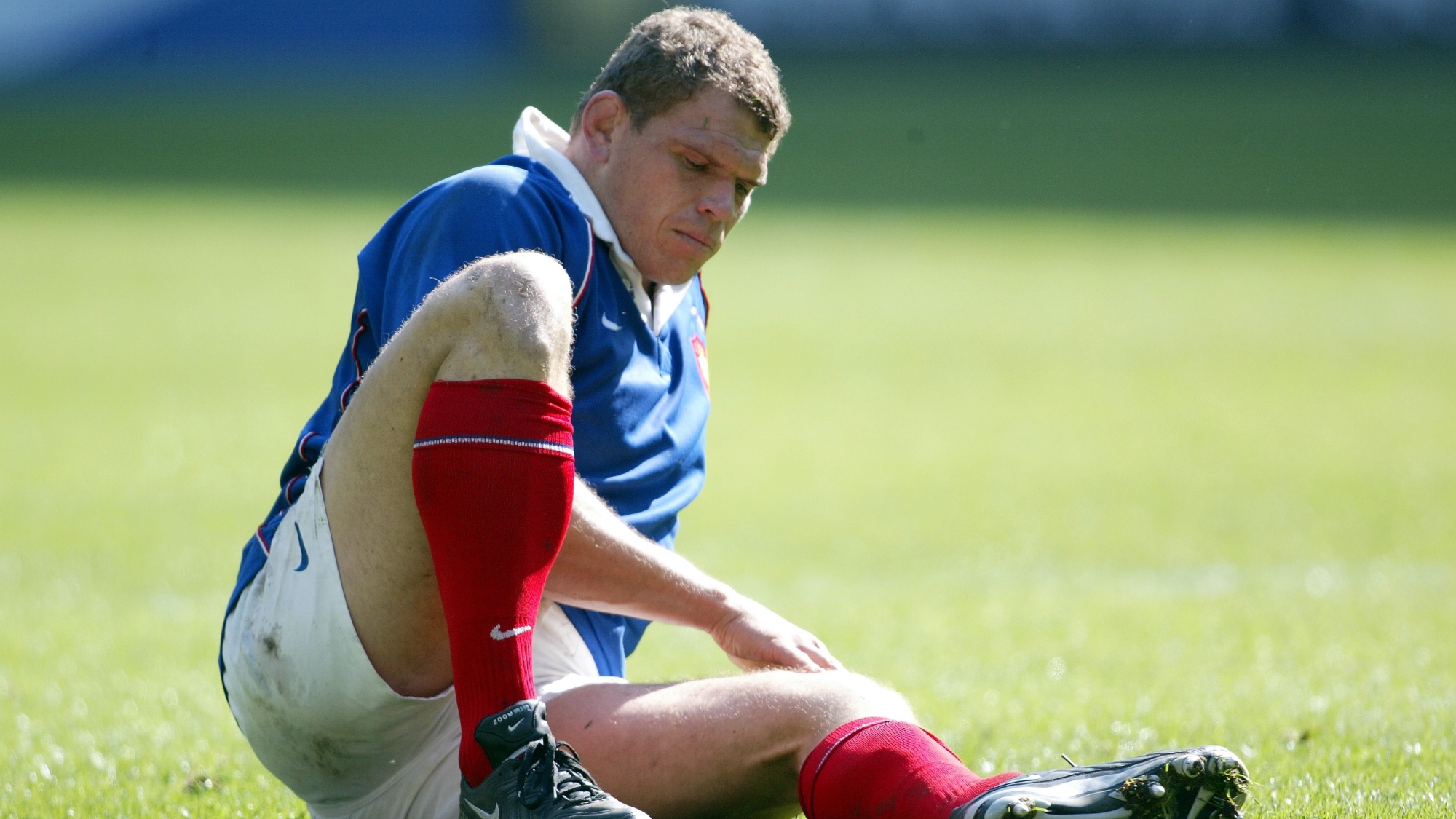 The lead continued to change hands, with Jones slotting two penalties and Merceron landing a drop goal, before Marsh dotted down again six minutes before the break.

It came from another fine move, with de Villiers’ front-row partner Raphael Ibanez this time creating the promising position which Marsh capitalised on to score his second try.

There was still time for Jones and Merceron to exchange penalties in a rollercoaster first half which ended with France leading 24-19.

The visitors stretched their lead early in the second half through Aurelin Rougerie, who latched on to his own kick to score.

Merceron’s conversion, followed by a penalty, put France 34-19 ahead but back surged Wales, who responded with a try from Nathan Budgett.

A Merceron penalty gave France breathing space before Kevin Morgan went over in the corner; Jones’ touchline conversion reduced the deficit to just four points with a minute remaining.

Now France had to hold on and their defence was imperious in the closing stages, with Serge Betsen standing out.

Wales piled on the pressure and French hearts were in mouths when two potential tries were referred to the video referee, but both were disallowed – Dafydd James was in touch, while Scott Quinnell couldn’t ground the ball – as Les Bleus held on.

France coach Laporte was delighted by the spirit shown by his players amid the tension of the closing stages, saying: “The last two scrums, the tackles by Pieter de Villiers and Olivier Milloud on Scott Quinnell and Aurélien Rougerie on James prove that this team has a soul. There’s a feeling between the players.”

The victory set up a crunch clash against England in Paris the following week.

“If we can win against England, we can win the championship,” said Laporte.

“We know they have been the best in Europe for two or three years, but here is the opportunity to show that they aren’t.” 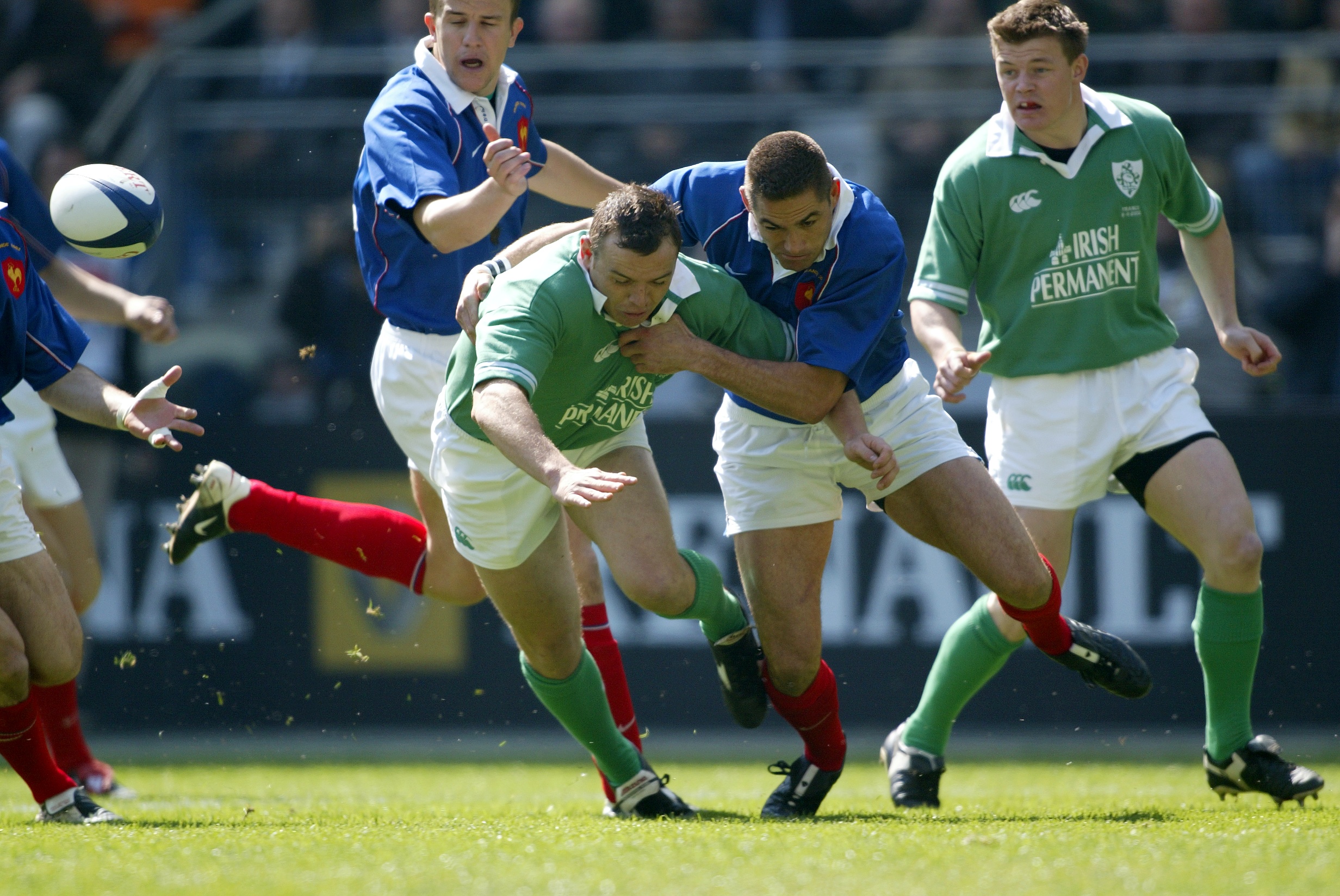 France took that opportunity, winning 20-15 in Paris courtesy of tries from Merceron and Imanol Harinordoquy, and were 22-10 victors at Murrayfield the following weekend to keep their Grand Slam hopes alive.

They sealed their Slam – and the Championship – in style, running in five tries in a convincing 44-5 win over Ireland in front of a packed Stade de France on the final weekend.

It was a feat they repeated two years later, with Harinordoquy again on the scoresheet against England in Paris – read more about that Grand Slam defining moment here.