Rob Kearney bade farewell to his playing days but Ireland’s most decorated player has left an indelible mark on the Guinness Six Nations.

Leinster went down 25-17 against Saracens in the Champions Cup quarter-finals in a result that looks likely to mark Kearney’s final involvement in rugby as a player, with his contract in Dublin due to expire at the end of the season.

The full-back is yet to officially hang up his boots but has enjoyed a glittering career for both club and country, capturing four Guinness Six Nations titles across a nine-year period including two memorable Grand Slams in 2009 and 2018.

And those four Championship crowns, combined with four European titles, six Guinness PRO14 triumphs and a Challenge Cup medal mark Kearney out as Irish Rugby’s most decorated player of all-time. 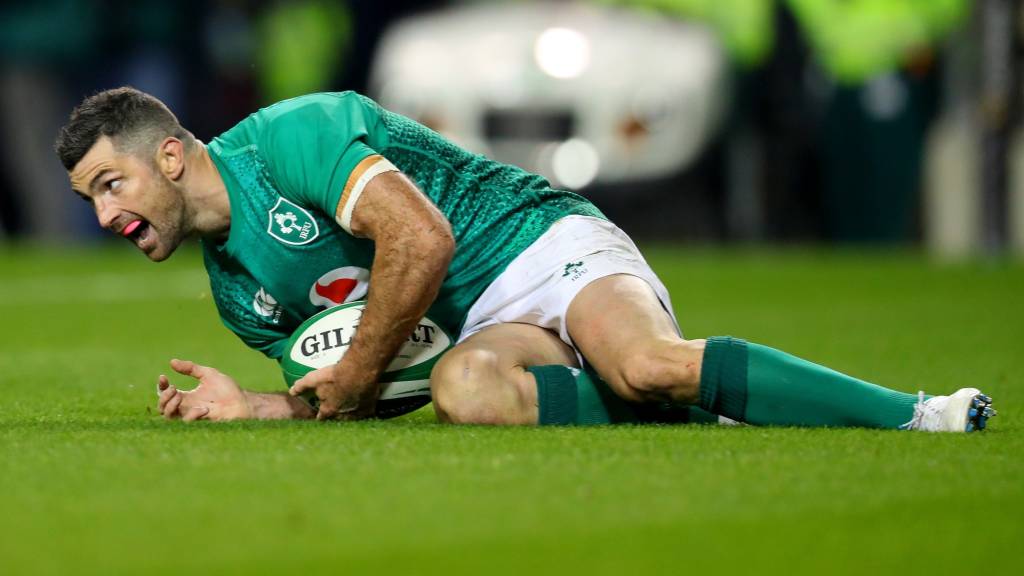 Kearney, 34, was a star on the British & Irish Lions’ Tour to South Africa in 2009 off the back of a thrilling Championship campaign for Declan Kidney’s side, where Ireland toppled Wales in Cardiff to scoop a historic first Grand Slam title for 61 years.

But Kearney’s Guinness Six Nations roots go further back, making the first of his 48 Championship appearances in 2008 as Ireland edged out a 16-11 triumph over Italy at Croke Park.

The No.15 played all five of Ireland’s matches in the 2008 Championship as the men in green finished fourth, but it was the following year when he and his teammates forever etched their name into Irish Rugby folklore.

Kearney featured in all five of Ireland’s matches once more and was a talismanic presence among Kidney’s backs, playing a pivotal role in that storied 17-15 win over Wales to end over 60 years of Grand Slam hurt.

He was crowned European Rugby Player of the Year in 2012 and then clinched further Six Nations titles in 2014 and 2015 – scoring two tries in 2014 – but it was in 2018 when he emulated those Grand Slam heroics of nine years earlier, as Joe Schmidt’s men completed a clean sweep to reign supreme once more.

Kearney again played in all five matches and while he was unable to get on the scoresheet, his effervescent presence at full-back provided a continual attacking outlet and bolstered his side’s solidity.

With 95 caps across an unforgettable 12-year period, Kearney will forever be remembered as a Guinness Six Nations totem and permanent great of Irish Rugby.