As a key component of an ambitious Italy side looking to build on their best-ever Women’s Six Nations series in 2019, Giada Franco was as frustrated as anyone when this year’s Championship was put on ice due to the coronavirus pandemic.

The Azzurre managed just two games of the current campaign before play was brought to a halt over eight months ago, with 19-15 victory over Wales and 45-10 defeat in France leaving them with plenty to play for in the three remaining rounds.

The chance to equal or better their 2019 runners-up exploits remains up for grabs, and Franco is confident the enthusiasm and drive of Italy’s squad can propel them to victory over Ireland in their first match of the resumption on Saturday – opponents they tasted victory over for the first time ever last year.

Franco somewhat epitomises the excitement surrounding her team, having fast-tracked from getting her first taste of rugby aged 14 to making her Italy debut just seven years later, and consistently leading by example with her physicality and fearlessness. 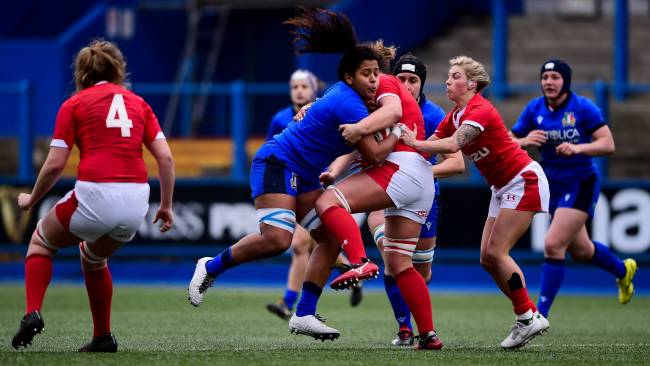 And having made the significant move back to Colorno from Harlequins in the summer, but being starved of match action since the loss in Limoges, the bustling back-rower can’t wait to get back to business over the coming weeks.

“It was very frustrating in the first few months without playing any rugby,” said the 24-year-old, speaking to rugbyworldcup.com.

“It’s obviously going to be tough, but at the same time these huge months off just increased our desire to be together, stay fit and play an international game.

“It won’t be easy, and you’ll be a bit nervous about your condition, but the desire to play and rediscover the team that you left months ago is going to be key for us to perform in the best way we can.

“Last year, we never spoke about finishing first, second or third, we spoke about growing up during the tournament, doing the best we can in every game and trying to build from every game. That’s the kind of conversation we’re having again in the camp.” 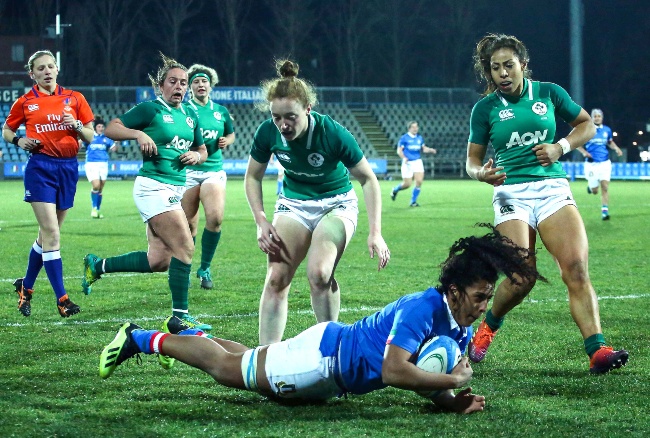 Coach Andrea Di Giandomenico assembled his squad of 23 players in Rome at the start of this week, before the team travels to Ireland on Friday in preparation for the clash at Donnybrook a day later.

Matches at home to defending Grand Slam champions England and Scotland conclude the campaign, and while Franco emphasises the importance of pushing the Red Rose at the top of the table, she recognises the games also hold extra significance.

With December’s Rugby World Cup qualifiers looming large, Franco believes a strong Six Nations showing could stand them in good stead, as they aim to secure a place at next year’s tournament in New Zealand.

She added: “It’s going to be a bit strange playing in the Six Nations over the next few weeks, but with the World Cup qualifiers coming in December we can really use these games as preparation.

“There’s a lot riding on those games because there’s one place for four nations. As a team we’ve worked hard for a couple of years to be prepared for that and we really want to go.”