Franco Smith has urged his Italy team to approach the impending Guinness Six Nations with courage and leadership, as he looks to balance long-term improvements with immediate success.

The 48-year-old has repeatedly outlined his vision to help the Azzurri become more competitive with the Championship’s biggest hitters going forward, and he looks set to provide a number of youngsters with valuable game time over the coming weeks.

Daniele Rimpelli, Marco Manfredi, Riccardo Favretto and Juan Ignacio Brex are the latest uncapped crop to receive senior call-ups, with the quartet looking to follow in the footsteps of the likes of fly-half Paolo Garbisi, who impressed on his Guinness Six Nations bow in October.

But despite being tasked with clashes against France and England in this year’s opening two rounds, Smith believes his inexperienced squad – that has an average age of just 24 – is capable of securing him a first win since taking charge sooner rather than later.

He said: “I didn’t take this job just to make an appearance or to participate. I want to build – together with all the staff and players – a team that can achieve important results both in the short and long term.

“We have a very young team, but we need to show courage and lead by example. This is a team under construction and quality young players must gain experience on the pitch.

“I am very excited for the start of an important tournament like the Six Nations. I am looking forward to working with everyone again and taking on the new challenges that lie ahead.” 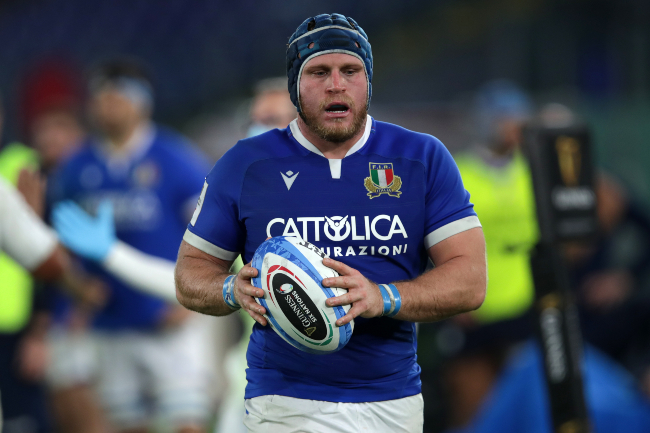 As one of only four men in the 32-strong Italy squad to have passed the 30-cap barrier, 29-year-old skipper Luca Bigi is looking forward to playing a pivotal role in his team’s Round 1 visit from Les Bleus on February 6.

Having leant on fellow hooker Leonardo Ghiraldini – who recently announced his international retirement – as he made his way up the ranks, Bigi is confident he can pass on his experience to help his young teammates thrive both now and in the future.

He said: “Being among the oldest players in the squad isn’t a burden, it’s a responsibility. I have learned a lot in my career from athletes like [Sergio] Parisse, [Alessandro] Zanni and [Leonardo] Ghiraldini.

“With Leo I had the honour of living with him during the last international window in November. He was a great player and leader who taught everyone a lot.”