Old foes reunite in the Guinness Six Nations but each year brings a clutch of new rising stars bidding to make a name for themselves in Rugby’s Greatest Championship.

That’s no different in 2021, with no fewer than 15 uncapped players picked across six Championship squads, while plenty of others hope to establish themselves on the game’s biggest stage.

Here are some of the players to look out for this year.

“Paolo can be world class in terms of line-breaking. That’s the thing that’s caught my attention all the time. He’s got power, got a bit of an X-factor in power.”

The 23-year-old Wasps player has been called up to the England squad for the first time and is the talk of the town after Jones lavished him with praise. And who can blame Jones for being so excited?

Odogwu has been a revelation in the Premiership this season, his electric pace and bursts of power causing headaches up and down the country.

Jones is so impressed, he’s dropped the versatile centre Jonathan Joseph from his squad and, like the Bath man, Odogwu can cover both centre and wing.

With Henry Slade the established No.13 and the likes of Anthony Watson and Jonny May out wide, Odogwu may have to ease into international rugby from the bench. But whenever he does feature, he’ll be box-office to watch.

Electric winger Louis Rees-Zammit was the talk of the town ahead of the 2020 Guinness Six Nations but there is even more cause for optimism this year. 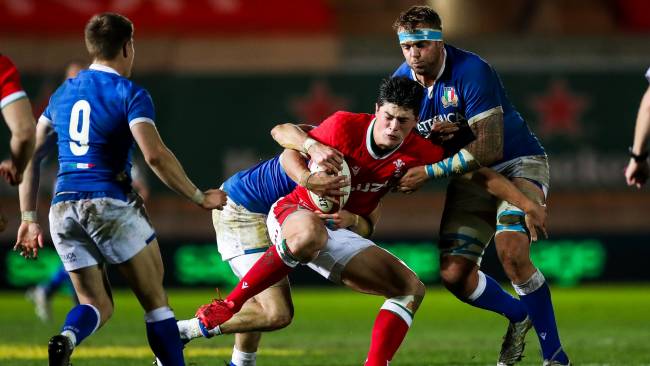 The 20-year-old was called up but didn’t play last spring, instead making his debut in the autumn against France.

He’s since added three more caps to his name in the Autumn Nations Cup, scoring once against Georgia in Llanelli.

With 11 tries in 17 career matches, Rees-Zammit has proven he certainly knows where they try-line is, while, at 6’3 and boasting the speed of a cheetah, he has all the attributes to excel.

Not many of his squad are household names but in Niccolo Cannone, they have a player that could be in the engine room for the next ten years. 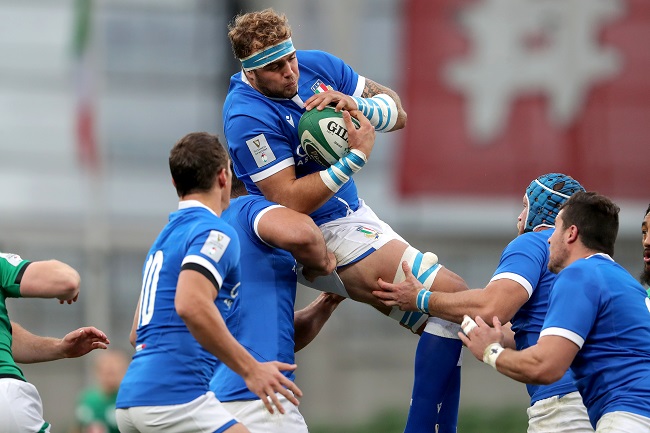 A second row, Cannone made his Championship breakthrough last year and was widely commended for a series of impressive displays.

Tall and rangy, Cannone is a strong tackler, smooth lineout operator and more than capable in the loose – even scoring two tries on his Guinness PRO14 debut for club side Benetton.

If Cameron Redpath makes it onto the pitch in the Calcutta Cup this weekend, you will not want to miss it.

The centre sensationally switched from England to Scotland on the eve of this Championship and will follow in the footsteps of his father, scrum-half Bryan, in wearing Scottish blue.

England’s loss is set to be Scotland’s gain, as Redpath is one of the most exciting young talents to come through this decade.

The 21-year-old has played at both 12 and 13 for Bath this season, while he is also adept at fly-half and full-back, making him an easy selection for this rising stars list.

Scotland fans will no doubt want to see him complement Finn Russell and Stuart Hogg and help electrify Scotland’s back line with his quick hands and creative mind. It would be a bold call but if it works out, watch out.

France suffered a major blow on the eve of the Championship, with news that centre Virimi Vakatawa is set to miss the entire campaign with a knee injury.

But next man up is likely to be Arthur Vincent, a 21-year-old with enough Gallic flair to compensate.

Vincent started alongside the steady Gael Fickou when Vakatawa was ruled out of the clash with Italy in Round 2 of the 2020 Guinness Six Nations, and impressed enough to keep his place in the away win at Wales and defeat to Scotland – with Fickou moving out to the wing to make space for the fit again Vakatawa.

With Vakatawa out again, this could be Vincent’s time to shine.

At 24, Hugo Keenan is the oldest player on this list of rising stars but the Leinster winger has already shown he has the game to become a Championship superstar. 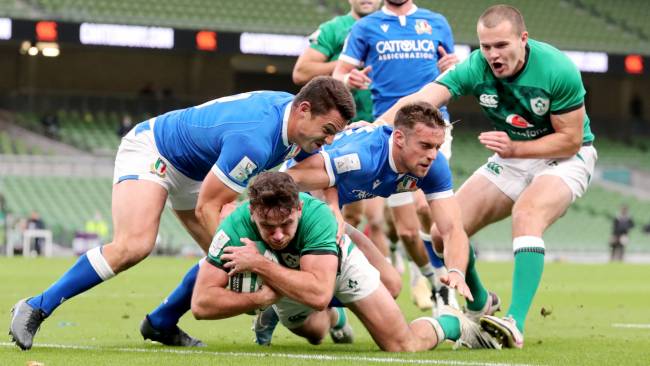 Keenan made his Ireland debut against Italy in the re-arranged Round 4 game in October and scored two tries in an outstanding display.

Proving that was no fluke, the versatile back three player started their final match against France and then all four of Ireland’s Autumn Nations Cup matches.

Lighting quick, strong in the air and a nose for the tryline, Keenan looks at home in Ireland green. His place on this rising stars list is certainly no more than his talent deserves.