Fancy yourself as the next Eddie Jones? Or maybe you’re a wannabe Wayne Pivac? Either way, the 2021 Guinness Six Nations Fantasy Rugby game will have you sorted for the next seven weeks.

Whether you’re a Six Nations supremo who has their stats sorted, or you’re still struggling to tell the difference between a loosehead and a lineout, anyone can pick their dream XV and compete for top spot throughout the Championship.

Before you know it, you’ll be running the rule over your replacements and celebrating ‘finishers’ like never before as you face off against friends, family and supporters worldwide in the hunt for Guinness Six Nations glory.

Following the same format used in 2020 the game offers a budget of 230 points to each participant, meaning you will have to wheel and deal to find the best bargains on offer to complete your XV.

A maximum of four players from each nation are allowed in your team while the value of players evolves according to their performances on the pitch over the course of the competition.

Let’s do the maths

Each team must feature 15 regular players, with their performances on the pitch contributing to your team’s tally throughout every week of the 2021 Guinness Six Nations.

Every player on the field will earn you ‘team’ points depending on the result of the match – applied in proportion to their presence in the game – and ‘rugby player’ points which are determined by their individual statistics. 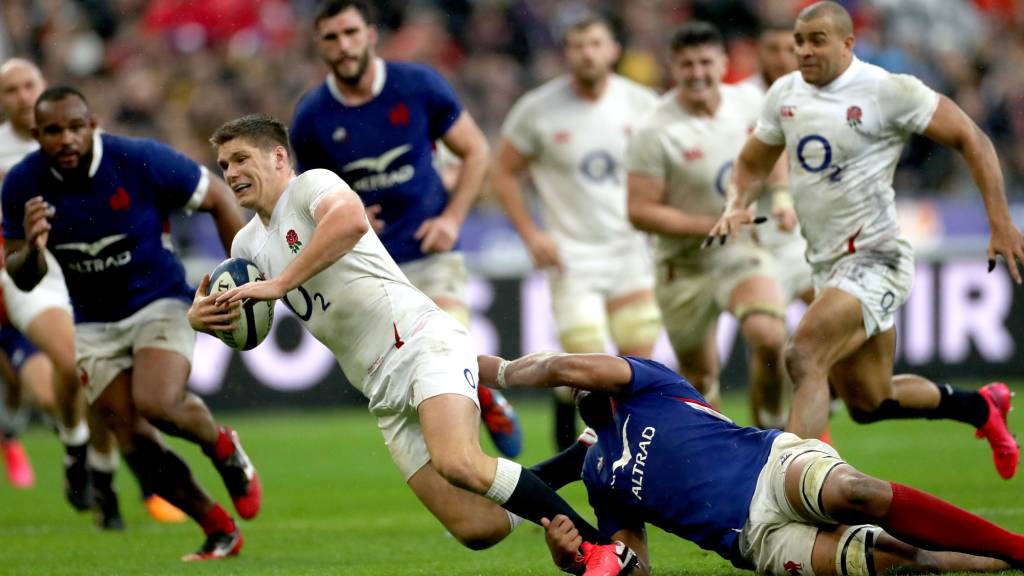 You are also given a couple of tricks to keep up your sleeve, with your selection of captain double that particular player’s points total for the week, while a bonus of 20 points will also be awarded to you.

Players in your team that start as a replacement for their nation will earn you half their points, while a nominated supersub will see their points tripled if they come off the bench during their real match.

If the nominated supersub starts, or does not play, his points will be halved as for all of the other substitutes.

If one of your choices wins a match on home soil, he will earn your team 12 points, while a draw will get four points, and a defeat just one.

But if a team manages to do the business away from home, that’s when you’re really in the money, with any of your inclusions who win on the road earning you 18 points, while a draw is worth ten and a defeat three points.

We all know how crucial points difference can be in the Guinness Six Nations, with last year’s Championship heading down to the wire, and it’s exactly the same with Fantasy Rugby.

As well as earning points for an individual performance, 0.5 points will be added or taken away from your score for every point separating the two teams in each player’s match, meaning every point on the board could be pivotal.

But what about the action in the game? Well, if one of your boys goes over for a try, he earns your team a mammoth 15 points, while conversions and penalties gain you three points, and a drop goal six. 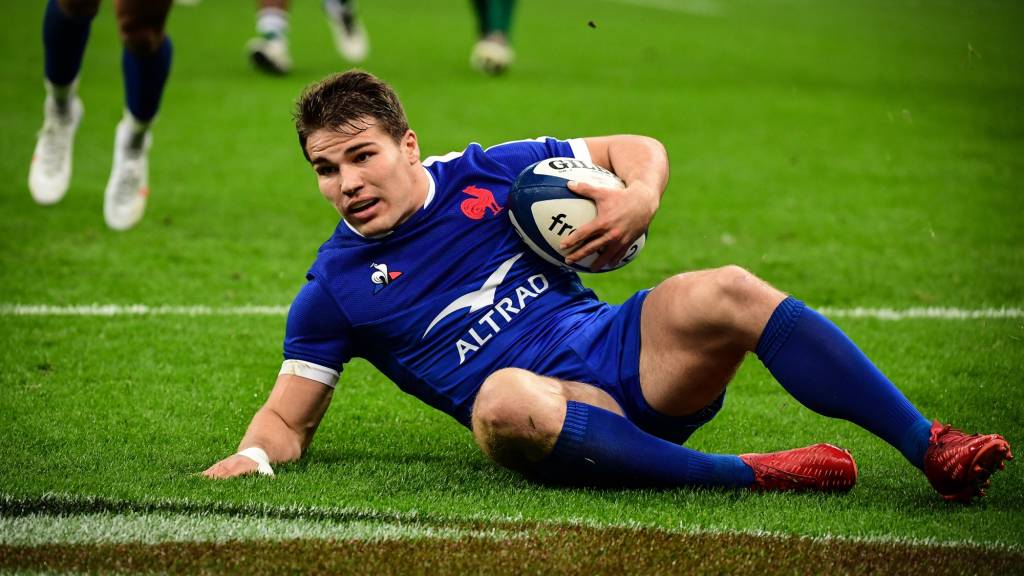 You’ll also be wanting to add the fleet-footed stars of the Championship to your lineup, with two points awarded for every defender beaten by one of your players, while each carried metre is worth 0.3 points.

But even without the ball in hand your selections have to perform, with each and every tackle worthy of a point, while those deemed a dominant tackle are worth two points to your total.

Finally, if one of your squad members is named the official Guinness Six Nations Player of the Match in their game you will be rewarded with 15 points, while yellow and red cards result in subsequent deductions of five and ten points respectively.

Keep your eyes peeled for some sneaky tips we’ll be dropping throughout the Championship to help you out, such as Six must-have backs for for Fantasy Rugby team for Round 1.

Who produced the goods last year?

They may have finished second on points difference in the 2020 Championship, bur a number of the French team racked up some big numbers in the last campaign.

Top try-scorer Charles Ollivon bagged himself a brace against England in last year’s curtain-raiser in Paris, before crossing the whitewash two more times earn himself a bagful of fantasy points, with 70 tackles adding even more gloss to the numbers.

Paul Willemse and Bernard Le Roux produced 74 tackles apiece to lead the way in the defensive stakes last time around, while the immovable object that was Maro Itoje wasn’t far behind.

As well as being the second highest point scorer in the competition with 51 last year, Johnny Sexton also produced without the ball in hand, with his 46 tackles the second-most for any of the backs – with Carlo Canna the only man to top him with 61. 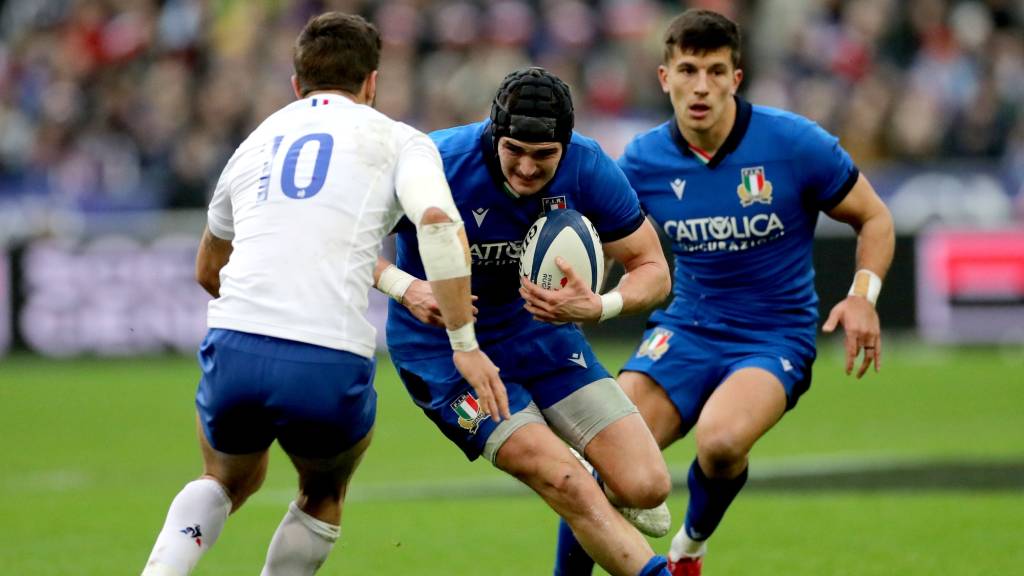 As mentioned previously, metres gained earn you valuable points, and you have to look no further than Jacob Stockdale and Stuart Hogg for the big numbers in that regard, with both close to topping the 500m mark throughout the Championship.

Hogg was also in the mix for most defenders beaten in 2020, as the Scotland captain left 21 tacklers in his wake, with Wales’ Nick Tompkins the only man to leave more men for dead on 24.

Italy’s Mattia Bellini and Antoine Dupont of France also proved elusive with ball in hand, with the former escaping 15 opponents, and the latter 13.

But as we all know, 2021 is another year, and in rugby anything can happen, so who are you looking to pick in your Guinness Six Nations Fantasy Rugby team?

Who are the big buys this time around?

It will come as no surprise that the fly-halves and full-backs are the big money buys in Fantasy Rugby, with the Scotland duo of Finn Russell and Stuart Hogg both among the most expensive players in the game at 16.0 stars apiece.

Owen Farrell and Johnny Sexton also come in at the same price in 2021, while the French duo of No.8 Gregory Alldritt and scrum-half Antoine Dupont will also set you back the maximum amount.

English speedster Jonny May is also a top dollar signing, as well as CJ Stander and Justin Tipuric, who would set you back a wedge if you wanted to create a dominant back-row partnership. 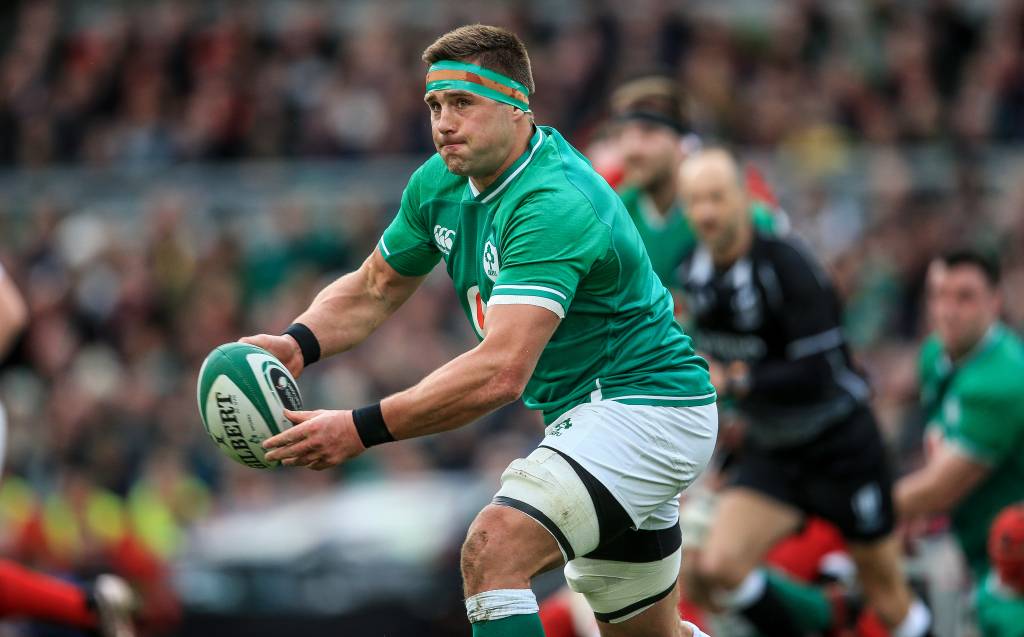 With points awarded for the official Guinness Six Nations Player of the Match, some of these could be real game-changers during the next six weeks, and could see you shoot up the table as a result.

Dan Biggar or Nick Tompkins could be yours for just a star less than those already mentioned, as well as Garry Ringrose, Robbie Henshaw or Jamie Ritchie, with possibilities endless as you try to buy quality and stay within budget.

France fly-half Matthieu Jalibert looks to be a snip at 13.0 stars, with the Bordeaux-Begles man always likely to produce the goods on a match day, while the defensive efforts of Carlo Canna could see you rack up the numbers, with the Italian valued at 10.0 stars.

We could go on all day about the limitless permutations and tips and tricks to get you going, but ultimately there’s only one person who can lead their side to glory, and that’s you – Pick your 2021 Guinness Six Nations Fantasy Rugby team now

Share this article:
Previous Story England great John Pullin dies aged 79
Next Story I had messages of support from around the world: Nigel Owens on the power of inclusivity in rugby