Fourteen years ago today, history was made in Dublin as Croke Park staged a rugby match for the first time.

81,000 fans packed in to one of Ireland’s most iconic sporting venues, which had hosted Gaelic sports since 1891, and enjoyed a match which lived up to the occasion. 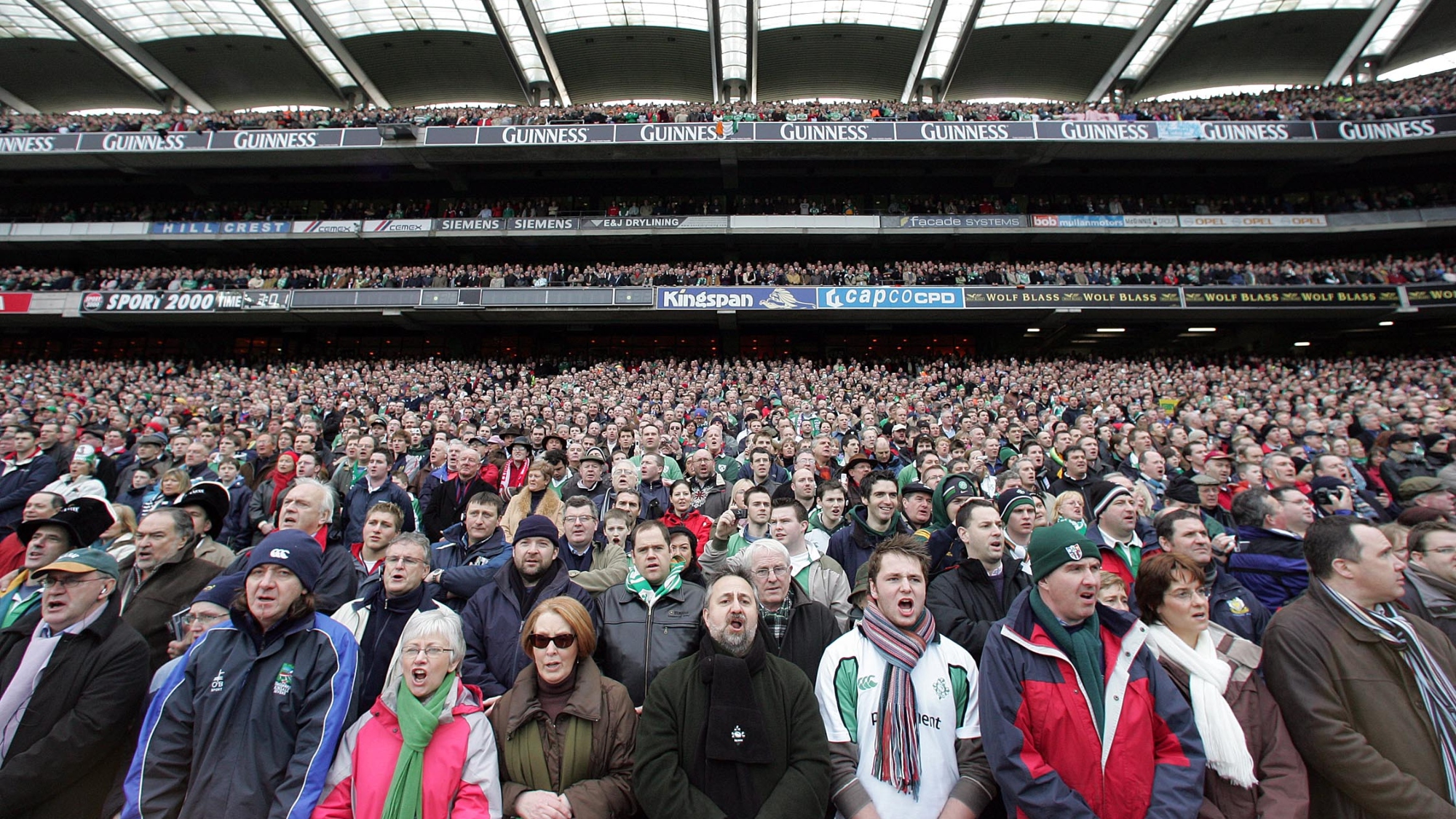 France were the visitors to the Irish capital and came away with a dramatic late triumph which stunned the hosts, who had been moments away from marking their landmark day with a victory.

It was a Round 2 contest full of twists and turns and the result went on to have a big say in the destination of the Championship.

Six must-have forwards for your fantasy team in Round 2

Both teams came into the game on a high having kicked off their 2007 campaigns with victories on the road.

France ran in five tries in a 39-3 triumph in Rome while Rory Best’s try after 49 seconds set the Men in Green on their way to a 19-9 win over Wales.

It was the visitors who settled quickest in Dublin, with David Skrela punishing two early Irish indiscretions before Ronan O’Gara became the first Irishman to score points at Croke Park when he slotted over a penalty of his own.

France remained in the driving seat early on and scored the opening try of the game through hooker Raphael Ibanez, who broke through Geordan Murphy’s attempted tackle for a try converted by Skrela to open up a 13-3 lead inside quarter of an hour.

Put your rugby knowledge to the test with the Guinness Six Nations Predictor!

The hosts grew into the game in what remained of the first half, gradually gaining the territorial upper hand and reducing the deficit through O’Gara’s second penalty.

The Irish No.10 was then on hand to start and finish an excellent move, offering support to David Wallace following neat hands from Denis Hickie and Shane Horgan to cross in the left-hand corner for a score greeted by a deafening roar. 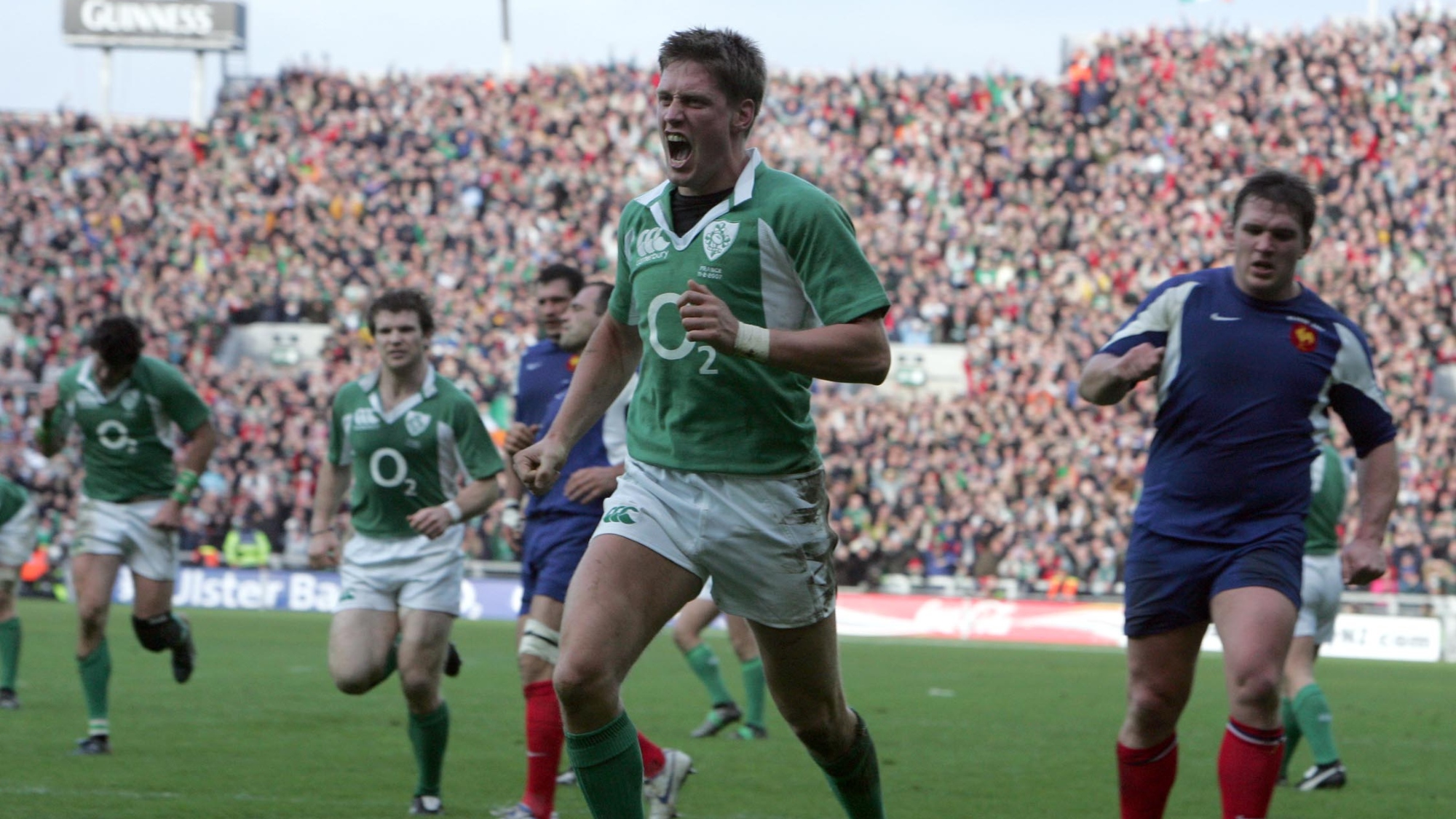 O’Gara narrowly missed out on adding the extras to his own score and his opposite number Skrela was also off target with two penalties before the break, which arrived with Les Bleus 13-11 to the good.

The second half was nip-and-tuck, with Ireland on top but unable to pull clear of a determined French outfit.

O’Gara’s 56th-minute penalty put Eddie O’Sullivan’s men in front for the first time and as tries continued to prove elusive, French replacement Lionel Beauxis tried his luck with a long-range drop goal only to see his effort come back off the post.

That meant France trailed by four when O’Gara added his fourth penalty with just two minutes to play, which left Ireland on the verge of a memorable triumph – but there was still time for a final twist.

Significantly – and fatally – Ireland failed to claim the restart after O’Gara’s late penalty, giving France one last opportunity to set up an attack.

After the pack made hard yards to take France into the Irish 22, the ball was spun out and found its way to Vincent Clerc, lurking in centre-field as he came in off his wing aiming to have an impact.

Looking up and spotting two forwards – John Hayes and Neil Best – in front of him, the jet-heeled Clerc seized his opportunity to exploit the gap and dart over for a match-winning score in the dying moments which silenced the raucous Dublin crowd.

Skrela’s conversion wrapped up a 20-17 victory, ending Ireland’s hopes of a first Grand Slam since 1948 in what turned out to be the only defeat O’Sullivan’s side suffered in the 2007 Championship.

It proved a pivotal one, however, as France bounced back from a Round 4 reverse at Twickenham to convincingly beat Scotland in Round 5 and seal the title on points difference, leaving Ireland to settle for the runners-up spot.