Andy Farrell is expecting a tough test against Italy next weekend, as Ireland travel to Rome in search of their first win of the 2021 Guinness Six Nations.

Ireland lost to Wales in Round 1 after Peter O’Mahony’s early red card, before France claimed their first win in Dublin for ten years last Sunday.

Italy have also endured a tough start to the Championship, losing at home to France and away to England.

The Azzurri have only beaten Ireland once since joining the Championship but Farrell insists they carry plenty of threat.

The Big Interview: Leonardo Ghiraldini on retirement and Italian urgency

“If you just looked at the scorelines, you’d say that everything should be rosy in Rome, but we know the facts,” he said.

“We’ve watched the Italian side and they’re playing some good rugby. As it proved last week at Twickenham, they caused all sorts of trouble. If you don’t respect the game in general, then you can become unstuck.

“A couple of times teams have tried to approach the game a little bit differently and have really come unstuck against Italy. That’s in the recent past as well.”

One area of strength for Ireland has been the lineout and they stole four against Wales in an impressive Round 1 outing.

The addition of former lock Paul O’Connell to the coaching team has been widely commended and Farrell heaped praise on the former Ireland captain. 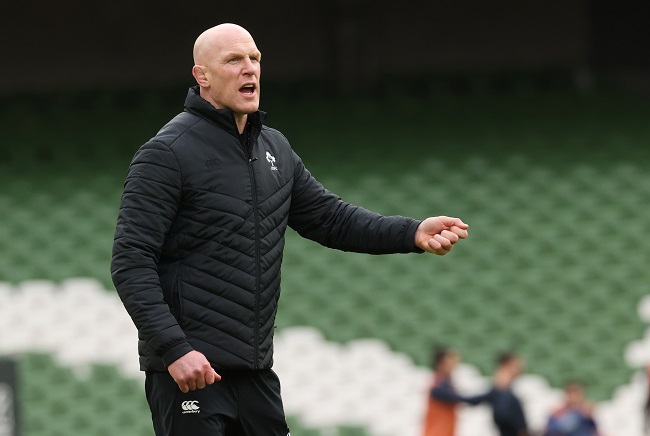 “I think he’s been great. Anyone with Paul’s experience, that he’s got, just his general knowledge of rugby. Never mind forward players, he’s going to add to any environment. I’ve been really impressed,” he said.

“Obviously people talk about Paul regarding lineout and maul, etc., how he has a love and passion for that, but it’s not the whole picture at all.

“He has passion for all sorts of play, it’s not just forward play. He’s doing a great job at getting across all areas of forward play. That’s why we didn’t name him as lineout coach. That’s why he’s the forwards coach.”