We know it’s all you’ve been thinking about for the last two weeks, but now it’s time to make the big decisions – just who are you going to pick for your Fantasy Rugby team ahead of Round 3?

Whether you’re worrying about your wingers or fumbling over full backs, we’ve got you sorted ahead of the weekend, with four tips for who to include if you want to keep pace with the players at the top of the leaderboard.

Where will the points be won and lost when the two sides still hunting for a first victory in this year’s Championship go head-to-head in the first action of the weekend, as Ireland travel to Rome to face Italy?

And who will come away victorious as Wales and England do battle at Principality Stadium, as Wayne Pivac’s side look to get their hands on the Triple Crown?

Unfortunately our crystal balls don’t give us all the answers, but they do tell us just who to look out for when the weekend’s action gets underway, and where the value is when you’re picking your team.

If it’s a bargain back that you are after, you could do a lot worse than drafting in Italian fly-half Paolo Garbisi for Round 3, with the Azzurri’s creative genius looking more and more dangerous as the weeks go by.

The No.10’s quick hands and quick thinking helped to pave the way for the opening score at Twickenham in Round 2, as Italy took a surprise early lead against England, with Monty Ioane going over in the corner.

That was just a snippet of what the young talent can do, and at just 20-years-old we are seeing him mature right in front of our eyes. He won’t be available at that sort of price for long, trust us on that one.

He may have missed out on Ireland’s 15-13 defeat to France last time out, but Sexton will be raring to go this weekend as the Men in Green travel to Rome to face Italy.

Andy Farrell’s side are still searching for their first victory in 2021 after defeats to Les Bleus and Wales, and will be going hell to leather to produce a promising performance at Stadio Olimpico.

We can expect a full-frontal Ireland display this weekend, and Sexton will more than likely be at the centre of it, with his link up with Jamison Gibson-Park sure to cause the Italians all sorts of problems.

There aren’t many people more reliable with the boot either, and with Italy conceding 23 penalties already in this year’s Championship, Sexton could be having a field day from the kicking tee.

The Bath star will be brimming with confidence heading to Cardiff this weekend, having helped himself to two tries in England’s 41-18 victory over Italy at Twickenham last time out.

That performance against the Azzurri was enough for Watson to be the Fantasy Rugby top-scorer for Round 2, with a mammoth score of 115.5 points sure to have fired anyone who had him in their XV way up the table. 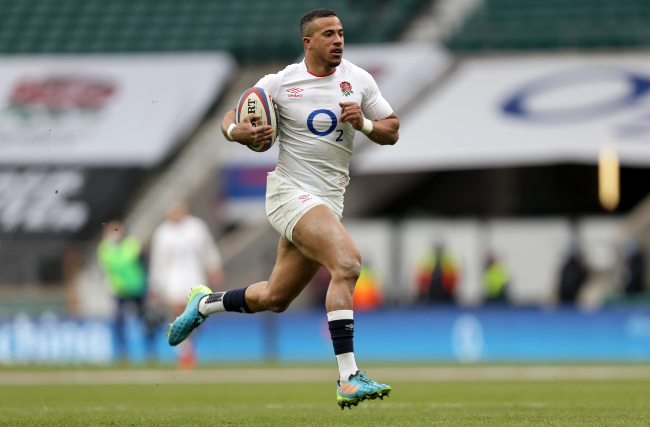 The speedster will be hoping to cause havoc with the Welsh defence once again at Principality Stadium, just as he did in 2020 when he crossed for an early score in a 33-30 win for Eddie Jones’ side.

No English player has scored more Fantasy Rugby points than Watson in the two matches played so far, and you can bet your bottom dollar that fact will remain true after the final whistle this Saturday.

You didn’t think we were going to leave the Welsh wizard off this list, did you?

Sometimes you just have to go route one when you’re playing Fantasy Rugby, and Louis Rees-Zammit is your express ticket to the top of the standings, with the Gloucester winger in red-hot form heading into Round 3.

The 20-year-old backed up his Round 1 match-winning performance against Scotland with another show-stopping display against Scotland last time out, with a pair of tries of the highest order earning his side the dramatic win in Edinburgh.

His superb chip and chase to win the game was something right out of the top drawer, and was well-deserving of a Guinness Six Nations Player of the Match award, which earned him 92 points for his efforts.

Rees-Zammit will have Jacob Stockdale’s single-season record of seven Guinness Six Nations tries in his sights heading into the final three rounds of the Championship, and if you have him in your team you too can celebrate each and every score the Welshman produces.

Share this article:
Previous Story Farrell: Carbery needs time to get back to his best
Next Story Guinness Six Nations teams: Round 3