Wales’s thrilling victory over England in Round 3 of the 2021 Guinness Six Nations didn’t just keep them on course for a Grand Slam but delivered an always-sweet Triple Crown.

It was the 22nd Triple Crown won by a Wales team in Championship history – a number that trails only England, who have claimed the honour on 26 occasions.

From the early Championships in the 19th century, through the dominant teams of the 1970s to the Warren Gatland-era conquerors, the Triple Crown has always held a special place in Welsh rugby history. After all – what’s more satisfying than beating your closest rivals?

Of the current Wales crop, the likes of Alun Wyn Jones and George North already have multiple Triple Crowns to their name but Saturday’s success saw newcomers such as Kieran Hardy, Calum Sheedy and Louis Rees-Zammit all experience that thrill for the first time and join an illustrious club stretching back almost 140 years.

So to celebrate another Triple Crown heading to Cardiff, allows us to run you through the relationship between Wales and this particular achievement.

What is a Triple Crown?

Let’s start with the basics. The Triple Crown is awarded in the Guinness Six Nations when one of England, Ireland, Scotland or Wales beat all of the other three teams in a single Championship. 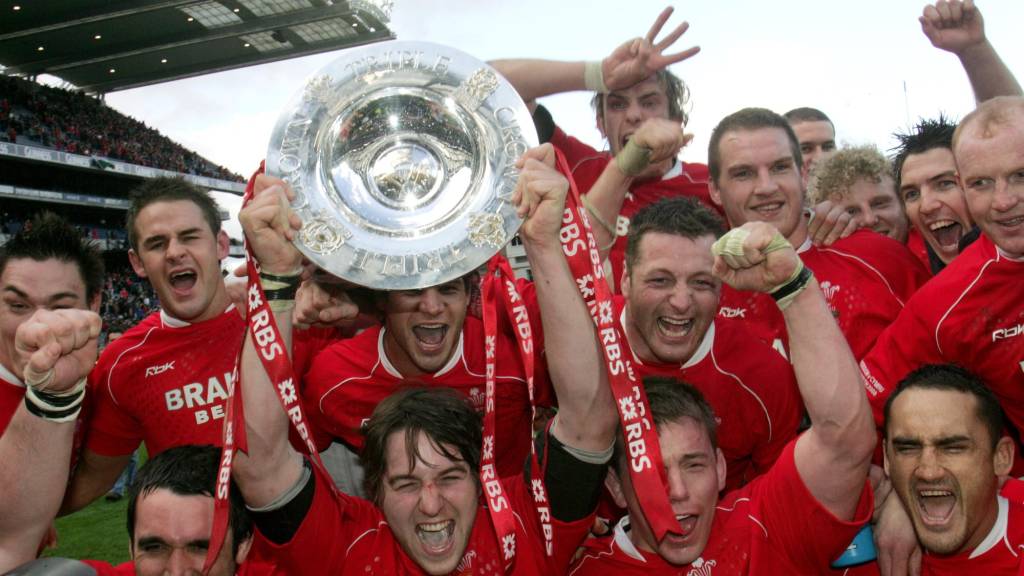 Unsurprisingly, as it involves winning fewer games, it’s more common than a Grand Slam (as a point of comparison there have been 15 Triple Crowns won since the Five Nations became Six back in 2000, with 11 Grand Slams in that time) although still not easy to achieve.

The concept dates back to the original Home Nations Championship – predecessor of the Five, then Six Nations, involving only the aforementioned four teams – when it was an informal honour for the team that won the Championship with three straight victories, much like the modern Grand Slam.

A maiden Triple Crown was achieved in the very first Home Nations Championship in 1883, as England beat all three of their opponents to lay down an early marker before repeating the trick the following year.

Of course, rugby looked very different in the late 19th century, with matches in that first Home Nations decided on ‘goals scored’ with a goal awarded for a successful conversion from a try, for a drop goal or for kicking a goal from a mark.

If a game was drawn – as happened in the Championship’s final game between Scotland and England in Edinburgh – then any unconverted tries were tallied to find a winner, with England’s two tries to Scotland’s one separating the sides following a 0-0 draw and securing the Red Rose the first-ever Triple Crown.

The first recorded written use of the specific term ‘Triple Crown’ came in the Irish Times in 1894, referring to Ireland winning all their games in that year’s Home Nations and by the early 20th century it appears to have been common parlance.

This @WelshRugbyUnion side will have made a nation proud today.

Racking up the Triple Crowns

Wales secured their first Triple Crown, and only one of the 1800s, in 1893 as the Arthur Gould-captained side edged England 12-11 in Cardiff, downed Scotland 9-0 in Edinburgh and completed the job with a 2-0 victory over Ireland in Llanelli.

Once France joined the party in 1910 to make the competition the Five Nations, a Triple Crown no longer automatically guaranteed overall Championship success, although Wales did indeed win both in 1911.

And on the whole, a Triple Crown was normally indicative of the destination of the Five Nations title, as it took until 1977 for a team to win a Triple Crown but not claim the overall Championship gong.

That team was Wales who, despite being in their Gareth Edwards-Phil Bennett-J.P.R Williams-inspired pomp, suffered a 16-9 defeat to a vintage France side in Paris as the title and Grand Slam headed across the English Channel.

Wales could at least console themselves with having beaten each of the home nations to secure bragging rights for another year – something they became intimately familiar with during that period.

Having suffered a 39-year drought between Triple Crowns after 1911 – albeit with the number of Championships completed reduced due to two world wars – Wales got back on the horse in 1950 and repeated the feat in 1952 and 1965.

Then came their glory period as, in the 11 Five Nations Championships between 1969 and 1979, Wales won a remarkable six Triple Crowns with none of the other home nations claiming even one during that time. 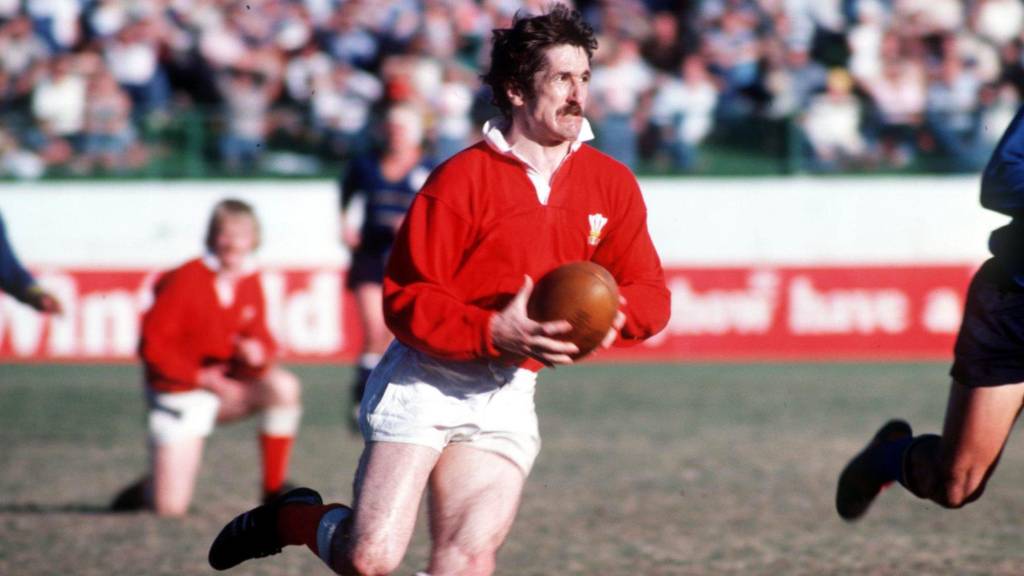 The Clive Rowlands, then John Dawes-coached sides were inarguably the best team in the northern hemisphere and perhaps the world, although the lack of a World Cup at that time makes the latter claim somewhat unprovable.

They were certainly the strongest of the home nations but in the 26 years that followed their 1979 success, the Triple Crowns dried up with just a sole triumph in 1988 to show for their efforts.

Interestingly, for most of the Championship’s history, there was no actual trophy awarded to the winner of the Triple Crown, with the achievement sometimes being referred to as the ‘invisible cup’.

However, with bragging rights over your local rivals up for grabs – not to mention an increased chance of winning the overall title – it has always been considered an impressive accomplishment and, in 2006, London-based Hamilton & Inches were commissioned to create a dedicated Triple Crown trophy. 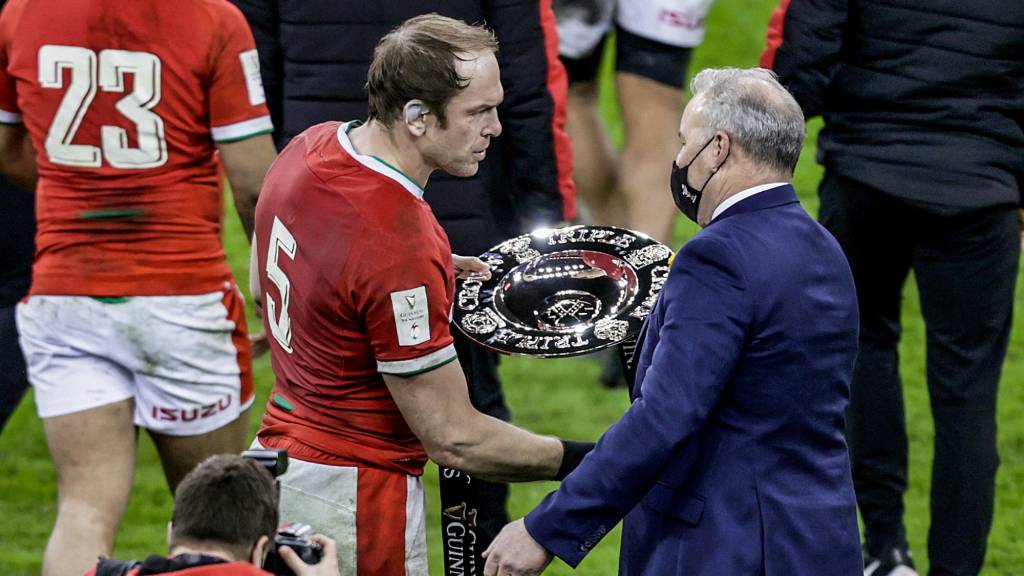 This year’s victory – sealed with the thrilling 40-24 win over England at the weekend – means they have now claimed five Triple Crowns in the Six Nations era, equalling the number secured by England and Ireland in that period.

England still lead the way overall with 26 Triple Crowns but on 22, just four behind, their rivals from across the Severn Bridge are closing the gap

And if any Wales fans are looking for omens surrounding the 2021 Guinness Six Nations, it’s worth noting that every time your side have won a Triple Crown since the Five Nations became Six in 2000, they’ve gone on to clinch the Grand Slam…