The list of Guinness Six Nations accolades for Brian O’Driscoll are almost endless – no player has scored more tries in the Championship than his 26 and only one, Sergio Parisse, has made more appearances.

The great Ireland centre has also been named Player of the Championship more times than anyone else – three – with the first of those coming in 2006.

It was a year in which he became the first captain to hold aloft a physical Triple Crown trophy, as Ireland finished second in the table, behind champions France on points difference only. 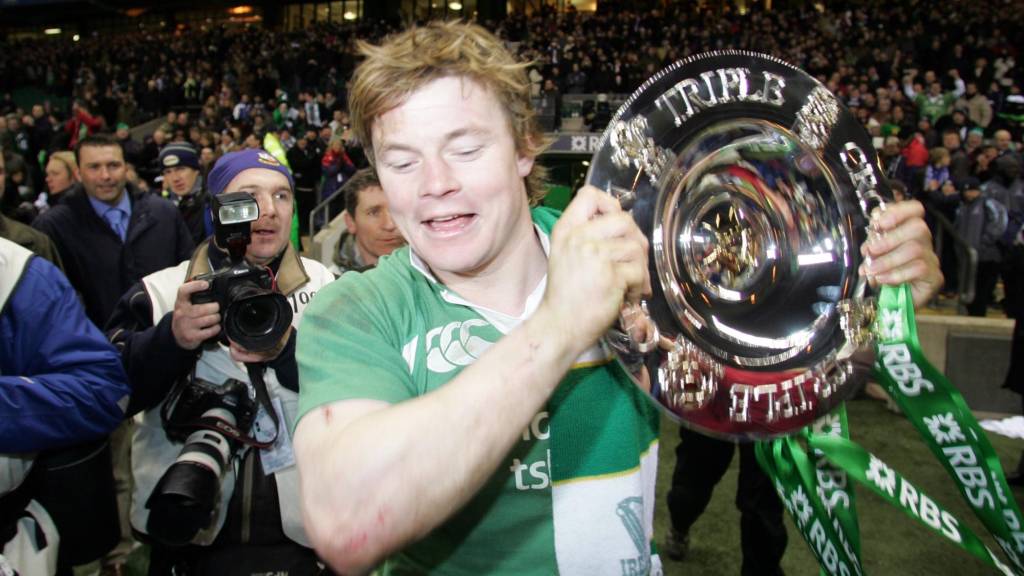 It proved to be a spectacular return to form for O’Driscoll, whose time as captain of the British & Irish Lions had ended in disappointment the previous summer.

RISING FROM THE ASHES

O’Driscoll had been given the honour of leading the Lions in New Zealand in 2005, but his tour was curtailed by a spear tackle in the first minute of the first Test against the All Blacks.

Aged 27 by the time the 2006 Six Nations rolled around, O’Driscoll was entering his peak years as a player, with Ireland emerging as contenders after a lean couple of decades.

They didn’t have the easiest of starts, however, as Italy put up a brave resistance in Dublin before eventually being beaten 26-16, thanks to tries from Jerry Flannery and Tommy Bowe. 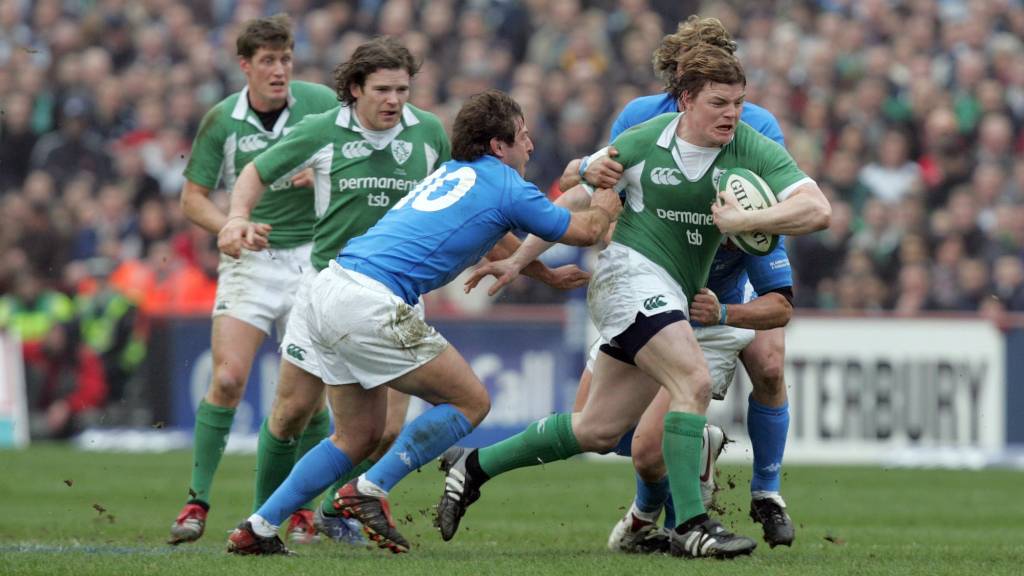 Then followed a setback against France, who flew into a 43-3 lead with six tries in the first 48 minutes before eventually easing off, allowing Ireland to bring the final score to 43-31.

Ireland and O’Driscoll’s fortunes improved from this point, however, against their three Triple Crown opponents, the first two of those making the trip across the Irish Sea.

Inspired by O’Driscoll, Eddie O’Sullivan’s side romped to a 34-5 win against Wales, with O’Driscoll setting up the try for Shane Horgan early in the second half that allowed the hosts to pull clear. 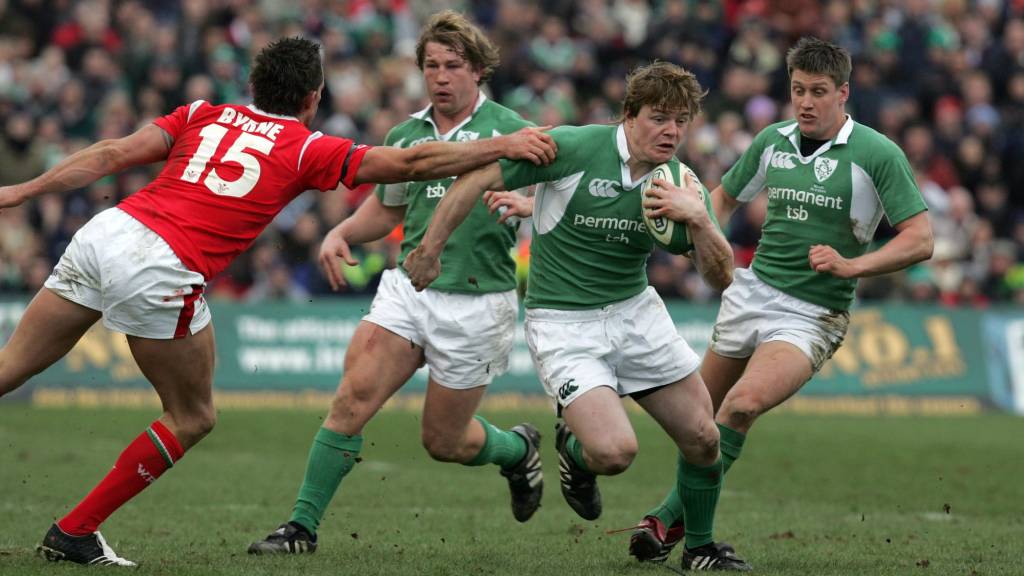 Then came the honour of leading Ireland out for what was the last-ever Championship match at Lansdowne Road, for which Scotland were the visitors.

Unfortunately, the old place wasn’t given the most thrilling of send-offs, although Ireland did emerge victorious, with five Ronan O’Gara penalties earning a 15-9 victory over the Scots.

Buoyed by these two results, the men in green headed over to Twickenham on the Championship’s final day, with a second Triple Crown in three years there to be won. 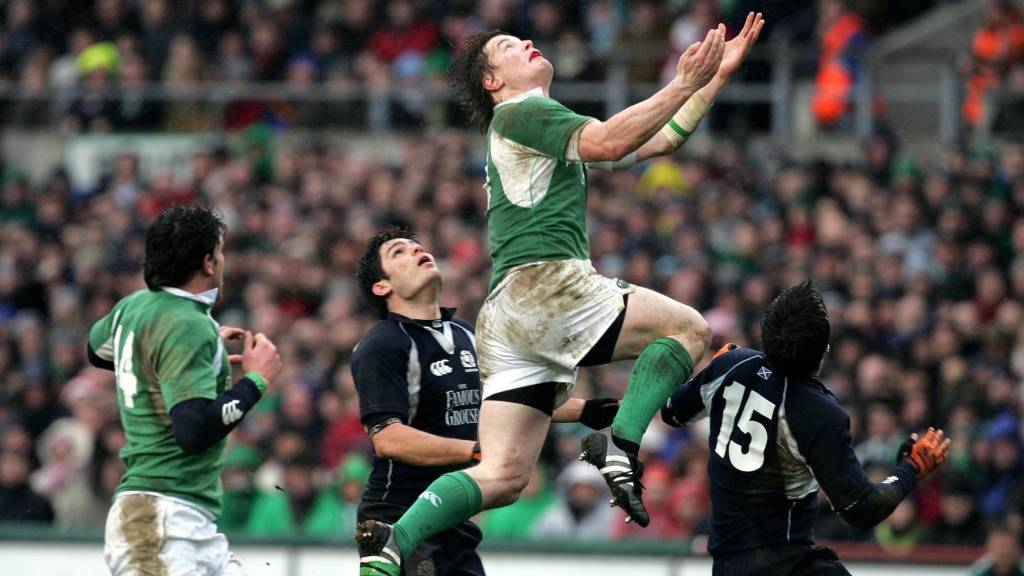 CROWNING GLORY FOR THE CAPTAIN

England were reeling from two straight defeats, but they came flying out of the traps, with Jamie Noon’s try opening the scoring after just over a minute.

O’Driscoll quickly managed to fashion a response for Ireland, with his kick through allowing Horgan to make the most of a Ben Cohen mistake to go over.

It became a nip-and-tuck contest from this point, with England leading 24-21 going into the closing stages, only for Horgan to squeeze into the corner in the 79th minute to snatch a 28-24 victory.

For the first time, the Triple Crown had a physical reward in the form of a trophy and it ended up in the hands of O’Driscoll, one of many pieces of silverware he picked up during a glittering career. 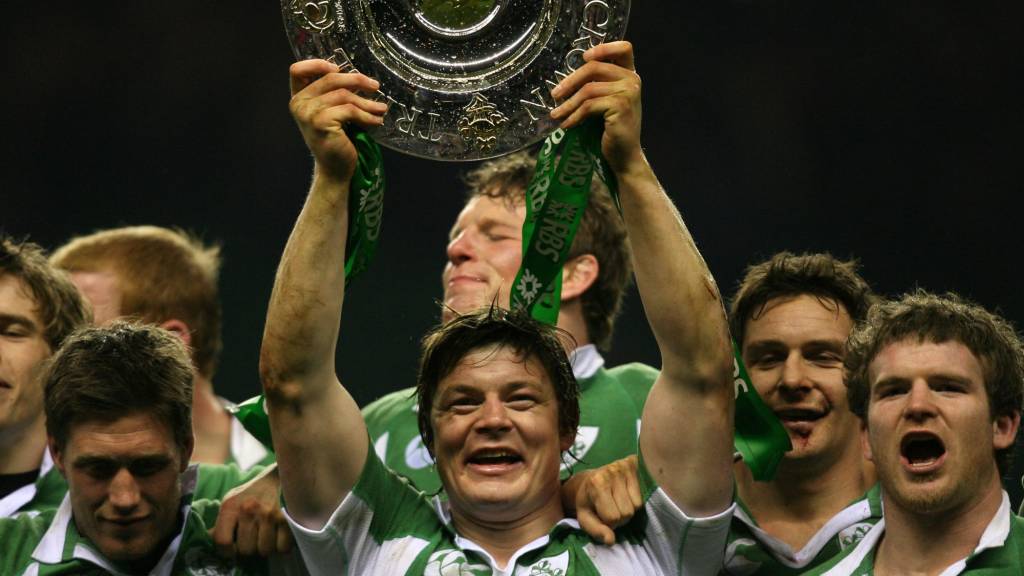 O’Driscoll was one of 20 players nominated for Player of the Championship and one of seven Irishmen, alongside Flannery, Simon Easterby, Horgan, Denis Leamy, O’Gara and David Wallace.

That he finished above those, as well as the likes of Christophe Dominici, Raphael Ibanez and Stephen Jones, is a testament to the class he displayed that year, even as France were crowned champions.