Benjamin Kayser loves when spirit trumps skill – so even he could admire the last-gasp Scottish heroics that denied France the Guinness Six Nations title.

All the pre-match talk was on France’s need for a convincing bonus-point win to usurp Wales but Gregor Townsend’s side were not providing a final-game exhibition, winning in Paris for the first time since 1999.

Four minutes of red-zone time and 20 phases of rugby had passed before the flying winger brought the curtain down on a Championship that will live long in the memory for fans, players and pundits alike.

“I love rugby when it’s decided on heart. I saw some kick chases where there were seven Scottish players chasing down Brice Dulin,” said Kayser, who earned 47 caps for his country and was part of BBC Sport’s punditry team for the final match.

“There was a lot of commitment, every dropped ball had a Scotland jersey on it and that’s sheer heart, will and desire to win. In rugby, that will get you a long, long way.

“The discipline was key in the second half. France weren’t able to score twice consecutively and that’s what Scotland did very well in that game.

“They kept on coming back with grit, with resilience, with determination and they never let France put them away.

“I said before the game that an average performance would not be enough for France, they needed an extraordinary performance and that clearly wasn’t one.” 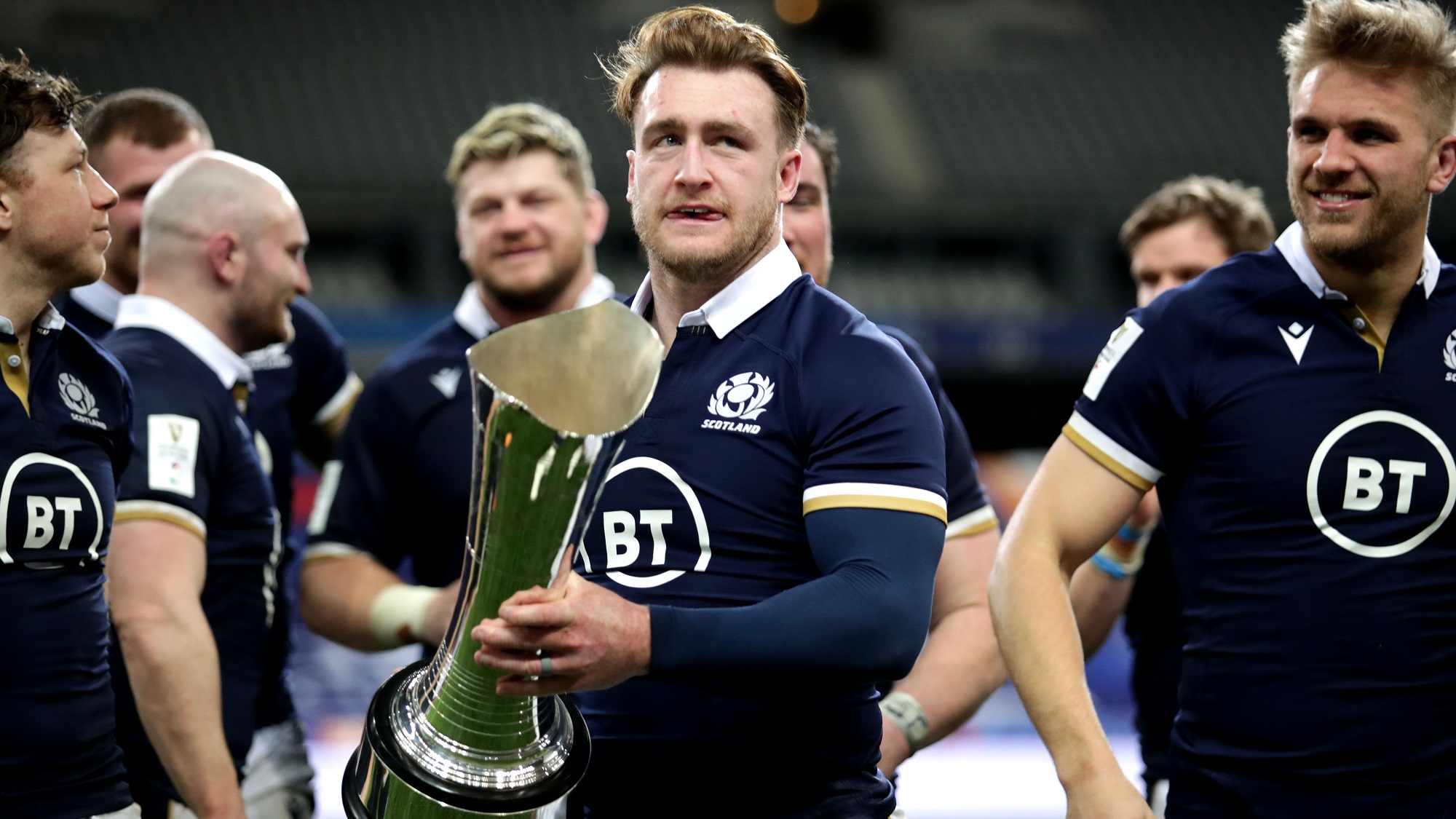 Captain Stuart Hogg outlined during the week how Scotland would not roll over and allow France to waltz to the Guinness Six Nations title.

His side more than backed him up on the pitch, recovering from a penalty-laden first half to turn the tide after the break.

So a first victory on French territory in the Six Nations era was far from undeserved, once again righting the wrongs of national history having beaten England in Round 1.

Kayser was not alone in his praise for the visitors, with former Scotland internationals John Barclay and Andy Nicol feeling they have turned a corner over the past two months.

“What a bookend, winning at Twickenham and then in Paris. In the last six months, we’ve got three monkeys off Scotland’s back which is fantastic,” said Nicol.

“What a victory for Scotland, what a gutsy performance to stay in that game, it’s about staying in there until the last minutes.

“What a try to win it. Van der Merwe, my goodness. There is nobody else you would want there in that situation to score the winning try.

“So many players stood up for Scotland – Hamish Watson and Chris Harris were outstanding but, to a man, they all contributed. There were some big performances out there.” 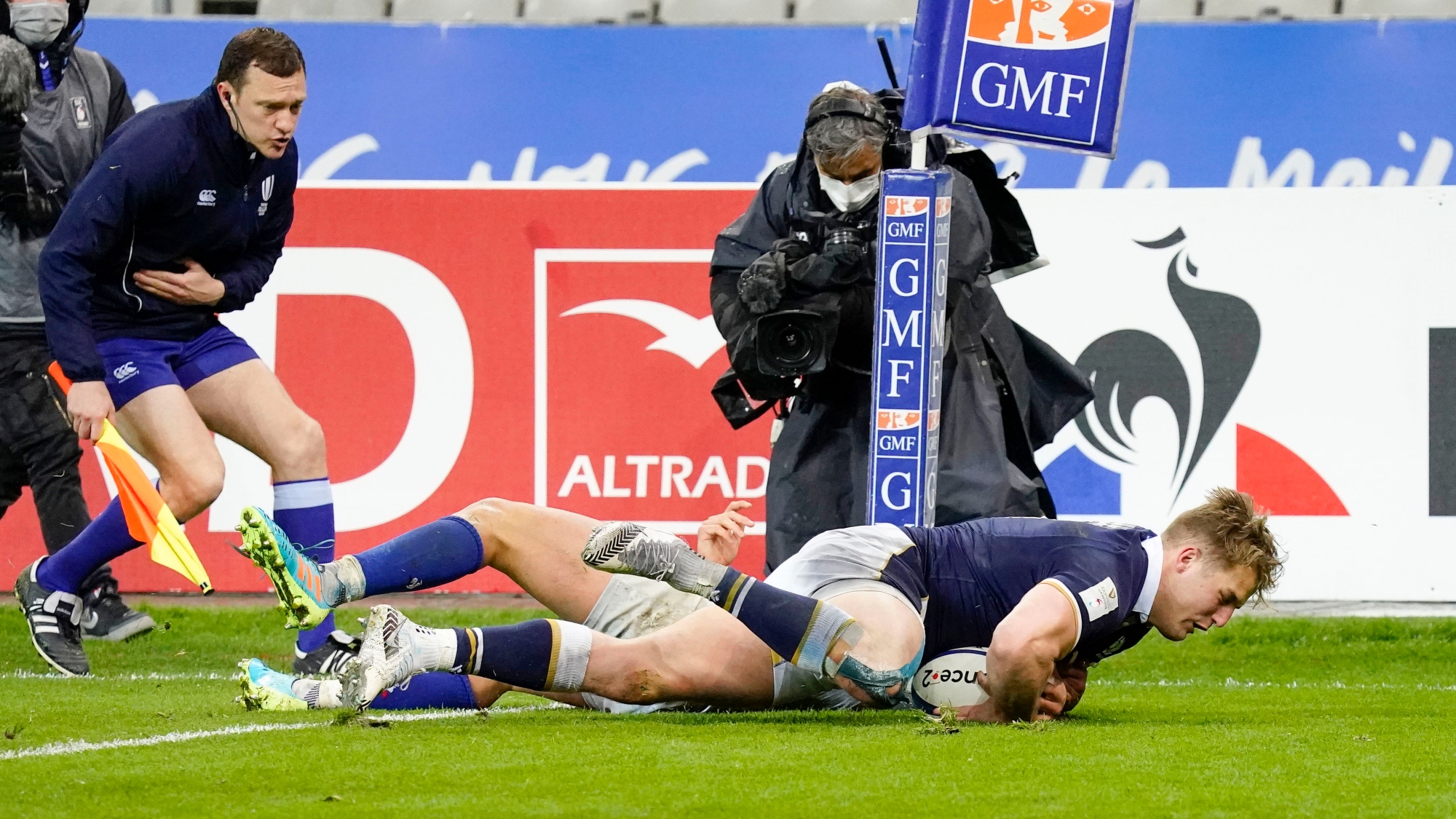 Given everything that had gone before in a thrilling Championship, it was only right that one final moment of drama would come in the last act.

Barclay said: “That sums up the Six Nations, it’s been incredible – the games have gone to the wire. I don’t know what else you’d want from a game of rugby?

“The games are so tight and are decided by one score.

“This Scotland team has come a long way. Their brand of rugby is exactly the way they want to play.

“They’ve been in every game – the two they lost came in the very last moments of the game, and I think the health of Scottish rugby is good.”

But the final word of this unforgettable Championship goes to Kayser.

The wait for a title goes on but the impact of the past two months certainly hasn’t been lost on the Frenchman.
“The Six Nations is such a special tournament,” he said.

“It’s something that’s in our rugby heritage and close to our hearts, the players show all their passion and heart on the field and it’s extraordinary to see.”

Share this article:
Previous Story Pivac ‘over the moon’ with Championship triumph
Next Story Every Wales try from the 2021 Guinness Six Nations