Scotland may not have ended their wait for the Championship title, but they made history twice by securing memorable away wins against England at Twickenham and France in Paris.

In fact, their fourth-placed finish belies the improvements Gregor Townsend’s men have made over the past 12 months as narrow defeats to Wales and Ireland proved costly.

But in Van der Merwe there is no doubt that Scotland possess one of the most exciting wingers in world rugby, a player who can change a game within a blink of an eye. 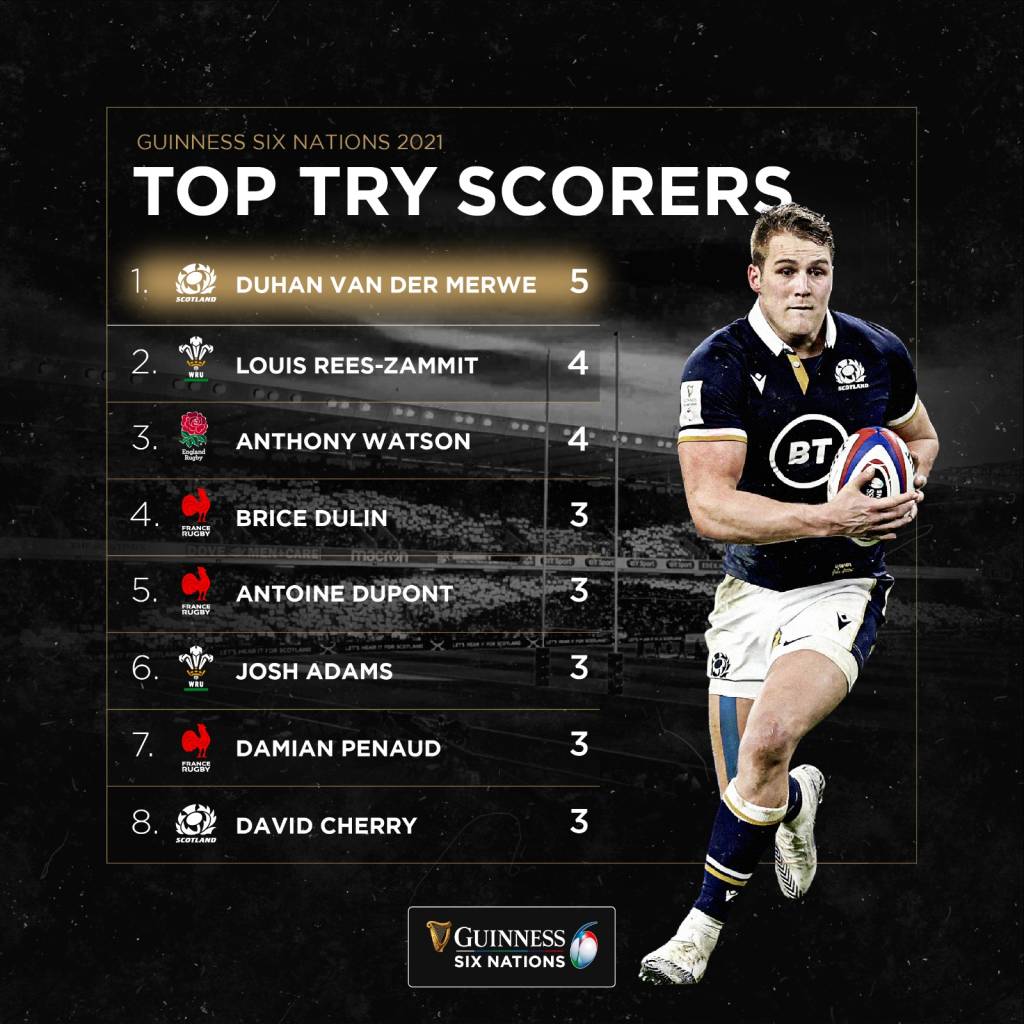 The South African-born star finished as the Championship’s top try-scorer with five, despite facing stiff competition from the likes of Louis Rees-Zammit and Anthony Watson (both on four).

To celebrate a Championship to remember, which has seen him take his international tally to eight tries in ten Tests, here’s a look at all of his tries from his first Guinness Six Nations.

It did not take long for Van der Merwe to introduce himself to the Championship, having already crossed the line three times for Scotland during last year’s Autumn Nations Cup.

Vote for the 2021 Guinness Six Nations Player of the Championship

The Edinburgh winger scored the only try of the game in the 29th minute as Scotland stunned defending champions England and ended their 38-year wait for a victory at Twickenham.

Van der Merwe demonstrated his raw strength as he muscled his way through three tacklers to dot down in the corner from ten metres out following a slick passing move. 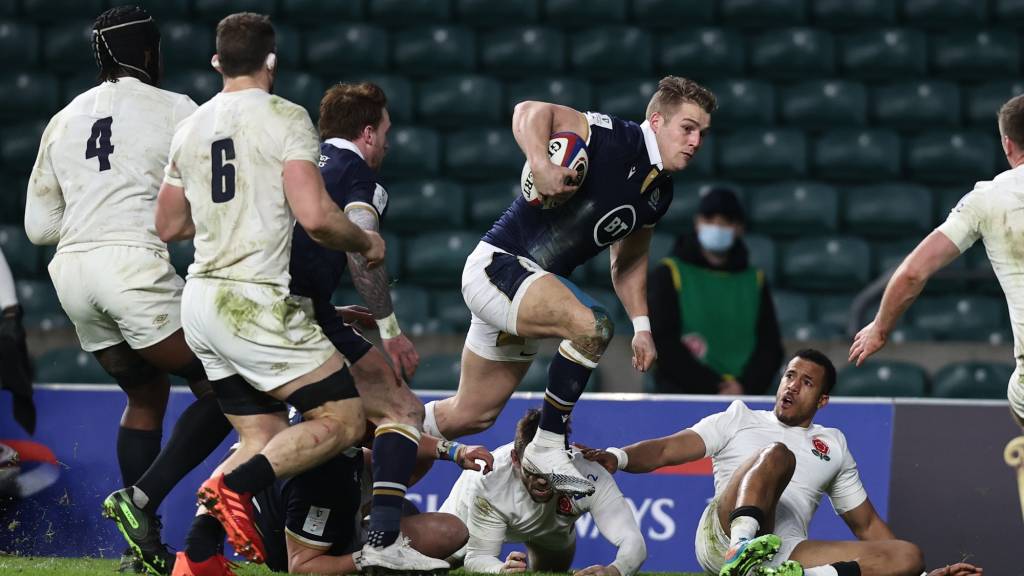 He proved a constant menace to the England defence right up until the final whistle, carrying seven times for 39 metres, as Scotland prevailed 11-6 to clinch the Calcutta Cup.

The famous win was Scotland’s first on the road at Red Rose HQ since 1983 but while Van der Merwe played an integral role to the triumph, he was only just getting started.

While his name was missing from the scoresheet in the 25-24 Round 2 defeat to Wales, Van der Merwe continued to impress as he racked up 103 metres from ten carries.

He registered similar stats against Ireland, finishing just shy of 100 metres from another ten carries as Scotland returned to Championship action with another narrow loss in Round 4, 27-24.

But just as Scotland’s campaign showed signs of faltering, Van der Merwe produced a show-stopping display on Super Saturday as he scored twice in a 52-10 win over Italy. 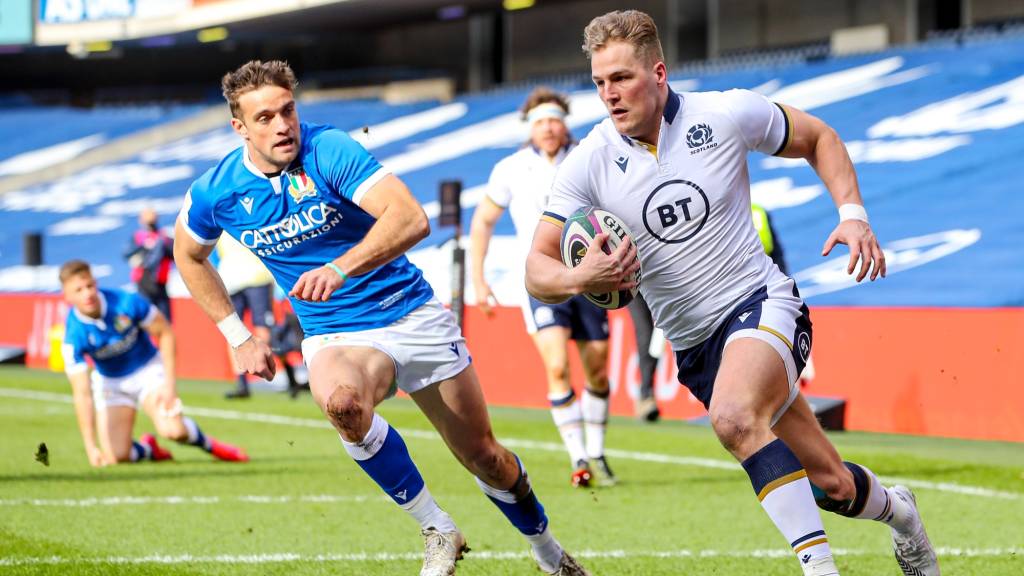 His first try arrived in the 13th minute following a scything break from Huw Jones before the ball was recycled to Van der Merwe who stepped on the gas to score in the corner.

He repaid the favour to Jones before the half-hour mark with his own blockbuster surge which allowed Stuart Hogg to flick the ball to the centre to run in unopposed under the posts.

And he capped off a brilliant individual performance in the 70th minute by finishing a quick counter-attacking move, which saw Scotland turn defence into attack from their own 22.

Scotland were due to meet France for their Round 3 encounter in February, but the game was rescheduled for after Super Saturday due to a Covid outbreak in the Les Bleus camp.

With the hosts still in contention for this year’s title, much of the build-up was dominated by speculation over whether Fabien Galthie’s side could spoil Wales’ party.

But the visitors had their own script in mind and thanks to another Van der Merwe double, Scotland claimed their first away win in France since the 1999 Championship. 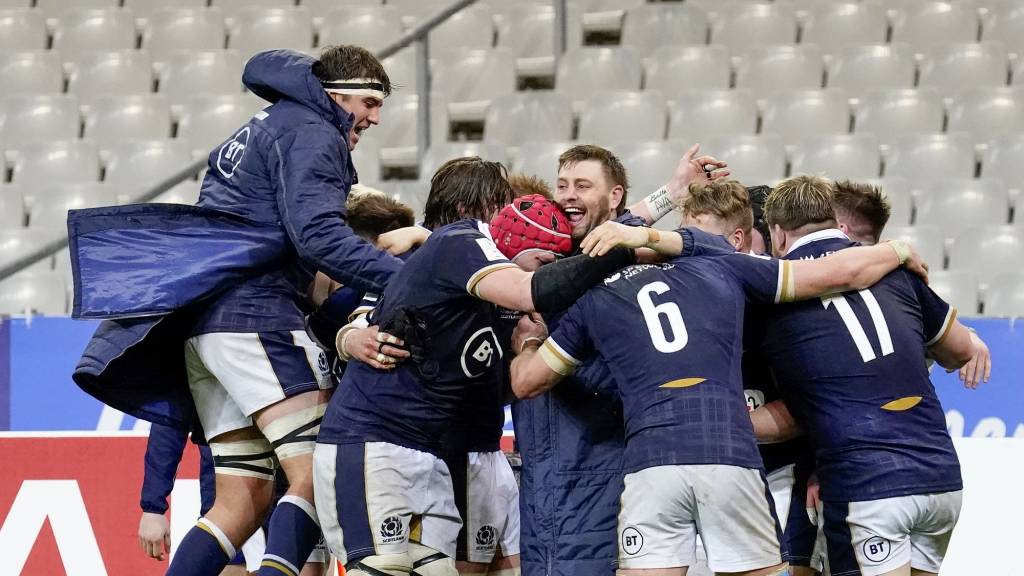 He showed his variety with the opening try of the match, burrowing over the line from a metre out on 14 minutes after a well-executed lineout move piled the pressure on the hosts.

France gradually worked their way back into the contest, though, and they led 23-20 with 15 minutes to go before Van der Merwe entered centre stage once again.

The clock went red as Scotland bore down on the France try line and after several phases, the ball was fired out to the winger, who stepped inside to complete a memorable 27-23 win.